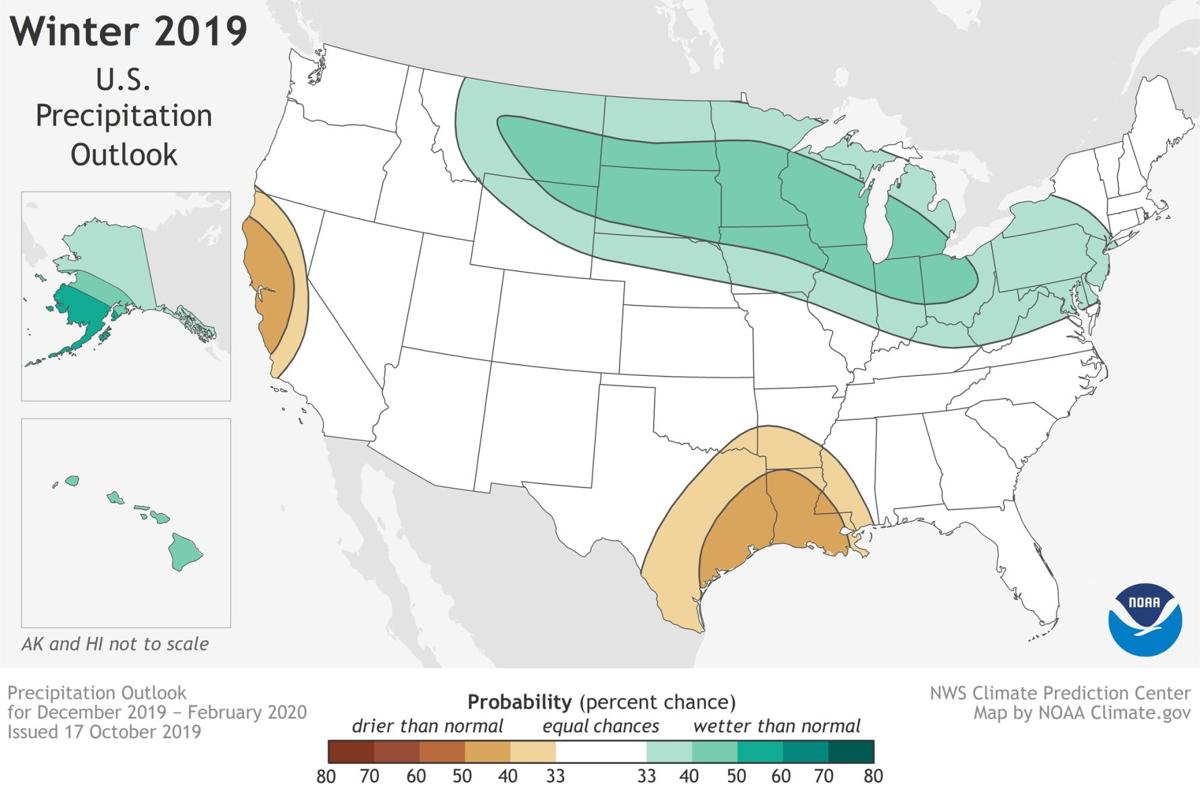 The 2019-2020 winter outlook map for precipitation shows wetter-than-average weather is most likely across the northern tier of the nation. 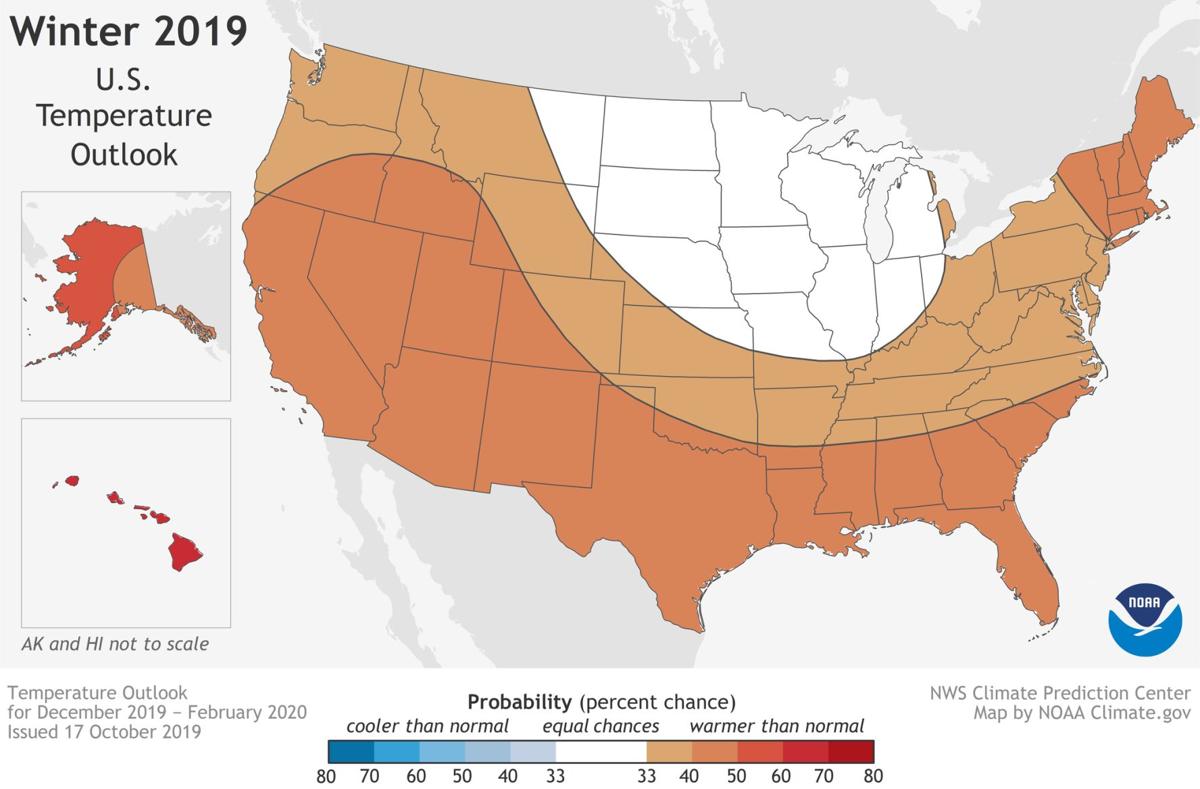 The 2019-2020 winter outlook map for temperature shows warmer-than-average temperatures are likely for much of the nation.

WASHINGTON - Warmer-than-average temperatures are forecast for much of the nation this winter, including the mid-Atlantic states, according to the National Oceanic and Atmospheric Administration’s (NOAA) Climate Prediction Center.

Weather experts predicted Oct. 17 that the mid-Atlantic states, including New Jersey, "may experience temperatures slightly above average," and precipitation "slightly wetter" than average.

However, they also cautioned that neutral conditions are in place this year, and are expected to persist into the spring, so long-term trends become a key predictor for the outlook.

“Without either El Nino or La Nina conditions, short-term climate patterns like the Arctic Oscillation will drive winter weather and could result in large swings in temperature and precipitation,” said Mike Halpert, deputy director of NOAA’s Climate Prediction Center.

The Artic Oscillation is the atmospheric circulation pattern over the mid-to-high latitudes of the Northern Hemisphere, which influences the jet stream.

"While the El Nino Southern Oscillation (ENSO) climate pattern often influences the winter, neutral conditions are in place this year," Halpert said. "In the absence of El Nino or La Nina, long-term trends become a key predictor for the outlook, while other climate patterns will likely play a larger role in determining winter weather, but its predictability is limited to a couple of weeks."

Although below-average temperatures are not favored, cold weather is anticipated, and some areas could still experience a colder-than-average winter, according to Halpert. Wetter-than-average weather is most likely to occur across the northern tier of the nation during winter.

The greatest likelihood for warmer-than-normal conditions is in Alaska and Hawaii, with more modest probabilities for above-average temperatures spanning large parts of the remaining lower 48, from the west across the south, and up the Eastern Seaboard.

No part of the nation is favored to have below-average temperatures this winter.

Wetter-than-average conditions are most likely in Alaska and Hawaii, along with portions of the Northern Plains, Upper Mississippi Valley, the Great Lakes and parts of the mid-Atlantic and Northeast.

Drought is expected to improve in portions of the Southeast, mid-Atlantic, Alaska, and Hawaii, while persisting in central Texas and the Southwest.

NOAA’s seasonal outlooks provide the likelihood that temperatures and total precipitation amounts will be above, near or below-average, and how drought conditions are favored to change. The outlook does not project seasonal snowfall accumulations, as snow forecasts are generally not predictable more than a week in advance, according to NOAA. Even during a warmer-than-average winter, periods of cold temperatures and snowfall are expected.

NOAA's Climate Prediction Center updates the three-month outlook each month. The next update will be available Nov. 21.

Seasonal outlooks help communities prepare for probable future weather conditions, and minimize  impacts on lives and livelihoods, according to NOAA. 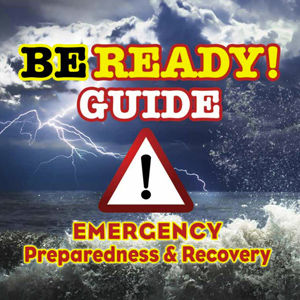