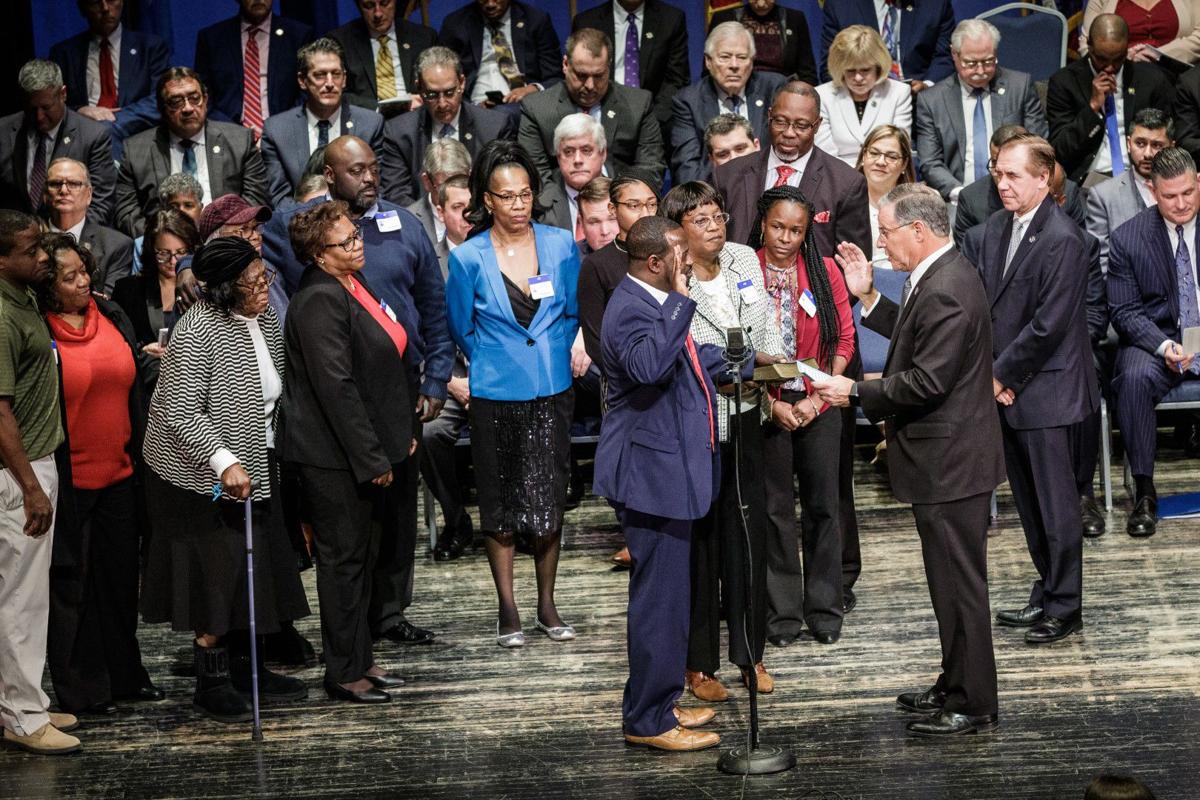 Antwan McClellan, of Ocean City, takes the oath of office as assemblyman Jan. 13. He will serve on the Assembly's Tourism and Gaming, Appropriations and Homeland Security committees during his tenure. 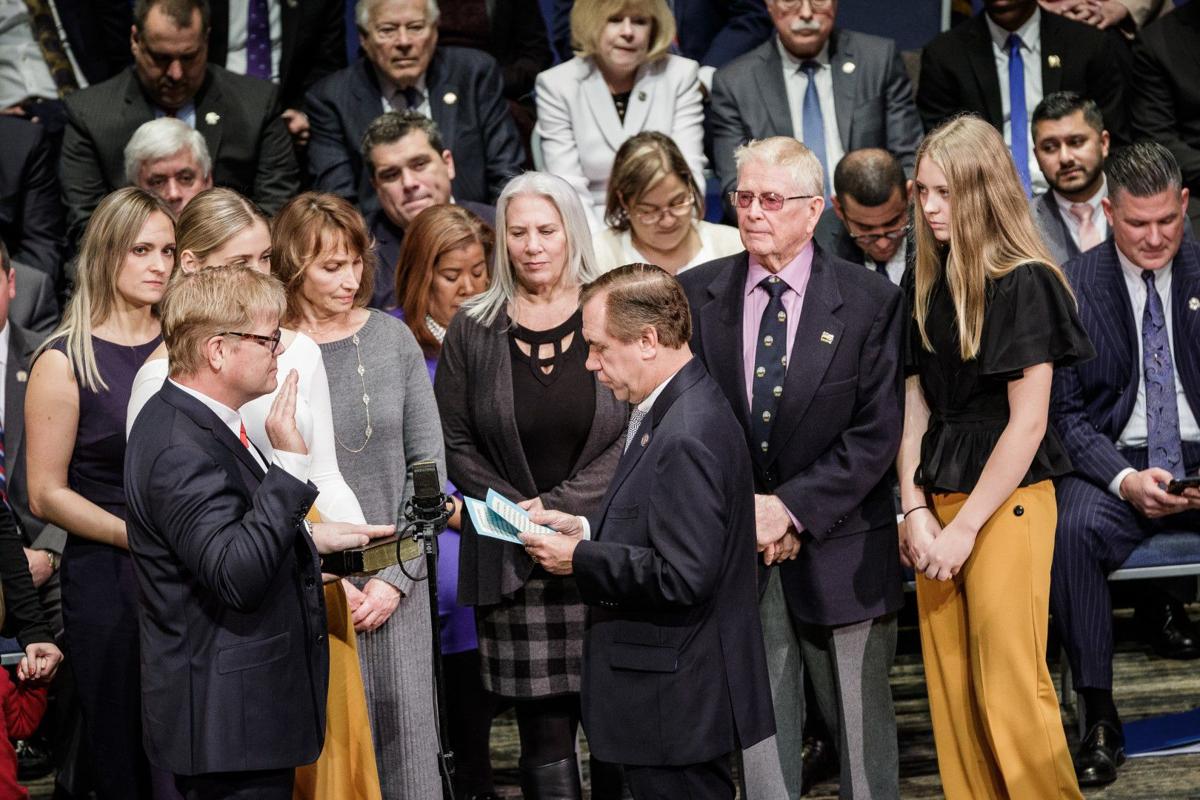 NOTE: The Cape May County Herald is offering full coverage of the COVID-19 / coronavirus emergency to all, with no payment required. We are committed to ensuring our readers can make critical decisions for themselves and their families during this ongoing siutation. To continue supporting this vital reporting, please consider a digital subscription. For more coverage, subscribe to our daily newsletter.

TRENTON - Representing the 1st Legislative District as members of the state Assembly’s 219th Legislative Session, Erik Simonsen and Antwan McClellan were sworn into office at the War Memorial, in Trenton, Jan. 13.

“I want to work across the aisle so we can pass legislation that will help our residents,” said Simonsen (R-1st). “Just because we are at the bottom of the state doesn’t mean we deserve the bottom of the barrel. I will no longer let Trenton ignore our district. Our residents and our concerns matter, and I look forward to making sure our voices are heard and changes are made.”

According to a release, Simonsen, of Lower Township, will serve on the Community Development, Education, and State and Local committees.

“New Jersey is totally unaffordable and people are tired of it,” said McClellan (R-1st). “I am anxious to get to work so that we can address the high taxes that are hurting income-limited seniors and families who are leaving the state. We need to make taxpayers the priority.”

McClellan, of Ocean City, will sit on the Assembly’s Tourism and Gaming, Appropriations and Homeland Security committees.

In November, along with Sen. Mike Testa (R-1st), they bucked a national trend and successfully flipped the 1st District from Democratic to Republican.

City Council members bid an emotional farewell to Antwan McClellan at his last meeting before taking the oath of office as a New Jersey assemblyman.