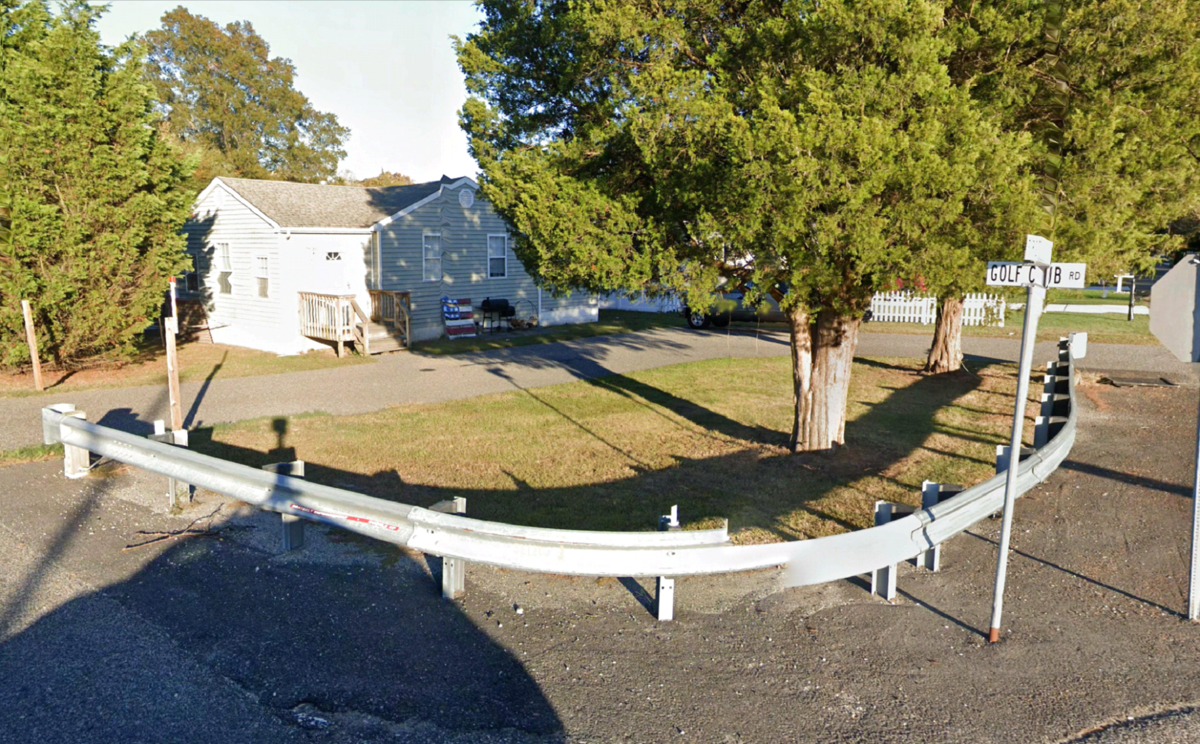 The guide rail at the Garden State Parkway Exit 9 off-ramp was damaged as a result of an accident, in late 2019. 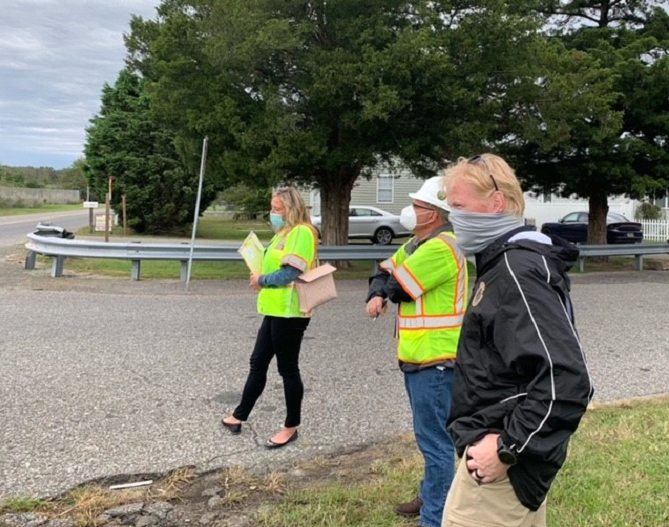 Engineers from the New Jersey Turnpike Authority, left, and Assemblyman Erik Simonsen (R-1st), right, were among those who met near the Garden State Parkway Exit 9 off-ramp Oct. 2 to discuss needed repairs and safety improvements.

According to a release, a detailed action plan was developed following the Oct. 2 meeting, near the Garden State Parkway's Exit 9 off-ramp. It was the culmination of months of communication between Middle Township and the NJTA, which oversees the Parkway.

Neighbors in the area of Golf Club Road and East First Avenue, whose properties have been damaged by a series of accidents, originally reached out to the township for help, in late 2019. The most urgent issue was a guide rail that was compromised as a result of the crashes.

“The guide rail is the only thing keeping wayward vehicles from striking (homes) and the guide rail is severely damaged and no longer securely anchored in the shoulder,” Mayor Tim Donohue wrote in an email to the NJTA, in February.

The NJTA operations team was set to review the damage, but the COVID-19 crisis disrupted that plan. By the time the Exit 9 off-ramp issue was revisited over the summer, the guide rail had been struck and damaged again, underscoring the need for additional safety measures.

At the Oct. 2 meeting, attended by Donohue, Middle Township Police Chief Christopher Leusner, Superintendent of Public Works Robert Flynn, and engineers for the township and the NJTA, the township discussed the urgency of repairing the guide rail.

The NJTA also pledged to review other potential measures to decrease speeds at the exit ramp:

1. Lighting upgrades along the exit ramp

1. Repair of two lights that have been damaged or knocked down in accidents

3. Removal of confusing signage and adjustment of the stop sign at end of ramp

The NJTA expects guide rail repairs to be completed within the next few weeks.