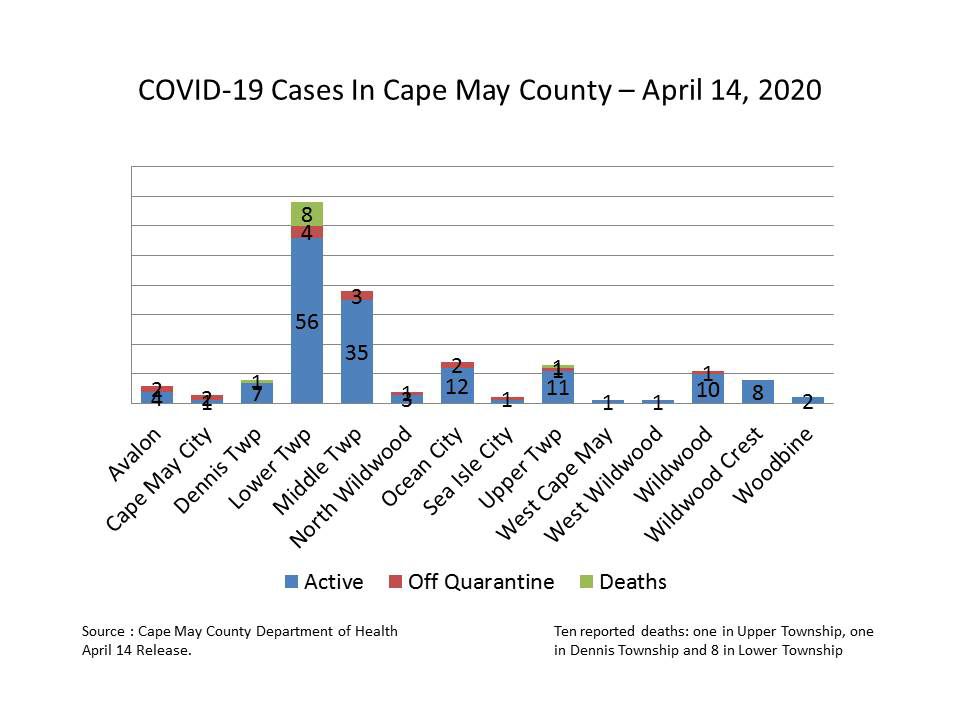 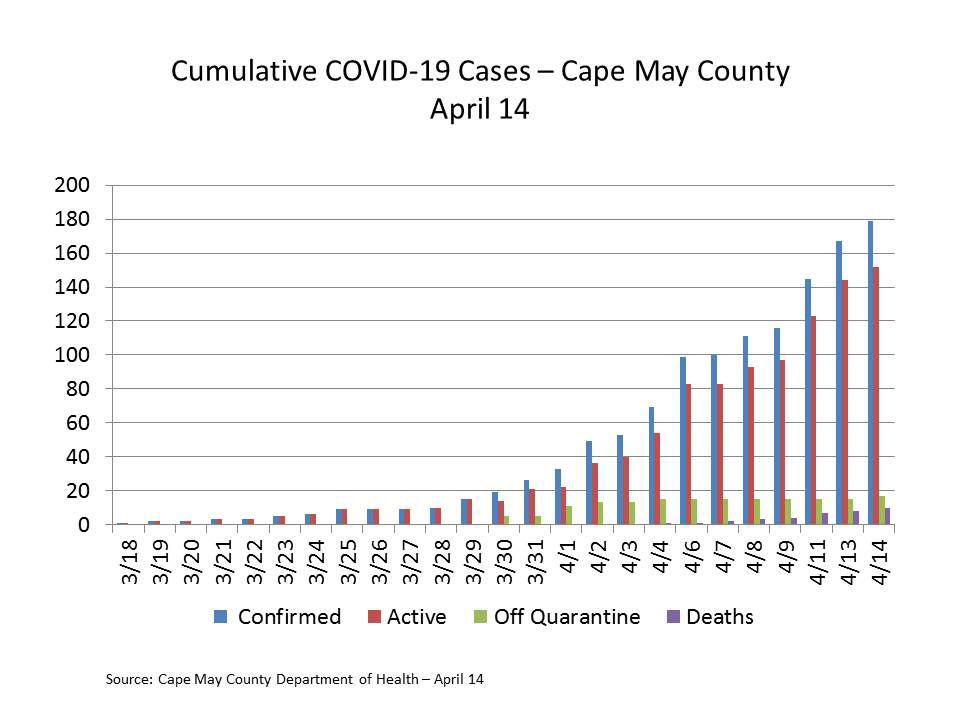 COURT HOUSE - APRIL 14: The Cape May County Department of Health (DOH) released new counts for the spread of COVID-19 in the county. Total cases rose by 12, and the death toll increased by two. Total deaths attributed to the virus now stand at 10.

The two new deaths are a 73-year-old female and a 93-year-old male, both residents of the Victoria Manor long-term care facility, in Lower Township. Eight of the ten deaths have come from the outbreak at Victoria Manor.

Twelve new cases reported today include five in hard-hit Lower Township, two in both Middle Township and Wildwood City, and one each in Dennis Township, Ocean City and Upper Township.

A DOH release said that 26 residents and 24 staff have tested positive for COVID-19 at Victoria Manor, making it the largest single point of infection and death in the county.

The “off quarantine” numbers increased for the first time since April 4, with two additional individuals removed from the quarantine.  A spokesman for DOH said that the department has been keeping individuals in quarantine longer for “precautionary purposes.”

The spokesman also said that the recent spike in cases in Middle Township is not due to any single location of infection, in the way that Victoria Manor has served to drive up the numbers in Lower Township.