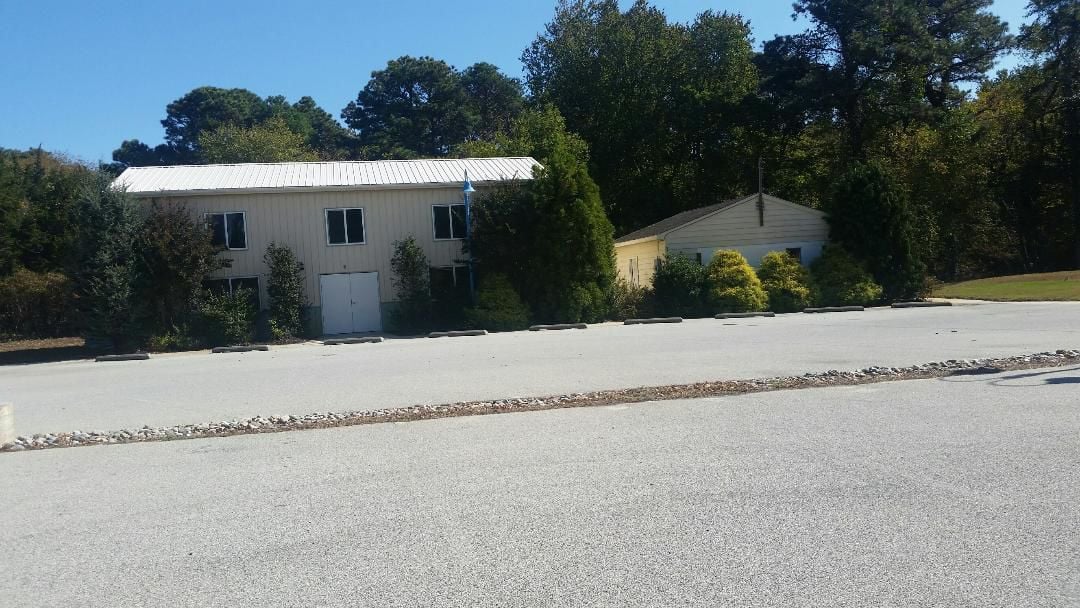 Part of the lot at 414, Garden Sate Parkway. 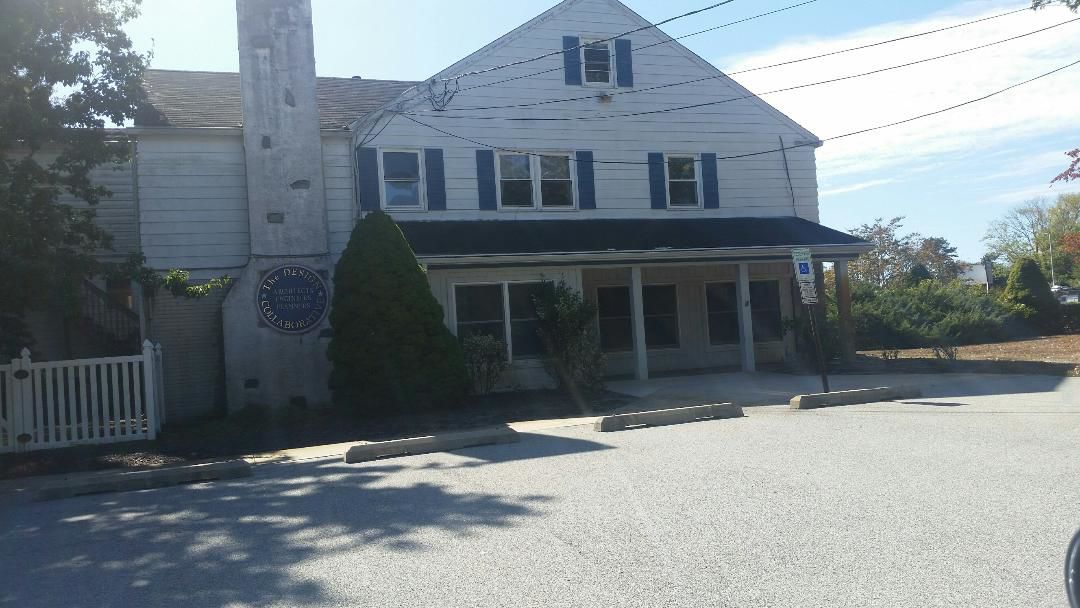 COURT HOUSE - With its single entrance and exit off of a Garden State Parkway (GSP) access road, a small community of 18 middle-class homes sits unseen behind groves of mature trees.

Bordered on the east by wetlands, and protected by a rural conservation zoning designation, the homeowners felt shielded from new development until 2015, when many found themselves engaged in a struggle to defeat plans for the development of a service mart and gas station complex on an adjacent piece of property.

In 2019, many of the homeowners find themselves resisting the proposed construction of a four-story, 101-room Hampton Inn on the site that once could’ve housed a service mart.

The site, located at 414 GSP, is 4.6 acres, with over 600 feet of GSP frontage accessed by a two-way road off of Stone Harbor Boulevard, whose main purpose is to serve as an entrance north at Exit 10 of the GSP.

Until earlier this year, the property was owned by Louis J. Delosso. It was Delosso who sought the zoning variances for the property in 2015 to support a new GSP rest stop with a convenience store and gas station.

When Delosso made his request to the township Zoning Board, the property housed a professional office complex for the Design Collaborative Architects and Planners. This was a time when the construction of the overpass for the GSP brought an access road along the front of Delosso’s property. For Delosso, opportunity beckoned.

Before the Zoning Board, Delosso argued that the property met all the zoning requirements for the use variance he sought. He also maintained that his plan offered an adequate buffer for the adjacent residential community to the north. Many residents of that community disagreed.

During a three-hour meeting, Delosso asserted his rights under the law to the zoning variance. Neighbors, unwilling to wait for public hearings regarding a future site plan submission, sought to end the project before it gained traction. In a way, they succeeded.

A 4-to-3 vote in favor of granting the variance was one vote shy of the five votes required. Even with a majority of the votes in favor, Delosso lost his bid, hinting at the close of the meeting that he might seek a judicial ruling to enforce his rights.

Delosso’s arguments prevailed in court. The litigation overturned the Zoning Board defeat and granted him the use variances he sought.

Many of the nearby homeowners hardly noticed the court’s action. Seemingly safe from what they considered intrusive development that would negatively impact their quality of life, the residents enjoyed the tranquility of their oasis on the eastside of the GSP.

Delosso pocketed his victory in court, but never constructed his proposed service mart. In 2016, he listed the property for sale, with an asking price of $1.6 million. Real estate listings mentioned the zoning approvals.

In November 2017, the asking price for the property was lowered to $1.3 million. The property sold in February 2019, for less than half the asking price - $650,000. According to Thomas Hillegass, Delosso’s attorney, his client agreed to the lower price to avoid a conditional sale.

The new owner of the property is Cape May Hospitality, Inc., a development group that has proposed a 101-room Hampton Inn for the site. The estimated $17 million project would create one of Middle Township’s larger ratables, boosting the municipality's economic development efforts.

Armed with market research, the development group projects a 70% annual occupancy rate for the nationally branded hotel, which would be tied to the Hilton reservation and rewards system. It would be located near the county complex on Moore Road, and across the GSP from Cape May Regional Medical Center.

Figures offered by Cape May Hospitality state that the completed hotel would account for $280,000 in annual property taxes, provide 20 to 25 new jobs, and account for an additional $2 million annually for the local economy.

Neighbors prepared for battle to oppose the zoning designation change that Cape May Hospitality would require to gain access to municipal sewer and water.

According to Hillegass, the project is not possible without a zoning designation change from rural conservation to city center, a change that the municipality's Planning Board has approved and recommended to Middle Township Committee.

At an Aug. 19 Committee meeting, the agenda called for a second reading, public hearing, and potential adoption of the ordinance that would have approved the zoning designation change. The Planning Board had considered and recommended the change, committee had introduced the needed ordinance, and the approval seemed likely.

Passionate protests from many of the neighbors of the proposed hotel site dominated the public hearing. In the end, no vote was taken.

Committee decided that the notification protocol had not been strictly followed. The result was a postponement of any vote on the ordinance and recycling of the issue back to the Planning Board.

What those at the Oct. 7 Committee meeting heard was that the applicant, Cape May Hospitality, could go back to the Planning Board and repeat the process that resulted in the first recommendation of approval, or pursue use variances through the Zoning Board.

In an interview, Hillegass said that no such option for use variances is practical for the project. He said his clients would go back through the Planning Board process with proper township notification protocols, and seek the same recommendation that they had already obtained.

Hillegass noted that the master plan reexamination process is underway, and the updated plan would almost certainly designate the site as part of the town center.

According to Hillegass, the Planning Board acknowledged that the property should have been designated town center in the past. “They saw it was an oversight,” Hillegass maintains.

The current master plan was adopted in July 2010. The state requirement is that a reexamination must be completed within 10 years, making July 2020 the date for a new report.

The neighbors of 414 GSP argue that the development of a hotel on the property would endanger protected wetlands, that the access road can’t safely handle added traffic from the hotel, and that the quality of life in their residential development would be irreparably harmed by a four-story structure, with bright evening lights, large signs, and 24-hour activity in the parking lot.

Cape May Hospitality argued in their earlier presentation to committee that no wetlands are involved, which they will have to prove when they seek required state permits for the development. They also said that eventual site plans would show adequate buffering for the residential area, preventing activity at the hotel from interfering with life in the community.

Neighbors learned that the Superior Court ruling overturning the Zoning Board vote and granting the use variances in 2015 is still operative. Should the development group not gain the necessary permissions for the hotel, Hillegass said they will probably have to use those variances for a service mart or office complex to make good on the investment already made.

Hillegass said his clients had invested $1.2 million to date. The likelihood that the land will sit without further development is low. “They will have to protect their investment,” Hillegass said.

What is going on over on the east side of the Garden State Parkway in Middle Township?