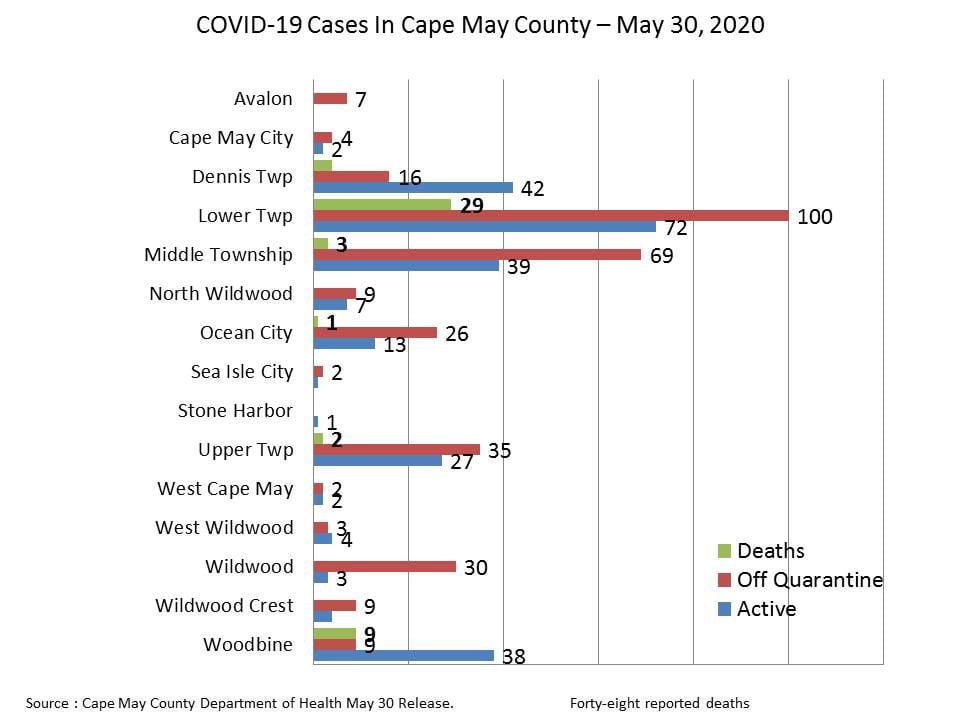 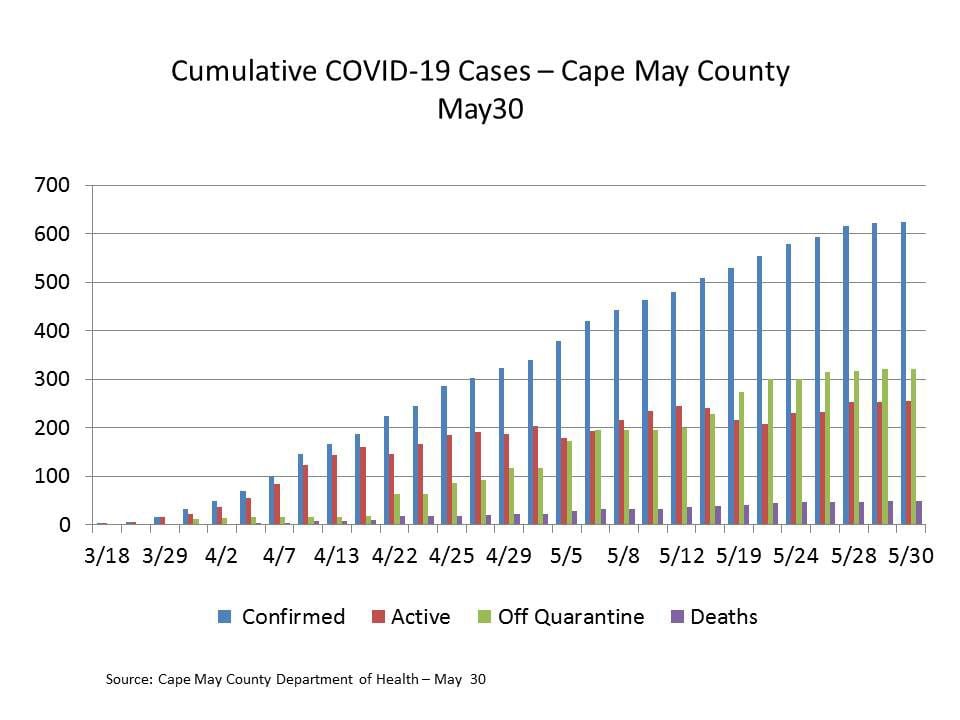 COURT HOUSE - May 30: Cape May County’s new case rate of growth continues to slow, with only two new cases reported today.  The new cases were community-based, with one in West Wildwood and one in Sea Isle City. Total COVID-19 cases now stand at 624.

Hospitalizations continued to decline, with 2,624 COVID-19 patients, 624 of which require critical or intensive care, and 499 are on ventilators. Hospitalizations are seen as one of the best indicators of the coronavirus's spread.

While the health threat remains a priority in the state, attention has shifted as well to restart the economy after 1.1 million New Jersey workers filed for unemployment since mid-March.

The governor is expected to announce dates for stage two of his recovery process early next week. Among the actions he will take, Murphy is expected to increase the number of people who can participate in indoor gatherings, including religious services.