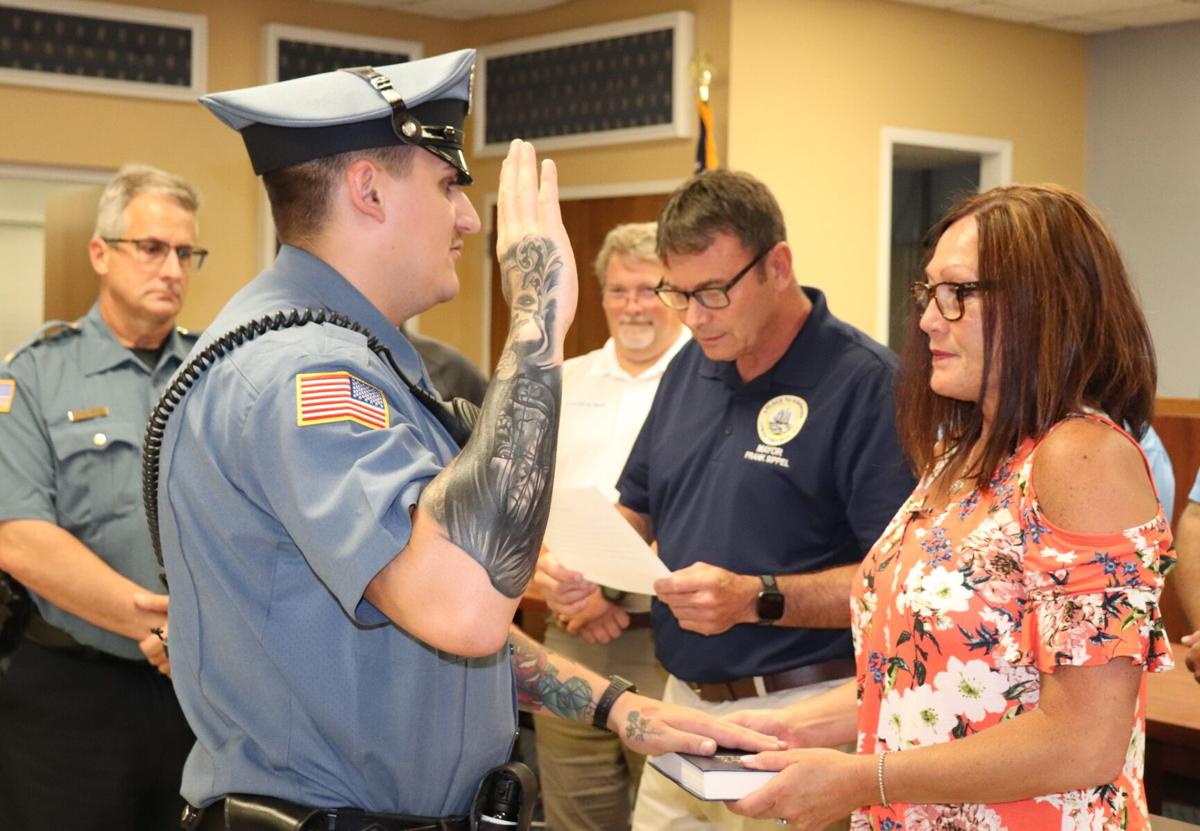 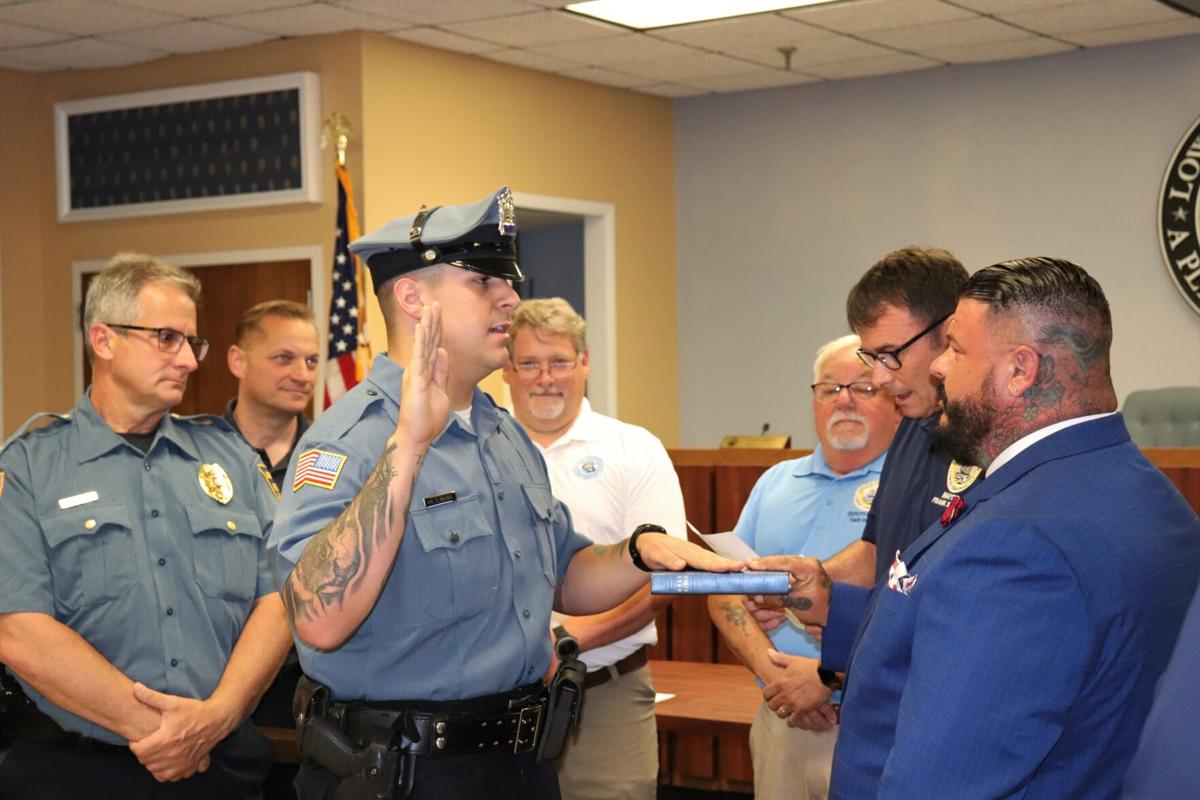 Samuel Gellura was sworn as a Lower Township officer June 7.

Samuel Gellura was sworn as a Lower Township officer June 7.

According to a release, Mayor Frank Sippel administered the oath of office to Prats and Gellura as members of their family and fellow officers gathered in attendance to show their support.

Prats is a graduate of Lower Cape May Regional High School, class of 2016. Prior to being hired as a full-time police officer with the Lower Township Police Department, Prats worked as a correctional officer for the Cape May County Sheriff’s Department.

His mother, Dana Lamach, held the Bible, and his fiancé, Eva Conway, pinned his badge.

Gellura, a lifetime resident of Lower Township, is a graduate of Lower Cape May Regional High School and Wilkes University. Gellura completed Class I training during his senior year, and in Summer 2017, he worked for Wildwood Police Department, as a Class I officer. In December 2017, he began working for Lower Township Police Department as a Class II officer, completing Class II training at Cape May County Police Academy, where he continued to work until returning to Cape May County Police Academy, in January 2021.

His father, Samuel Gellura Sr., held the Bible, and his mother, Heather Gellura, pinned his badge.