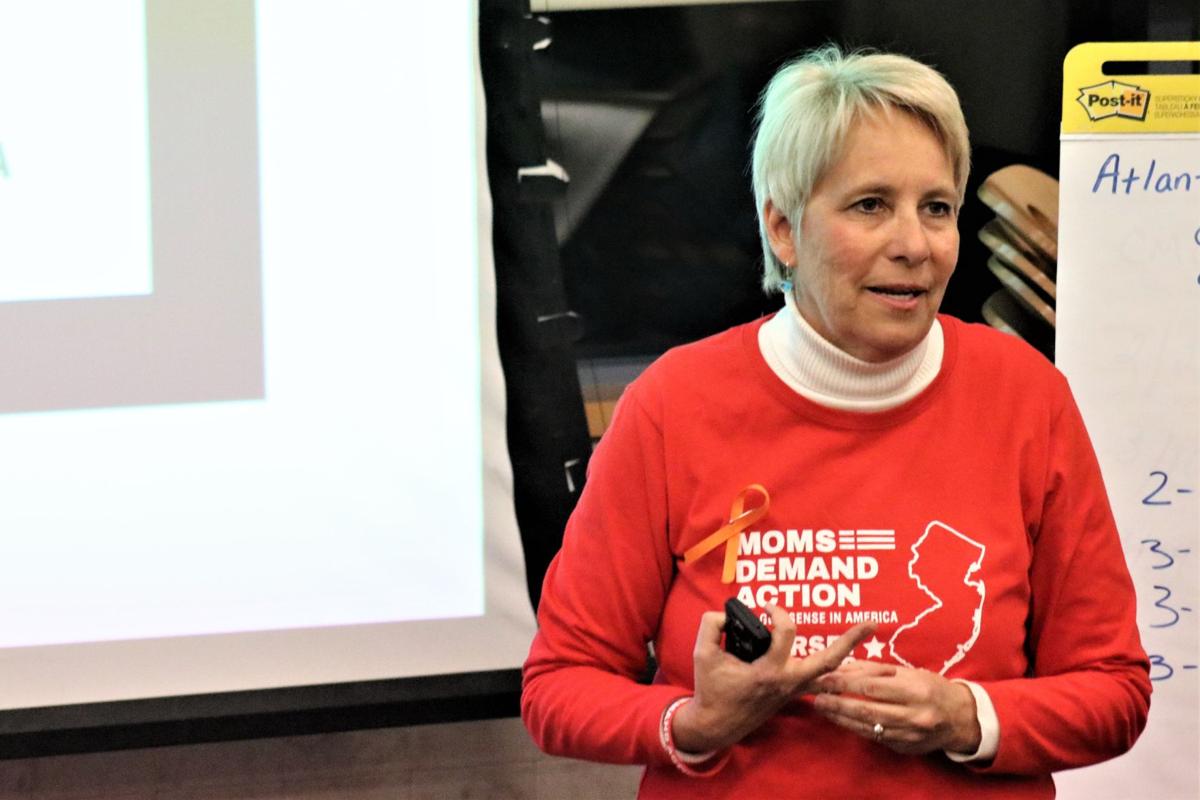 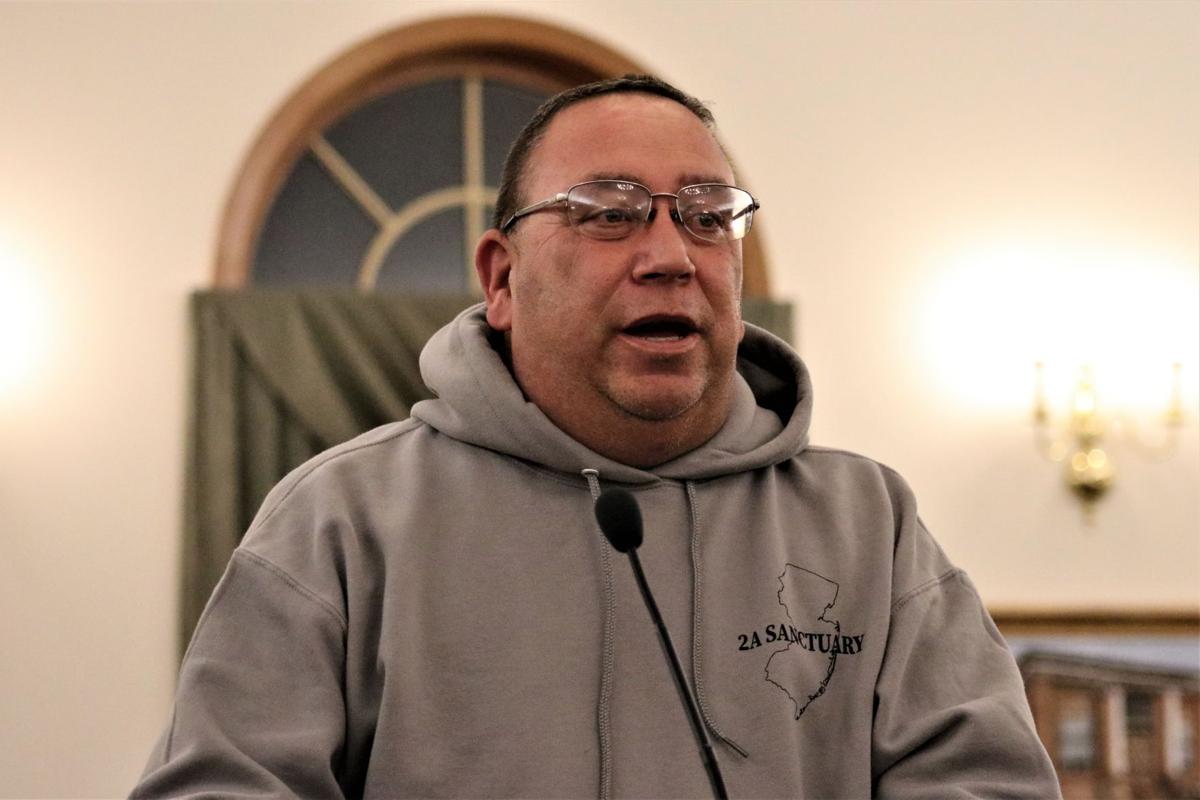 Masontown, W.Va. is a six-hour drive and a world away from Wildwood, N.J.

The tiny town in the shadow of the hills of northern West Virginia is home to 546, according to the 2020 census. The state has the unique distinction of being the only one to secede from the Confederacy at the start of the Civil War, creating a new state as the rest of Virginia left the Union.

West Virginia is also among the states that don’t require a permit to purchase or carry a gun. There are no laws requiring background checks. Anyone over 18 can buy a gun if they are not specifically prohibited by state or federal law, and there is no license to carry a gun. As of 2016, anyone with a legal handgun may carry it concealed without a permit.

This stands in stark contrast to New Jersey, which both gun control proponents and critics say has one of the strictest gun laws in the nation.

When Brandon K. White, known to his friends and family as “Doober,” decided to head to the Roar to the Shore motorcycle weekend in Wildwood last September, he brought along his guns.

According to a letter, sent to the Herald, from his mother, Tammy White, carrying guns is White’s daily routine, but the rules are different in New Jersey.

On Sept. 6, police found White, 26, with two handguns, a 9mm. and a .45 caliber, along with a knife. He was also found in possession of hollow-point ammunition, police allege, which is also banned in New Jersey.

The day before, police charged another West Virginian, Timothy Shaffer, 54, with possession of a handgun without a permit and possession of hollow-point ammunition.

In a letter, originally sent to Wildwood officials and copied to President Donald Trump, Tammy White wrote she has not seen her son for months. He’s lost his job, his truck, his guns, and his rights, she wrote. She said he is under pressure to plead guilty or potentially face years in jail.

“He made a simple mistake of taking his firearms across the New Jersey state line to a bike rally with some friends. He had never been to New Jersey before and did not know he could not carry there,” she wrote. “It was just a weekend getaway to see the Roar of the Shore since he had never been.”

His sentencing is set for March 20. Since his arrest, Cape May County has declared itself a “Second Amendment Sanctuary,” in a unanimous freeholder vote Jan. 14.

That will make no difference in White’s case, nor in other weapons charges brought in Cape May County.

“Nothing changes. Not one thing changes at all, with the sheriff’s officers, with the local police departments or the State Police. If you don’t comply with the laws of the State of New Jersey, you are going to get penalized and arrested. We’re just making a recommendation,” he continued.

That was all that was intended, according to Thomas Nelson, of Erma, one of the organizers of the sanctuary effort in Cape May County.

“We’re not trying to change the laws that are on the books,” Nelson said, “at least for now.” “Someday, hopefully, we’ll get there. We’re trying to get every county and town to get something passed and say they’re behind us.”

“The entire thing is not political. We’re not Democrats. We’re not Republicans. We’re normal people fighting for our rights,” he said.

“When I first heard about this, probably I felt like a lot of you feel right not, like ‘Oh, my God, what’s going on? They’re passing these resolutions that say they can defy state law,” said Upper Township resident Janet Yunghans, speaking to a meeting of the organization Moms Demand Action for Gun Sense in America, at the Ocean City Library Feb. 12. “I just want to allay your fears. None of this is legally binding.”

The group meets regularly, but this one was about the Second Amendment sanctuary movement.

“It doesn’t mean you should ignore it, either,” she said.

She, too, says New Jersey’s gun laws are among the toughest in the country, but she sees those laws and regulations as an effective tool against gun violence. Yunghans cited "red flag" laws, under which a judge may order someone’s guns confiscated if there is a determination that person may be a danger, either to himself or herself or others. The request may come from family members, law enforcement officers or others. She said it has helped prevent suicides and acts of violence.

Members of the group decided to reach out to lawmakers to state their position on the issue, but they do not plan to crowd upcoming public meetings. That would only drive more media coverage of the issue, Yunghans said.

Like those on the opposite side of the issue, she said her organization is entirely non-partisan.

White is far from alone in running afoul of gun legislation on a visit to New Jersey.

In January, a 25-year-old North Carolina man, Dustin F. Peters, drew a series of charges when he arrived at the security checkpoint at the Coast Guard Training Center, in Cape May, to attend a graduation ceremony. He was allegedly found with a handgun, a style of semi-automatic rifle often described as an assault rifle, body armor, hollow point bullets and high-capacity magazines.

In 2017, Shaneen Allen faced years in prison after a highway stop uncovered a .38 caliber handgun during a trip to Atlantic City. She told reporters that she informed the officer of the gun, and that she had a license to carry it, but that license was from Pennsylvania. After Gov. Chris Christie pardoned her and others, Allen has pushed for gun licenses to be reciprocal between states.

Although the trend is recent in Cape May County, gun rights advocates around the country began to turn to local governments for years, with Effingham County, Ill., declaring itself a Second Amendment Sanctuary, in early 2018, an admitted reference to the sanctuary city movement that seeks to shield undocumented residents from federal immigration enforcement.

In New Jersey, Nelson said, the organization consisted of “three guys from Gloucester and Salem” when he volunteered to help.

“I thought I would hand out pamphlets,” he said. Instead, he, and other local advocates, began a push for local resolutions. He said the group seeks to unite a coalition of hunters, constitutional advocates, and others and “let them know their rights are being taken away from them. They’re taking away your legal rights as a gun owner.”

He took aim at the "red flag" laws, saying someone having a dispute with a neighbor might call in an accusation.

“They can come to your house and take your guns. You have to prove yourself innocent. You’re supposed to be innocent until proven guilty,” he said. “There are people who have neighbors they just don’t get along with.”

Someone who may have mental health issues or who struggles with depression may face police at his door, with a demand for his guns. He is then more angry, more worried and still has his hammer," Nelson said.

“People support things they don’t understand. The gun is not the problem. No gun has ever gotten up and shot somebody,” he said.

Nelson also disagrees with limitations on the number of rounds that can be included in a magazine. In 2018, the state limited the size of a magazine to 10 rounds. The previous limit had been 15 rounds. Many semi-automatic pistols hold 16 or 17 rounds.

According to Nelson, the law made many gun owners throughout the state criminals.

“How do you know how many people are breaking into my house?” Nelson asked, suggesting if a group of more than 10 were involved in a home invasion, he would not be able to defend his home. “The law says ‘shall not be infringed.’”

In an interview, for this story, Thornton supported several gun control measures, including background checks and gun registration. He said it makes sense for training to be required for gun ownership, something New Jersey only requires for a permit to carry a concealed firearm. The state issues few concealed carry permits and does not recognize any out-of-state permits.

In Upper Township, Mayor Richard Palombo spoke in favor of "red flag" laws, which he said are effective in his profession as a pharmacist, although Curtis Corson, a fellow member of Upper Township Committee, stated that the laws amount to an unconstitutional search and seizure.

Several of the resolutions in Cape May County cited a proposal in Trenton that would require gun owners to carry $50,000 worth of insurance on firearms. However, that bill has seen no action since it was introduced, not even to be sent to any committee, and the lone sponsor in the Assembly is no longer in office.

Cape May County Prosecutor Jeffrey Sutherland declined to be interviewed for this story, saying he could have no comment on a political decision.

A spokesman for the Office of New Jersey Attorney General Gurbir Singh Grewal also declined a request for comment.

Tammy White did not respond to a request for an interview, either. In her email, she said her son is not a member of an outlaw motorcycle gang. Instead, the family rides with a group called Bikers Against Child Abuse. She described her son as a hard worker and an amazing father. He was just in the wrong place at the wrong time, she wrote.

“And now his life is ruined!” she wrote.