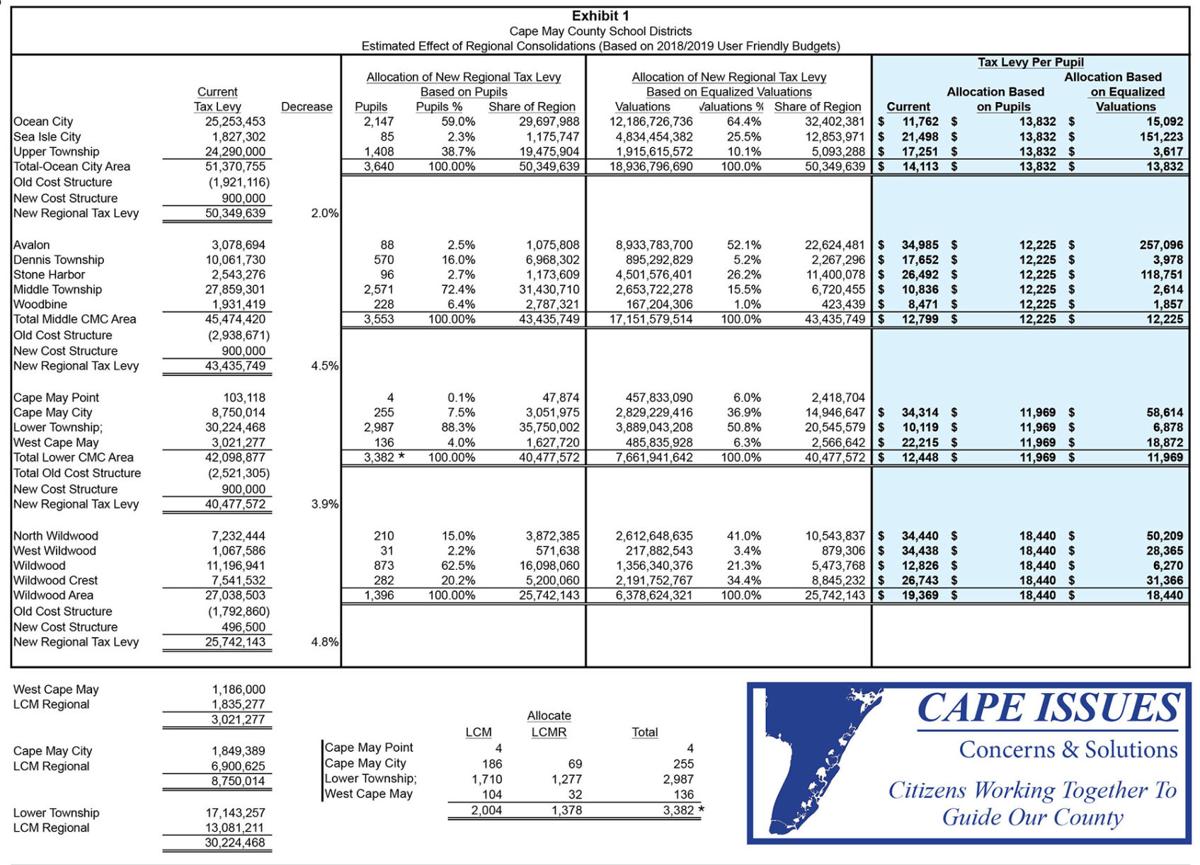 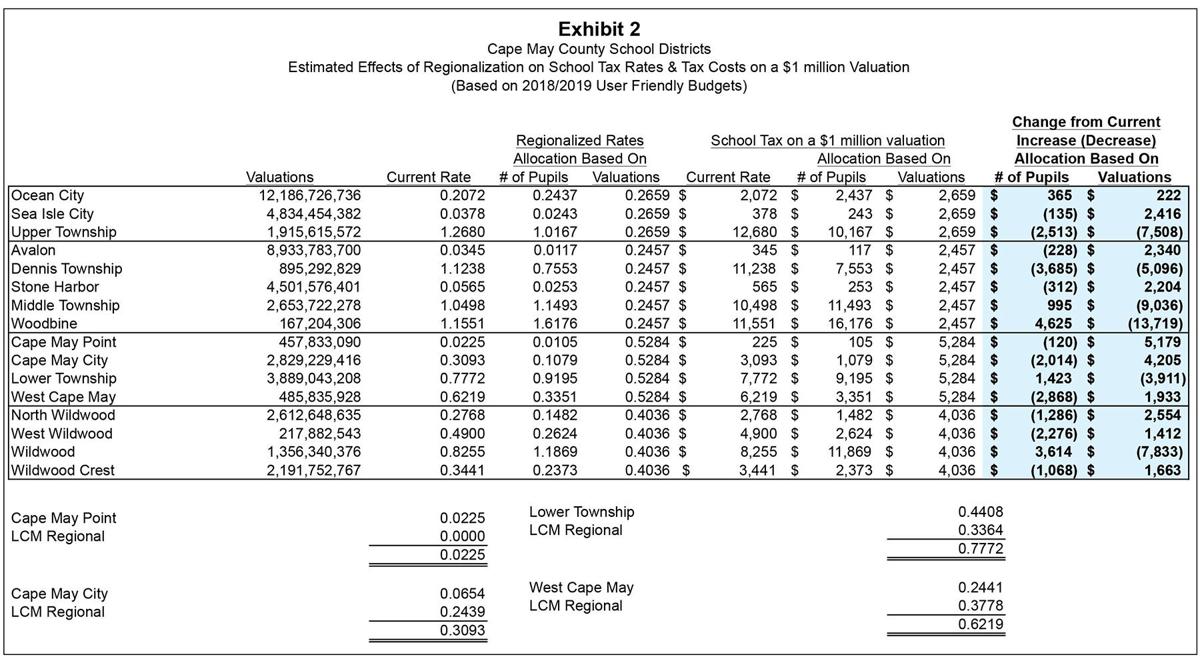 As reported by Vince Conti in the Sept. 5, 2018 edition of the Herald, "On Aug. 9, the New Jersey Economic and Fiscal Policy Workgroup released its report, Path to Progress.

"A part of that report dealt with recommendations for school system regionalization, proposing that school districts across the state be regionalized through the merger of school systems into new K-12 regional districts.”

The goal of school district regionalization, per the report, is to reduce property taxes in New Jersey. To this end, Cape Issues analyzed the effect this would have on school district assessments in each of the Cape May County municipalities.

Excluding the specialized high schools run by the county, there are four regional high schools in Cape May County. The schools could be consolidated into one countywide district, or into several districts.

The administrative positions could be reduced as follows:

•    Wildwood Area - six of nine positions for a cost savings of 4.8 percent

Once a budget is prepared and the necessary regional tax levy is calculated, there is a very critical question as to how the tax levy should be allocated to the towns.

New Jersey law stipulates that the regions’ tax levies may be allocated based on 1) each towns' Equalized Valuations (the sum of all tax assessments in a municipality, adjusted for changes with respect to the relationship between actual sales prices and assessments); 2) the number of pupils in each town; or 3) a combination of both.

Exhibit 2 (also pictured above) shows the current tax rate and the proforma tax rates based on allocations based on the number of pupils and the Equalized Valuations.

In conclusion, the Ocean City Regional District would save only 2 percent of its cost. If the other districts took a hard look at their budgets, they could reduce costs and tax levies without consolidations.

After these cost reductions, the overall cost savings through consolidation may not justify the loss of intangibles as described in Vince Conti’s Nov. 6, 2018 article, “Cape Issues Considers Recommendations for School Consolidation.”

Some argue that there should only be one school district for the entire county. In a future issue, we will estimate additional savings on a county consolidated school district that may be used to finance and create highly-specialized magnet schools which would increase the educational efficacy of Cape May County.