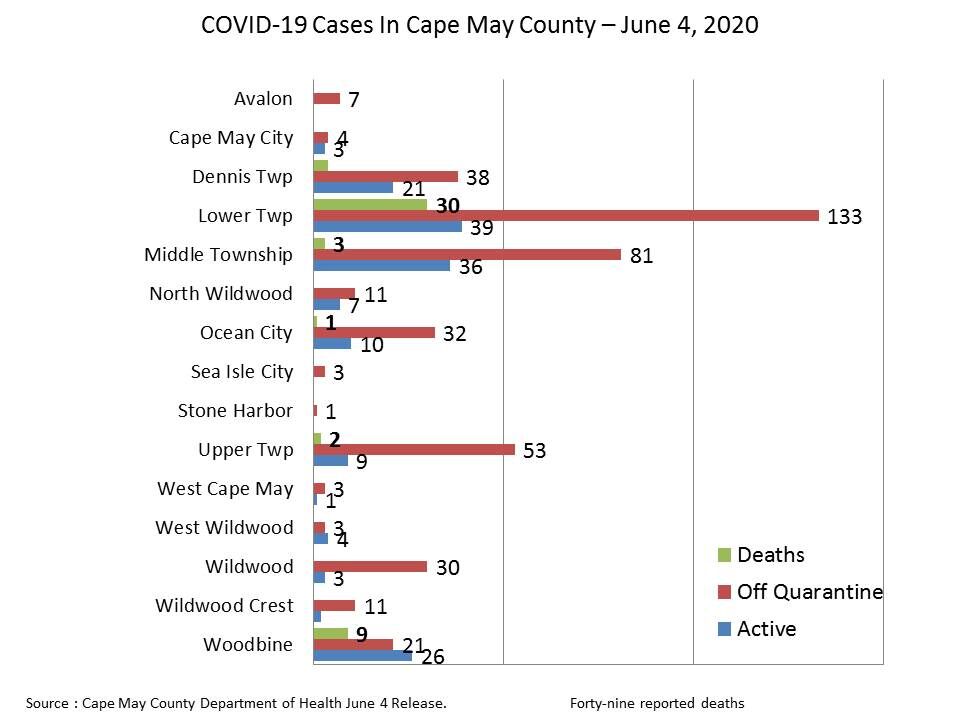 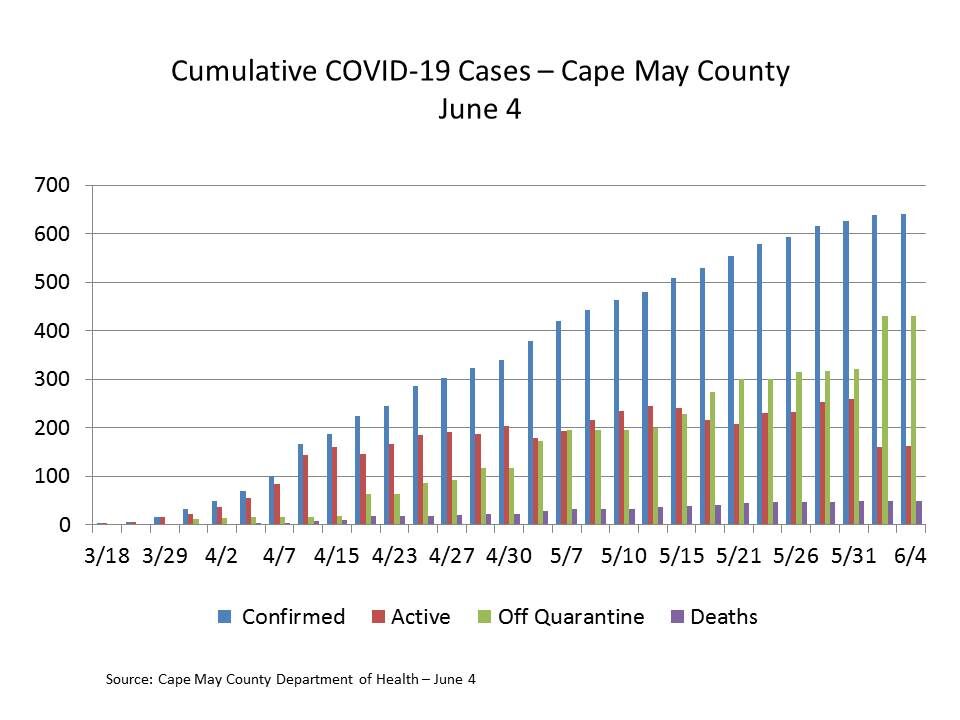 Both new cases were in Middle Township. One was community-based and the other was associated with a long-term care facility.

The metric on the COVID-19 spread in the county is trending well. In the last seven days, the county has seen only 25 new cases. Testing has increased, with a correspondingly low positivity rate and two out of every three individuals who have had a positive test since March are now recovered sufficiently to be off quarantine.

Cape May County has the lowest total case count among all of the state’s 21 counties.

Gov. Phil Murphy also reported that the hospitalization numbers fell below 2,000, calling it a “milestone” in the struggle with the coronavirus. Hospitals across the state report 1982 COVID-19 patients, 537 of which require either intensive or critical care. A total of 406 patients are on ventilators.

Risks will always be present with a reopening of activity, but the county’s metrics give a reason for a degree of optimism. The metrics for the amount of testing, positivity rates arising from the testing, a low new case rate of spread and declining hospitalizations all are hitting targets experts established for a safe reopening.