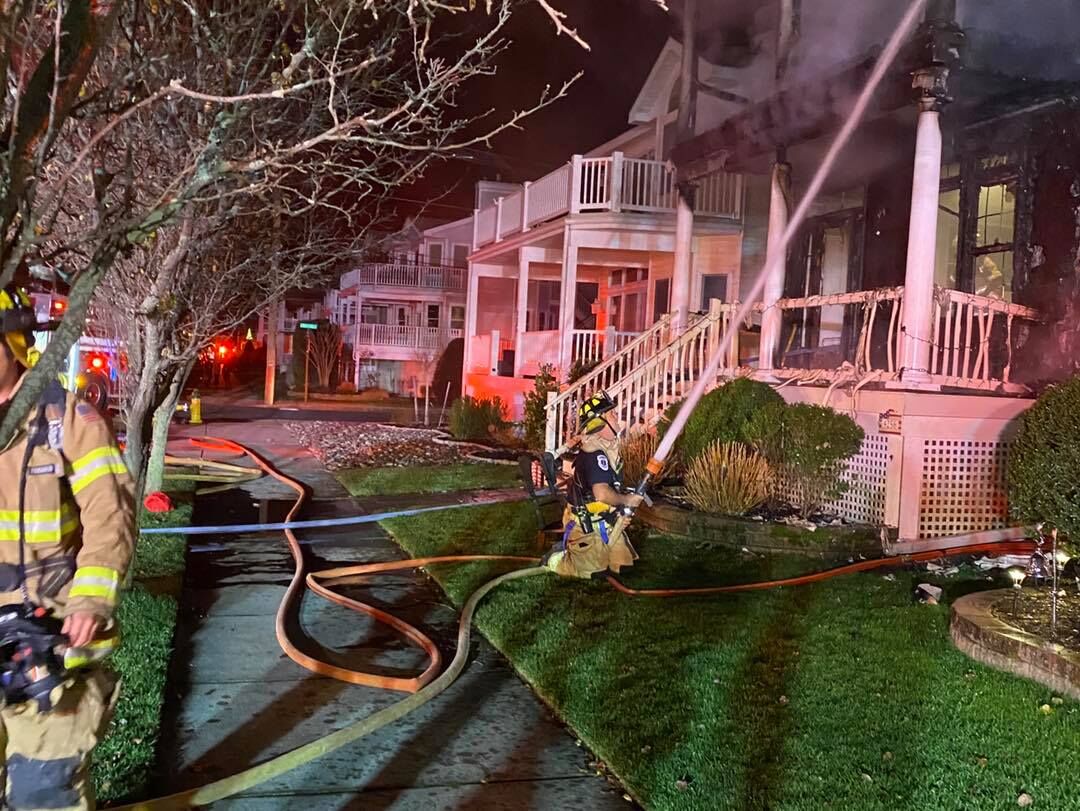 Fifteen firefighters from three departments managed to douse a house fire, on Asbury Avenue, in Ocean City, in about 45 minutes. The home's residents weren't inside when the incident happened, and no injuries were reported. 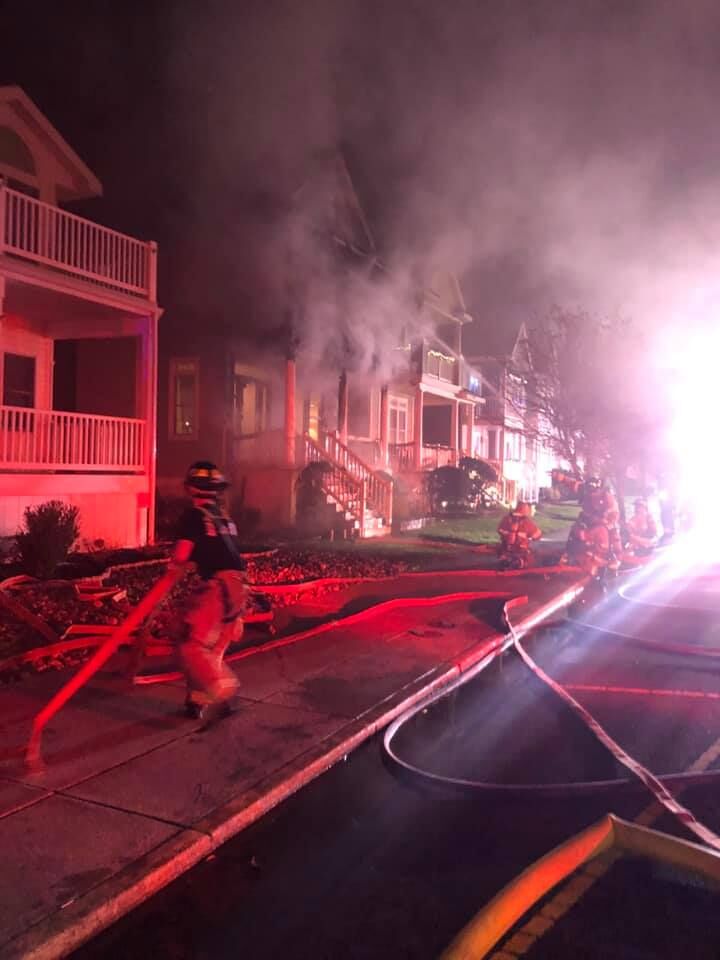 Fifteen firefighters from three departments managed to douse a house fire, on Asbury Avenue, in Ocean City, in about 45 minutes. The home's residents weren't inside when the incident happened, and no injuries were reported.

OCEAN CITY - At approximately 8:34 p.m. Dec. 17, the Ocean City Fire Department was dispatched to the 4200 block of Asbury Avenue, for a reported structure fire.

According to a release, Engine 3, from Station 3, was the first arriving unit and reported heavy fire coming from the front deck area of the building. Crews used a hose line to extinguish the main exterior body of fire and protect the adjoining neighbor’s house. Multiple hand lines were then used to extinguish the fire in the attic area.

Other crews then assisted with fire extinguishment, salvage, overhaul, as well as emergency medical services. Under the command of Acting Deputy Chief William Martin, the fire was placed under control in about 45 minutes.

No injuries were reported. The owners of the seasonal home were in town but not inside the structure at the time of the fire.

A neighbor first reported the fire. One dog was also found and removed from the home and brought to its owner.

The second floor and exterior of the structure suffered extensive damage. The cause of the fire is under investigation, as of Dec. 18.