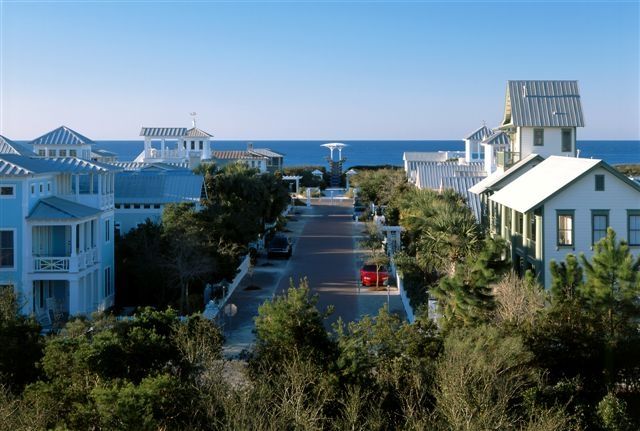 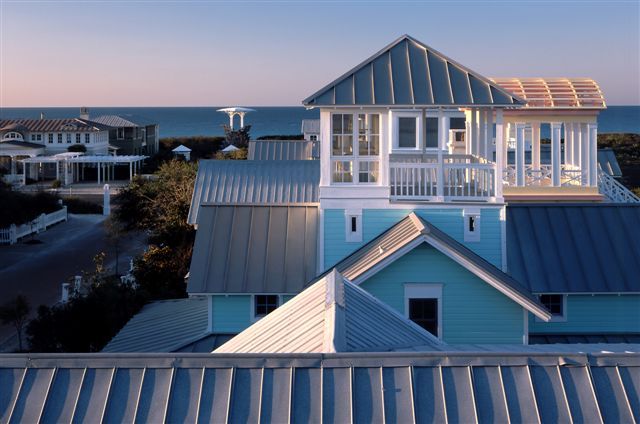 SEASIDE, Fla. – This small Florida town located between Destin and Panama City looks a lot like Cape May and Cape May Point with its mix of Victorians, beach bungalows and homes with gingerbread trim, picket fences and big porches.

Seaside escaped the wrath of a hurricane far worse than Sandy. In 1995, Hurricane Opal roared towards the Florida Panhandle with 115 mph winds with gusts to 140 and a storm surge of 8-14 feet, yet this town with a tourist economy was virtually undamaged.

What saved Seaside? Dunes and a natural sand bluff. The town’s homes were built behind the dunes. Meanwhile, seven miles down the road in Dune Allen, the majority of waterfront homes built without a dune were destroyed.

According to a Florida Department of Environmental Protection (DEP) report, Hurricane Opal was one of the most severe hurricanes to impact Florida this century. “Hurricane Opal caused more structural damage along the Florida coast than all hurricanes and tropical storms combined since 1975.” The report notes portions of Hwy. 98 in an area just east of Ft. Walton Beach were completely washed out several hundred feet from the shoreline.

According to DEP, most of the damage from Hurricane Opal to Florida’s panhandle was due to extensive storm surge, waves and associated erosion. Most all of the damage occurred within a zone extending 200 to 300 feet from the shoreline.

Walton County had 80 homes with 50 percent or more of the structure destroyed. During Hurricane Opal, CNN reported half million dollar homes “shattered to little more than match sticks.”

Mike Dombrowski, a coastal engineer and president of MRD Associates of Destin, Fla. said Seaside and south Walton County have large sand dunes and sand bluffs. He said there are high dunes on side of Seaside and sand bluffs composed of very high quality sand.

“Really, that’s all that you’re looking for is a sand dune is to be able provide a supply of sand during storm events because if you have the sand, it provides that buffer,” said Dombrowski.

He said Seaside was designed “with nature,” using the attributes of the site, not destroying it but incorporating it into the theme of the development. The designers incorporated a substanial setback from the Gulf of Mexico for all buildings.

While Cape May’s homes date back well into the 1800’s, Seaside was built beginning in 1981. The 80-acre unincorporated beach town has 480 privately owned homes of which 350 are available for vacation rentals. It has more than a dozen restaurants and 41 shops and galleries.

If you saw Jim Carrey in the movie, “The Truman Show,” you’ve seen Seaside.

Each beach access path is set far enough away from the gulf not to be affected by storms, said Dombrowski. Some beach accesses in Cape May provided a conduit for seawater during Hurricane Sandy, sending water onto Beach Avenue.

A big difference between Seaside and Cape May is elevation with Seaside’s bluffs topping out at 20 plus feet.

A plus for Florida’s panhandle was a state-implemented a “very aggressive” coastal regulation program through DEP.

“It’s not a prohibition but you develop your buildings and structures with much higher design standards to be able to withstand up to a 100-year storm event and all of those buildings that were typically destroyed during Hurricane Opal were those structures built prior implementation of this coastal program,” said Dombrowski. “It really showed that it works.”

Florida’s DEP has a Coastal Construction Control Line (CCCL) which regulates where homes can be sited on a beachfront lot.

“Basically, every open gulf shoreline in the state has one of those lines,” he said.

Property owners submit an application to DEP which examines such items as the depth of pilings and if the structure is high enough. Dombrowski said it doesn’t necessarily reflect the design standards of FEMA (Federal Emergency Management Agency) but DEP looks at more details such siting of the structure to minimize damage to the beach and dune.

If 50 percent or more of a home is damaged by a storm, the homeowner would be required to rebuild the home to current storm standards, he said.

The Florida Panhandle does not receive dredging or federal beach renourishment. Walton County is undertaking a feasibility study to determine if a federal project is warranted and if so, the cost involved, said Dombrowski.

If you're building a house on the beach, he said a question to ask is “Do you have enough dry beach in front of your house to construct a dune in the first place?” If you have a narrow beach, the dune will provide some protection but during even a small storm, water may overtop and erode the dune, said Dombrowski.

He said an alternative is to construct a seawall or revetments.

The town’s design is described as “New Urbanism.” The zoning code requires a white picket fence and a front porch for each house. The town was designed to encourage visitors to park their cars on arrival and walk or ride a bike for transportation, said Smith.

None of the homes have a grass-covered yard. Like Cape May Point, homes are landscaped with natural vegetation and indigenous plants.

She said while the original design was for Seaside to be a residential community, it evolved into a tourist destination.

Like Cape May, Seaside is a half-day’s drive from major cities. In Seaside’s case, the major cities are Atlanta, Ga., Birmingham, Ala. and Nashville, Tn.