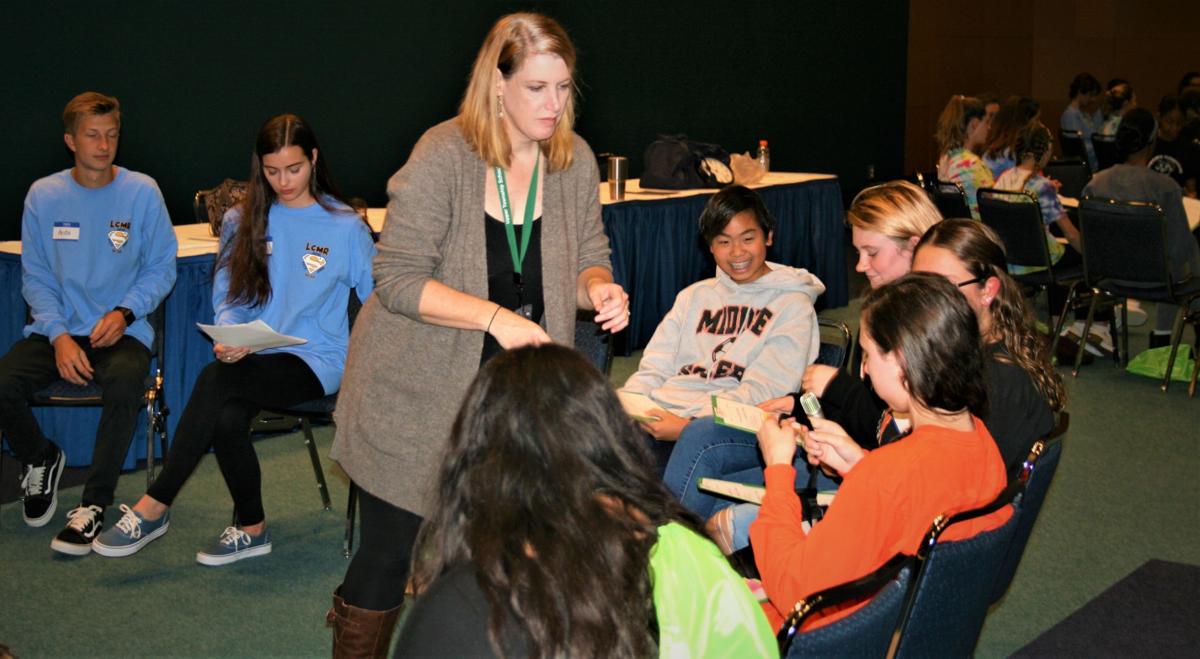 After the keynote address, students broke into smaller groups to discuss topics such as vaping, social media and saying "no." 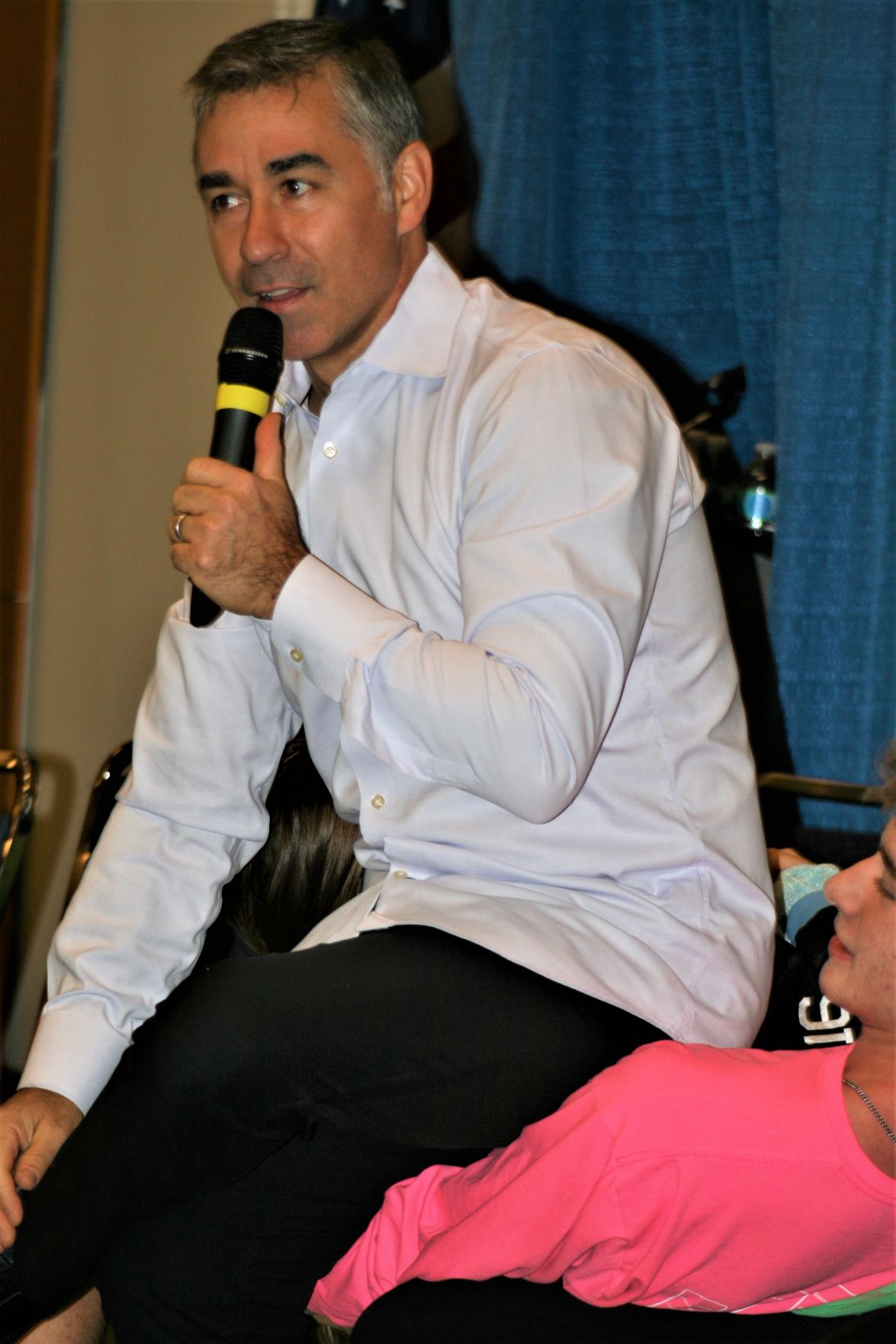 Matt Bellace, Ph.D. has been a youth motivational speaker and stand-up comedian since 1995. He has a Ph.D. in clinical neuropsychology (the study of the brain and behavior), is a member of the National Speakers Association and the author of the book, "A Better High.”

He is also a contributing author for the National Geographic Kids book series, "This or That." His "How to Get High Naturally" program encourages over a hundred thousand students a year worldwide to pursue natural highs and make healthy choices. Bellace was a recurring comedian on truTV's hit show, "World's Dumbest." 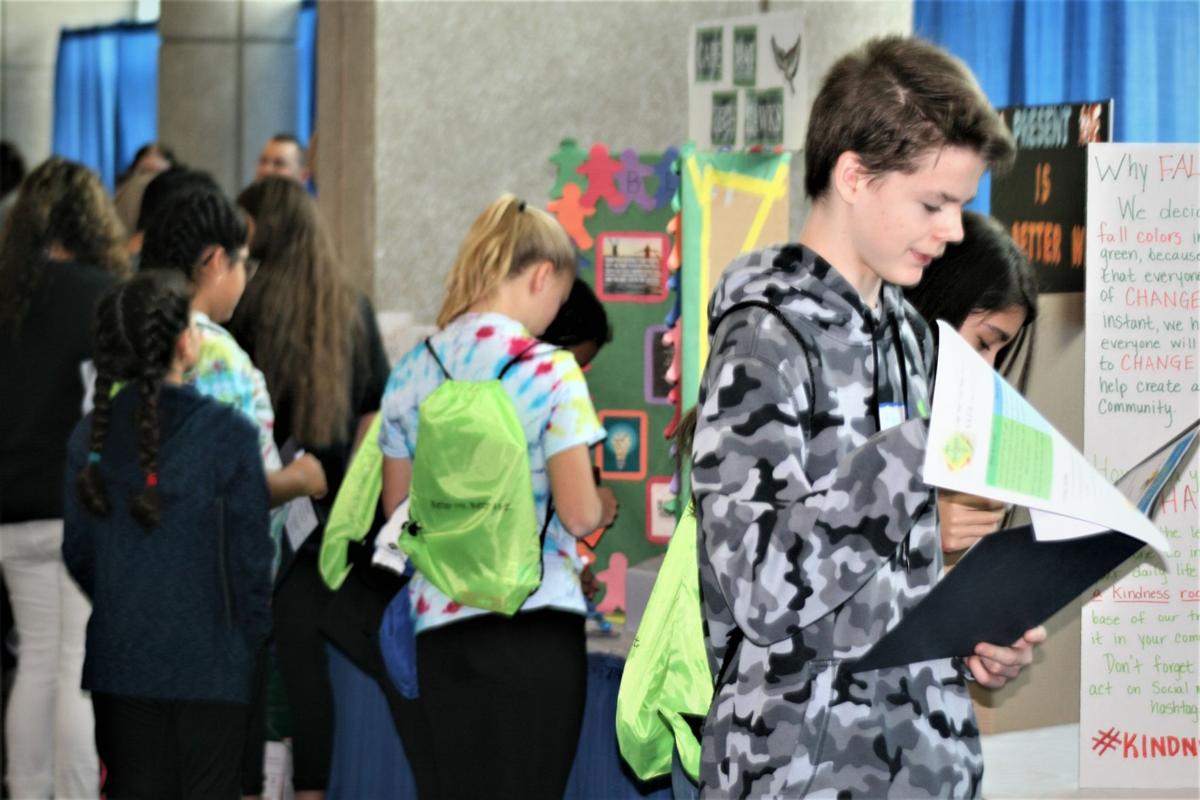 Cape May County Middle and High School students were able to peruse a multitude of displays from a number of organizations including the county Health Department, National Guard and various commercial enterprises. 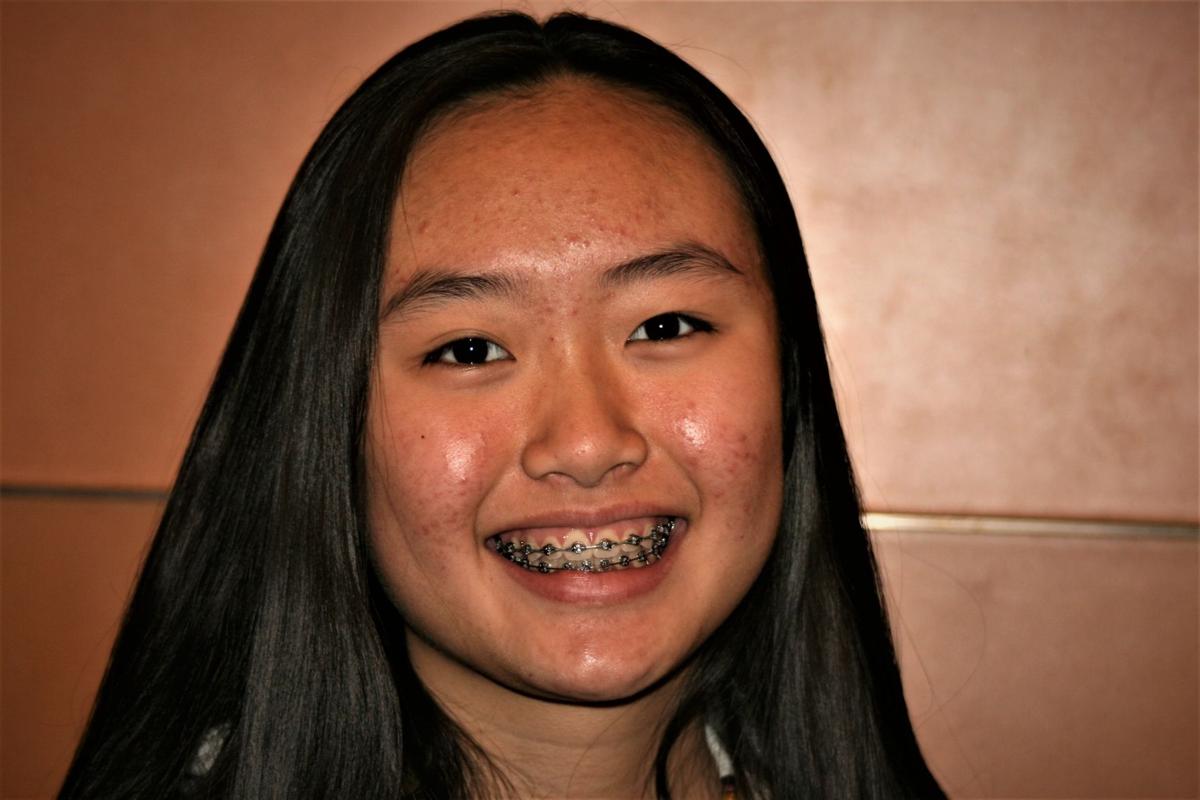 Angela Teng, a student at Richard M. Teitelman School in Lower Township said her natural high is playing the violin.

After the keynote address, students broke into smaller groups to discuss topics such as vaping, social media and saying "no."

Cape May County Middle and High School students were able to peruse a multitude of displays from a number of organizations including the county Health Department, National Guard and various commercial enterprises.

“My mom told me, ‘Matt, don’t be like your brother,’ and sent me to a high school prevention and leadership conference called the Teen Institute of the Garden State (T.I.G.S.). It was at T.I.G.S. where I saw some of the best motivational speakers in the country and was inspired to get involved in prevention,” said Matt Bellace, keynote speaker and stand-up comedian, with a Ph.D. in clinical neuropsychology.

Cape Assist and the Cape May County Healthy Community Coalition hosted their 24th Annual Peer Leadership Conference for middle and high school students in Cape May County. The theme of the conference was “A Better Me, a Better We.”

An Ocean City High School student opened the conference, telling over 500 students “if we want to change the world, we need to change ourselves.”

Bellace built on that statement, showing students how making smart choices and leaning on healthy friends can change things.

Eight students were called up on stage with Bellace. He had them sit in chairs and lay on the legs of the person behind them. One by one, he pulled the chairs, until the only thing holding the students was each other.

Bellace explained why his mother told him not to use his brother as a life example.

“My brother’s answer to everything was smoking weed and drinking alcohol. He got bad grades in school. My father would call him lazy, a loser, a failure. My brother turned to drugs and drinking to deal with that,” Bellace explained.

Over the course of the presentation, Bellace explained how to deal with life’s issues by turning away from alcohol and illicit drugs, and finding their “natural high.”

He related how he uses meditation to refresh himself every day.

“After I meditate, I feel ready to take on the tasks of the day, more alert. I feel better and I function better. For me, meditation comes before action,” Bellace said.

Sports was another natural high for Bellace, who turned to athletics after his grandfather died, unlike his brother, who smoked weed to deal with the pain.

Bellace, who is an avid surfer, told the conference attendees “the most beautiful waves come from the biggest storms.”

Teenagers face a lot of stress factors, Bellace said, from the blue light of computer screens to sleep deprivation, and the effects of those things and others can take a toll on the developing brain.

Anxiety can be met with nicotine, alcohol, and drugs, or things like music, sports, or meditation.

“You have to find the thing that causes a natural high, produces the same chemical changes in your brain that drugs do. Hug someone, pet a dog, love someone,” he explained.

“He was funny and made some good points. My natural high is playing the violin.”

Bellace said his brother eventually went on to college after being diagnosed with a learning disability.

“After he got the support he needed, he didn’t need weed anymore,” he said.

After the keynote address, students broke out into small group sessions geared to reinforce the "Better Me, Better We" message. The workshops focused on educating students on topics and issues relevant to today, while providing methods of handling the challenges for themselves and their peers.

Some workshops included 'Don’t Get Vaped In,' where students learned about electronic smoking devices and strategies tobacco companies are using to target kids; 'Video Games and Social Media – Maintaining Balance;' 'S.A.F.E. and the Digital Movement,' where students explored ways to use technology to combat substance abuse in the community; 'Start with Yourself' and 'Not for Sale 2.0.'