Coronavirus: Local Information and Coverage
1 of 10

Gov. Phil Murphy, center, joined members of the Mullock family and others in front of the newly opened Harriet Tubman Museum, on Lafayette Street, in Cape May, for an official ribbon cutting ceremony Sept. 17. Earlier in the day, he signed legislation designating the building, also known as the Howell House, as the Harriet Tubman Museum of New Jersey. 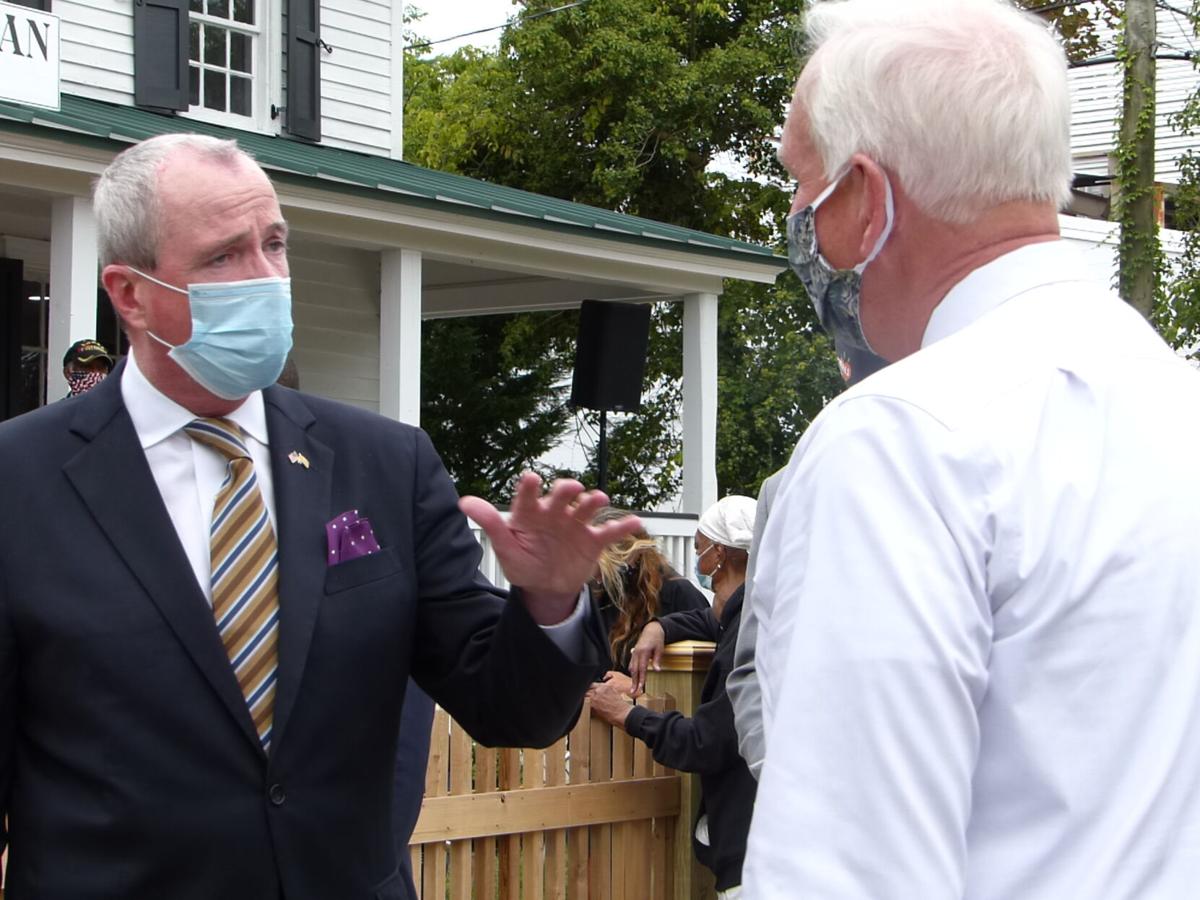 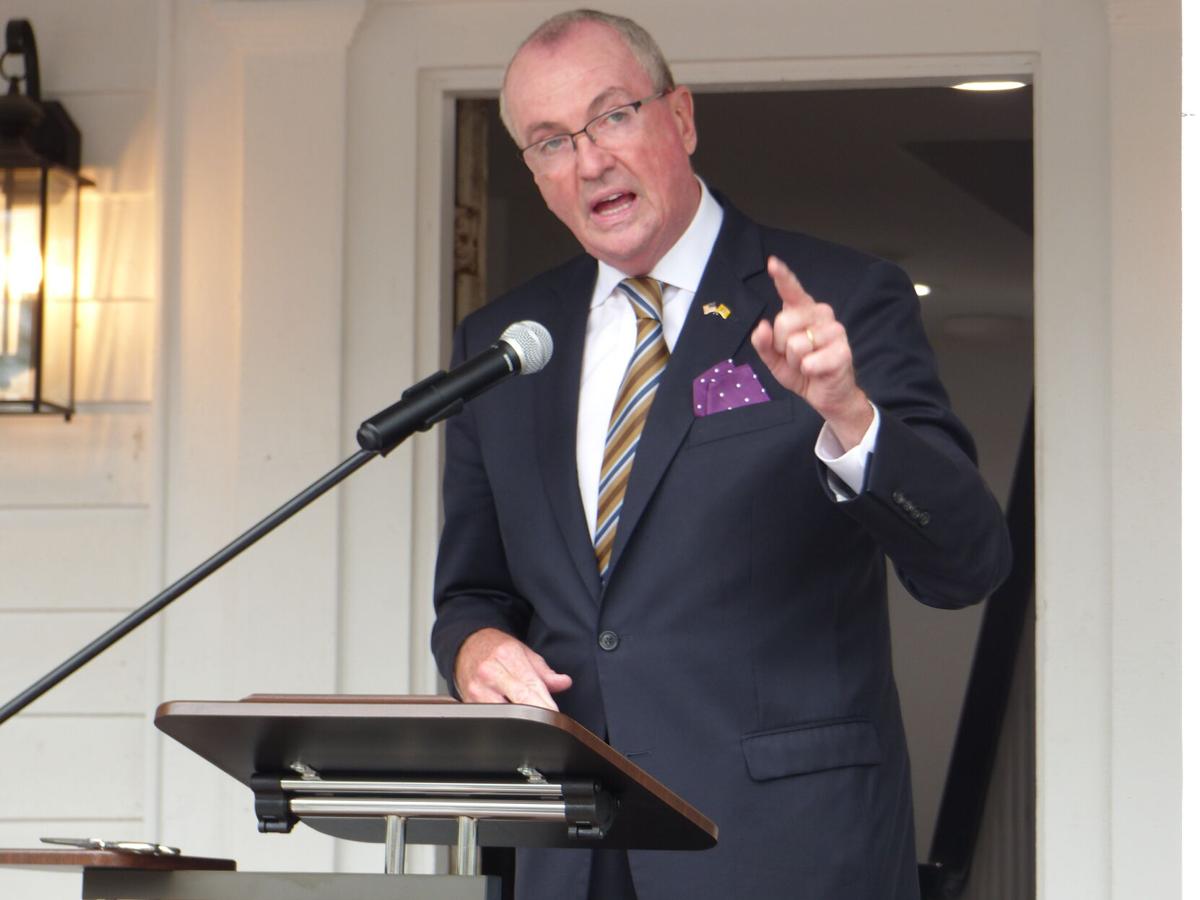 Gov. Phil Murphy’s remarks about the Harriet Tubman Museum’s opening included thoughts of how it will serve as a place of reflection for the community, referring to continued political unrest regarding systemic racism. 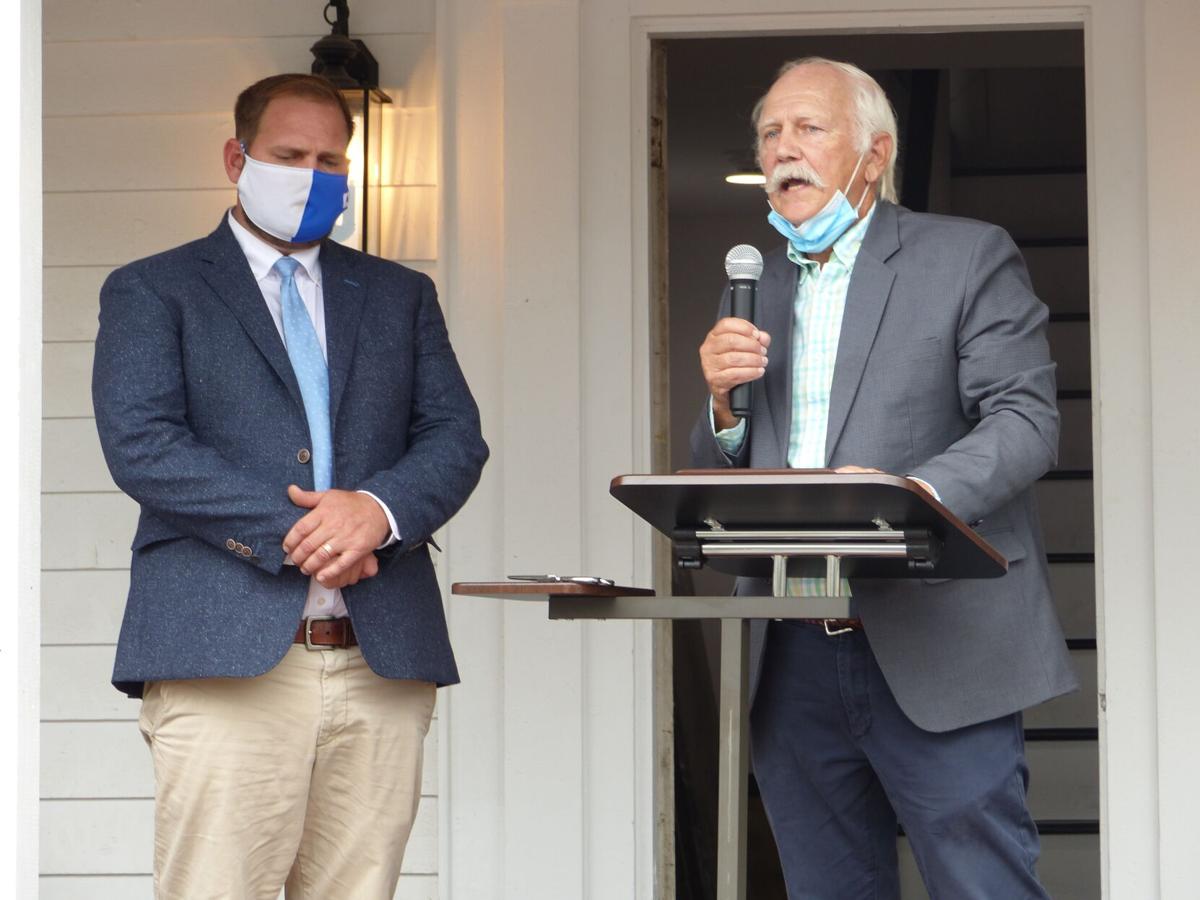 Robert Mullock, center, lauded the work of Zack Mullock, left, who was a key person in the building’s preservation. 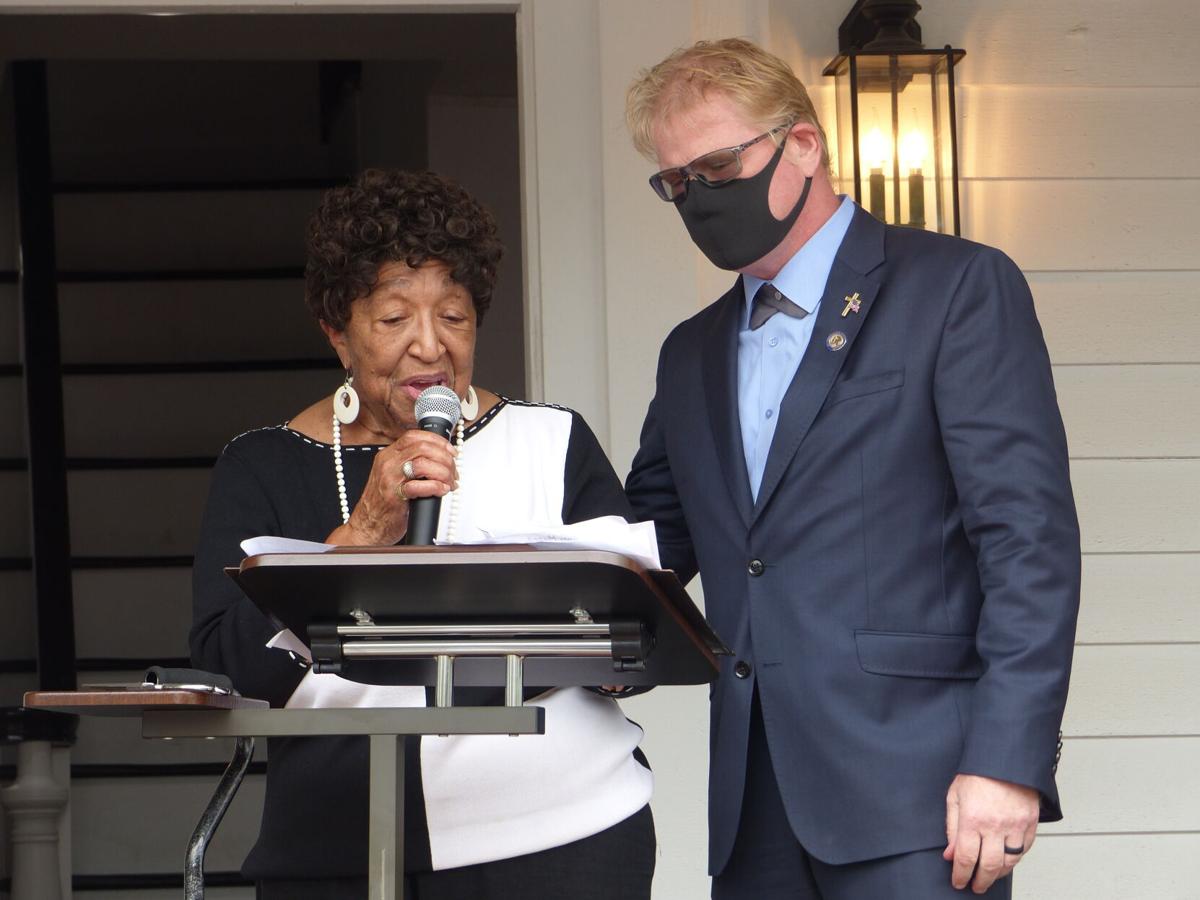 Lois Smith, left, was joined by Assemblyman Erik Simonsen (R-1st), right, for a rendition of “Amazing Grace.” The two received help from the crowd gathered in front of the museum and on Lafayette Street. 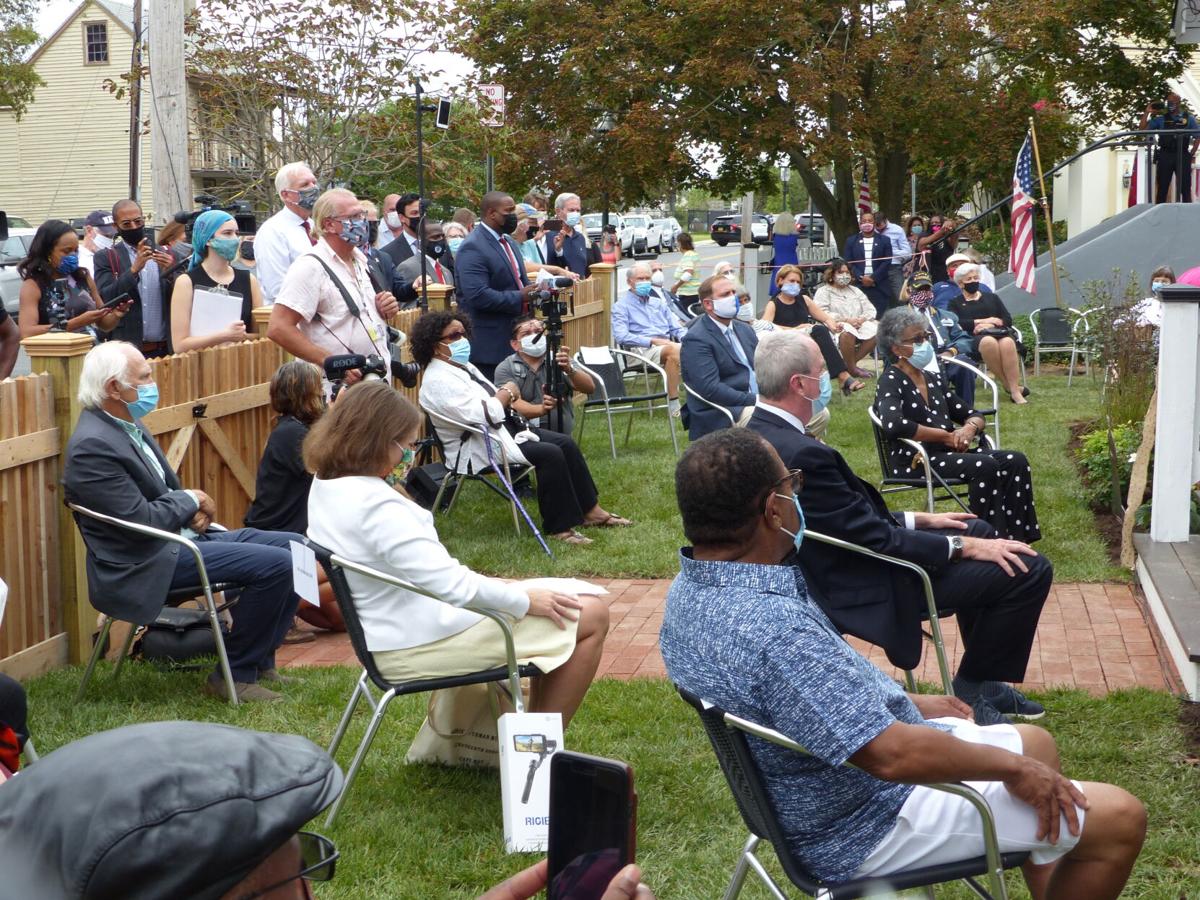 A multiracial, multi-aged crowd attended a ribbon-cutting ceremony at the Harriet Tubman Museum, in Cape May, Sept. 17. 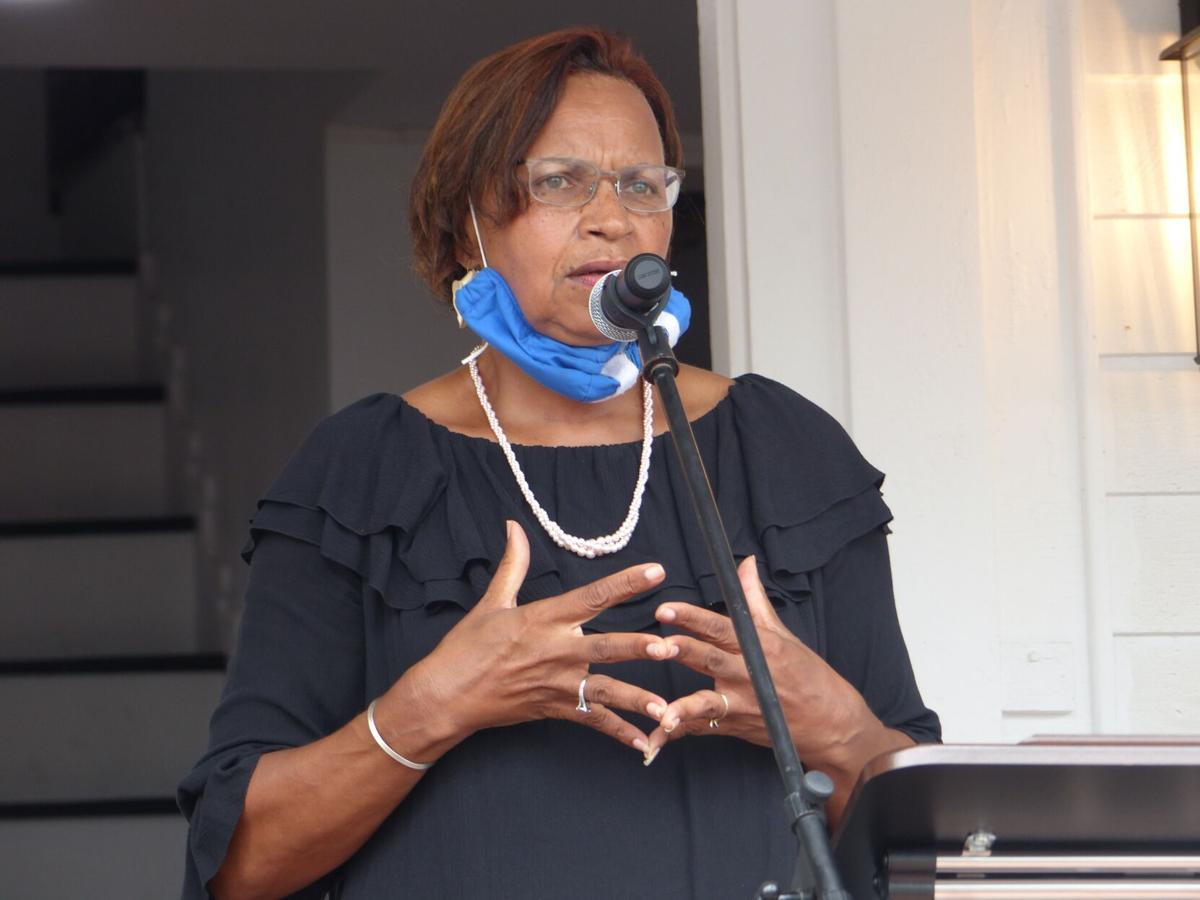 Lynda Anderson-Towns began the ribbon-cutting ceremony Sept. 17 by introducing Pastor Harold Harris, of the Macedonia Baptist Church, for which the Harriet Tubman Museum served as a parsonage.  Anderson-Towns took a stance that the museum will help bring people together. 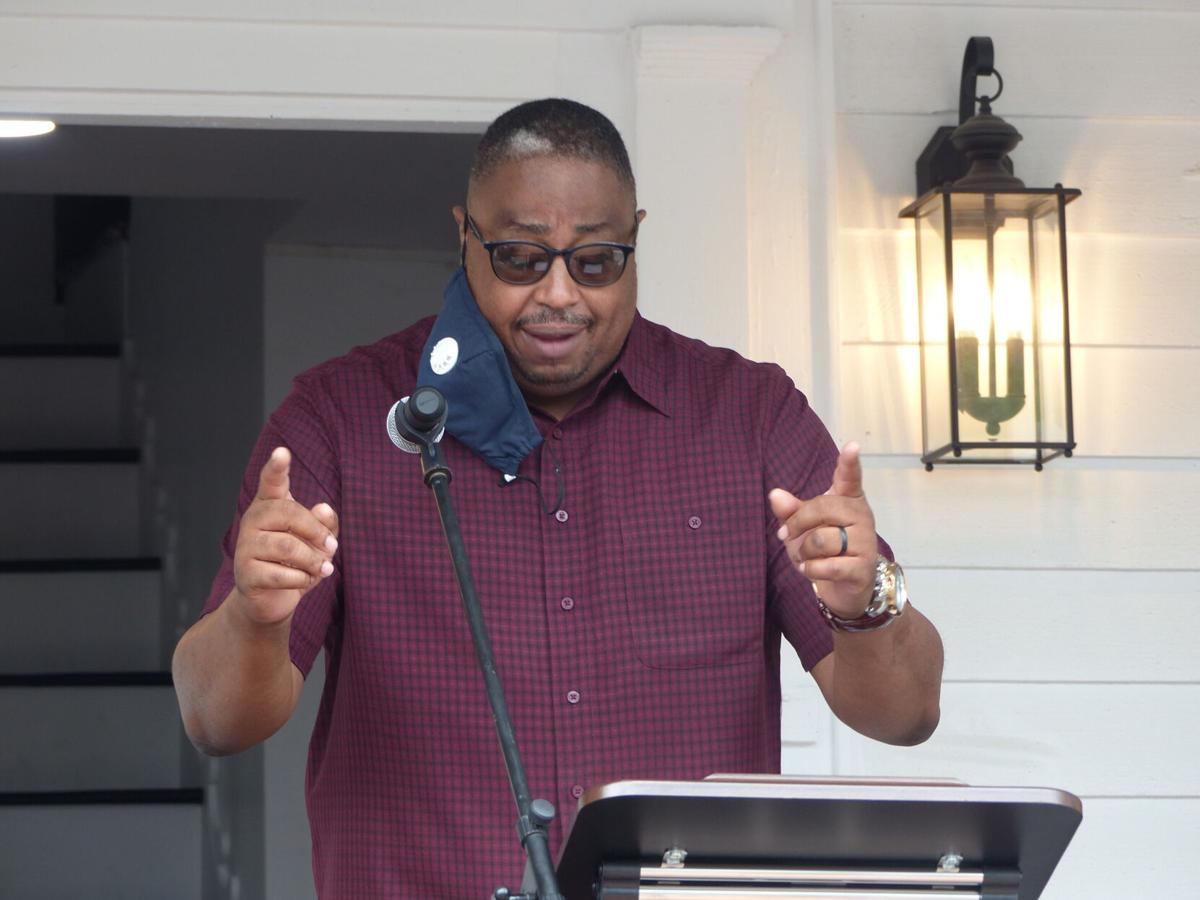 Pastor Harold Harris, of the Macedonia Baptist Church, blessed the museum through prayer before guest speakers took the stage. 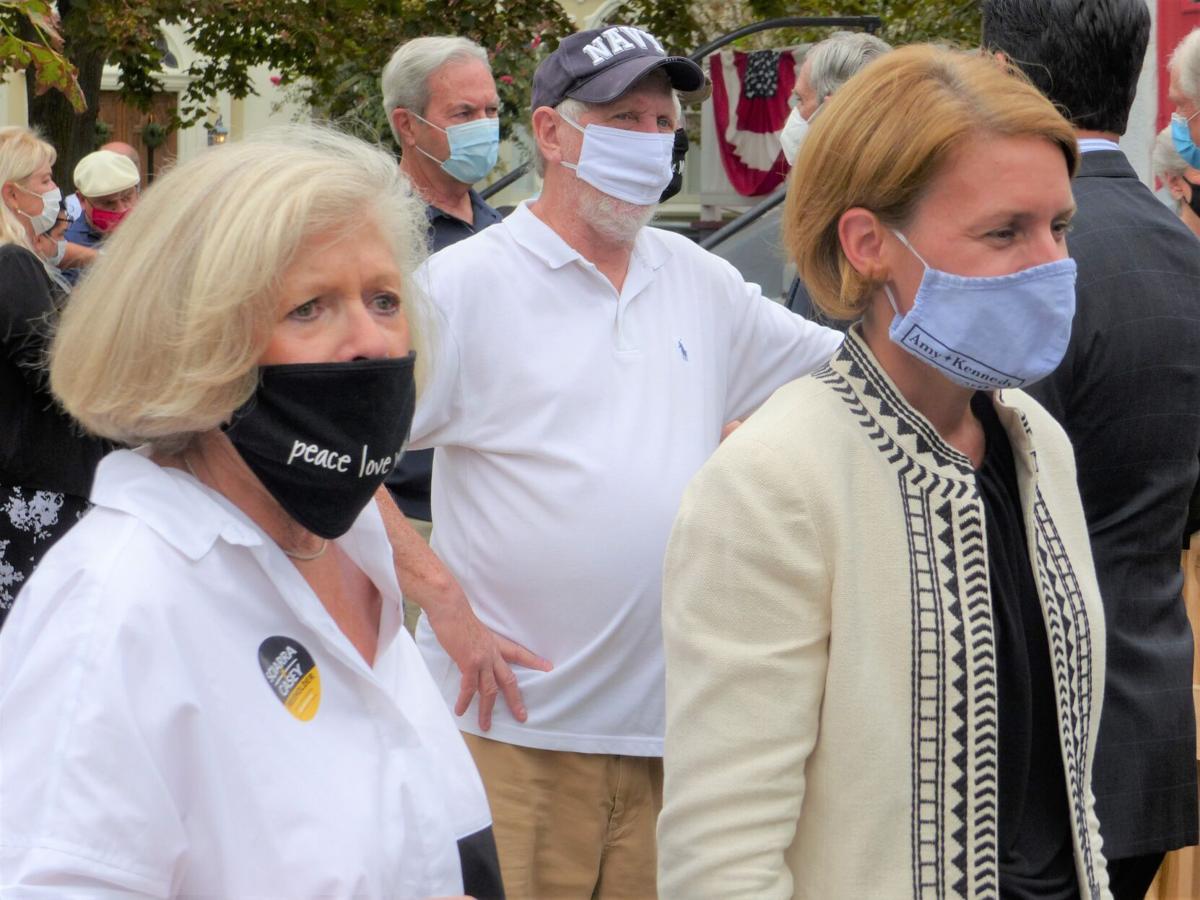 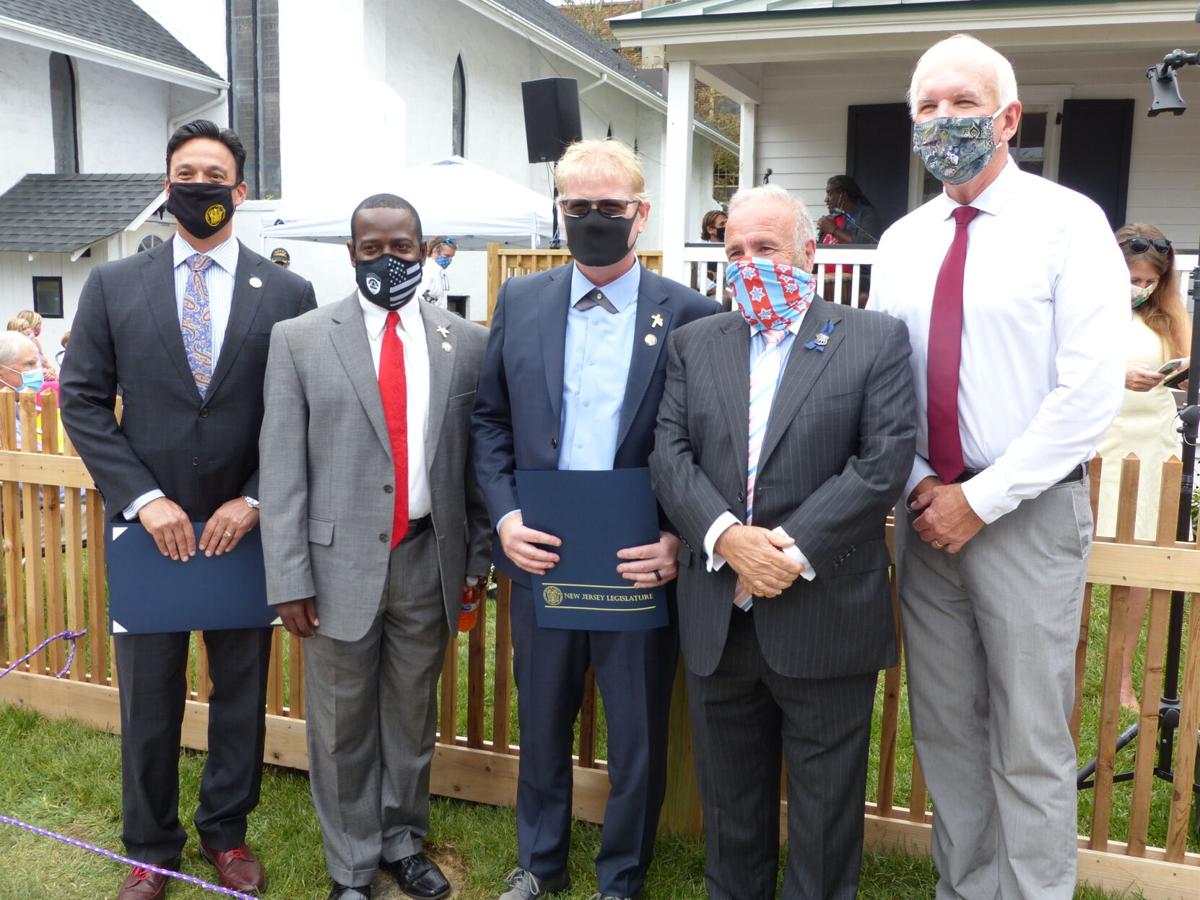 Gov. Phil Murphy, center, joined members of the Mullock family and others in front of the newly opened Harriet Tubman Museum, on Lafayette Street, in Cape May, for an official ribbon cutting ceremony Sept. 17. Earlier in the day, he signed legislation designating the building, also known as the Howell House, as the Harriet Tubman Museum of New Jersey.

A multiracial, multi-aged crowd attended a ribbon-cutting ceremony at the Harriet Tubman Museum, in Cape May, Sept. 17.

Lynda Anderson-Towns began the ribbon-cutting ceremony Sept. 17 by introducing Pastor Harold Harris, of the Macedonia Baptist Church, for which the Harriet Tubman Museum served as a parsonage.  Anderson-Towns took a stance that the museum will help bring people together.

Pastor Harold Harris, of the Macedonia Baptist Church, blessed the museum through prayer before guest speakers took the stage.

CAPE MAY - Gov. Phil Murphy, for the second time this year, visited Cape May County Sept. 17, this time to commemorate the Harriet Tubman Museum's opening.

After a morning in which he introduced the millionaire's tax, the governor headed south to the museum, on Lafayette Street, in Cape May, arriving around 2 p.m. to applause from a multiracial, multi-aged crowd along the sidewalk, street, and homes. Welcoming Murphy with elbow bumps as he walked down Lafayette Street from Franklin Street were numerous state, county, and city officials, along with those who helped save the museum, also known as the Howell House, and took part in the building's rehabilitation process.

The museum officially opened June 19, also known as Juneteenth, which signifies slavery's end in the U.S. Its opening came amid ongoing discussions nationwide about ending racism and police misconduct among minority communities.

With the governor and other guests seated on the front lawn, the event began with Lynda Anderson-Towns introducing Pastor Harold Harris, from the neighboring Macedonia Baptist Church, who said a prayer.

Anderson-Towns spoke about the museum's opening and the building's conservation efforts, adding how she feels it will benefit visitors by informing them about the African American community's impact on Cape May, Cape May County, and New Jersey. She also believes that, as "a little museum with a big story," it will help unify the community through its purpose.

"It speaks to what we can do when we do it together," Anderson-Towns said. "We are better together."

"I'm hoping that this museum will encourage, particularly, the young folk," Smith said, "and make them realize what we have to do in order to succeed. It is be together."

Smith followed her words with song. She chose not to close her time at the podium alone, asking Assemblyman Erik Simonsen (R-1st) to join her for a rendition of "Amazing Grace." The crowd joined them for each verse.

Robert Mullock followed the rendition about his take on the museum's significance to the community being, as he said, "in a place in one of the most important abolitionists, anti-slavery locations in the entire United States of America."

Historians believe Tubman may have lived in a settlement in Lower Township. Some also say she worked at a hotel in Cape May and helped ferry slaves escaping to the north.

Mullock's family leased the building, which once served as a parsonage to the Macedonia Baptist Church. His son, Cape May City Councilman Zack Mullock, served as the museum's construction manager.

"I'm proud of the City of Cape May and how they came together," Robert Mullock said of the conservation efforts by residents who fought to prevent the building’s demolition, suggesting that the property could have possibly become a parking lot if it hadn’t been saved. He acknowledged his son's efforts for the project, which was met with applause.

Roughly halfway through the event, the governor was introduced, giving his blessings to several members of the conservation efforts.

Earlier in the day, Murphy signed legislation officially designating the building as the Harriet Tubman Museum of New Jersey. The bill was sponsored by several local state legislative members, including Sen. Michael Testa and Assemblymen Simonsen and Antwan McClellan (all R-1st). Murphy also, earlier in the week, signed legislation designating Juneteenth as a state and public holiday.

Murphy began by recognizing veterans and elected officials, including Clarance Lear, the city’s mayor. He also acknowledged Cape May County's efforts over the summer to combat the coronavirus pandemic, calling the cooperation and response "outstanding."

"God's time is always near," Murphy began, reciting Tubman’s words. "He set the north star in the heavens. He gave me the strength in my limbs. He meant I should be free."

Saying that the quote was spoken over 160 years ago, Murphy noted it should be meaningful as the museum is introduced to the public.

"I hope, and I suspect a hope that is shared by each and every one of us, is that this museum becomes a new north star for us to engage, with all the strength in our limbs, in this worthy and long overdue endeavor," Murphy said of the museum, as a place to help reverse systemic racism.

Harriet Tubman is an American hero.With the new @HarrietMuseum in Cape May – a center of the abolitionist movement in Northeast – her bold legacy will live on here in New Jersey, inspiring future generations with her bravery. pic.twitter.com/OMqCTyilMA

"This is a place for us to learn from Cape May's role in a long and still unfinished fight for civil rights," the governor added. "However, and perhaps most importantly, this is a place for us to reflect on the uncomfortable truth that, for as much as our nation has changed for the better, plus its history, we still have a long way to go in ensuring that the founding ideals of this nation, life, liberty and the pursuit of happiness, ring true, not just for some, but for every single American and those who wish to join our richly diverse family."

After the governor's speech, the Mullock family, along with others, joined the governor on the building's front porch steps.  Murphy's single snip of the ribbon lining the step's arms marked the official beginning of the museum's tenure, in Cape May.

As the crowd dispersed, Murphy entered the building for a tour, followed by photo ops with some still lingering along Lafayette Street before walking to his vehicle and heading for his next destination.

The historic Howell House, on Lafayette Street, in Cape May, would be recognized as the Harriet Tubman Museum, in New Jersey, under legislation approved Aug. 27 by the Senate and on its way to Gov.Murphy’s desk for consideration.