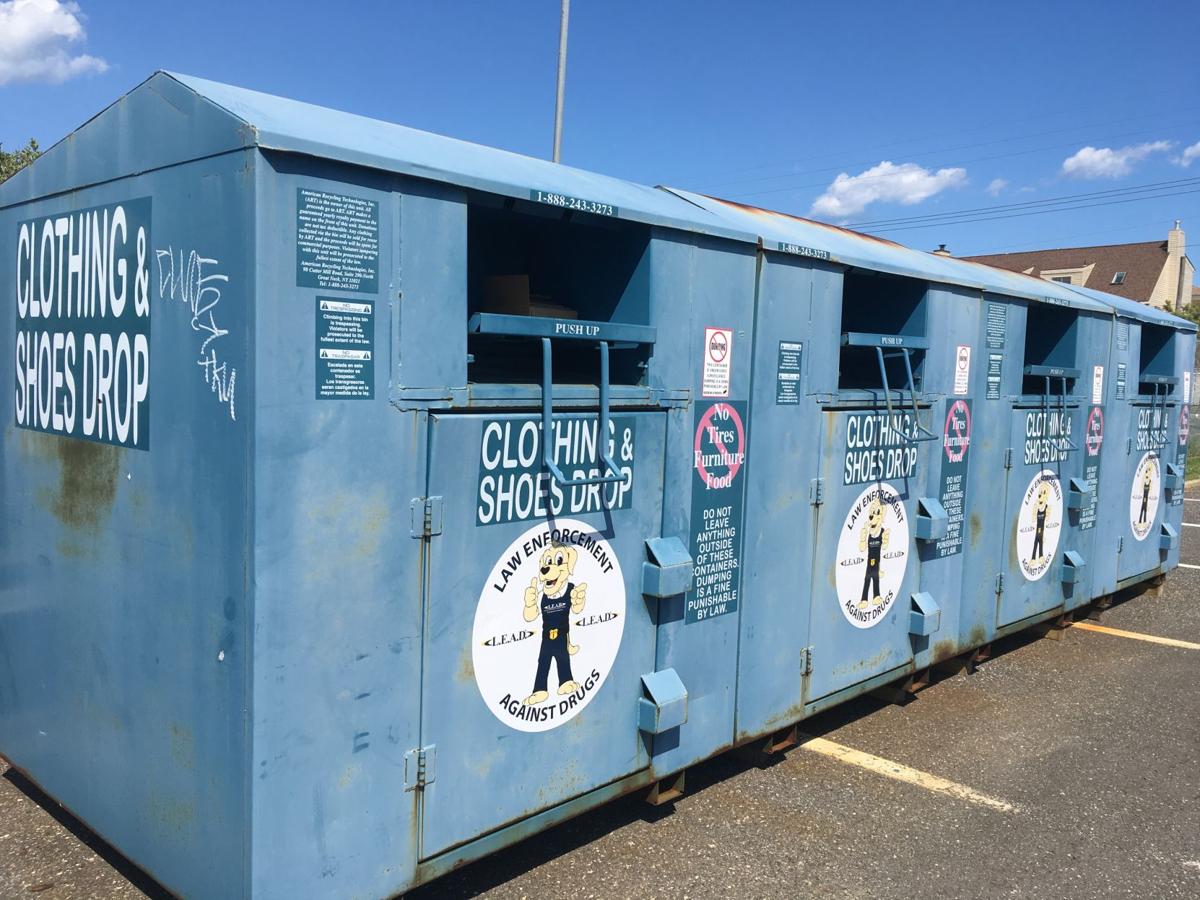 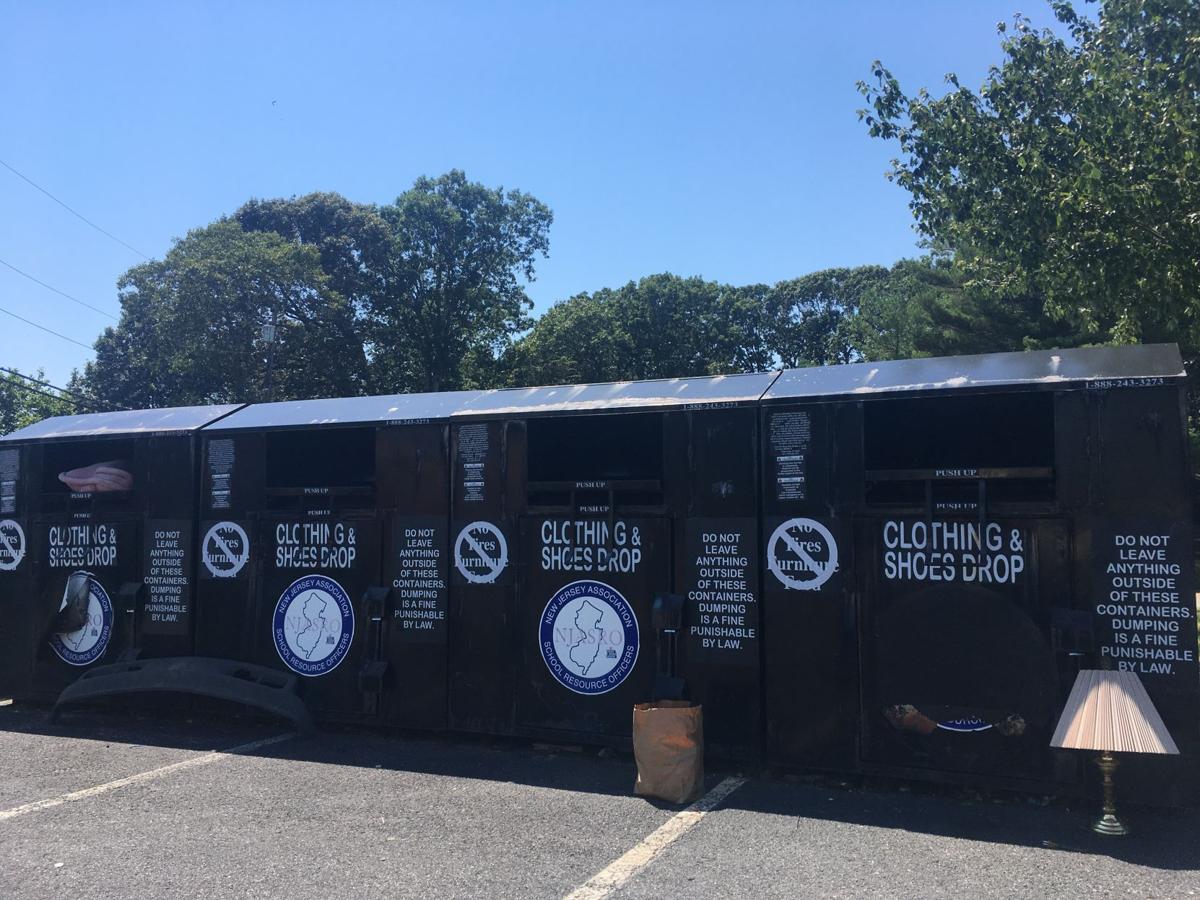 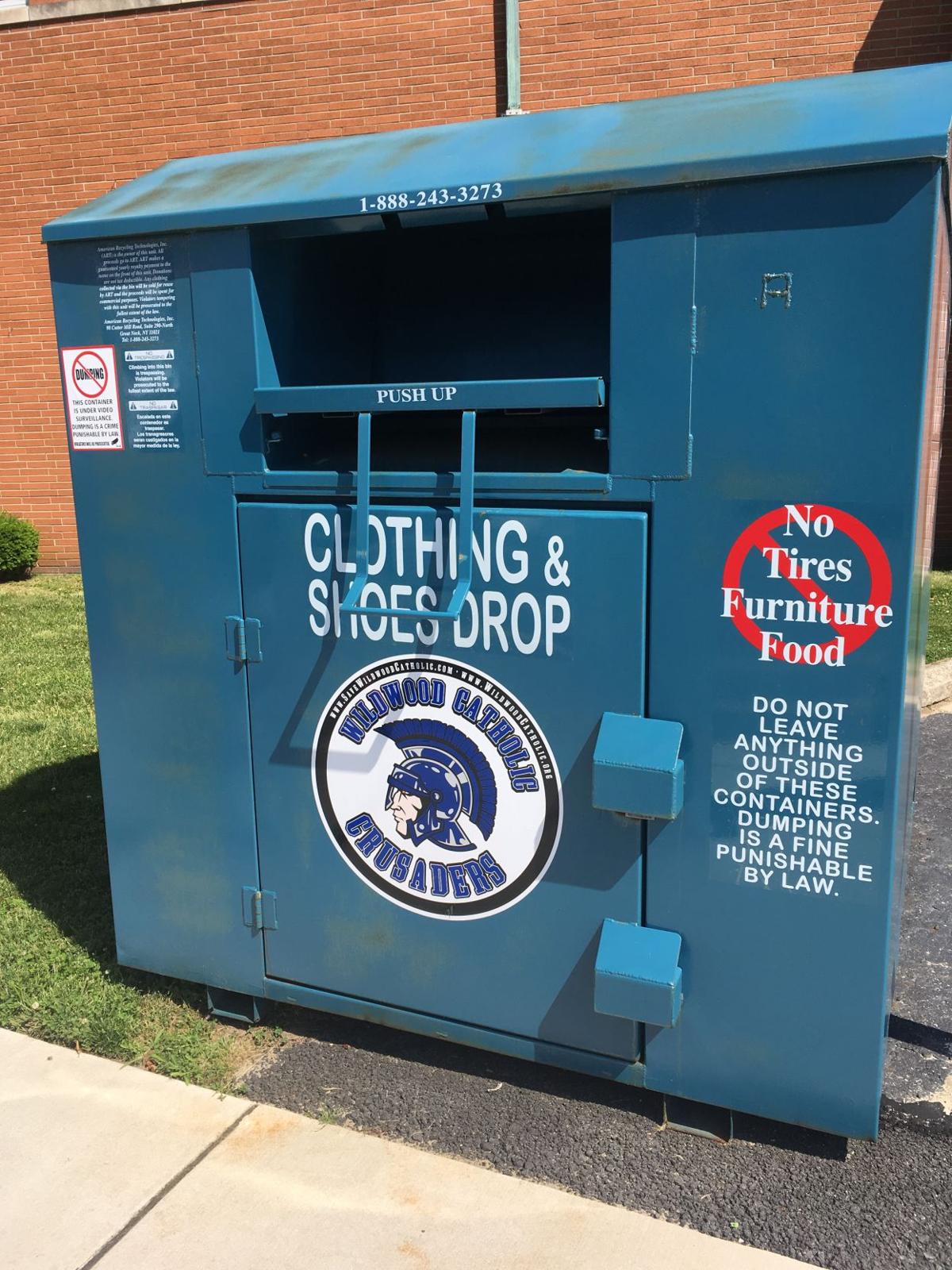 A donation bin at Saint Ann’s School in Wildwood.

A donation bin at Saint Ann’s School in Wildwood.

COURT HOUSE - Every day throughout Cape May County, people truck bags of clothes, shoes and other soft goods to their local thrift stores or parking-lot drop bins.

“Some donations consist of one bag or box, but most people bring multiple bags and boxes, all the way up to carloads,” said Jessica Kunie, manager of Et Cetera thrift shops, who says each store averages 10-15 donors a day.

Et Cetera is one of several county thrift stores seeing a surge in donations in the wake of the minimalism trend sweeping the nation. With TV series like 2019’s "Tidying up with Marie Kondo" urging viewers to toss anything that does not spark joy, and countless HGTV programs promoting clean and orderly homes, county residents are pressured to haul away the spoils of their lives.

“Many of our donations come from those that are downsizing and embracing the minimalist trend,” Kunie said. “I've heard it from many customers that is the route they are going.”

Like most thrift stores and charities, Et Cetera collects donations from drop bins behind their stores’ two locations in Court House and North Cape May. Then, volunteers from Cape Regional Auxiliary - the non-profit which run the stores - sort the sellable from the unsellable.

If items are stained, ripped or otherwise excessively worn, they are likely to be rejected. Kunie estimates a quarter of their donations are not sellable.

“Customers overall from our shop, and what I hear from the others in the area, are particular in what they are willing to purchase, and we don't blame them,” Kunie said. “Just because the items are secondhand, we try to make sure they are all in sellable, wearable or usable condition.”

The “soft items” which volunteers deem unsellable get sold to a textile recycler. Et Cetera sells to Turnkey Enterprises.

“We receive a few cents per pound on the items we give to them,” Kunie said.

Textile recyclers often sort wearable clothes from fabrics to be cut into rags, according to a 2002 investigation by The New York Times reporter George Packer. Packer followed a T-shirt from a New York thrift store to a man in Africa who bought it from a peddler for $1.20.

After the clothes are sorted, they are baled and sold in bulk to wholesalers in other countries. Wholesalers sell them to peddlers who in turn sell them in marketplaces, according to Packer’s article.

Unlike items left in thrift store drop bins, most of Cape May County’s donations dropped in parking-lot bins go straight to a textile recycler which sells them overseas.

“There are unfortunate people in this country, too,” but, according to Binler, they “don’t want to wear someone else’s clothes.”

ART has dozens of bins in shopping plaza parking lots in Rio Grande, Court House, North Cape May, and North Wildwood. There are others at county schools, firehouses, and grocery stores.

Its bins often bear the logo of a non-profit: bins in the North Wildwood shopping plaza lot have the Law Enforcement Against Drugs logo; one at Saint Ann’s School in Wildwood has the Wildwood Catholic Crusaders logo; bins in the Big Lots shopping plaza in Court House bear “New Jersey Association of School Resource Officers.”

Some county residents don’t like how clothing in those bins goes to what Binler terms “third-world countries” in exchange for yearly royalty payments to local non-profits. Resident Ed Wheat said it’s why he abstains from donating.

“Don’t be swayed by those stickers on the bins,” he said. “They only kick back a minimal portion of what they sell the clothing for.”

Other county residents said they go out of their way to take their clothing to bins at The Lighthouse Church in Burleigh because they are owned by the Atlantic City Rescue Mission, which gives them to local people in need.

Binler said for-profit recycling is the only way to keep clothing out of landfills because America produces more used clothes than its thrift stores and charities can handle. He also said non-profits need money more than they need used clothes.

“We’re spoiled, we don’t appreciate what we have,” he said, citing clothing as 5% of all landfill waste. “We buy it today and throw it away tomorrow.”

In 2009, ART was fined $50,000 after Connecticut argued its bins were deceiving because they prominently displayed the logo of a nonprofit without clarifying that contents went to a for-profit company.

“Out of $2.7 million in revenues over five years, less than 10% went to any charity,” Attorney General Richard Blumenthal said at the time.

As a result, all of ART’s bins have a sticker in the top left-hand corner which reads, “All proceeds go to ART. ART makes a guaranteed yearly royalty payment to the name on the front of this unit.” Binler said he helped write the law which required those labels in 2008.

Binler would not disclose how much clothing ART collects in Cape May County because he was “not sure I want competitors to know what I do” in terms of quantity.

“The funds collected go 100% back to the program activities, which include a convention, workbooks, lesson planning, and training,” he said.

Also on ART’s labels are the phone number donors can call when bins need to be emptied. Wildwood Crest resident Aimee Komada-Donahue said she often has to call the number when dropping off a donation at an overflowing Rio Grande bin.

“(They) were so full, people just left bags on the ground,” she said. “Then stuff gets wet, and critters can get in. People shouldn't leave stuff outside. Once it rains, it's trash.”

Dumpers illegally leave piles next to donation bins if the bins are full, or if the items are too big to fit in the slot. Sometimes, the items dumped aren’t textiles: On June 28, lamps and other housewares were sitting next to bins at the Big Lots in Court House.

A large label on the bin reads, “No tires, furniture, food. Do not leave anything outside of these containers. Dumping is a fine punishable by law.”

ART’s website claims they “service each location a minimum of twice per week, to maintain an attractive, convenient drop-off spot.”

Even with bins allegedly being serviced twice a week, Komada-Donahue noted that slots are often stuck open because items were jammed into overfull bins.

“If the stuff is getting wet and smelly because the bins are stuck open, our donations will be thrown out,” she said.