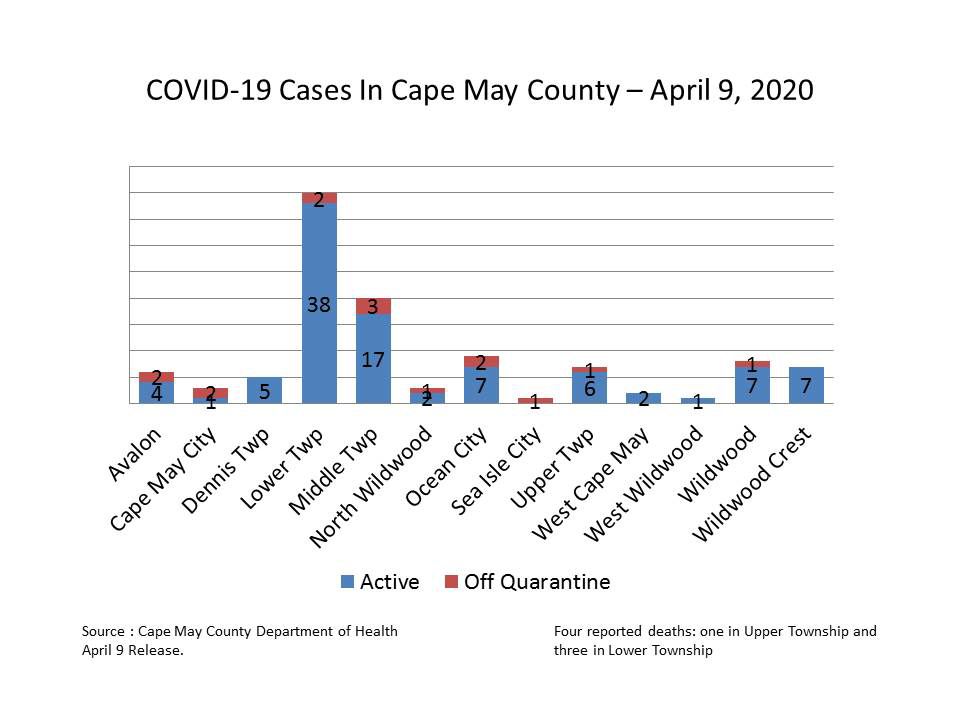 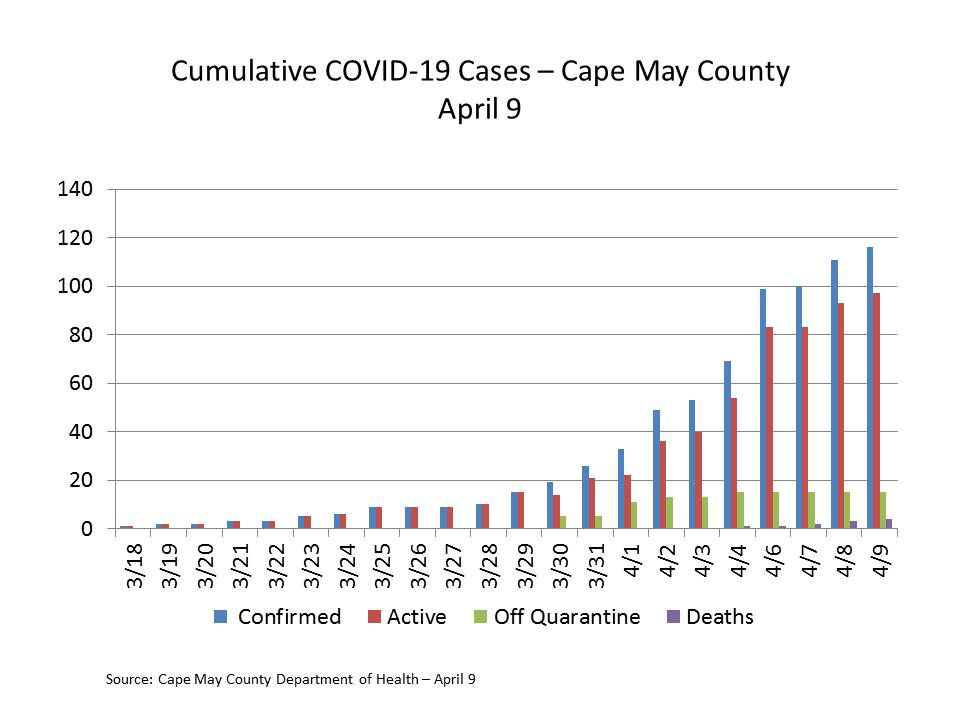 The county’s report comes on a day when state officials said total state-wide confirmed cases of the virus topped 50,000, with 1,700 associated deaths.  Officials also disclosed that there are 59 positive cases and 14 deaths in three veterans’ homes, in Paramus and Edison.

Three county municipalities remain free of positive cases, which are Cape May Point, Stone Harbor and Woodbine. DOH reports that a total of 19 residents and 14 staff tested positive at several assisted living and long term care facilities throughout the county.

Long term care facilities have been hard hit throughout the state, with more than half of the state’s 375 such facilities reported with cases.