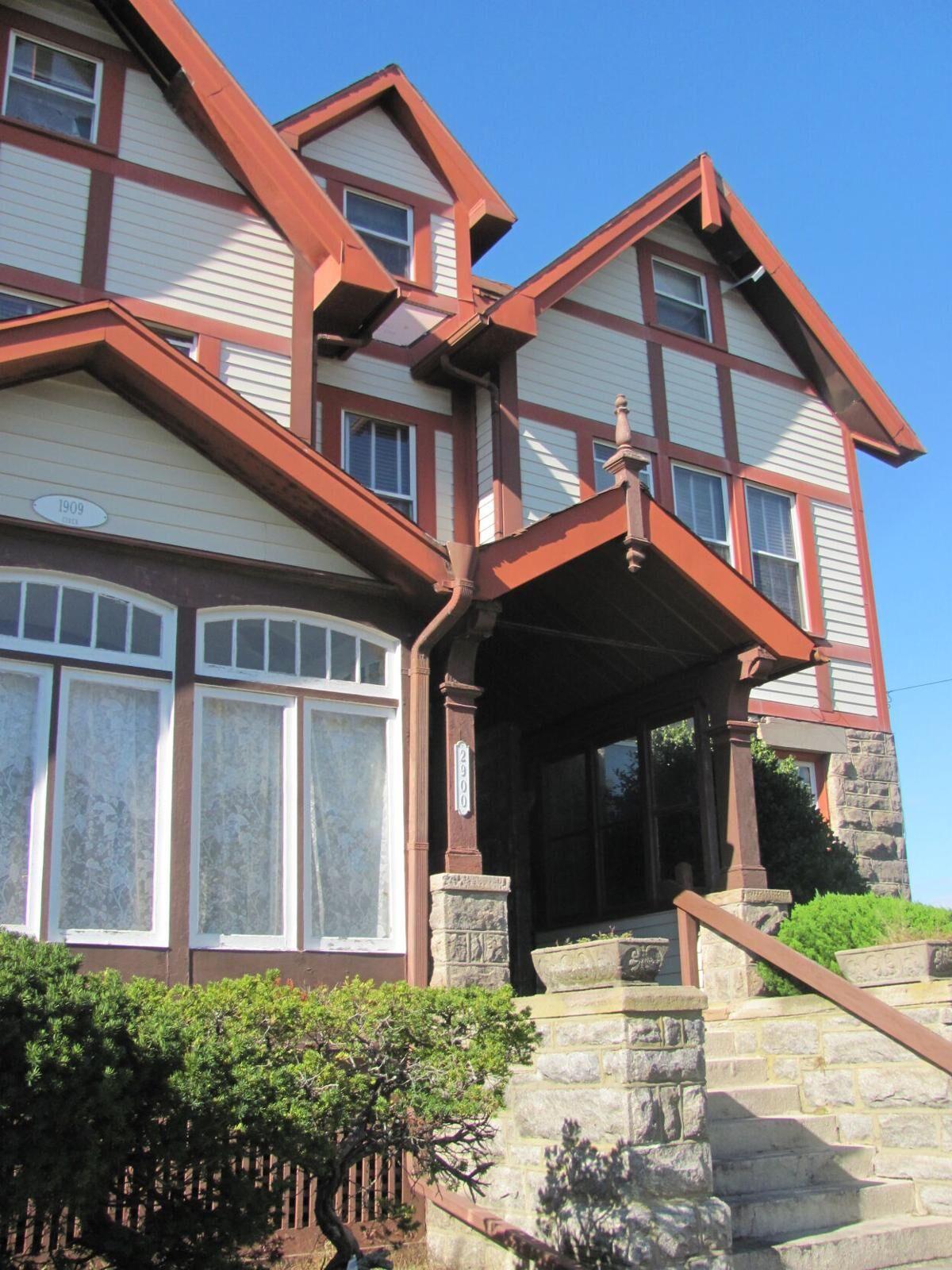 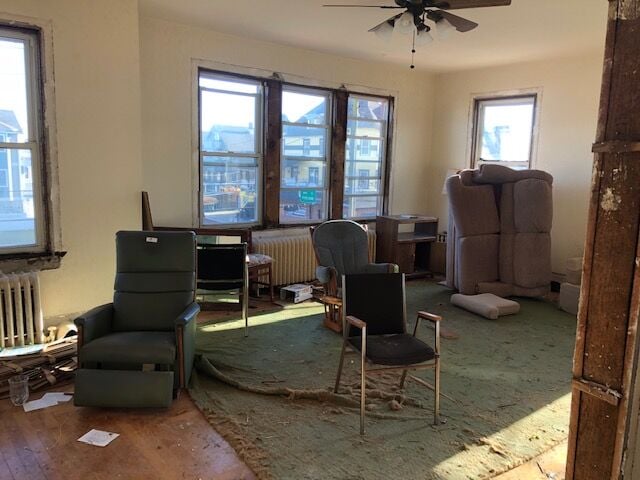 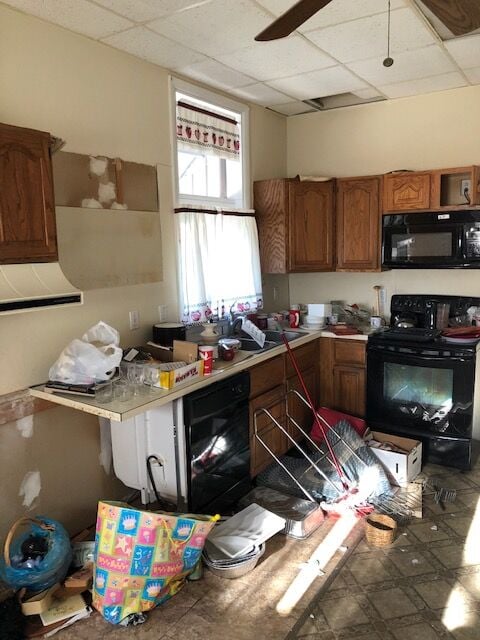 St. Ann Rectory kitchen is in a state of disrepair.

The below replaces an earlier version.

According to Byrne, the property encompasses an entire city block, and will be developed for “market value homes and parking.” The proposed project includes a mixture of townhouses and condominiums.

Byrne said the sale price landed at $1.35 million; the land itself is valued in the vicinity of $1.5 million. He is not unaware of the desire to save the rectory.

“I understand the need to preserve historical landmarks when appropriate and fiscally responsible. In this case, the rectory, unfortunately, is neither,” Byrne said Jan. 21.

Throughout autumn, in 2020, city and county residents expressed anger and dismay on social media at the prospect of demolishing the rectory, which has stood since 1910. Due to Covid’s economic impact, the parish needs income.

In a previous interview, Wallace emphasized that the sale bears no relation to the financial struggles plaguing the Diocese of Camden or paying clergy sex abuse victims (http://bit.ly/3iHQKi4).

Quinn, in a Jan. 20 phone interview, said the proceeds will help pay off the debt acquired from Cape Trinity and Wildwood Catholic schools. The two schools, housed in the same building, combined to create Wildwood Catholic Academy July 1, 2020.

“Their debt was what the parish chose to take on,” Quinn explained. By absorbing the debt, Quinn said, the parish enabled private Catholic education to remain on Five Mile Island.

According to Quinn, the funds help the parish “deal with reality” and the impact of Covid on the parish’s budget. Future projects, i.e., replacing kneeling benches, roof, and HVAC system, are on the agenda.

Although the Diocese of Camden holds the debt, the entire $1.35 million belongs to the parish. Keeping Wildwood Catholic Academy open is paramount, Quinn said, in previous comments.

Mayor Peter Byron expressed his excitement to the Herald, in a Jan. 20 phone interview.

“This is the biggest residential project in years. It’s an amazing project,” Byron said.

Byron, who works in the real estate market, said the development will bring an estimated $400,000 in taxes. The property was never on the city’s tax rolls and will help boost Wildwood’s finances. The sale of the rectory and school property will help stabilize the tax base, according to Byron.

“This will take time,” Byron admitted. The mayor does not expect to see a return until 2022.

“We need to become more developer-friendly,” Byron said. By developing the rectory and school property, confidence will arise in other investors and developers.

However, Byron assures residents that the city played “no role” in the agreement between Notre Dame de la Mer Parish and BG Capital. The mayor also stressed that no “collusion” between the city, BG Capital, or the parish took place.

Byron confirmed that he was approached by Partners in Preservation, a local non-profit organization dedicated to preserving historical landmarks. The mayor said the city can’t intervene to spare the rectory.

“It’s not possible,” Byron said. He remains confident that love for Wildwood will prevail, as the project is seen in a positive light. As lots are developed and sold, pedestrian traffic will enter the city’s downtown. Byron envisions future business springing up, including art stores, boutiques, and a coffee shop.

“From the city's perspective, we are proposing a market-rate residential development at an available price point we feel is unique to Wildwood,” Byrne clarified Jan. 21.

“For the first time in recent history, the entire block, previously tax-exempt, will become a ratable for the town, as well as injecting dozens of first and second home buyers who will, undoubtedly, contribute to the local economy in perpetuity,” Byrne added.

He expects to present official plans to the Wildwood Planning and Zoning Board in March. Specific plans and visuals will be presented to zoning officials.

An exact demolition date is not set at this time, but Byrne expects action soon.

“The building is not habitable and was left in complete disrepair. The basement has mold and moisture issues. The cost to resolve all of these issues, coupled with the acquisition cost, would render the building a negative asset,” Byrne explained.

The condition of the rectory, due to age and disrepair, was declared unsafe by third-party inspectors, according to Byrne.

Taylor Henry, president of the Wildwood Historical Society and Preserving the Wildwoods, and vice president of Partners in Preservation, shared her campaign to keep the rectory standing. Henry created a petition, which can be signed online: http://bit.ly/3kUknwP.

“We are still planning to have a discussion with the city and developer. The Preserving the Wildwoods committee would be involved with caring for the property and applying for restoration grants,” Taylor said via Facebook messenger Jan. 21.

“The goal is to show that historic preservation is progress, and we can grow while honoring our past. We are not against new development, but we are against the idea that the rectory and other proven historic places are not worth the trouble to save,” Taylor wrote.

“As long as historic buildings like the Rectory are devalued and labeled as ‘too expensive to save,’ we are going to keep fracturing our sense of community. The biggest reason I am pro-preservation is because it is good for the local economy, and not enough people understand this,” Henry said.

“I see more and more young people, such as Gen(eration) Z and millennials, visiting our museum and telling us how much they love our unique Victorian architecture,” Henry concluded.

Can preservation and progress cohabitate? Byrne claims the community is better served by removing the rectory, while concerned locals continue their fight.

The coronavirus impacted daily life, including patterns of worship and cherished traditions. For the members and leaders in Notre Dame de la Mer Parish, financial challenges triggered obstacles but also paved the way for new beginnings.