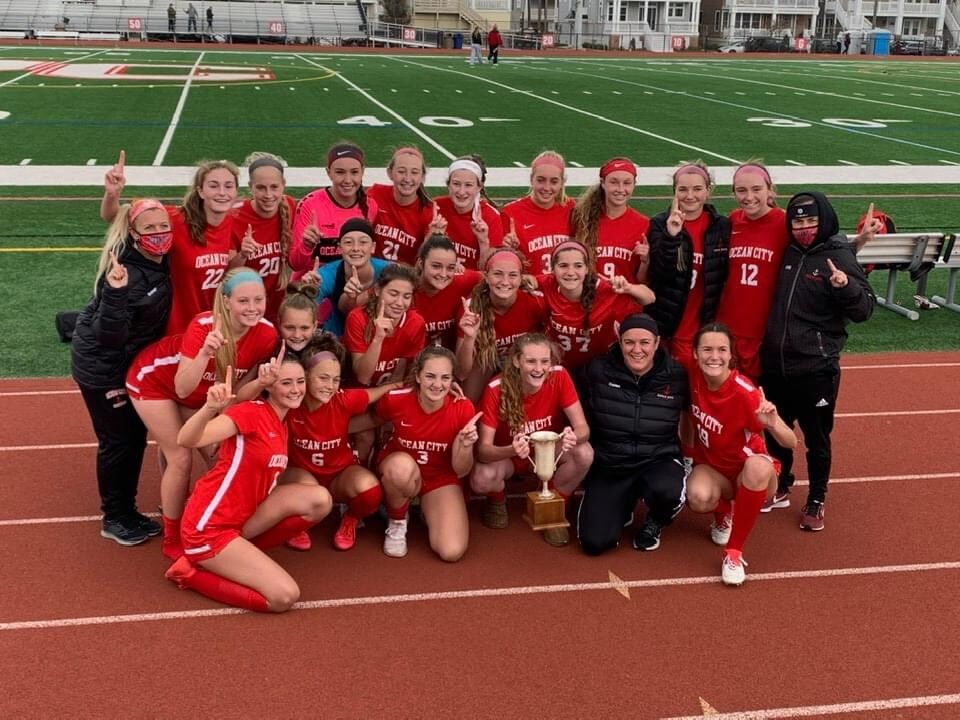 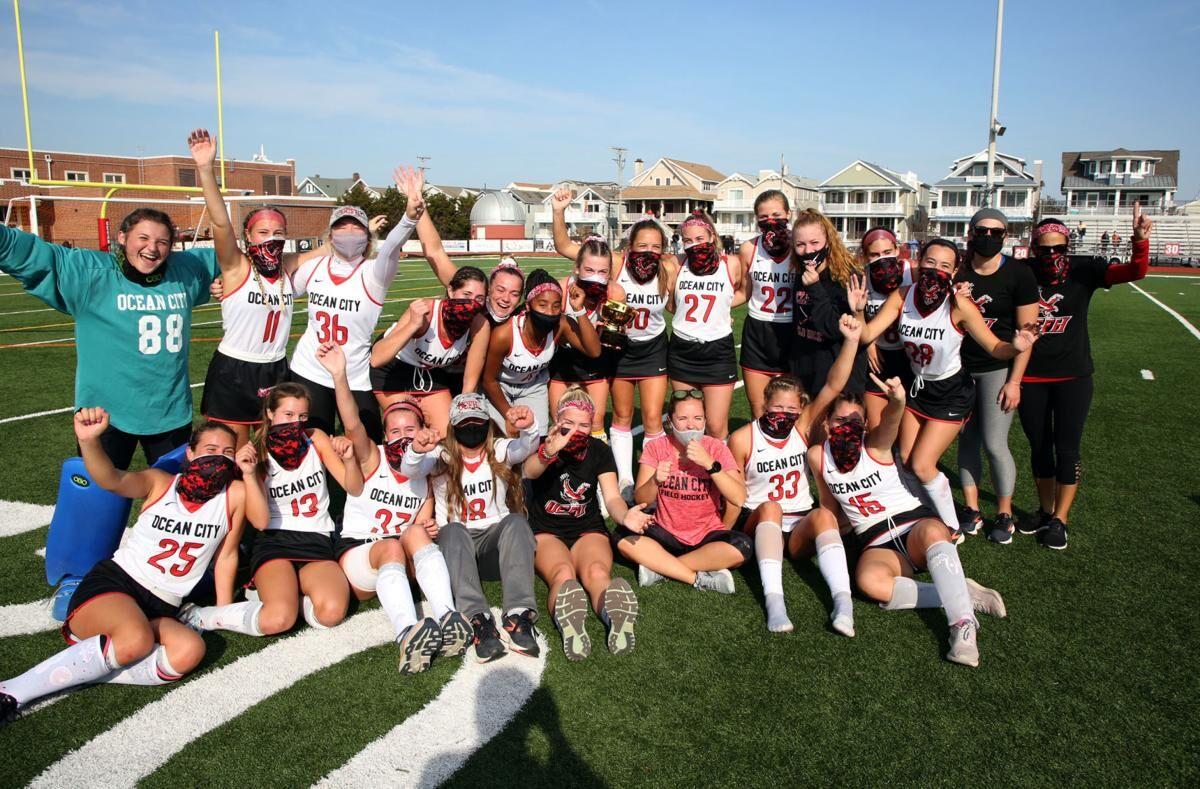 It was a regular-season game; however, that's what stands out most to Ocean City head coach Lisa Cuneo.

“Our second game against Middle Township stands out to me. We didn’t really experience a team that played us as packed in as they did, and I give them credit. They did it well,’’ Cuneo said. “What that game did for us was remind us that we always have to continue to find different ways to win.’’

The Red Raiders finished the season 11-0-1, with a 7-0-1 mark as first-place finishers in the Cape-Atlantic League South Division.

“I think most of my starting lineup brought the leadership this year,’’ Cuneo said. “We were able to bring some young players up this season and the starting group really set the tone as to what was expected this season. Sophomore midfielder and first-year starter Emily Benson showed her tenacity and work ethic in the middle of the field this season.

"Sophomore back Riley Fortna started every game as a freshman, but as outside back. With the graduation of our center back, we moved Riley there, and she was a steady player for us all season.’’

Ocean City had a memorable year, and they’d like to continue their championship ways into the future.

"Although we graduate five starters, we are returning players with experience and players who only know winning, and that team atmosphere is really important to keep our program at a high level.’’

“Our home game versus Mainland (regular season Nov. 7) definitely sticks out as an impressive win for our team,’’ Ocean City head coach Kelsey Burke said. “We won the game 11-1. The girls came out on fire, scoring 50 seconds into the game to put us ahead 1-0.

"We really emphasized starting strong because we had struggled with that a bit earlier in the season. That game was a total team effort. Nine different players contributed at least a goal or an assist in the win.

“Also, both of our games versus Middle Township were exciting for our team. Entering the first game versus Middle, they were undefeated and had the most power points in South Jersey.

"While the end outcome was only a 1-0 victory, it was a dominant effort by us, and Middle didn’t have many scoring opportunities. With Middle winning their section (Southwest Group A), it shows what a formidable opponent they were and makes those two victories even sweeter for our team,’’ she continued.

Leadership was at a premium for the Red Raiders this fall.

“The senior class really stepped up this season and led our team to success,’’ Burke said. “We have eight seniors and each of them is very selfless, hard-working, and fun to be around. They set a great framework for our team moving forward, leading by example, and showing the underclassmen the right way to represent Ocean City field hockey.

"On the field, the senior class accounted for 48 goals and 37 assists. Off the field, all eight seniors made honor roll or higher as a result of their academic performances in marking period one. The seniors are exemplary student-athletes, and I can’t thank them enough for their four years of dedication to our program.’’

“We had three sophomores that really improved throughout the season: Ella Brogan, Brooke Hanley, and Andi Helphenstine,’’ Burke said. “Andi started as a defender for us for the entire season and dominated opponents, ultimately earning all Cape-Atlantic League honors. Andi played beyond her years, with a confidence and poise most upperclassmen don’t possess. We are thrilled to have her back next season.

“Additionally, Brooke and Ella improved from August to November, each contributing three goals in consistent performances off the bench. They really stepped up their play as the season progressed, and I would say the game at Middle Township was a turning point for them. They are fast and aggressive and have a lot to look forward to in their upcoming junior seasons.’’

The Red Raiders completed this year with an overall record of 12-2 and were undefeated.

“For our sectional playoff run, we were without four starters due to COVID close contact quarantines,’’ Burke said. “While this was obviously a tremendous loss for our team, we did have younger players step up and contribute.

"For our sectional final game versus EHT (Egg Harbor Township), we were actually without a fifth starter due to injury. Our lineup versus EHT was nearly half new faces, but the girls worked extremely hard and showed a refuse-to-lose attitude, resulting in our Southeast Group A championship.

“We have 12 returning varsity players, as well as a pool of talented players that played freshman and JV this past season who are eager and ready to contribute for the fall of 2021.

"Of our 12 returning varsity players, each of them earned valuable playing time as the season progressed and should feel confident in their abilities. The girls know what they need to work on this offseason and should be ready to come out firing in 2021,’’ she continued.