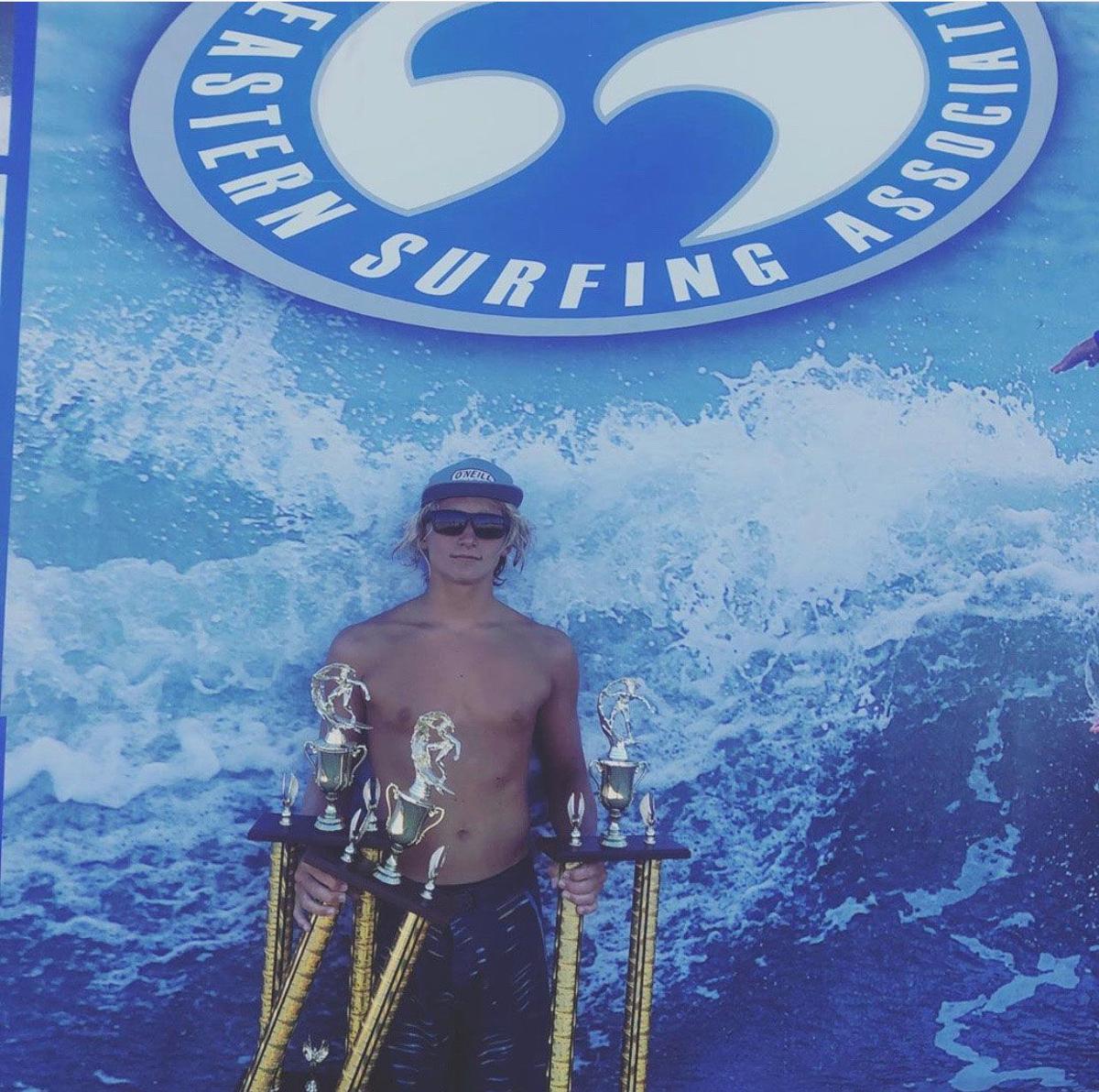 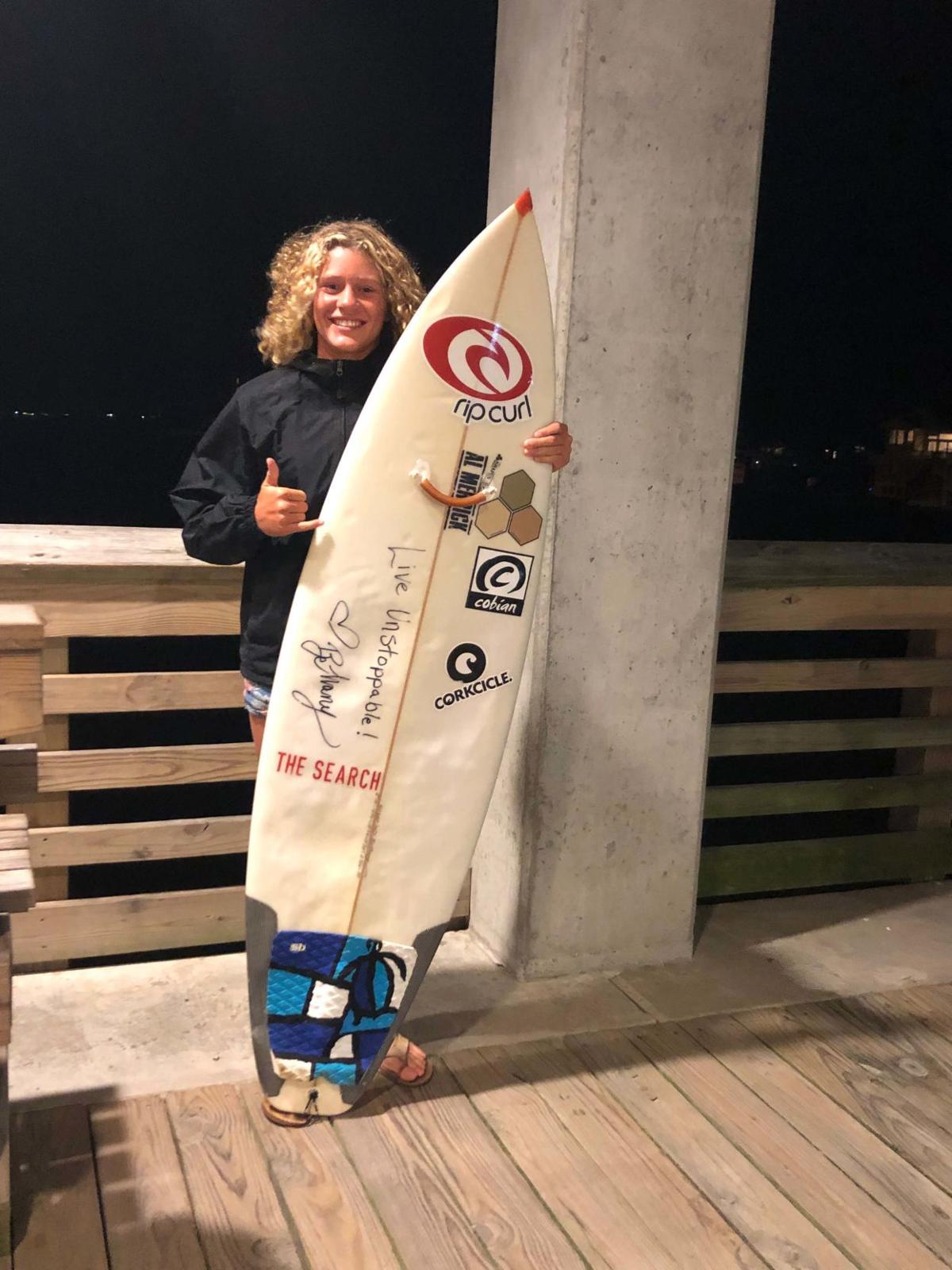 Mia Gallagher With Bethany Hamilton Board 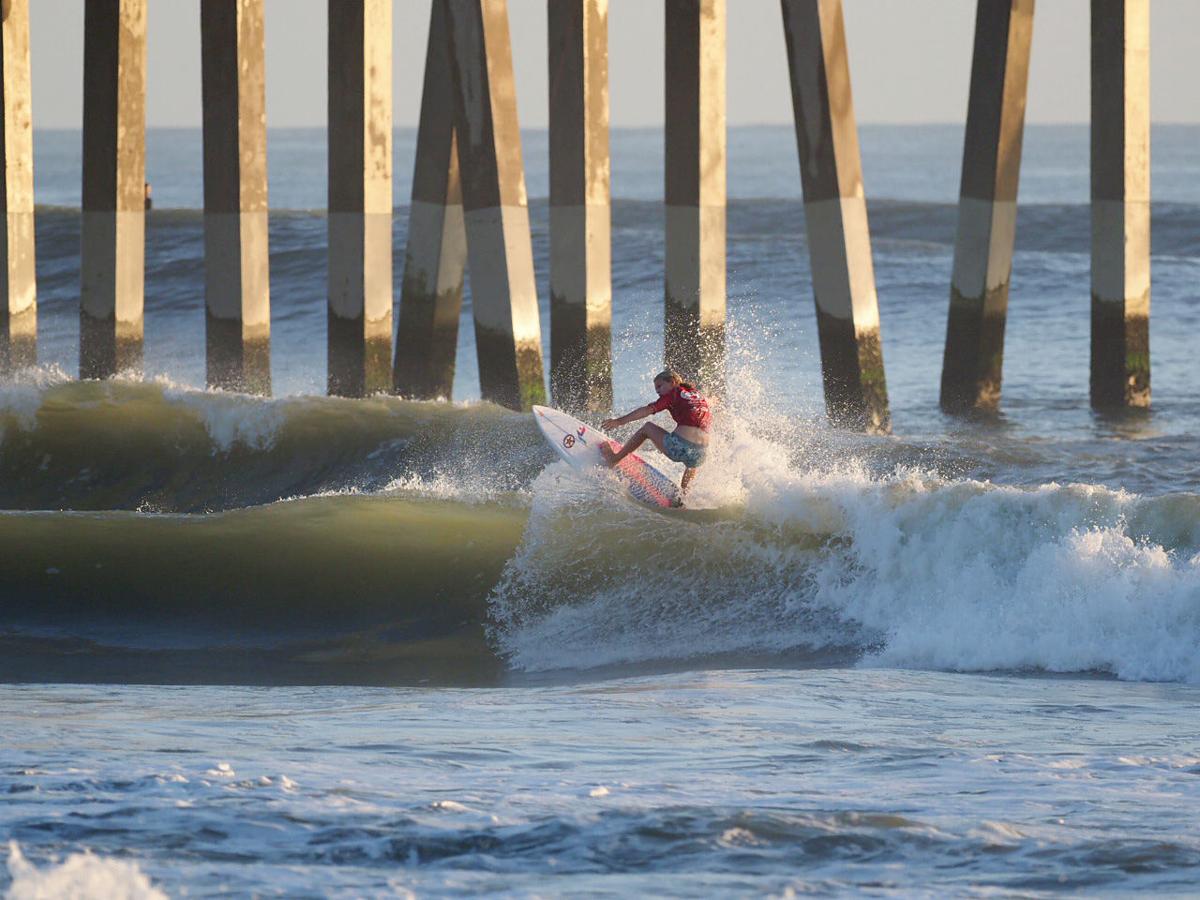 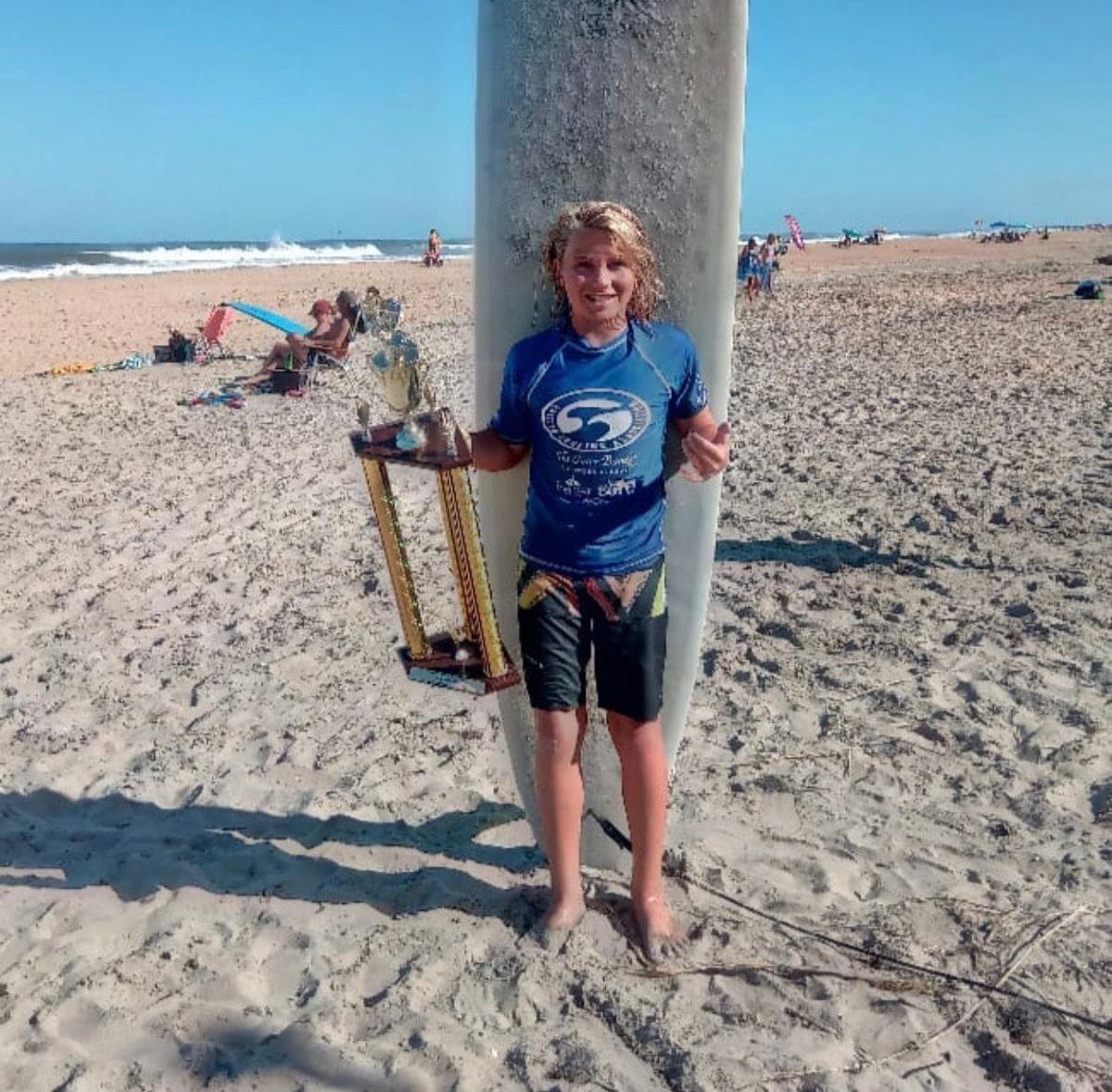 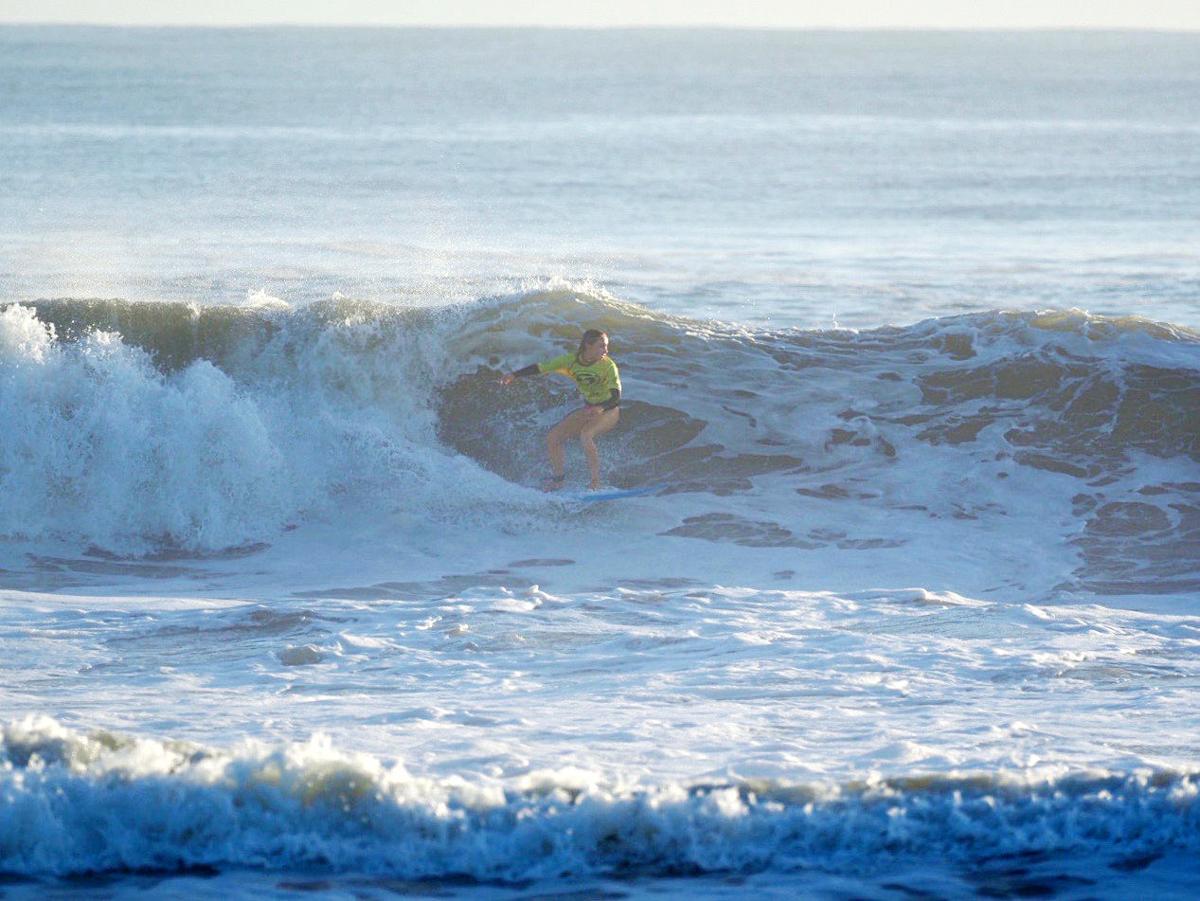 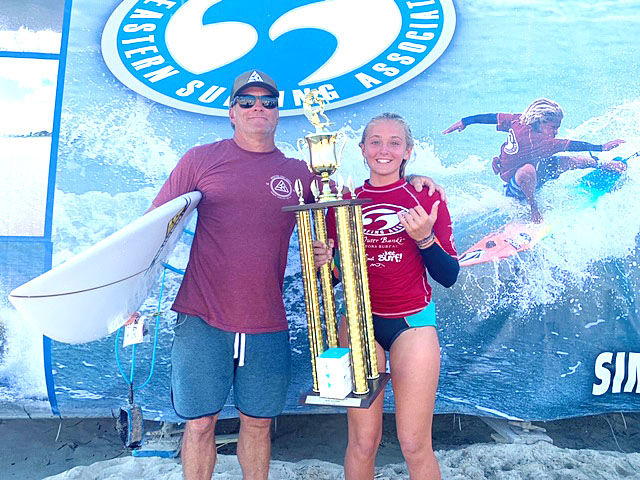 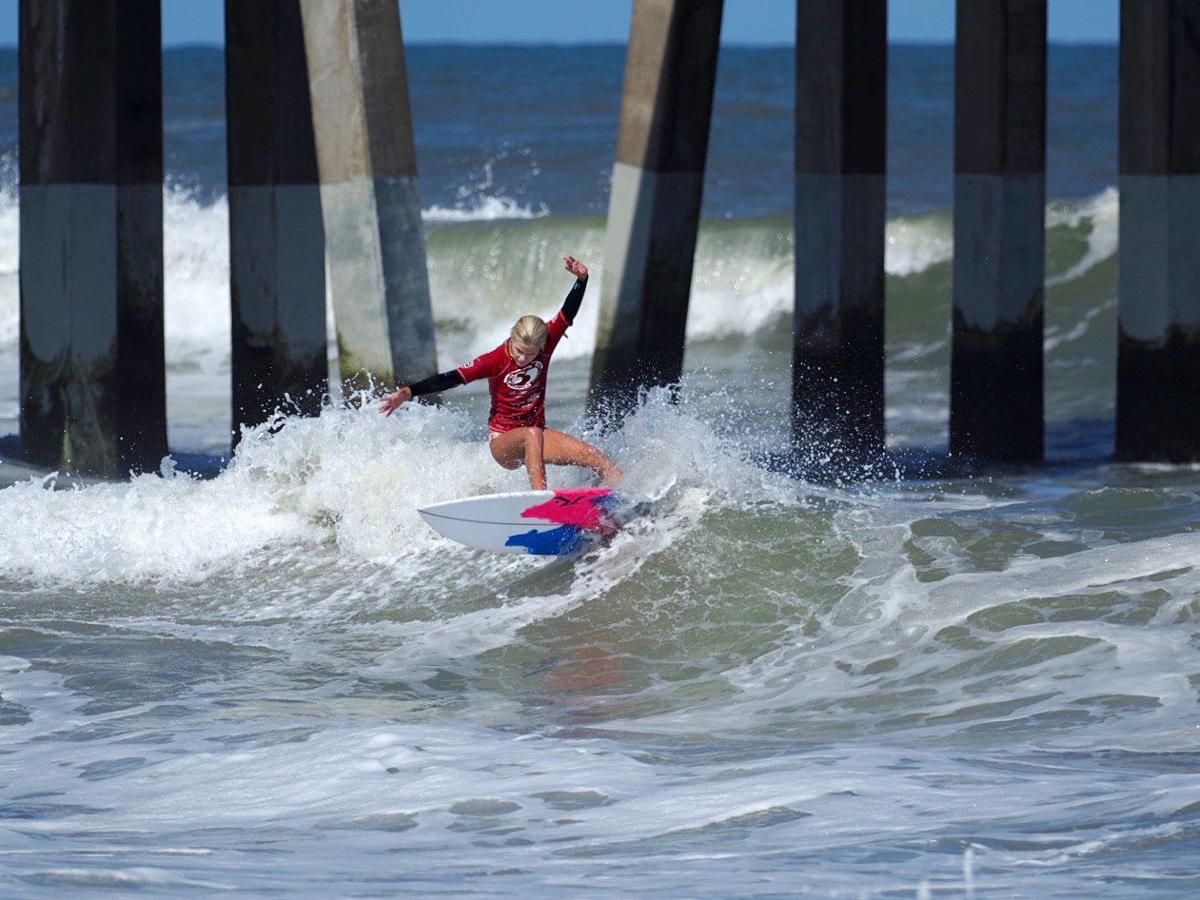 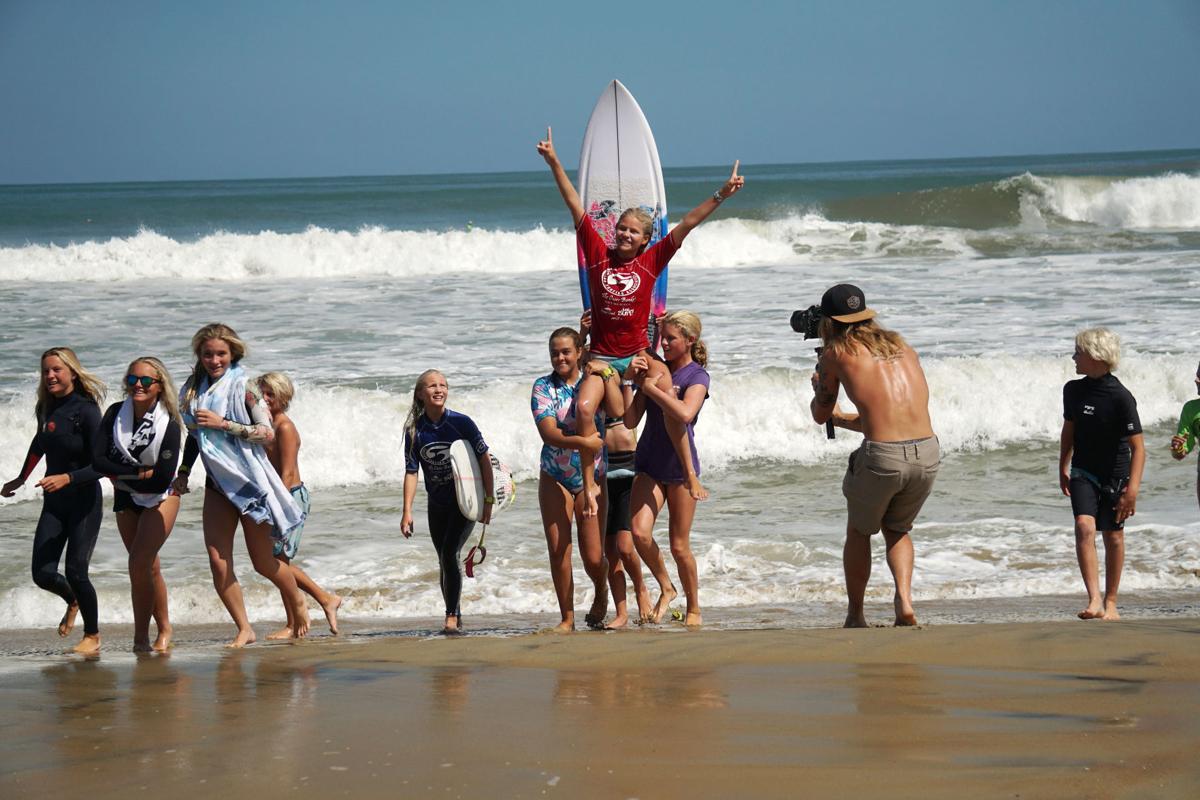 Mia Gallagher With Bethany Hamilton Board

Gallagher also placed fifth in Girls U14 and third Girls U16, taking the event's "Ironwoman" award as a result. With time running out in the Girls U12 Final heat, Gallagher dropped into a double-overhead wave to score a near-perfect 9.5 and capture the “Hot Wave” title for the entire competition.

The surf for the youth events at the contest was a solid four to six feet with bigger sets.

"The waves in the Outer Banks don't break like the waves here in New Jersey," said Lisa Roselli, co-director of the ESA's Southern New Jersey District. "The surf has way more power there. It can be really intimidating just paddling out next to the cement pier in conditions like that, but our young surfers really stepped up and I was super-impressed over and over again by all of them!"

In the adult events, held prior to the Humberto swell, Brigantine's Rachel Nessuno won both Womens (18-34) and Womens Longboard (18-34), with Sea Isle local Kara Borzillo finishing second and third, respectively, in the same events.

Presented by the Outer Banks Visitors Bureau and Surfer Dudes, the Easterns attracts nearly 300 of the best amateur surfers from the East Coast, including the Great Lakes and Gulf Coast of Florida.

Competitors were invited to this event based on Eastern Surfing Association rankings from its three Regional Championships held in the spring.

The ESA event also included a screening of Bethany Hamilton’s new documentary, “Unstoppable,” with Hamilton donating one of her personal comeback competition boards for a giveaway.

Ocean City's Mia Gallagher, 13, also an ESA All-Star and competitor in the event, was more than stoked to win the board.