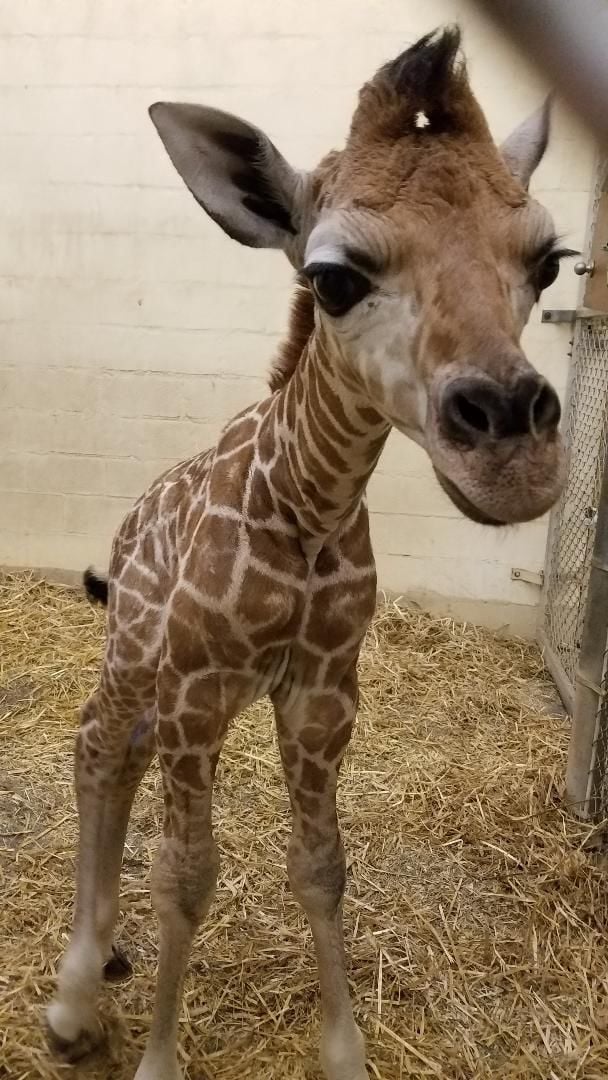 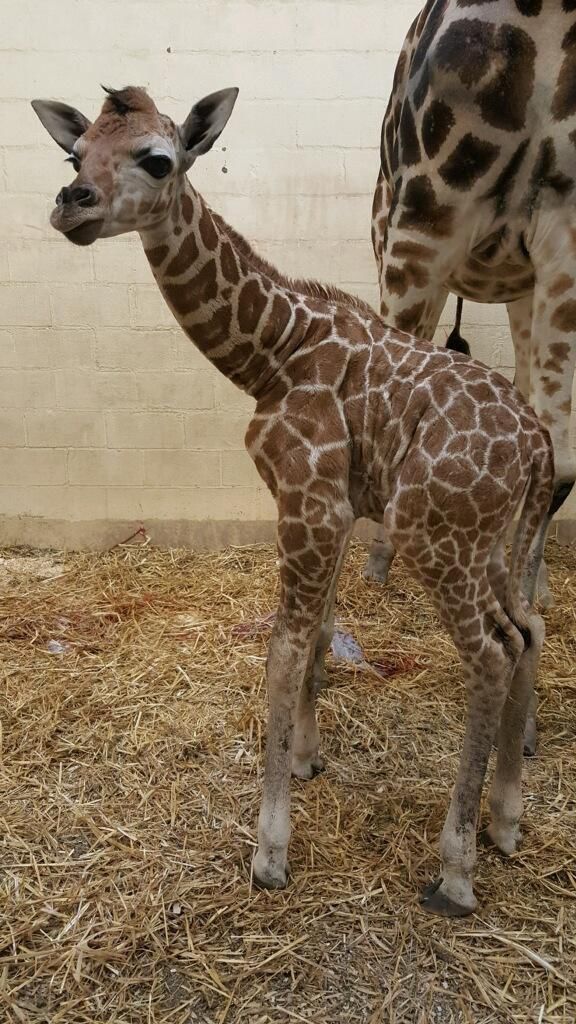 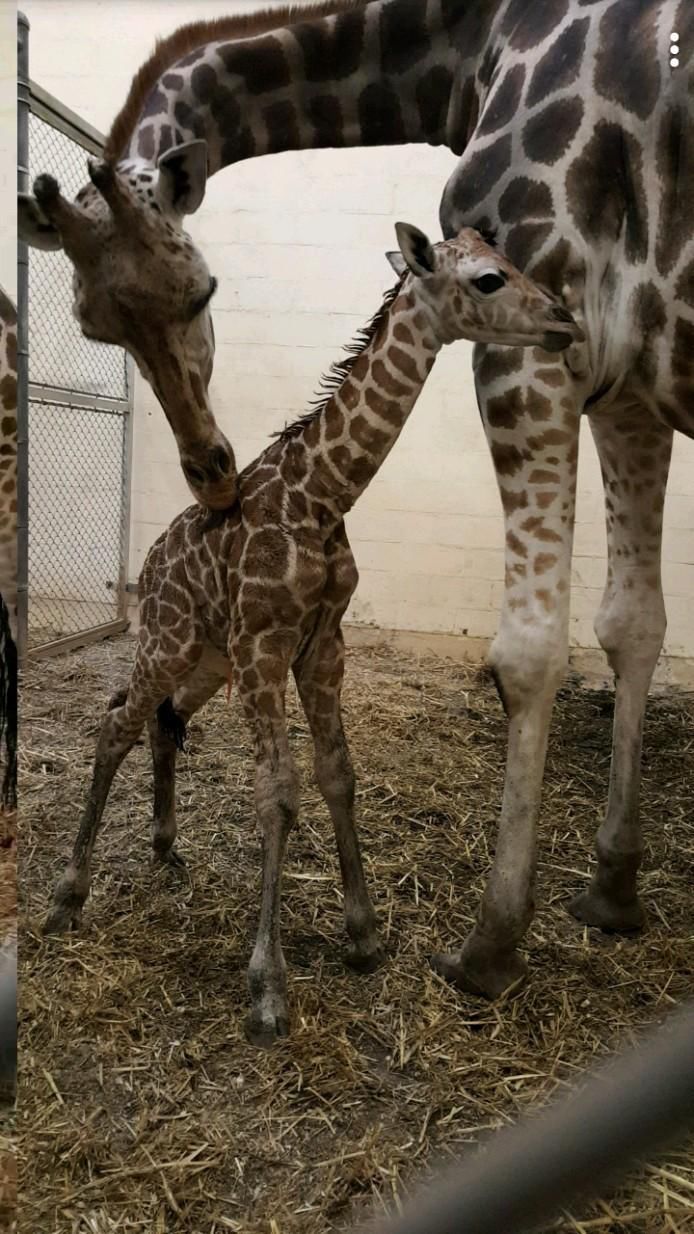 "He is doing well and we are thrilled to announce his arrival," stated Freeholder E. Marie Hayes, liaison to the park and zoo, in a release. "He is the third calf born to our female ‘Joanie’ and is the fifth reticulated giraffe in our herd. He is joined by his mother and father, ‘Sterling’, his big sister, ‘Zee,’ and his aunt, ‘June.’

"The calf was almost 6-feet tall when he was born and was an estimated 150 pounds. He has been well cared for by his mother and under the watchful eyes of the zoo's veterinarians.

"Unfortunately, because of the winter weather temperatures, he won’t be visible to our guests anytime soon, but come springtime, this rambunctious little guy will be running around our African Savanna."

According to Zoo Director, Dr. Hubert Paluch, "One calf is born after 15 months of pregnancy. Calves are born at an average of 6-feet tall, and can stand within five minutes, and 20 minutes later, a calf can run close to the same speed of its mother.

"Giraffes do everything standing up, including giving birth. When the calves are birthed, they fall an average of 5 feet; this breaks the umbilical cord and jolts the calf into breathing on its own."

The name ‘giraffe’ has its earliest known origins in the Arabic word Zarafa. The name is translated as ‘fast walker.’

Giraffes are found in isolated pockets throughout Africa, mostly in arid and dry-Savanna zones or sub Saharan Africa regions. The wild lifespan is approximately 20 years; in captivity the lifespan of the giraffe is up to 28 years.

Poaching, habitat loss, and degradation are the biggest threats giraffes face. National Parks such as Waza, Boma, Zakouma and Kruger National Parks are just a few parks that concentrate on protecting and maintaining wild populations of giraffes in Africa.

There are also different animal-based facilities around the globe such as AZA Accredited zoos that maintain a captive breeding population to ensure a healthy gene pool in the event of wild extinction.