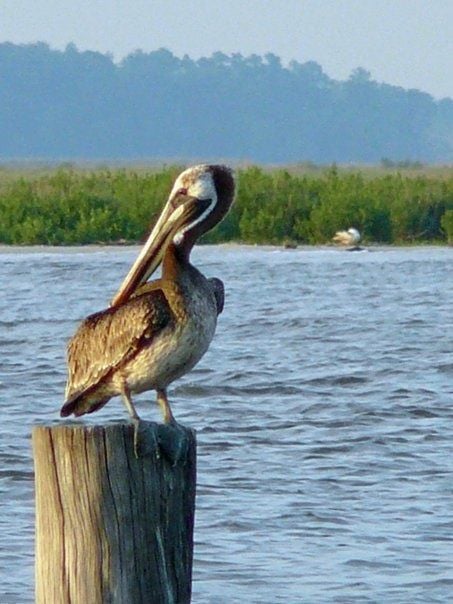 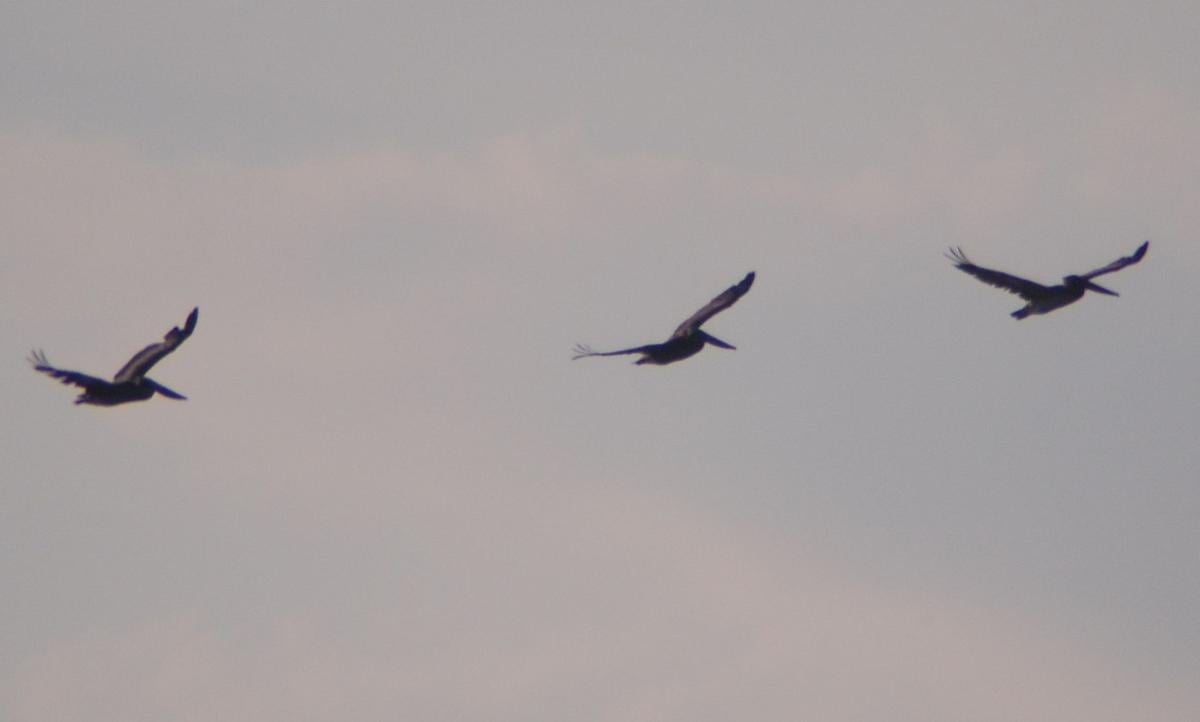 CAPE MAY POINT — It’s a large bird that fishes with all the grace of Kamikaze pilot, simply plunging into the water headfirst at high speed.

While pelicans are associated more with Florida, Louisiana and other Southern states, a number of the birds have been spotted in Cape May County including a rare White Pelican flying over the Coast Guard base in Cape May last week.

Vince Elia, a research assistant with New Jersey Audubon, Cape May Bird Observatory, said pelicans started appearing in this state around 1990 and have been seen on a regular basis since that time.

“They did at one point show some interest in possibly nesting in Hereford Inlet but no nesting has ever taken place,” he said.

According to the Center for Biodiversity, “several pairs unsuccessfully attempted to nest in 1992 and 1994.”

Pelican sightings in New Jersey were recorded only 11 times prior to 1980 but since then have appeared annually “in pretty decent numbers, said Elia.

Pelicans congregate in higher numbers in Barnegat Bay on a dredge spoil island.

Any inlet with an island that is detached from the mainland could attract pelicans, said Elia.

He said he sees them fishing along Delaware Bay. A number of pelicans have been seen from Cape May’s beaches this summer.

Elia said he has seen pelicans here in late December and early January off the coast. He said he believed they stay in New Jersey as long as baitfish are available.

In the mid 1990s, a higher number of pelicans were sighted here. This state is on the edge of the northern range of pelicans, he said.