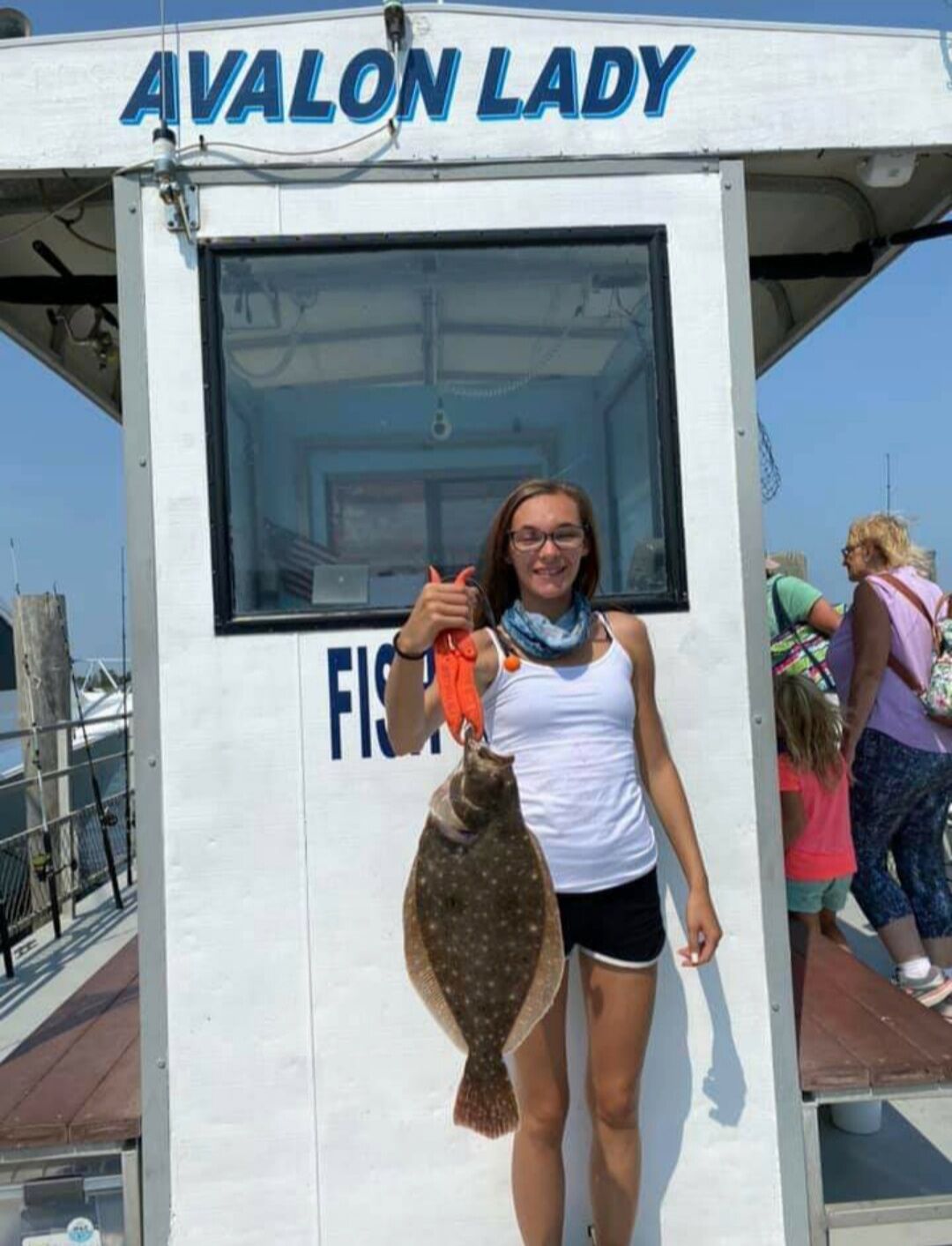 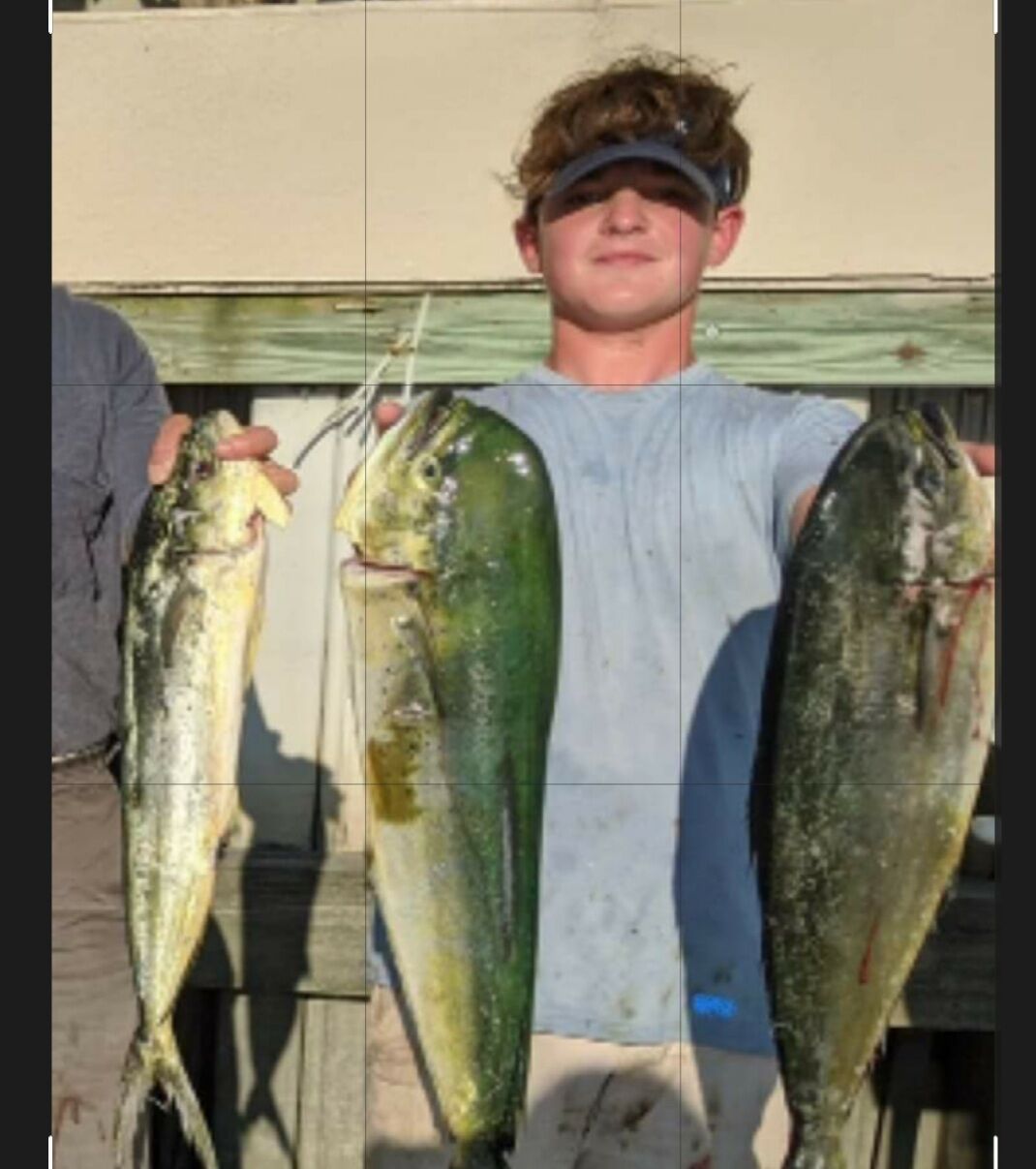 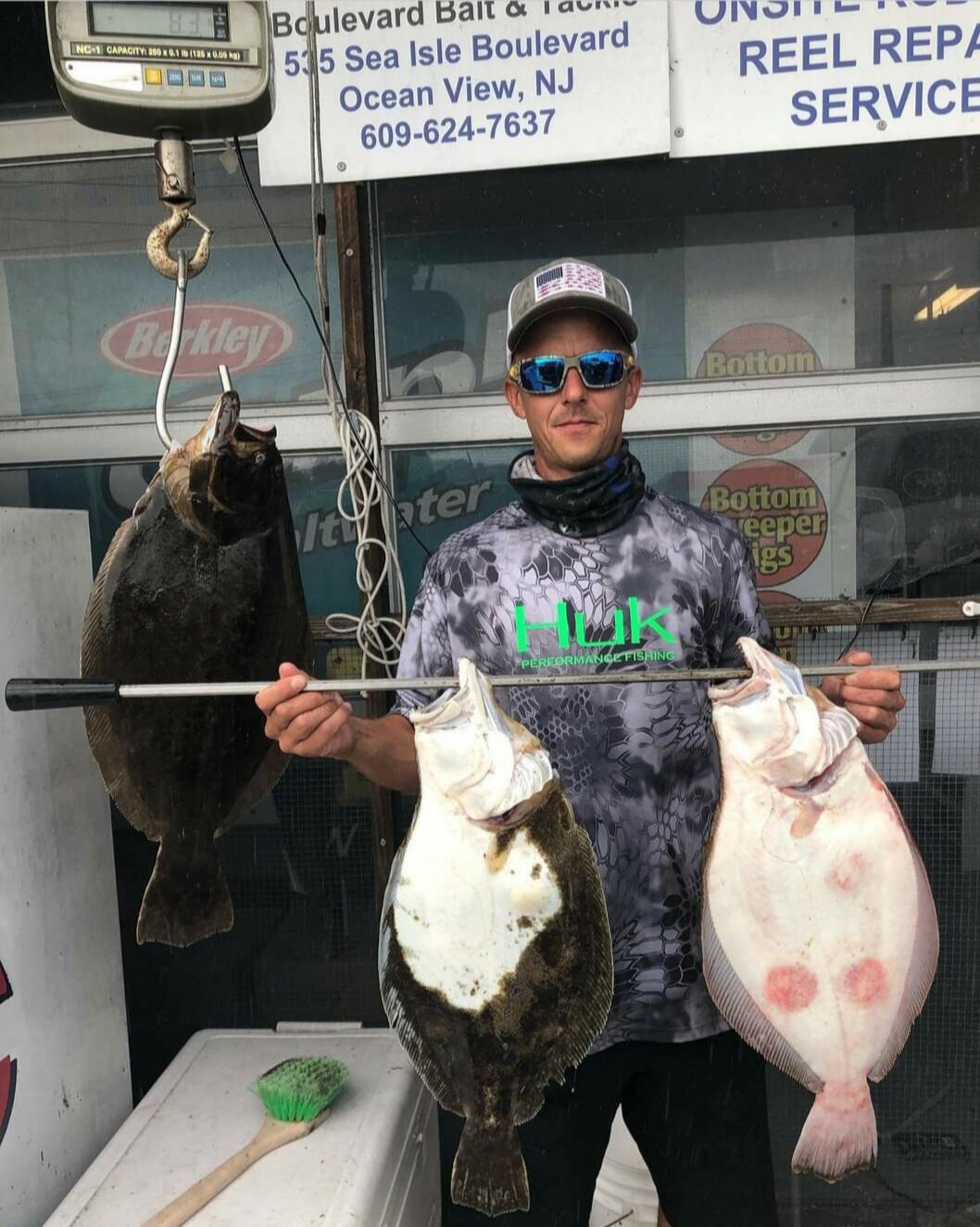 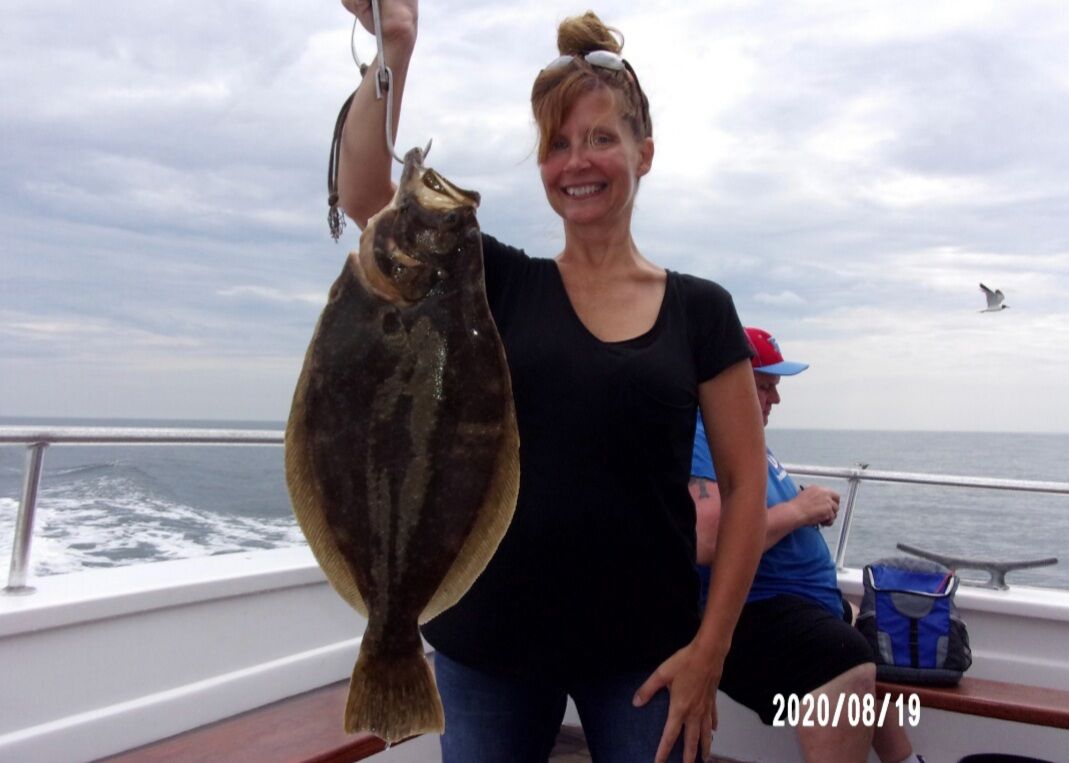 Heather Lynch and her 4.2-pound fluke.

When preparing this week's column, I was mildly surprised to realize it would be published in September. Time seems to be flying by now, and I’m not sure if that’s good or bad.

Fishing was great again. At least we can enjoy that and use it as a diversion to get through these strange times. Let’s review what happened on the water recently.

The Sea Star III had a prosperous week of fishing the local reefs. Their patrons caught “some really nice fluke," including a couple of 5-pounders, along with some sea bass and triggerfish. Also included were some fluke and sea bass limits.

The Miss Chris also fished “primarily” at the local reefs. They, too, experienced productive fluke action, had their share of sea bass, and added a few bluefish to their mixed bag. Highlights went to Dan Lewis, who claimed a pool with a 21-inch flounder, Greg Daloisio, who caught a 15-inch sea bass, and a young angler named Danny Lopiccolo, who caught his two-fish sea bass limit.

Congratulations to the Miss Chris' mate, Christian Maldonado, and his wife, Alana, who welcomed their first child, Noah, Aug. 23.

The Porgy IV is focusing on bringing fluke over the rails. They have had a steady supply of 21-to 23-inch fish, with most of them winning pools. On some days, that was enough to win the pool, and some days it wasn’t.

Larger fish that won pools went to Jorge Czechura and his 4.5-pound fluke and to Rob Rizzo, who landed a 5.75-pound specimen. Other pool winners were Matt Lamelza, Joe Rogers, who also limited out, Casey Salem and Steve Zuest.

The Cape Queen is running family trips for sharks in the Delaware Bay. The Ed Curry family was out recently and brought five to the boatside for releasing. Call them to set up a trip for sharks or other species, and go enjoy an outing on the water.

Cape May Bait and Tackle reported that flounder fishing continues to be great at the local reefs. As proof, they offer their friend Vinny S., who landed a limit he caught on the Sea Star III.

If you have a chance to get out and fish the reef structure, now is the time to do it. The fishing is great, but unfortunately, the season will be ending soon, so get out there.

Grassy Sounds Marina marked their week with some nice highlights. The pier was a tremendous spot to be if you wanted to get in on the action. Leading the way was the 33.5-inch, 14.5-pound striped bass caught by Harry. It hit a white Gulp and spot fillet combination at the top of the incoming tide.  Also, congratulations on your retirement, Harry, and use that extra time to fish more.

Behind Harry was the 32-inch striper caught by Carmen DiGeronimo, of Court House. It was his second striper caught in August from the pier. This one hit at the top of the tide (I’m noticing a pattern here), and bunker was the bait of choice.

Another nice catch to report was made by Tom Blake. He caught a 24-inch, 6-pound flounder. It fell for a white and pink Gulp during the slack tide.

Crabbing was also great recently, as 7-year-old Bradyn Gill and family proved. Their outing produced 75 crabs that led to good picking around the dinner table.

The Sailor’s Delight is still pulling some “quality” flounder from the back bays. They are also adding some nice-sized kingfish to their mixed bag of catches. The action is keeping their patrons busy and happy.

Cape May Lady had another excellent offshore trip. Tilefish were the main target, and they cooperated by providing some good action. A nice day-time swordfish was also included in the final tally. The patrons on the more traditional day-time trips are catching triggerfish, flounder, an occasional weakfish and bluefish.

Sterling Harbor Bait and Tackle reported “excellent” flounder fishing at the Wildwood and Cape May reefs and Reef Sites 10 and 11. “Numerous anglers” reported nice-sized fluke and many limits being caught.

The report says that if you’re looking for mahi-mahi, the Lobster Pot flags, in the 25-mile range, are producing “plenty” of them. The surf, from the Wildwood to the Cape May beaches, is furnishing some nice kingfish catches. Bloodworms or fish bites are usually good choices for baits. The crabbing scene is impressive, too, as many good-sized crabs are being caught.

The Miss Avalon was enjoying the calm seas and stellar fishing like everyone else. They have been sailing to the local reefs, where they have been catching some big triggerfish and keeper sea bass.

The anglers targeting flounder have been grabbing some nice fish, including some that are limiting out. Alex led the way, with a 5.5-pound pool winner amongst his limit, while anglers Eric and Mark also won daily pools.

The Avalon Lady is still pulling keeper fluke from the back waters. A friend of Austin, a mate on the boat, caught a 21-incher recently. Other keepers were also caught that day.

Younger anglers are catching, in addition to the flounder, some sea bass, sea robins, kingfish and sharks. They are having fun, staying busy, and getting that all-important fishing experience at the same time.

First Family Adventures had some “summer fun” recently, as they caught king mackerel, bluefish, Spanish mackerel and false albacore. The annual trip for Scott Cope and his son, Bryan, featured a day devoted to mahi-mahi. They loaded up on them and will have some nice fillets for the table.

Bayhound Charters continues to have productive trips. One group had a great day at the reefs while flounder fishing. Another angler, Steven G., got his share of flounder that included two fish that topped 4 pounds.

The Starfish is busy with their twice-daily trips. They are catching sea bass and triggerfish. They also ran an evening trip that saw many bluefish and some mackerel being caught.

Boulevard Bait and Tackle weighed some impressive flounder recently, as Joey G. came in with another limit. The highlight went to Beau Sleeter, who had a three-fish limit that weighed 17.9 pounds. The big fish of his trio was an 8.3-pounder and a flounder featuring a piebald design. Both anglers were fishing the “sticky structure” of the local reef systems.

Sea Isle Bait and Tackle weighed a quality fish for Joe O. He was using minnows while fishing the T.I. Reef. For his efforts, he reeled in a 7.8-pound flounder. He referenced the “great fishing” with his big one leading the way.

Avalon Hodge Podge reported that the Pequot's crew had another prosperous mahi fishing day. They also recorded an “unusual” catch by landing a pompano dolphin fish. They are surface dwellers usually found in subtropical and tropical waters, and have a life expectancy of three to four years. It seems this one reached that point.

As August concludes, the fine fishing continues. Do what you can to get out and enjoy it. Take care and I’ll see you around.