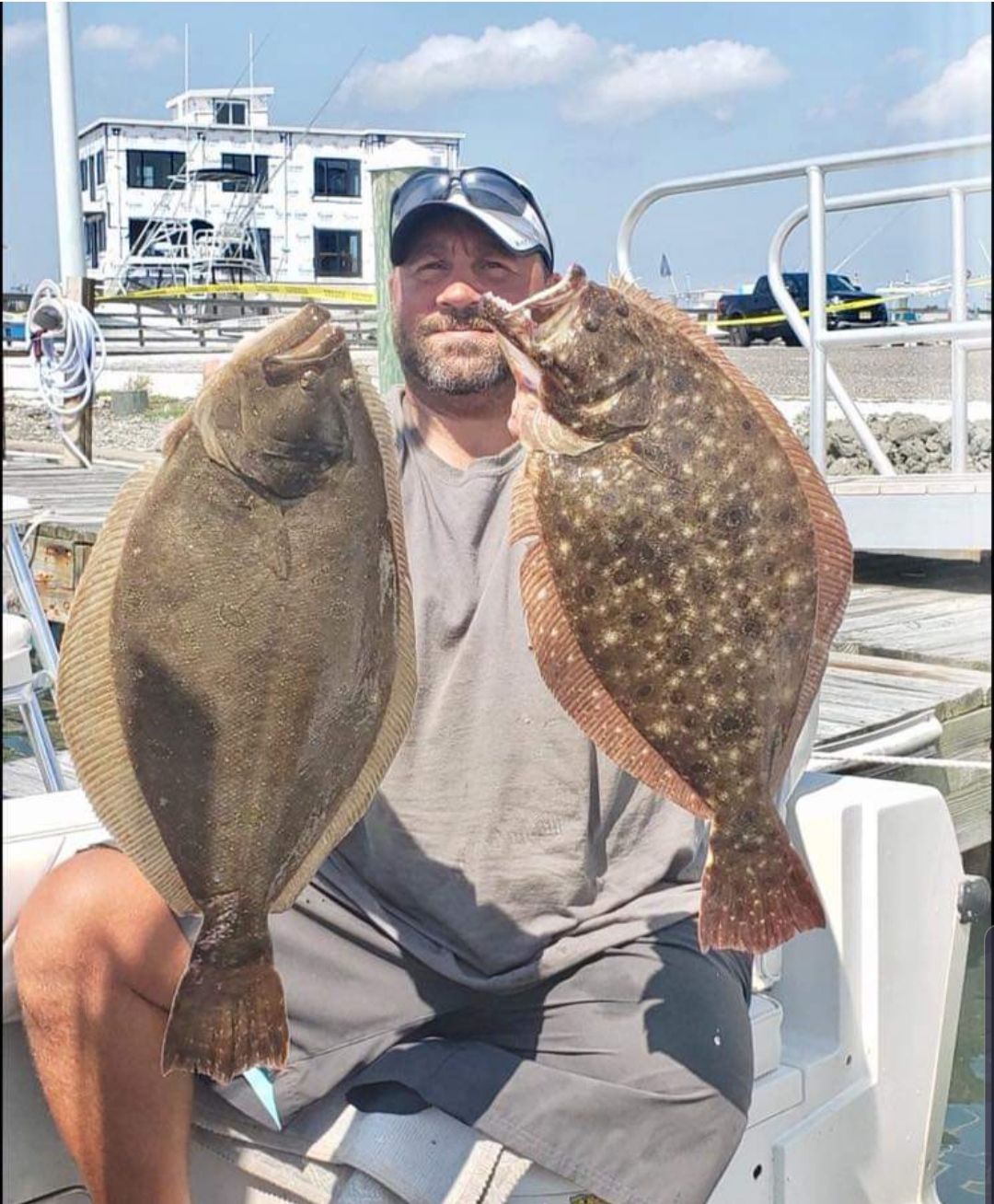 Two nice flounder for the Captain and Mate of the Sea Rose IV. 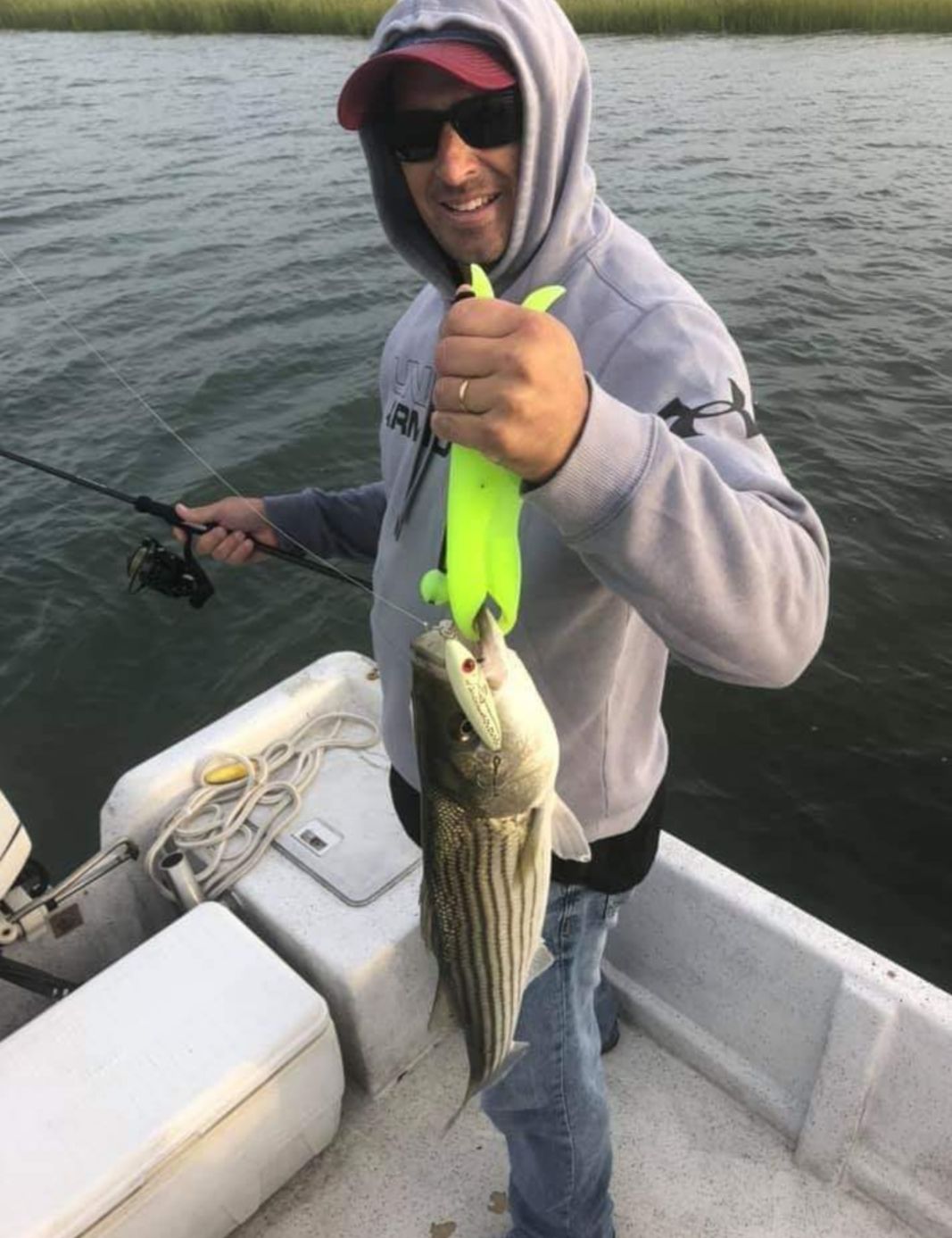 A nice back water striper. 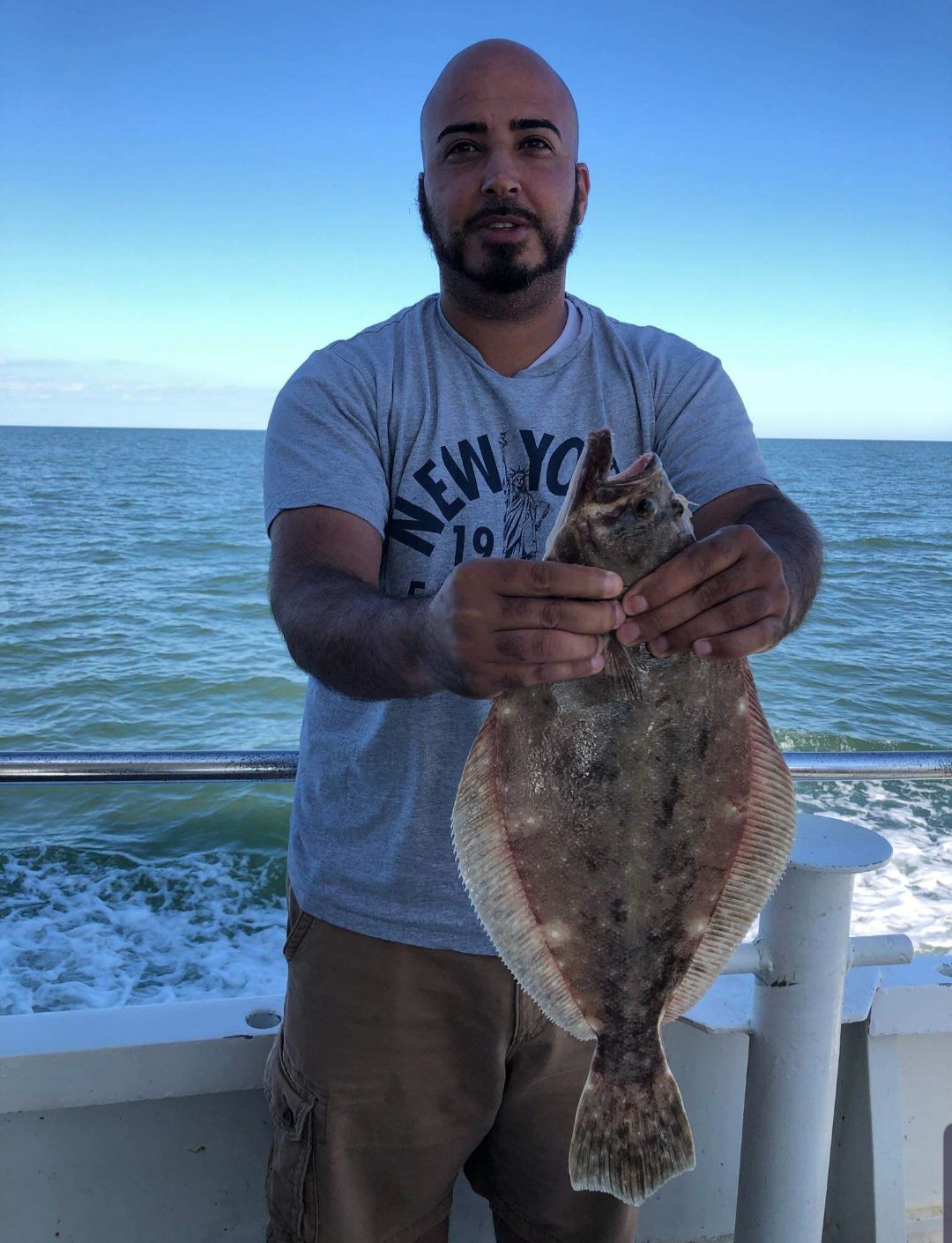 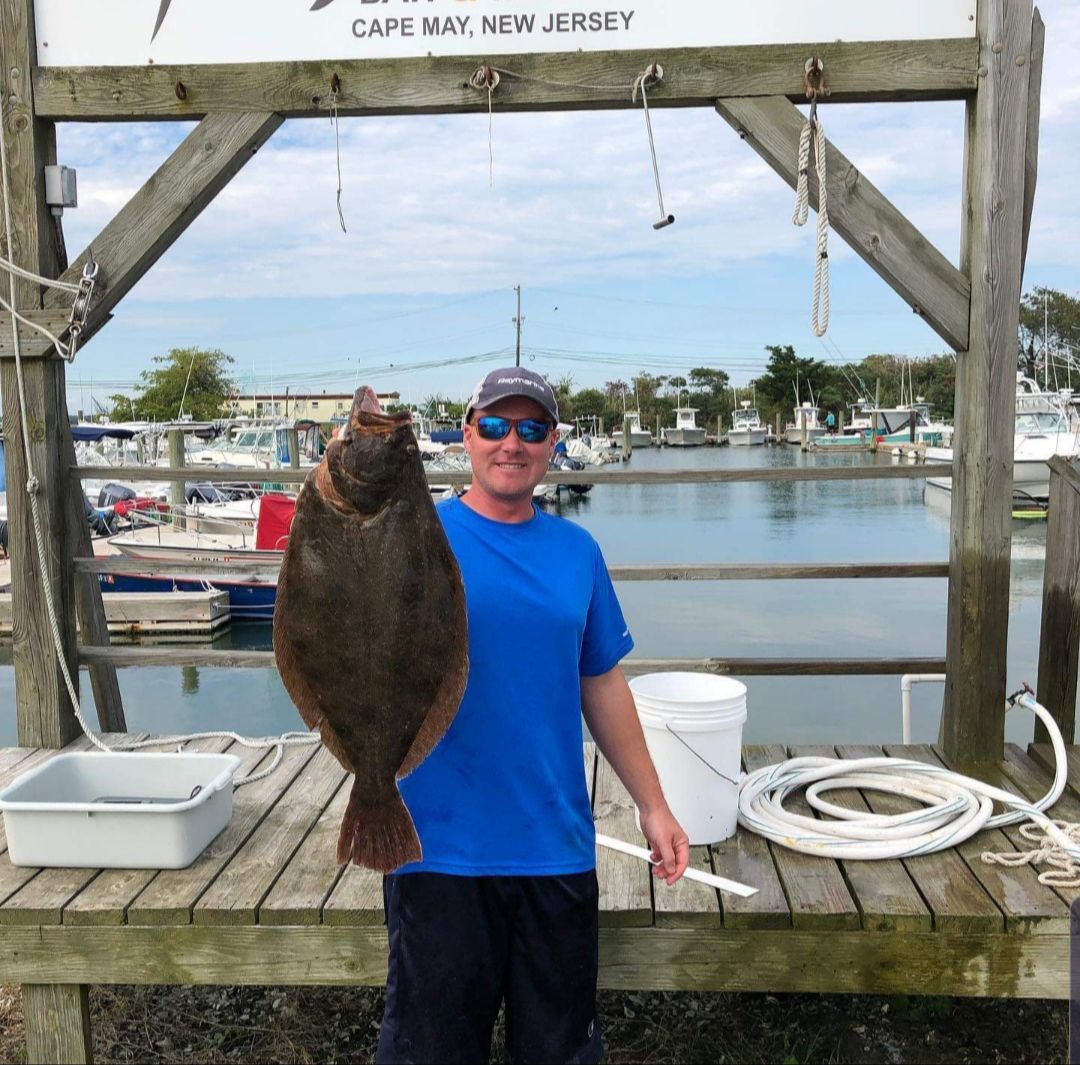 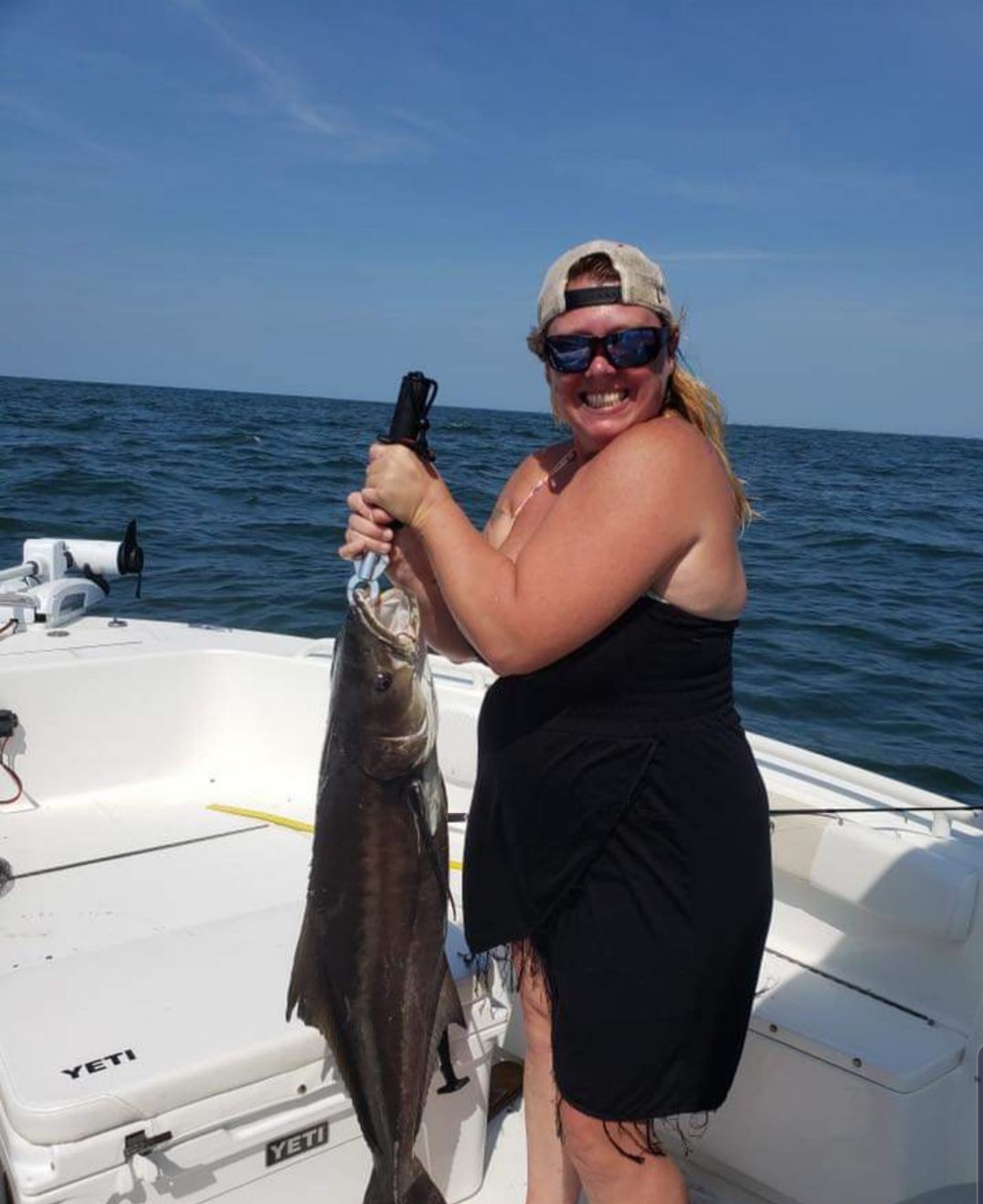 Missy Alcorn and her cobia.

Two nice flounder for the Captain and Mate of the Sea Rose IV.

A nice back water striper.

Missy Alcorn and her cobia.

Some of our recent mornings have felt fall-like, which caused visions of Stripers and Bluefish, along with Weakfish and Kingfish, to start coming into focus. Meanwhile, Flounder is still a legal target, but that will be ending soon - too soon. Let’s check out what has been going on.

Grassy Sound Marina had two catches to report before the remnants of Hurricane Dorian passed to our east. The "Sea Rose IV," with Capt. Charlie and First Mate Gene Shields were fishing at the local reefs and returned with 5.8 and 4.7-pound Fluke.

Don’t forget that the Heroes on the Water (HOW) Kayak Fishing Outing is Sept. 21 at 9 a.m. The free event honors our nation’s heroes, the active duty/veterans of the military, first responders and their families. If you would like to help, volunteers are welcome to attend.

The "Sailor’s Delight" got back to business after the weather cleared. They picked back up, as before, by catching keeper Flounder in addition to many throwbacks. Sea Bass were caught and released, and they noted that there were many Bluefish around.

After the Flounder season ends, they will stay busy by chumming and baiting for Bluefish. Hop on board so you can partake in the action.

Cathy at Sterling Harbor Bait and Tackle reported successful Flounder fishing “early in the week,” at Reef Site 11. One of the nicest catches was a 6.3-pound Flounder for angler James.

Capt. Skip has the Stalker backwater skiff out prowling around for Stripers. He reported “solid” fishing, with fish up to 30-inches. He is scheduling trips, so call him at 609-972-5218.

The "Sea Star III" and Capt. Chuck had great action that was “heating up a bit” before Dorian “stirred things up." Sunday showed “signs of improvement,” prompting Chuck to say that he hopes “things will get back to normal in a day or two."

The "Porgy IV" was out before the recent blow and had rewarding trips. The effects of the passing storm slowed the action, but before that Casey G. won a pool with a 22-inch Fluke that was part of his limit for the day.

On Monday, the "Porgy IV" returned to the fishing grounds and Rob Campbell grabbed the pool with a 23-inch, 5-pound Fluke. Limits were caught by Ken Minett and Dave Thompson. As the week continued Joe Landis and Bob Brett, who limited out, also laid claim to daily pools.

Other limits over the week went to Matt Lamelza, plus a pair of ladies, Joann Pettit and Young Jung, who showed the others how to limit out.

The "Miss Chris,” led by Capt. Mike, has been doing well on their four hour trips. They run two daily trips that have been producing Triggerfish, Fluke, and Kingfish. Before the storm, they had been fishing in the bay, but the ocean is an option again.

This will also allow them and all the other boats in the region to make the most of the remaining days of the Flounder season.

Full Ahead Sport Fishing, with Capt. Bob, was busy as one charter came up “just short” of the limit of 15. They caught 10 fish in the 21 to 24-inch range, plus a few others that added to their total.

Rewarding fishing continued the following day as Capt. Bob remained “dialed in.” The group fishing that day finished their trip with “14 quality Fluke.”

The "Cape May Lady" has been busy as their patrons have been catching plenty of Triggerfish and Weakfish, as well as other species. Bluefish and Kingfish are also out there and are fair game, so anything is possible.

Jim’s Bait and Tackle reported that Missy Alcorn was out fishing on Wednesday. She sent in a picture of her catch, a 41-inch Cobia - nice catch Missy.

Off The Hook Bait and Tackle reported that Evan Jones set his “personal best” for Flounder when he stopped in to have his recent catch weighed. The scaled read 10.9-pounds. Congratulations on a nice double-digit Fluke Evan.

Another nice catch they reported was the 4.09-pound Triggerfish caught by Nate Trainor. Nate caught four Triggers while fishing with his father.

Avalon Hodge Podge mentioned that Charlie, an angler from Avalon, caught a 5.33-pound 23.75-inch Flounder during a recent outing to the T.I. Reef. It hit a minnow and herring combo.

Another nice catch to highlight was made by angler Mike. He was trolling past the Sea Isle Ridge and landed a 35-inch, 14-pound Mahi-Mahi.

Good luck if you get out and let me know how you did.