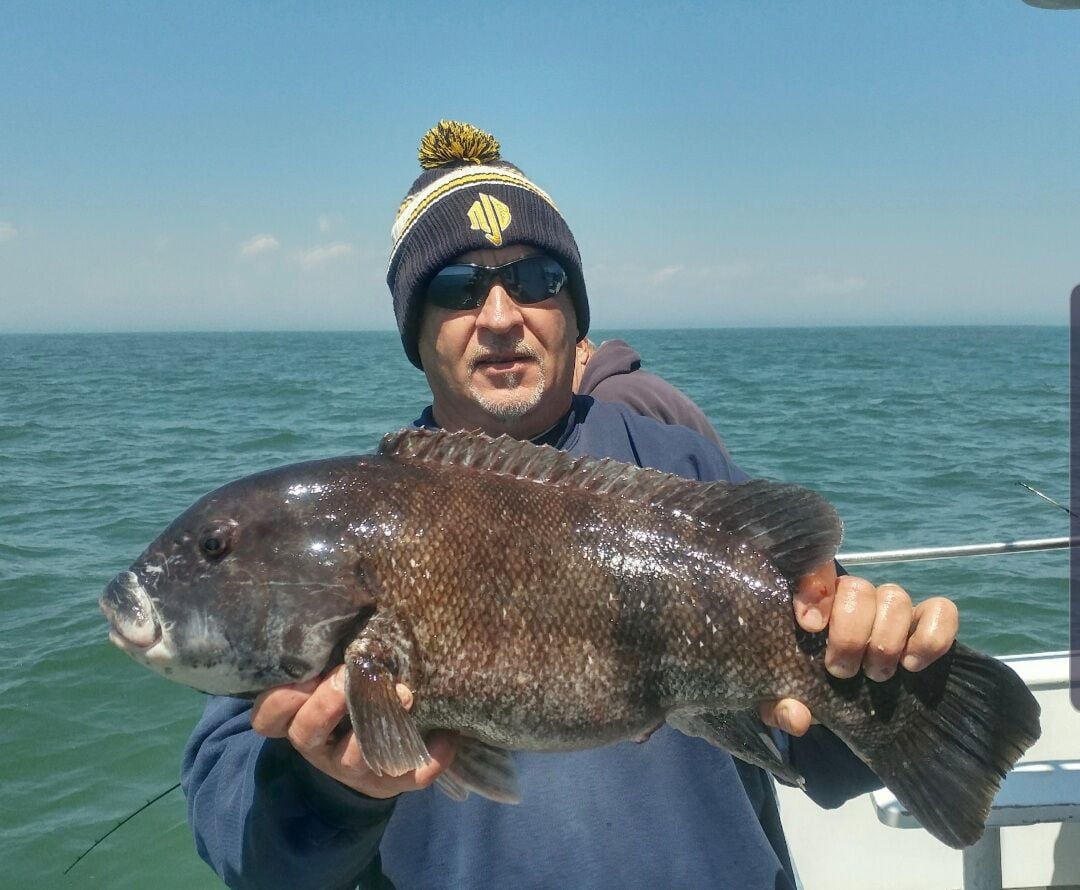 A nice blackfish from a previous spring season. 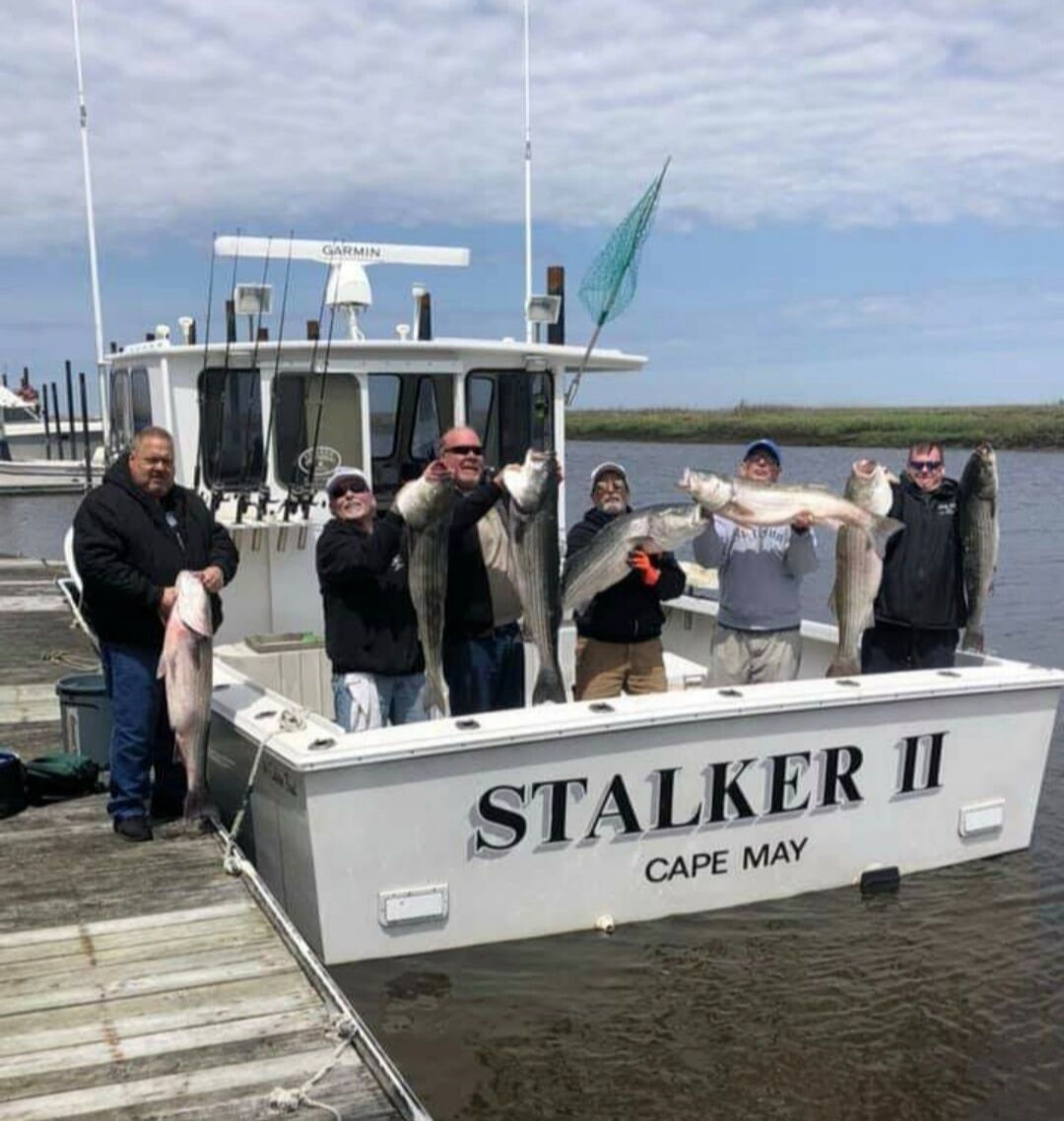 It will soon be spring striper season.

Unfortunately, it was another slow week on the fishing front.

The conditions we need, even to the smallest degree, aren’t around. It’s not all lost, though, if you’re using your time wisely to prepare for future fishing days. With those thoughts in mind, there's news from the fishing scene, with particular interests regarding developments on the summer flounder season, where, as of Feb. 19, New Jersey will have two options for it.

First, last year's bag and size limits - three fish, at 18 inches - will remain the same. The two choices are based on the season's start date and length.

The first option, which will be a repeat of last season, will start May 22 and run through Sept. 19, providing 121 fishing days. It also allows the season to start the week before Memorial Day.

A side benefit is that this date creates an extra fishing week in quiet conditions for the local anglers. The period after the initial weekend would provide quiet conditions in the backwaters. Early season in the back is usually the best time to fish those waters, and truth be told, many anglers would probably like it to be earlier than May 22.

At the other end of the spectrum, when the season ended, in September, the reefs were providing some of its best flounder fishing. It's not a subpar option, but there's another possibility.

A second option would start the season May 28, which is the start of the Memorial Day weekend. This option would create a 124-day season, ending Sept. 28, providing three additional days than the other choice. Other benefits from this option would be increased commerce for local tackle shops and boat captains - more people at the shore means more business.

That boost as the summer season is beginning is always important, but maybe more so now, after coming out of this winter. The financial bump and emotional lift would avail everyone.

Also, this allows for fishing on the Monday at the end of the long weekend before people head home, while the other option has Friday in it. Both produce three fishing days, so you could call that a wash, although the holiday Monday would probably be busier than the opening Friday.

Another benefit to this option is that locals can fish the rest of the week, when boat traffic should lighten substantially. That chance to fish the early part of the season in the back, on quiet water, is a bonus.

The final advantage of option two is nine extra days in September to fish the local reefs. Fall fishing at the reefs is usually tremendous, and an extra nine days there is a nice gift.

Flounder fishing was hard to walk away from Sept. 19, as many nice fish were still being caught, so I’m sure many, including myself, would welcome more time to visit the reefs.

Another positive aspect could also be realized.

Since the fall sea bass season's start hasn't been determined, the time between the end of flounder season and the beginning of sea bass season figures to be shorter if everything is how it was last year. That translates to less downtime for the boats that fish both seasons and the chance for the captains to stay busy.

Special regulations at Island Beach State Park, with two fish, at 16 inches, and in the Delaware Bay, with three fish, at 17 inches, will remain in effect.

March 4 is important, as the Marine Fisheries Council will consider whether to keep the 2021 season like 2020 or to go with the second option and increase the season to 124 days. The meeting is scheduled for 5 p.m. and is to be held virtually. Call 609-748-2020 for confirmation of the date and meeting time. If you want to send an email comment, you must do it quickly, as the deadline for those is Feb. 25. Email any comments to michael.auriemma@dep.nj.gov. Attendees of the meeting may provide comments.

Since we covered the upcoming summer flounder season, remember Jun 26, the date of the 15th Annual Summer Flounder Tournament at Grassy Sound Marina. More information will follow once it's available.

Check out Mark’s Fishing Line on Facebook for some hand-made baits made by Capt. Paul, a local angler from the Sailor’s Delight. He has his designs, including a “flatfish” and a “sea robin” that seem sure to attract the attention of many hungry, aggressive flounder. They come in various colors, including some of his proprietary offerings. Check it out for ordering and pricing information.

I don’t know about you, but talking about the upcoming flounder season sounds great right about now.