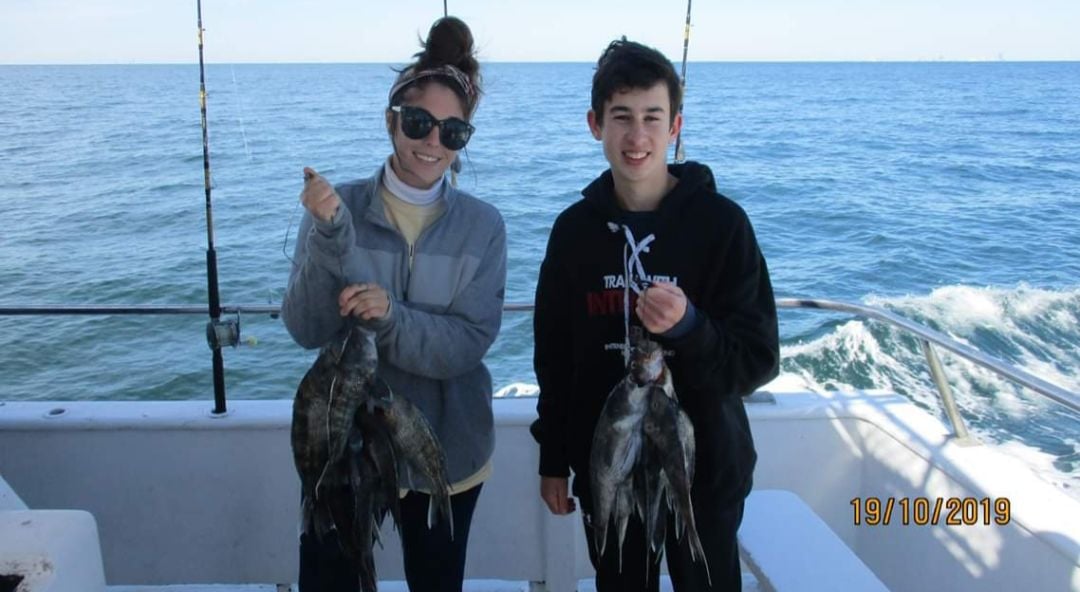 Two anglers and their haul of sea bass. 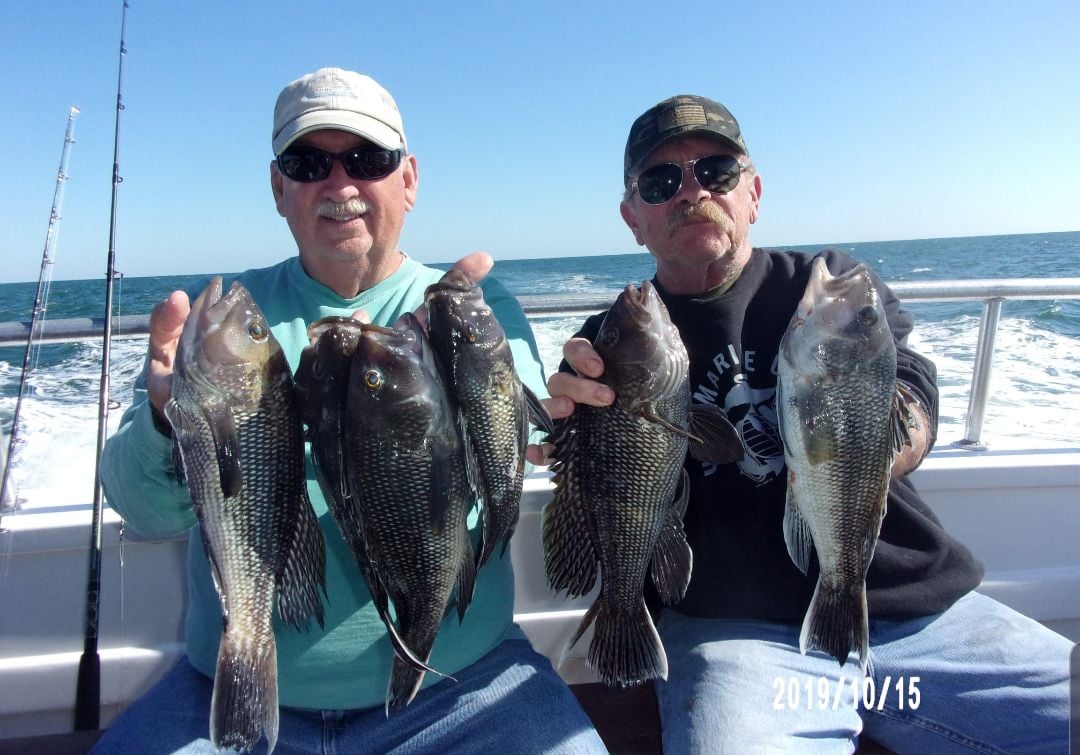 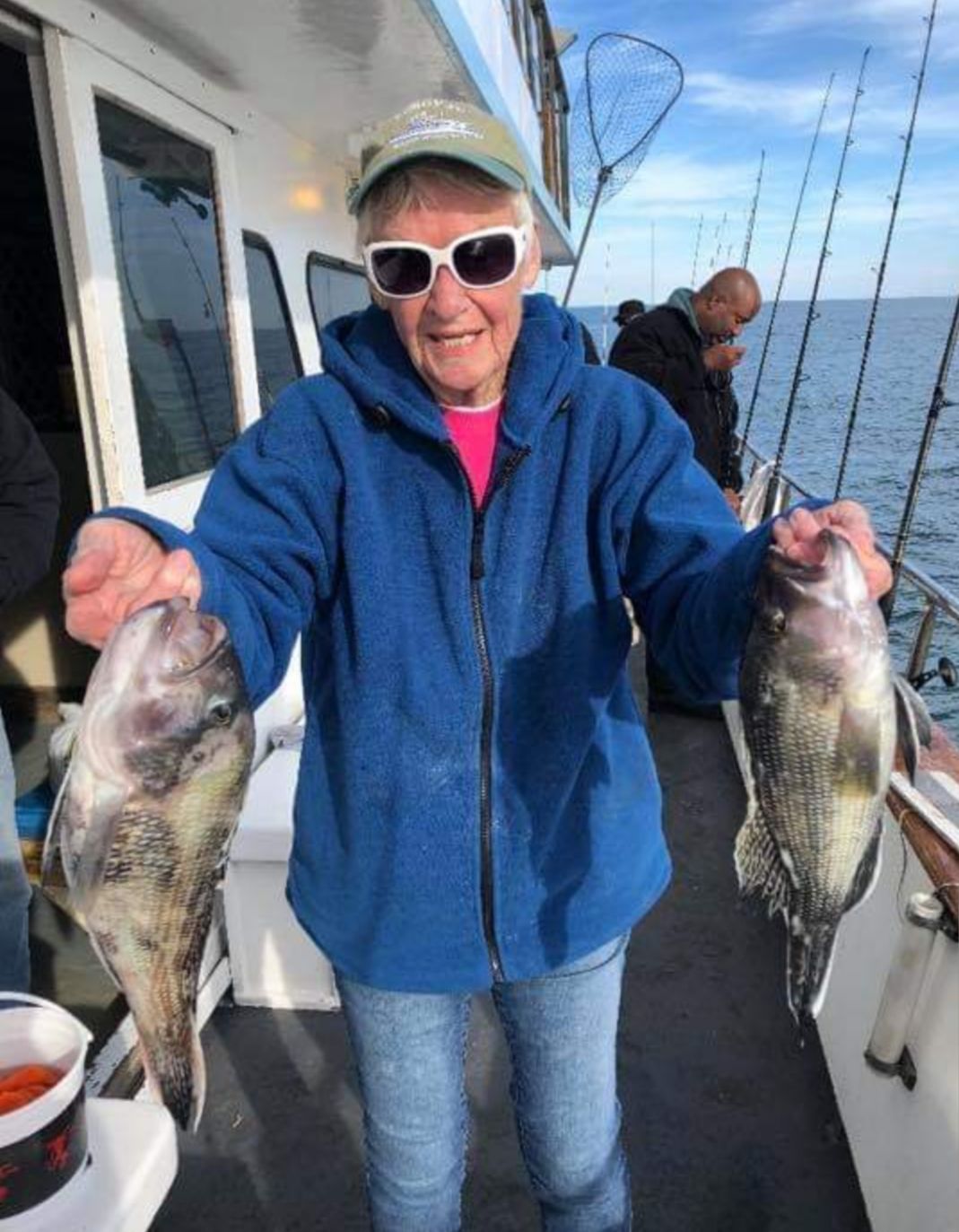 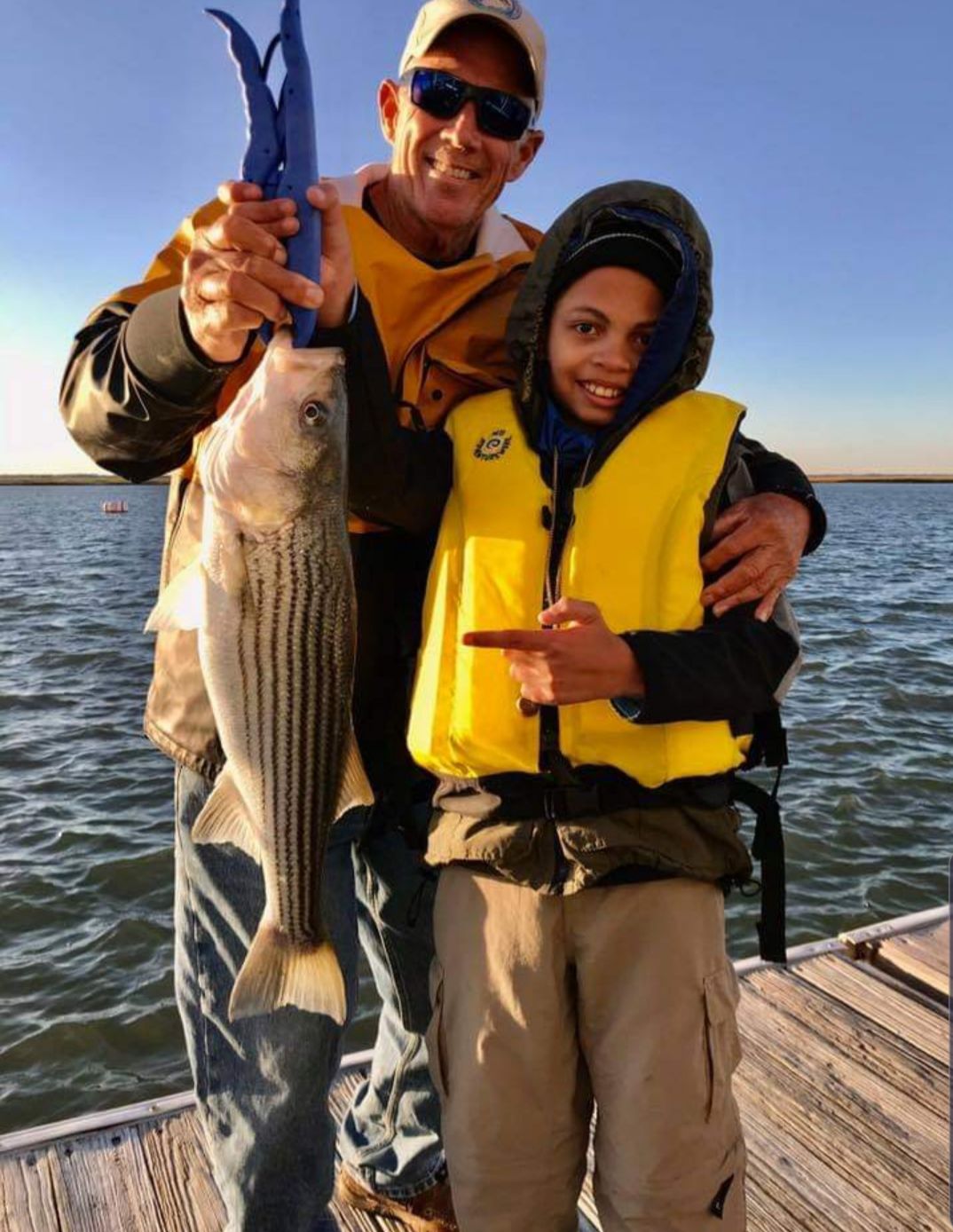 Capt. Zig (left) and Kyven with a nice striper.

Well, it was another week that was interrupted by Mother Nature. Wind, then added rain, bookended a nice Saturday and a favorable early Sunday.

Also, the early part of the week was decent, and captains took advantage of it. Let's take a look at what transpired, and who caught what.

The Porgy IV, led by Capt. Paul, returned to the job of sea bass fishing Oct. 19, as the wind lessened and the seas calmed. He reported that Joann Pettit went home with nine keepers.

The husband-wife team of Diane and Al Luecke combined for 11 keepers of their own. Even though there were “only a few limits," numerous anglers went home with eight or nine fish, while some departed the boat with only a handful. Those numbers weren’t terrible, considering how the wind howled late Wednesday and all day Thursday. Capt. Paul runs trips daily, but call ahead at (609) 884-1214 to confirm the trip.

Capt. Chuck, from the Sea Star III, reported “another good week of reef fishing.” Sea bass, both shorts plus a "good amount of keepers," triggerfish, and bluefish contributed to the nice daily hauls. A happy Chuck concluded by saying, “I can only hope that this keeps up."

The winners of the daily pools were, with weights, Tom Wagner, with a sea bass (2.25), Tim Sheehan with a triggerfish, and Ed Slavinskas, with a larger triggerfish (4.70).

Full Ahead Sport Fishing had successful trips recently, as one trip “took only 2.5 hours to get their limit” of sea bass. They added a “few porgies” to the cooler, too.

A trip on Tuesday resulted in another cooler full of sea bass, some triggerfish, porgies, and bluefish. It also resulted in some nice-sized throwback flounder.

Capt. Tom, from the Fishin’ Fever, had a quality day recently, as he took his charter out to do some daytime swordfishing. They found them, and were happy, as they tallied two fish that weighed in at 200 and 300 pounds. Nice job on a productive day.

Capt. Irv and Brandon had the Miss Avalon out over the last two weekends. The time in between was limited, due to strong winds. Their patrons were rewarded with plenty of sea bass and triggerfish.

The Bayhound, led by Capt. Al, had “another fine day of fishing,” as reported by angler Rob Lukens. That trip included a nice “mixed bag” of porgies, triggerfish, bluefish, mackerel, sea robins and striped bass, all while they limited out on sea bass. They completed their day with sightings of whales, dolphins, and a large sea turtle. Call Capt. Al at (609) 602-2662 to book your trip.

The Starfish was out over the weekend. They returned with a solid haul of sea bass and porgies. If you want more information on when they sail, call (609) 263-3800.

The Cape May Lady is getting out, as the weather dictates, and has been doing well with catching sea bass. Watch the weather and give them a call at (609) 780-7900 to confirm their schedule.

Recently, First Fish Adventures of Sea Isle had the pleasure of hosting the Catch-A-Dream Foundation, as they brought 11-year-old twins Kyven and Kendree, plus Lindsey and Maddi from Missouri, to fish in Sea Isle City. Catch-A-Dream allows children who have threatening illnesses to experience their dream of fishing or hunting. During the trip, the children caught stripers, flounder, sea bass, kingfish, skates and sharks, which allowed them to see the diversity of sea life in our area.

Capt. Zig and his wife, Donna, would like to thank the local families and businesses who contributed to making this an exciting and memorable opportunity for Kyven and his family. In addition to fishing the local Cape May County waters, the family was also able to enjoy a Halloween parade. All parties involved “are forever grateful for your kindness and generosity."

If you have the smallest opportunity to fish, and if the weather permits, take advantage of it.

Take care, let me know how you did, and maybe I’ll see you out and about.