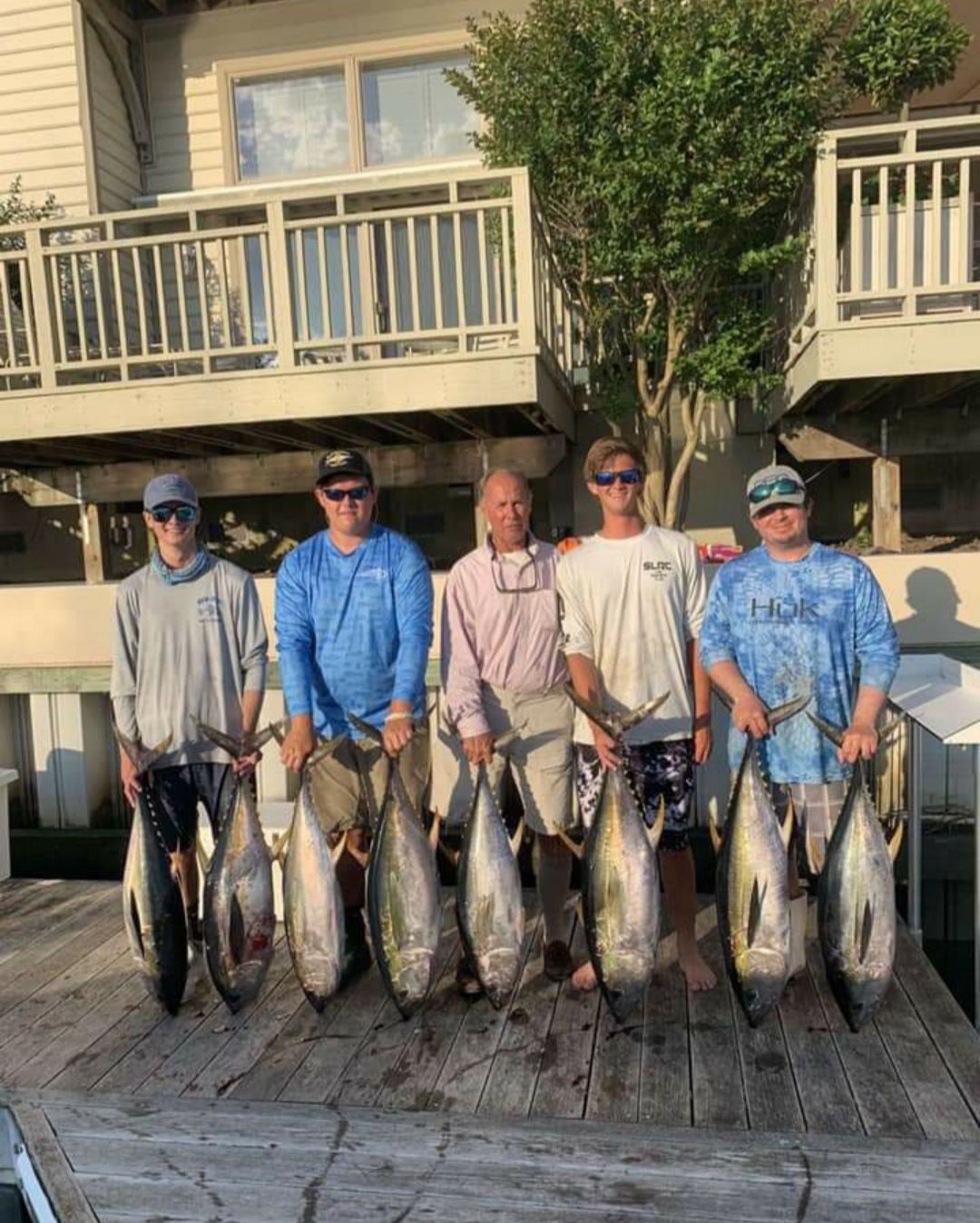 Some nice tuna for the Pequod. 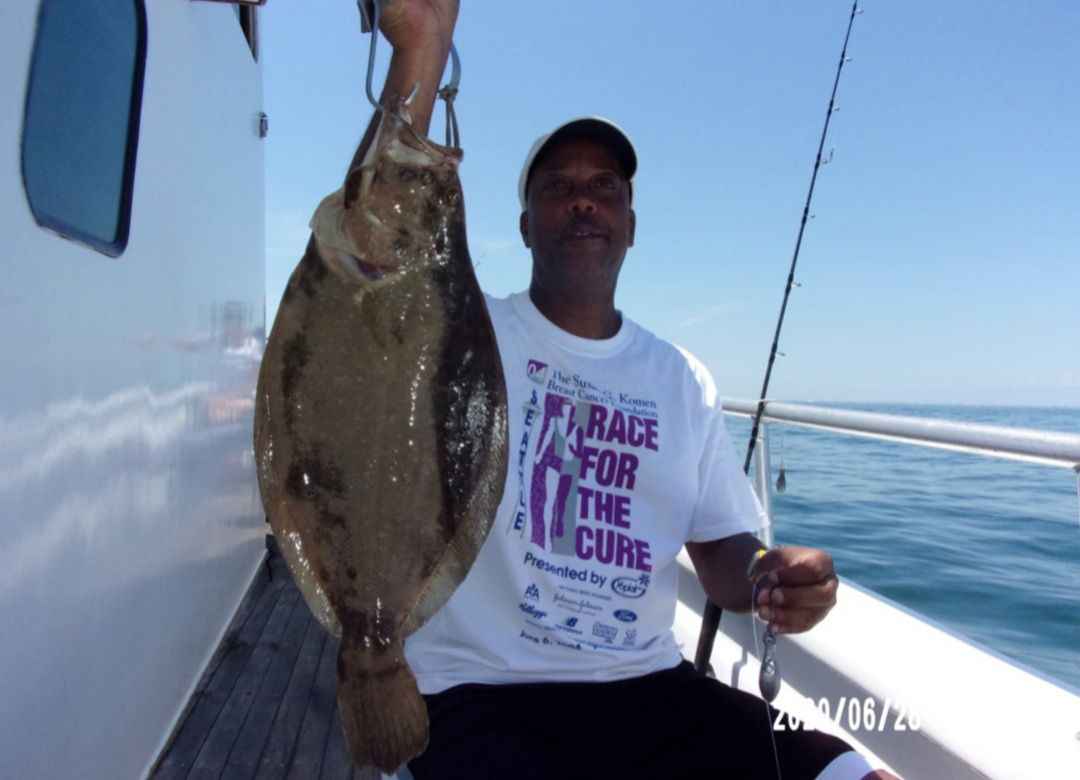 Kevin Nelson and his pool-winning flounder. 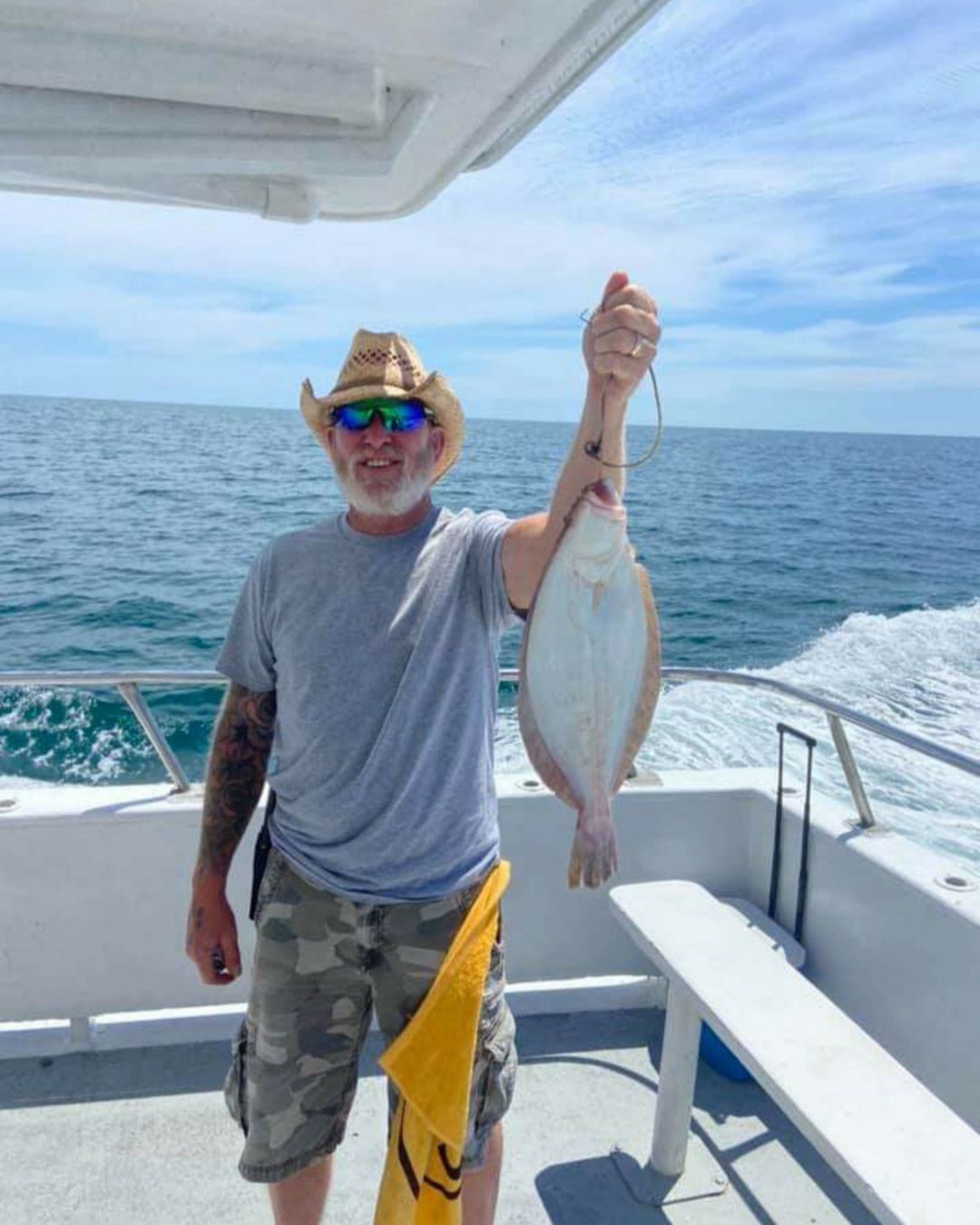 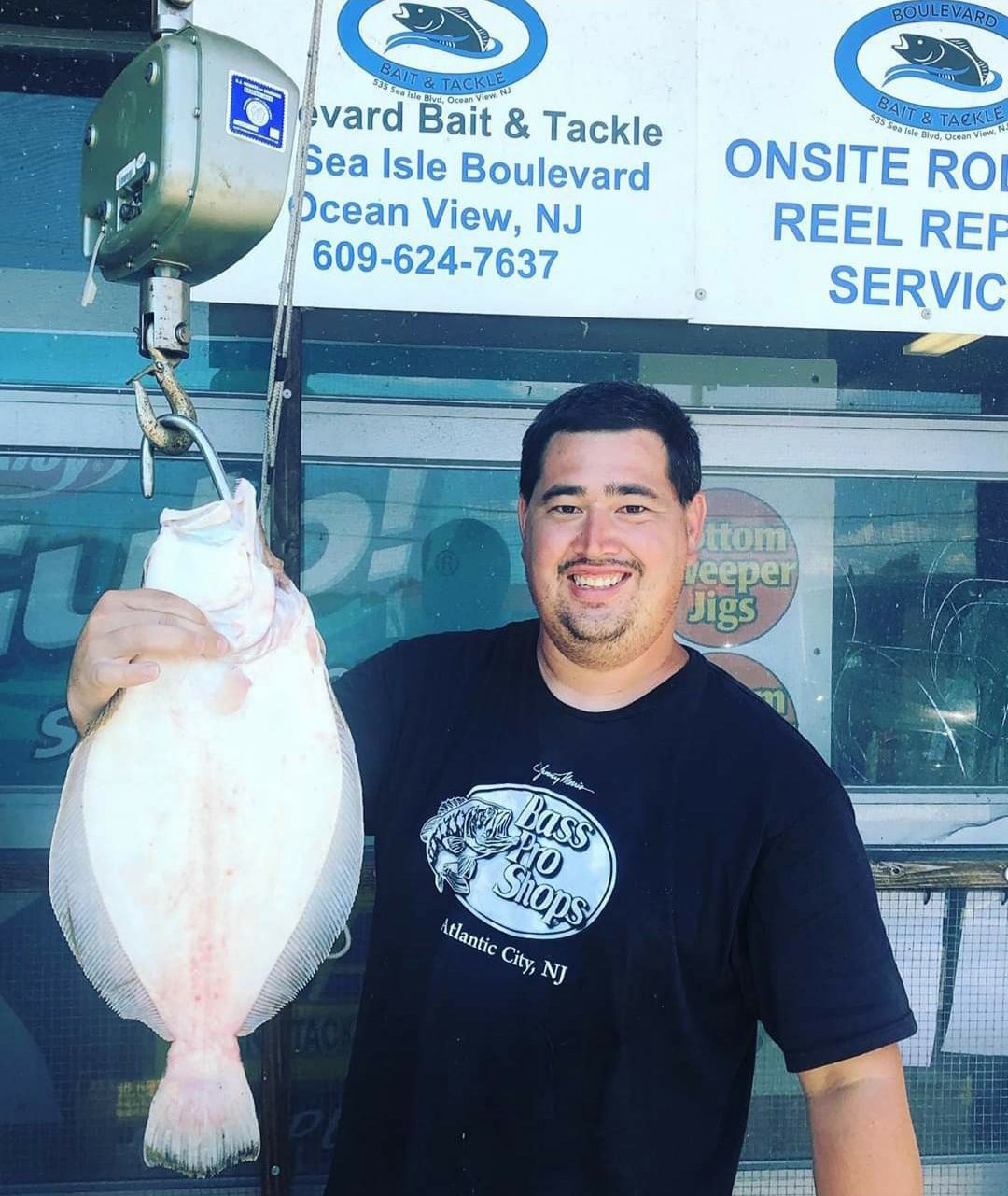 Rich Kiker and his 4-pound fluke.

Courtesy of the Miss Chris

We endured another nice week of sun and hot temperatures, which led to many fishing opportunities.

We dodged a few quick thunderstorms, but nothing that squashed the whole day and kept us indoors. More great news is that sea bass are now legal again. From July 1-Aug. 31, you can keep two fish, at 12.5 inches. Let’s check out what transpired.

The Sailor’s Delight is busy with their three daily trips - busy by catching lots of flounder, with keepers to 25 inches. They're also busy because of the keeper weakfish that they are catching.

Throw in an occasional bluefish and fishing gets even busier in the back bays. They even ran an experimental night trip, with the highlight being some schoolie striped bass. It’s great to be busy.

The Cape May Lady is sailing for flounder daily, at 8 a.m. They had great action of short and keeper-sized fish that resulted in some limits for their anglers. They also picked up some weakfish, which are a nice addition to the daily catch.

A recent offshore trip for tilefish was a success. Many limits on blueline and golden tilefish were caught. They will be running more of these trips, so if you're interested, call them, at (609) 780-7900, for more information.

Sterling Harbor Bait and Tackle will hold their 27th Annual Duke of Fluke Tournament July 18. There are a few changes to the tournament because of COVID-19.

First, there will be no after-party this year. Crowd size and spacing make this difficult to accomplish this year. Second, since many of the participants have fished this tournament over the past 26 years and may now be facing financial hardships, there will be free entry for the boat and kayak divisions. The feeling is that “we are all in this together."

The award process will be simple, as the “Heaviest Fluke” will have trophies for the top three places. Duchess and junior angler trophies will be awarded, and the top three places in the kayak division will receive trophies. Kayaks and boats will be assigned a “boat” number and an entry for a drawing with great prizes, plus the opportunity to be crowned the “Duke of Fluke." Entry forms are available at the store and the website, www.sterlingharbor.com.

The Sea Star III was busy at the local reefs catching some nice flounder, plus some sea bass were caught and released. When the drifts were good, so was the action. Too fast, or slow, and the results lagged.

The Porgy IV has been catching some nice flounder, highlighted by Tony Mateu, who had two keepers up to 5.25 pounds, Brian Coulburn and his son, Toby, who had two fish to 4.75 pounds, and Les Lawler, who claimed one of the daily pools. A limit was caught in the last hour of one trip by Al Pavlichko - better late than never.

The Miss Chris, sailing two daily trips, at 8 a.m. and 1 p.m., is hitting the bay and reefs. The weather and tides are the determining factors. The bay is giving up weakfish and kingfish, while the reefs are producing flounder and sea bass.  A highlight from a recent trip was the 4-pound fluke that won the daily pool and was caught by Rich Kiker.

The Fishin’ Fever has been catching plenty of flounder recently and limiting out for their patrons. In addition to the flounder, they had a nice tuna trip that resulted in three bigeyes weighing 176, 200 and 236 pounds. A nice yellowfin was also caught that day.

Another trip was described as “crazy." Their “best guess” was 55 bluefins and yellowfins that were caught and released. They put some tasty tuna on the deck that day.

The Full Ahead is also getting their share of flounder and limiting out. One recent charter had the limit by noon. Those are the days that captains like.

Off The Hook Bait and Tackle reports a 176-pound thresher shark was caught by Gary and Luke Miller. Another catch to note was a 6.78-pound flounder, caught by Matt Magiera.

Cape May Bait and Tackle reports that kingfish, flounder and weakfish are being caught along the beaches. Some sheepshead have also been picked up from the Cape May jetties. Sand fleas or clams have been productive baits.

The back bays are still producing flounder, with a mix of throwbacks and keepers along the channels. Also, crabbers are catching plenty of blue claws. Offshore fishing has provided some great mid-shore fishing for bluefin tuna, while the area canyons are where yellowfins and bigeyes have been caught.

First Fish Adventures has been busy with multiple charters that have produced plenty of keeper flounder. The highlight of the trips was that taken by the DeRose family. It was Elises' first time flounder fishing, and she hooked three fish. She is now probably, and happily, hooked on fishing.

Bayhound Charters Light Tackle Sportfishing, with Capt. Al and his son, Jimmy, had some nice tuna trips recently. One group produced some great longfin tuna, while another group had some nice yellowfin. During the night hours, they caught a big hammerhead and two small makos.

Recently, in some local backwater, I drifted to Capt. Al while we were both fishing. He had some friends out while I was fishing from my kayak. We talked fishing and enjoyed our time on the water. It was good to catch up with you, Al. Good fishing to you, and I’ll be in touch.

The Starfish is sailing two trips daily, at 8 a.m. and 1 p.m. They have been catching triggerfish, sea bass and flounder. They will also offer a new entertainment option, the Cruising Tiki Hut. You can rent a floating tiki hut, with a captain, for a 90-minute to two-hour cruise.

The Miss Avalon is staying busy, catching flounder and triggerfish. They have also caught and released sea bass, which are now legal again, which is nice since most boats are still catching them.

The Avalon Lady is cruising the backwaters, where flounder are still residing. They have also caught some weakfish and even pulled in a kingfish. Getting one that far in from the ocean was a surprise for that angler.

Boulevard Bait and Tackle continues to report nice catches of flounder. Zac Thompson registered a 20-incher, and Joey and Danny G. limited-out one morning, with fish to 23.5 inches, and Doug caught a 24-inch, 4-pound flounder from the back bay while kayak fishing. He also mentioned that he lost a bigger one.

Avalon Hodge Podge reported a great day in the Spencer Canyon for the crew of the Pequod. They caught eight yellowfins during that recent outing. Also, the Burns family was fishing for flounder in the back bays and returned with nine keepers. The biggest was 24 inches and 5 pounds.

Take care, and I'll see you around.