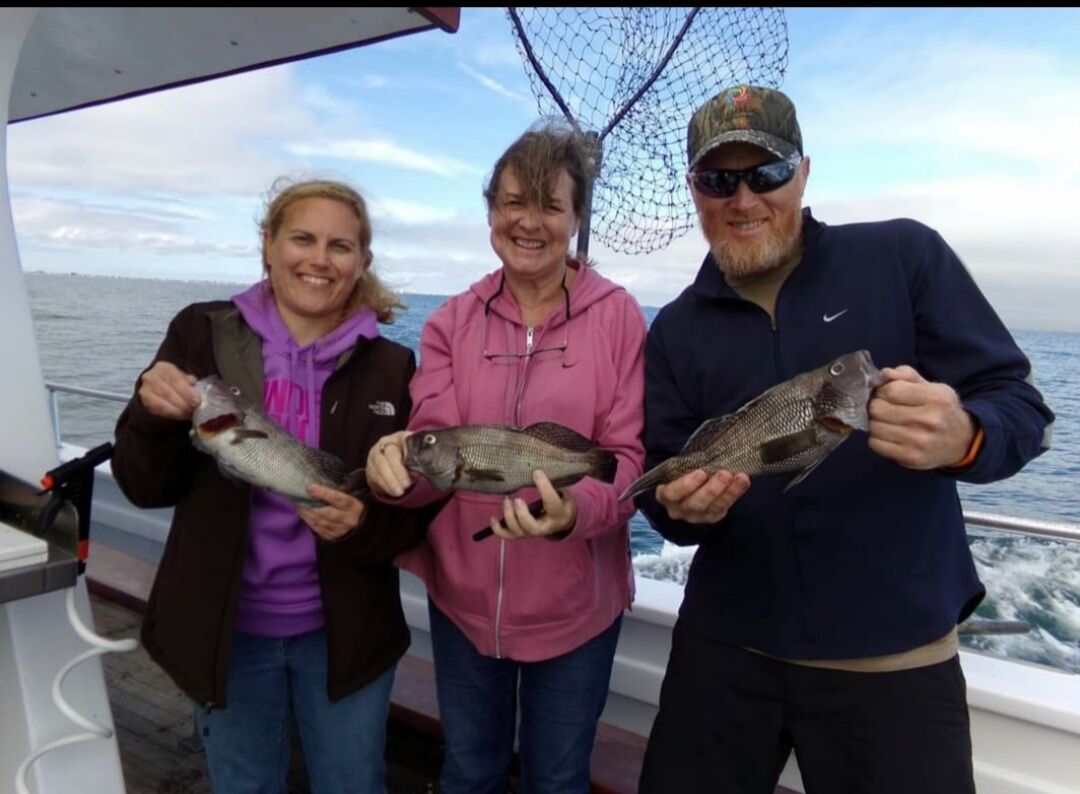 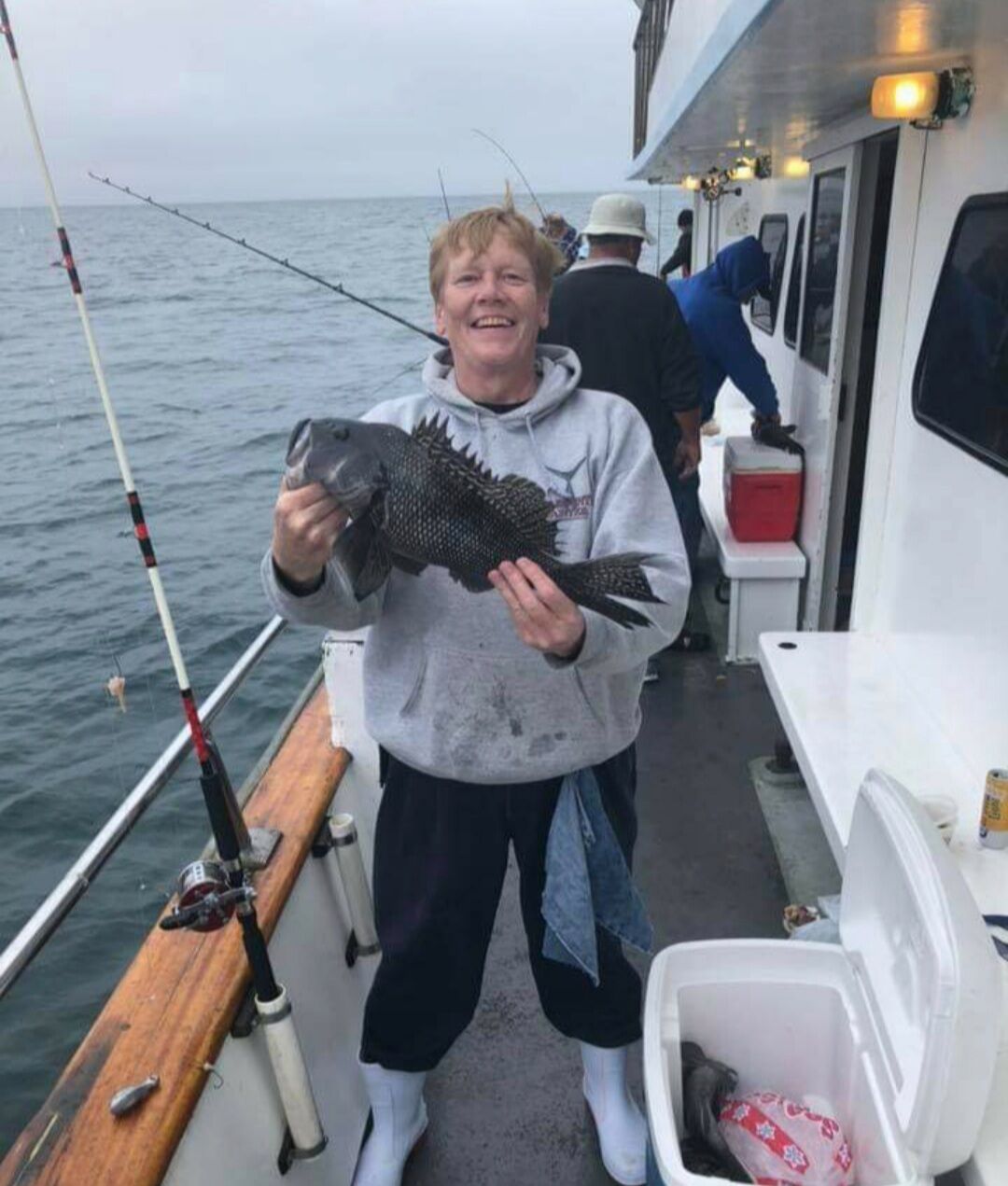 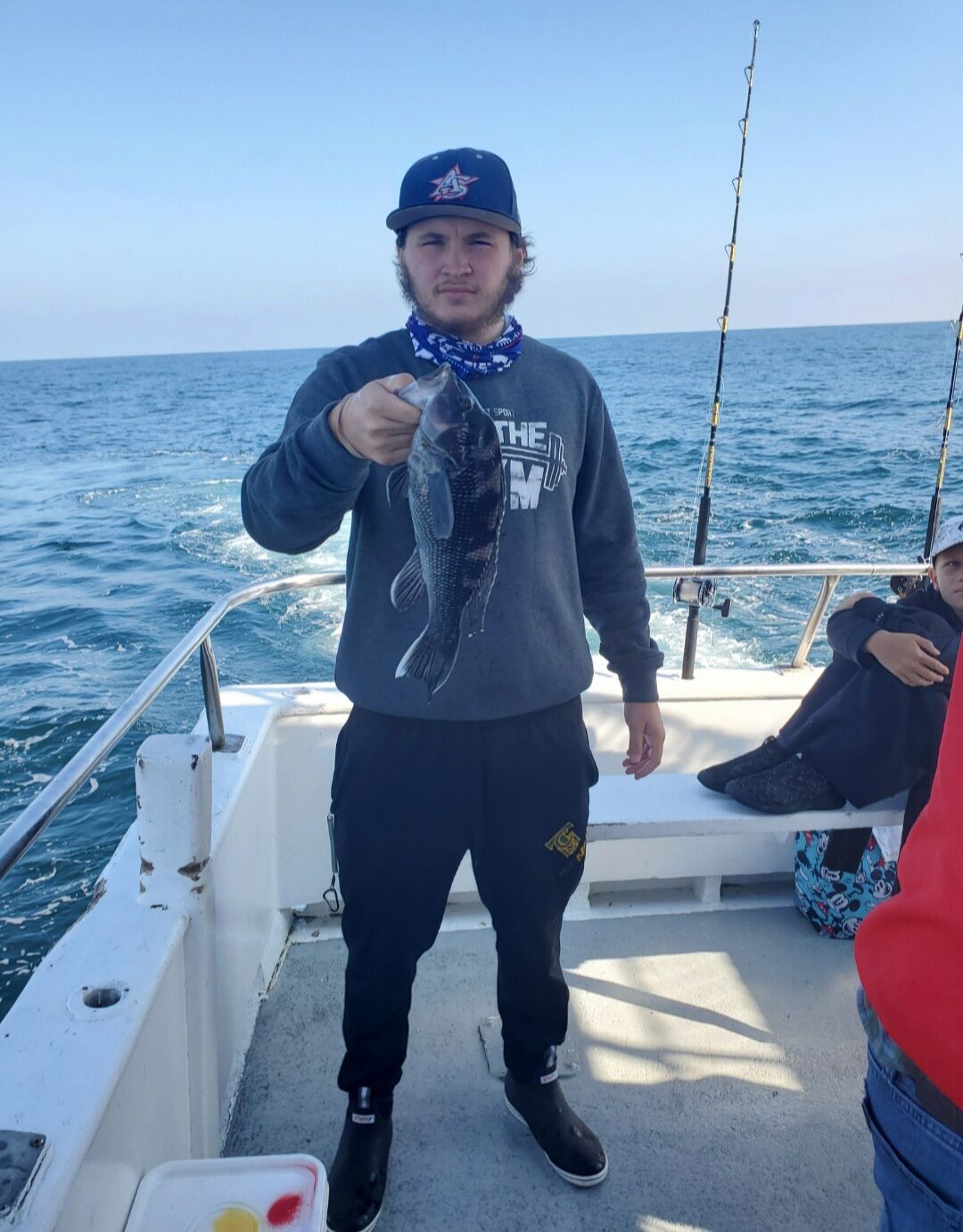 A happy angler and his keeper sea bass. 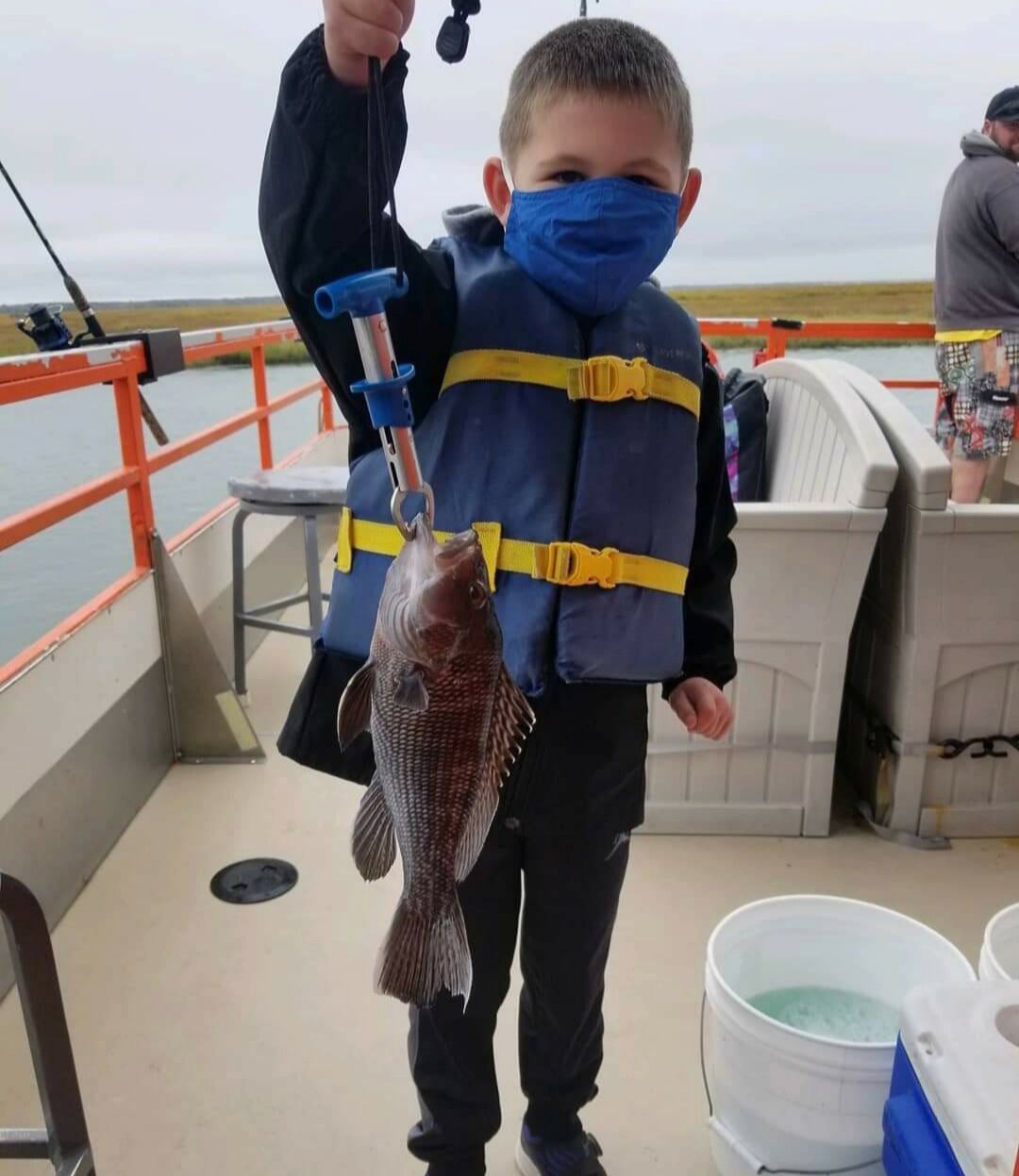 A young angler and his keeper sea bass.

This is column 300 - six seasons of bringing you news on our fishing scene, including the offseason.

Sea bass and triggerfish continue to provide the bulk of local action. Blackfish, blowfish, bluefish and weakfish also accounted for when the daily mixed bag is reviewed.

The weather is a factor, but as fall progresses, that is to be expected. Most trips proceed, but some don't.

The Miss Avalon, with Capts. Irv and Brandon, is sailing to local reefs and wrecks, catching many listed fish. Their schedule varies, with some mid-week trips being added to their weekend schedule.

They are making a list of anglers who would want to participate in “short notice trips," which will be between four to six hours and target blackfish and triggerfish. They will give you a two to three-day notice before they sail. Call (609) 967-7455 to get on the list or see when they are sailing a regularly scheduled trip.

An Oct. 27 trip produced blackfish, sea bass and triggerfish for those aboard. They will sail these trips during the week, when conditions and eager anglers allow.

Capt. Chuck, from the Sea Star III, was happy to report a “busy week." Three elements came together, as the cooperating weather led to more anglers and fish. That is a winning trifecta for a fishing boat captain.

The Porgy IV's anglers produced sea bass limits. Those that aren’t limiting out are still catching enough to put a nice dinner on the table. Triggerfish are also ending up on the table, which makes a good variety.

Weekend pools went to Craig Constantino, who won with a triggerfish, while also limiting out, and to Jim Murray, who also won with a big triggerfish. The Oct. 28 trip went to an unidentified angler, who won the pool with a large triggerfish. The sea bass action that day was excellent, as almost every angler limited out.

The patrons of the Miss Chris, the Sea Star III's marina mate, are staying busy with a nice mix of throwback and keeper sea bass. Some triggerfish are also clearing the rail. The Miss Chris is now sailing Thursdays to Sundays.

Cape May Bait and Tackle reported schoolie stripers and snapper bluefish are in the surf. Keeper-sized stripers are being caught in the backwaters and near the Cape May Harbor.

Boulevard Bait and Tackle is reporting striper action in the backwaters, as well as from the beach. The back produced stripers for Bucktail Willie and his friend, Pat. Willie, who caught over 20 fish, was tired but still ready to catch more. The best bait was eels, which worked for Joe, who was searching the sod banks for his fish.

Soft plastic shad baits were a prominent choice for Kim, who also caught small stripers in the back bay. The beachfront was the best spot for Tony T., who landed a 25-incher to get his day going. It was a promising sign after a slow stretch.

Stripers are on the beaches and in the back, so get your gear, choose a destination, and good luck.

Sea Isle Bait and Tackle reported nice catches spread across different species, which shows the variety of fish available. Mary S. stopped in with a triggerfish that weighed 3.2 pounds. Also stopping in was Vince, who weighed a nice blackfish. Finally, Pete S. checked in with word of a 27-inch striper that he caught from the surf on mullet.

The Sailor’s Delight is doing well on their blackfish trips. This may be a new offering from the captains, but they are already into the swing.

Recently, after an outing to the rock piles, five anglers each caught their single-fish legal limit. That bodes well for when the bag limit increases to five fish Nov. 16.

They also report that sea bass and bluefish are biting again. A young angler recently landed a keeper sea bass among his catches.

A mid-week trip led to a report of a full, six-fish limit of blackfish for the six anglers aboard. They also had 15 throwbacks that contributed to the solid morning.

Thanks to reader and contributor Nick Rambo, for reporting a successful blackfish trip for the All Hanked Up's crew. Each angler returned home with a keeper fish.

The fish were all caught in an hour, which makes for a quick, successful trip. Thanks, Nick, for offering the picture and report.

It’s hard to believe that it’s already November. The fall season is flying along, as striped bass, sea bass, triggerfish and blackfish ply our local waters.

If possible, try to get out and catch your share. Take care and I’ll see you around.