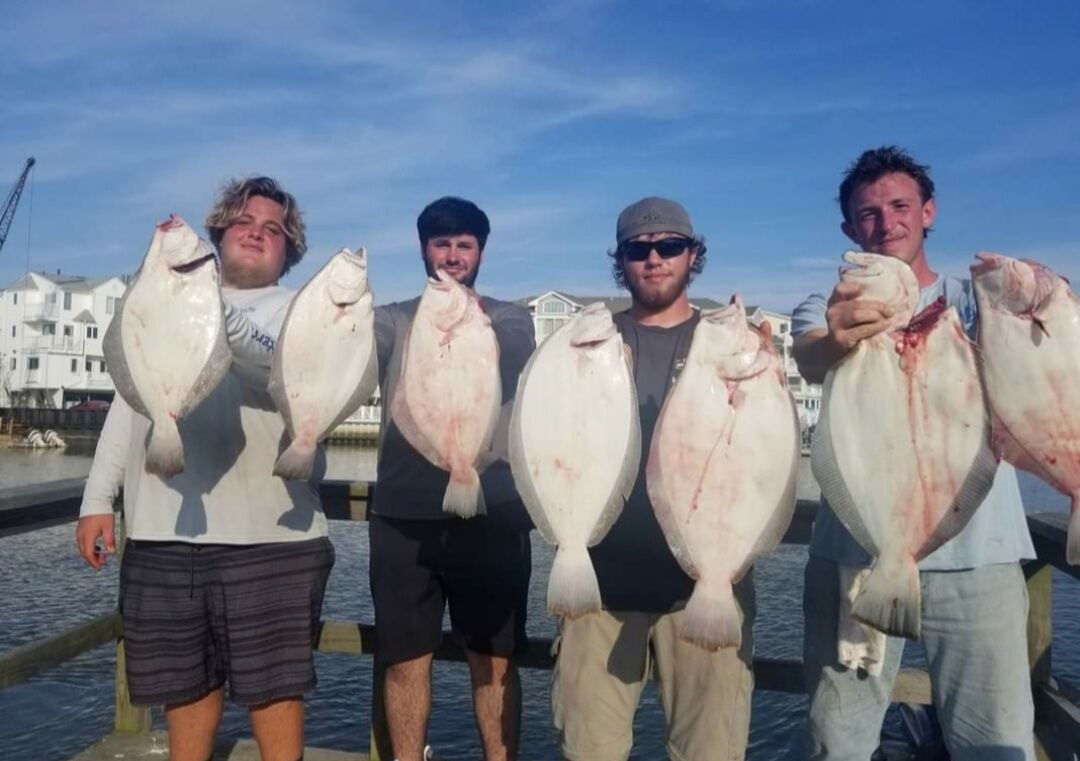 The crew from S&S Bucktails. 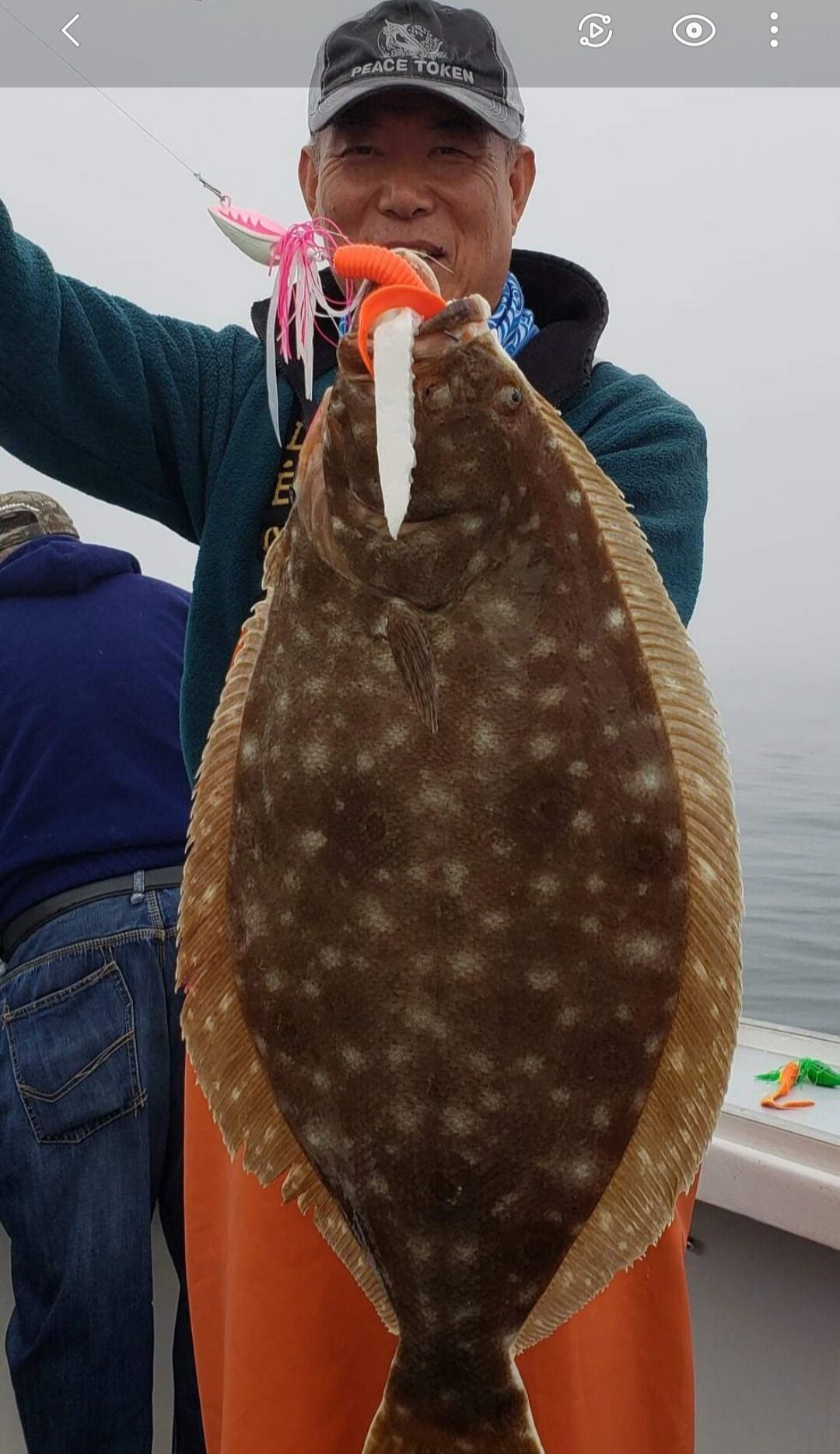 Mike Jung and his 9.5-pound flounder. 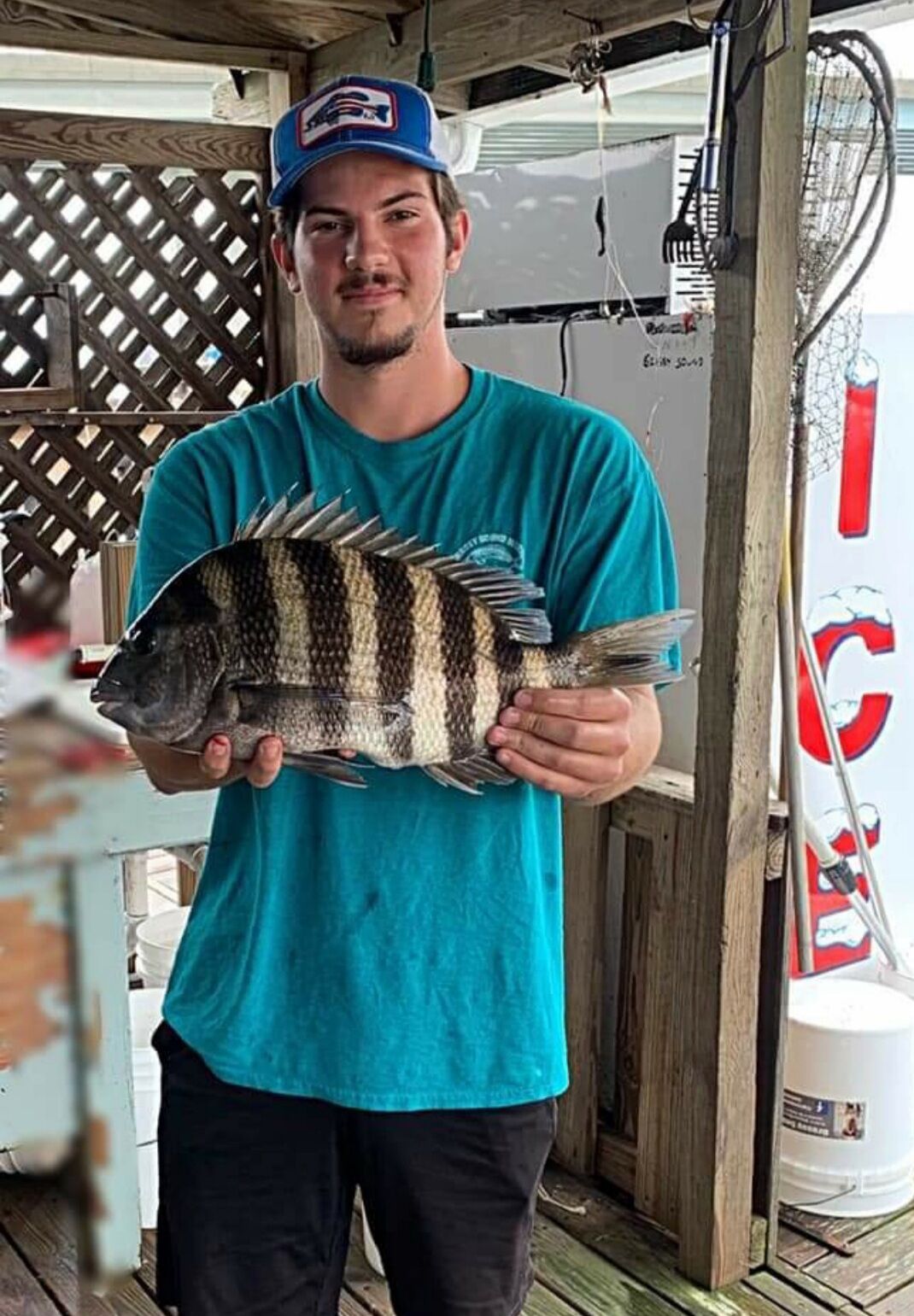 Colin Tomlin and his catch-and-release sheepshead. 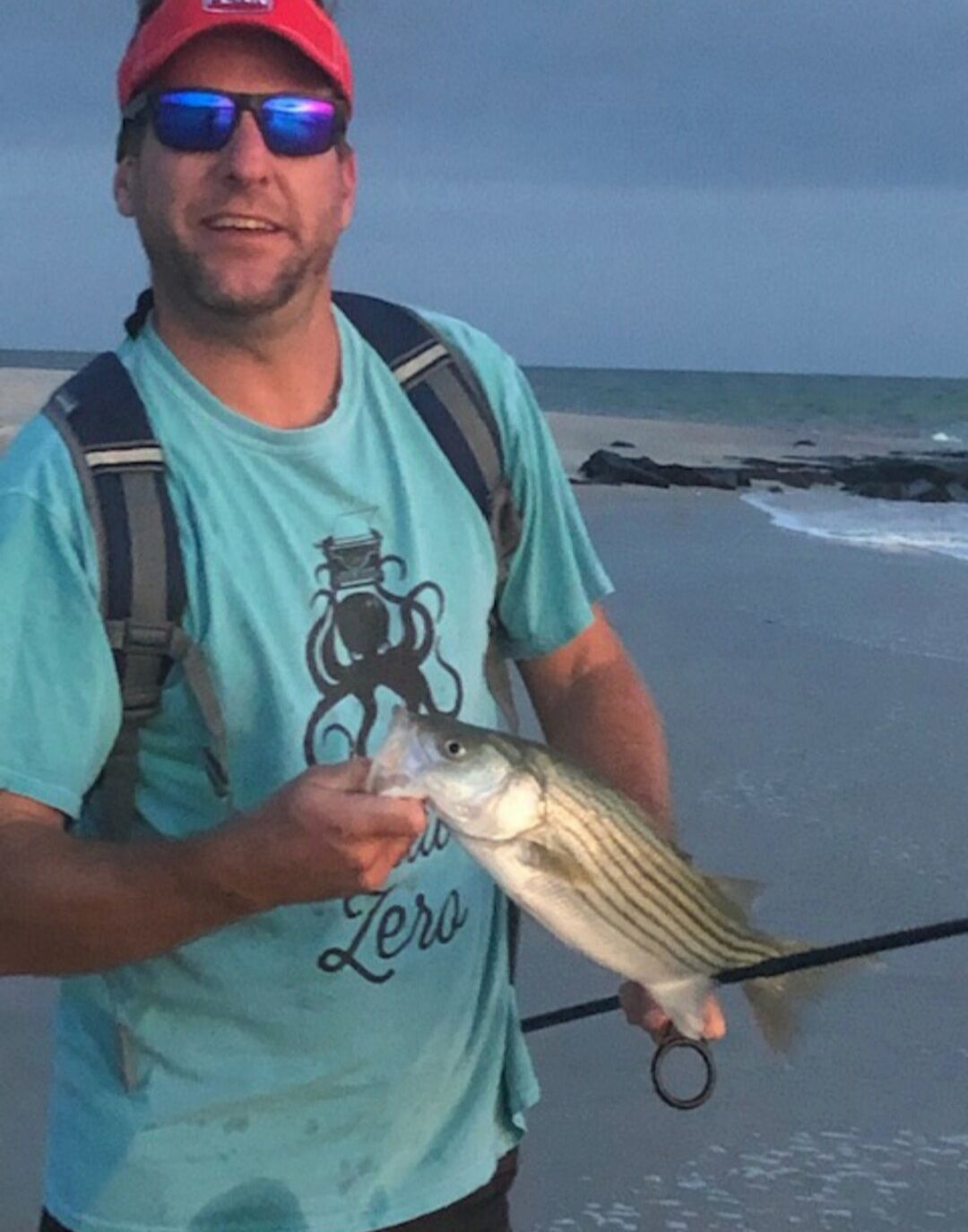 Rick Ottenbreit and his surf-caught striper.

You can officially, and sadly, say goodbye to the summer flounder season.

The last month produced terrific flounder fishing not only at the local reefs, but also in the back bays and inlets. Other fish are around to keep us busy, but many anglers are looking forward to sea bass fishery’s next segment, scheduled to begin Oct. 8. You will be allowed to keep 10 fish, at 12.5 inches.

Some recent days were lost to the wind, but let’s examine recent activity of some local anglers.

The Porgy IV worked through the wind, as did the boats. They caught some flounder, even though they didn’t run daily. The final pool of the flounder season went to Ken Minett, who won with a 20-incher. The week's highlight was from Robert Derr, of Manahawkin, who was fluke fishing on one of the trips and won the pool.

The part of his win that stood out was that he won with a black drum between 20-25 pounds. It’s a great fish that's definitely pool legal. Drop your line and hold on because you never know what is down there. Capt. Paul will now take a little break to prepare for the beginning of sea bass season and return Oct. 8.

Capt. Mike, from the Miss Chris, fished through the wind as the week was ending. For his troubles, his patrons were catching numerous croakers. Many anglers were catching double-digit amounts, and some added kingfish to their bag.

The Sea Star III had a productive week and quality results when the wind allowed. Capt. Chuck reports that many nice fluke, along with triggerfish, were caught. He, like the other captains, is looking for a strong final week to the flounder season.

The Fishin’ Fever is still catching nice tuna, and Capt. Tom reported that, during the last several days, they had “awesome” trips that produced many “quality” yellowfin tuna, in the 50-to 80-pound span. Call him to see if he has openings available.

Capt. Skip, from the Stalker, is catching early-morning striped bass. He runs trips on the Stalker skiff, so call him to receive an outing.

Peace Token reported that owner Mike Jung was doing some flounder fishing recently. He was fishing one of the jigs sold at the store, the Salt Bug Jig.

He worked it to the tune of landing a 9.5-pound fluke. The hungry fish hit a big Gulp grub tipped with a strip bait. Nice fish, Mike.

Grassy Sound Marina reported a nice catch by employee Colin. While wetting the line, he caught a nice sheepshead. After grabbing a picture, Colin released the fish for another angler on another day. Nice catch and nice move, Colin.

Nice late-week flounder catches went to the Joe and Kathy Tomlin, who both caught 22-inchers on New Penny Gulp. Wayne Petersen joined them, with his own two catches. His flounder went 23 and 20 inches. His bait of choice was a chartreuse Spro Bucktail and a minnow.

The Sailor’s Delight reported that they have a promising sign for fishing after the flounder season, which were feisty bluefish caught. They weren't large but were the kind that I like to throw on the smoker. After smoking, you split them roughly and make a bluefish salad, with the same ingredients as tuna salad. Serve this on crackers or as a sandwich, and you have something tasty.

Bayhound Charters Light Tackle Sportfishing had another productive reef outing. Capt. Al took the crew from S&S Bucktails for a day of bouncing bucktails and enticing flounder. They finished the day with seven nice flounder, which resulted in a great day of bucktail research and development.

The Miss Avalon remained busy ahead of the last flounder weekend by catching more flounder, plus some triggerfish. They, like other boats, will fish for triggerfish, kingfish, croakers, and others swimming through our waters while waiting for the beginning of sea bass season.

Boulevard Bait and Tackle remained busy between weighing late-season flounder and preparing for the fall sea bass, striped bass and blackfish seasons. Other shops are following suit, so stop by your favorite one and see what they can offer.

Late season flounder went to Tony, who landed two for his dinner table. Kevin also joined the angler roll call with catches and stopped in with an 18-incher. Both anglers caught their fish from a land point along the back bay.

Avalon Hodge Podge reported that Ben, who was mentioned recently, struck again, this time hooking a 32-inch, 10.91-pound mahi-mahi. He was fishing around “the pots,” and this fish hit a live peanut bunker.

A catch that slipped by me previously was a 23.25-inch, 3.45-pound weakfish caught by Ceaser. Congratulations on an impressive fish.

Thanks to reader Rick Ottenbreit, who sent in a report and picture of a “little” striper he recently caught from the Cape May surf. It was caught on a soft plastic bait. It’s nice to see small stripers swimming in the surf. Let’s hope that they get bigger and that we have a fruitful surf fishing season.

The lead to the flounder season's final weekend seems like the proverbial calm before the storm or, more accurately, for the poor weather predicted during it. Anglers fished, but not to the same degree as in weeks past.

Since you’ll be reading this column after the final flounder weekend, I hope you went out before the season ended. It was the best season I’ve had in the last five or so years, and I hope yours went well, too. Now, it’s on to fall and a different set of challenges.