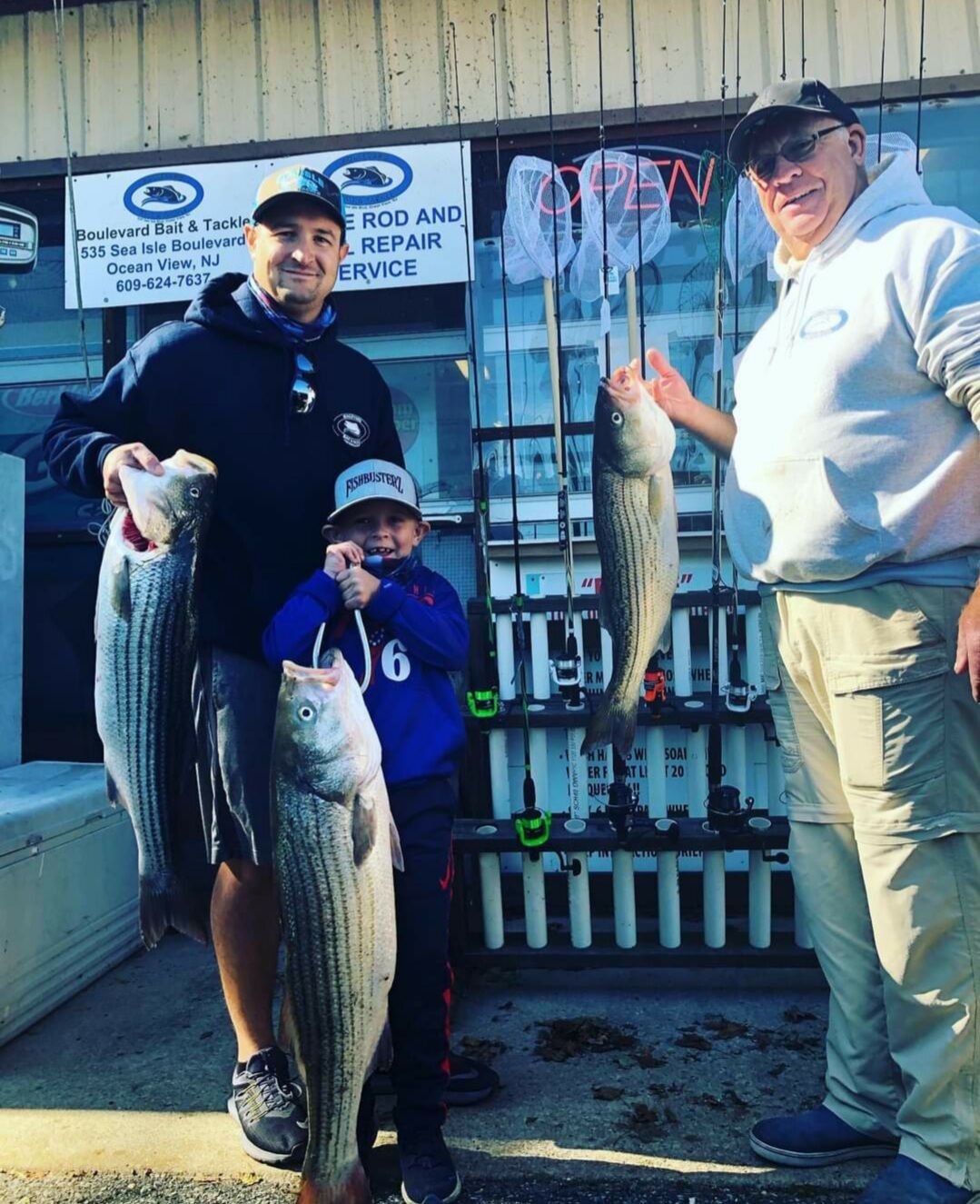 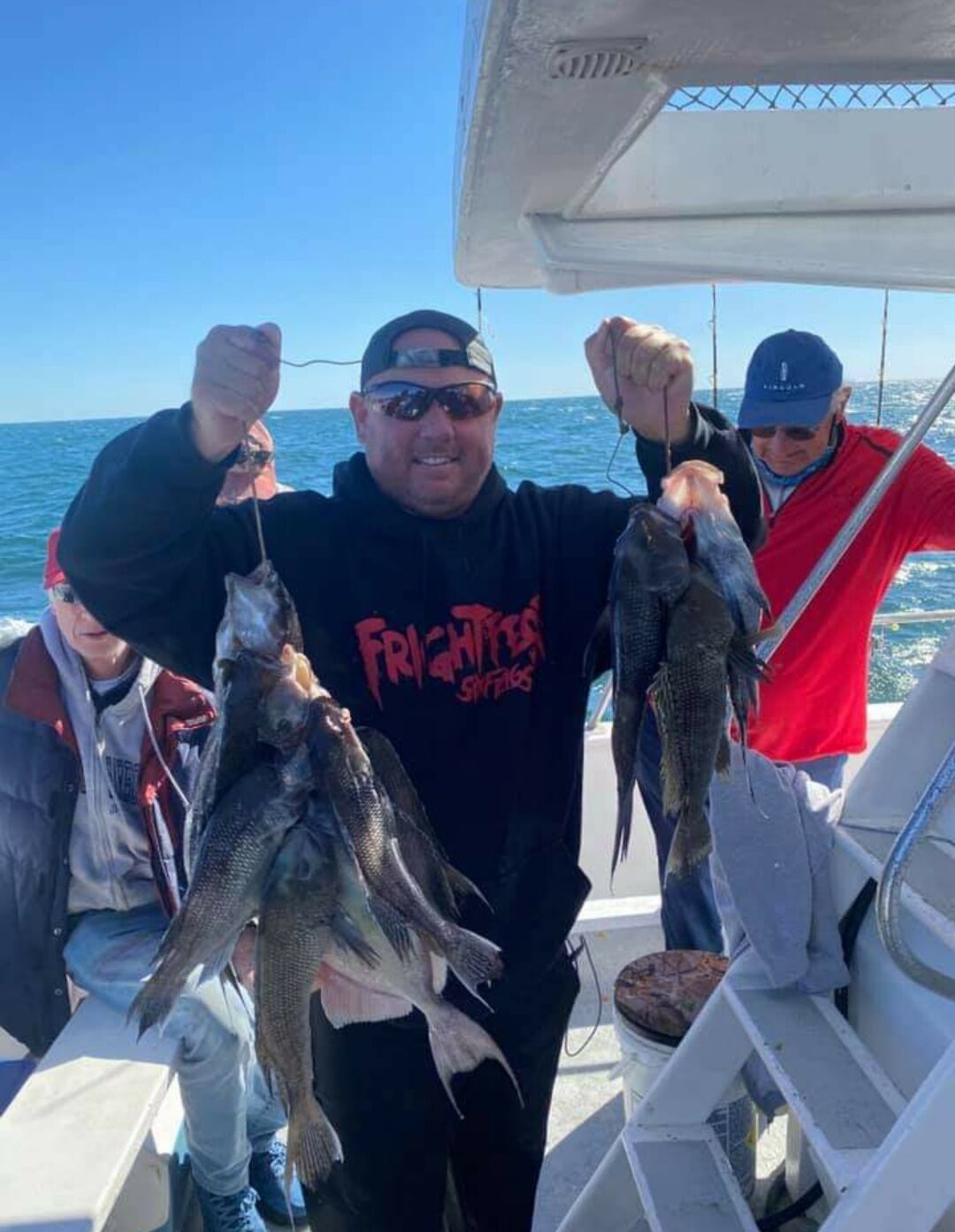 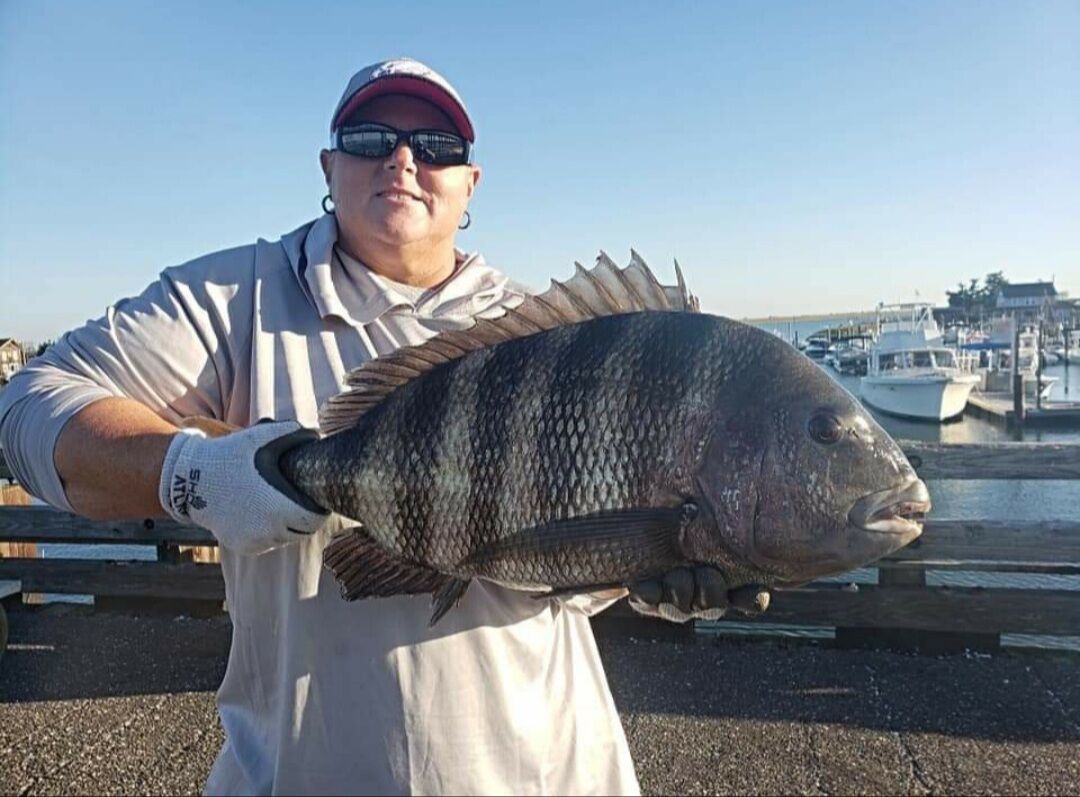 Jennifer and her 14-pound sheepshead. 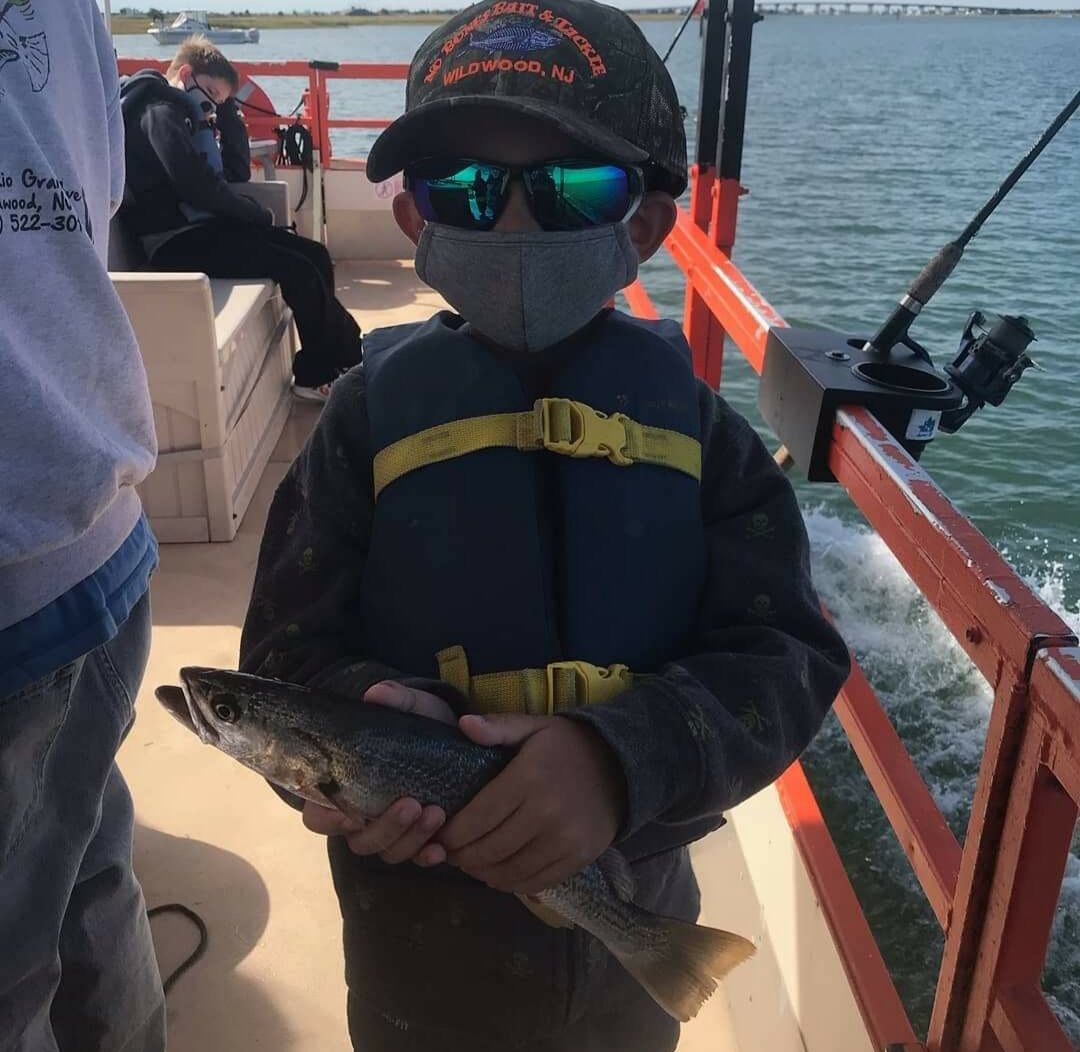 Cameron with his first weakfish. 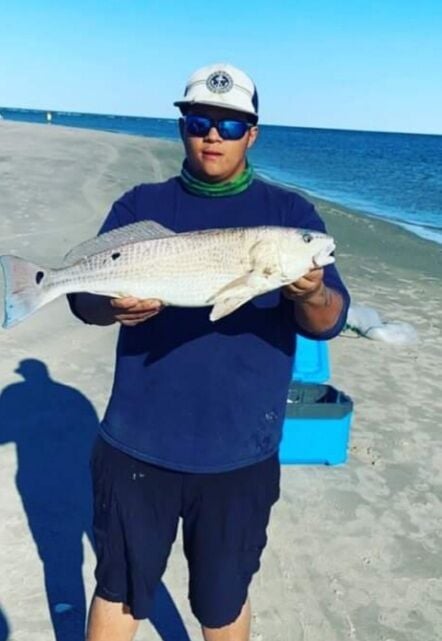 The clock has ticked down to sea bass season's start, and it's now almost one week old.

The pace of life and fun on the water has grown, after slowing briefly.

The sea bass season got off to a bang, as the Miss Avalon registered 215 keepers for the day. There were plenty of throwbacks, too, so the day was busy and the anglers fulfilled. If this is an indication of how the season will be, it’s going to be a great time to load up on tasty sea bass.

Whether you like skinless fillets, whole sea bass for roasting, or skin-on fillets for searing, savory eating lies ahead. Trips sail at 8 a.m., but call (609) 967-7455 to confirm the trip's length and the days they are sailing.

The Starfish also got off to a great start with sea bass. They are sailing daily, at 8 a.m., weather permitting. You also need to book your tickets online for the eight-hour sea bass trips.

The Sea Star III reports that they had a busy weekend. Their results mirror the mixed bag previously mentioned, minus a few. Claiming pools over the weekend were Gary Agness, who won with a 1.5-pound bluefish, and Eddie Conklin, who got the win with a 3.75-pound triggerfish.

Since Oct. 8, Capt. Chuck has, and will continue to, sail daily for sea bass. This will be his plan at least through the remaining months, then he will evaluate the situation.

Boulevard Bait and Tackle reported productive striper action, particularly after recent cool evenings. Anglers Ted, Bill and William took advantage of the conditions and stopped in after finishing an early morning outing. They had three nice bass measuring 28.25, 32 and 35.5 inches.

The largest tipped the scales at 15.5 pounds. Early morning or late afternoon into the dark have been productive times. If you can, grab your pole and bunker, mullet, or rubber baits, and head to your favorite backwater spot.

Reports after the weekend mentioned multiple red drum catches from the Avalon and Stone Harbor beaches. A young angler, Ethan, checked out a nice slot-size fish his cousin caught while chunking a mullet. Another nice fish was caught by Matt and Joe, as they fished from a boat in an unidentified location.

Early in the week, the productive fishing continued on the Sea Isle beaches, as an angler named Rob landed a nice fish from the surf. It seems we have been blessed with a large biomass of red drum visiting our area. I’m sure these are guests that we wouldn’t mind having for a while.

Another report revealed that a quality red fish was caught by Austin Timpson, also over the weekend, from a local beach. He was using live mullet as his bait of choice. Thanks, Austin, for submitting the report.

Grassy Sound Marina reported that Jennifer landed an impressive 14-pound sheepshead, which she caught while fishing from the pier at the top of the tide. Word arrived that in addition to the nice weather at the pier, October has brought more sheepshead and tog to those near it. If you can, try fishing that area, as it is proving to be productive.

The Sailor’s Delight reported good-sized weakfish and healthy, chunky bluefish. They even caught some out-of-season flounder, some up to 21-inches.

A nice highlight went to a young angler, Cameron, who caught his first weakfish and was thrilled by his accomplishment. Congratulations, Cameron.

The Miss Chris is enjoying fall fishing. They have been catching kingfish, weakfish, triggerfish, Spanish mackerel and croakers. They are sailing daily, so get out and enjoy the weather and fishing.

Hands Too Bait and Tackle reported a nice red drum for Caleb Crider. He was fishing from a local rock pile and was using green crab as bait.

Sea Isle Bait and Tackle reported nice striped bass action over the weekend. There were plenty of keepers caught, with some fish reaching 36 inches. Spot was the hot bait, and the best action came on the outgoing tide.

Sea Isle Bait and Tackle recently weighed a potential state record catch from John Langley, who caught a large triggerfish, at 6.25 pounds, and was one of several fish, including some bluefish, hooked during a trip to local wrecks.

With the nice weather and the great fishing we are experiencing, I hope you can get out and enjoy it.