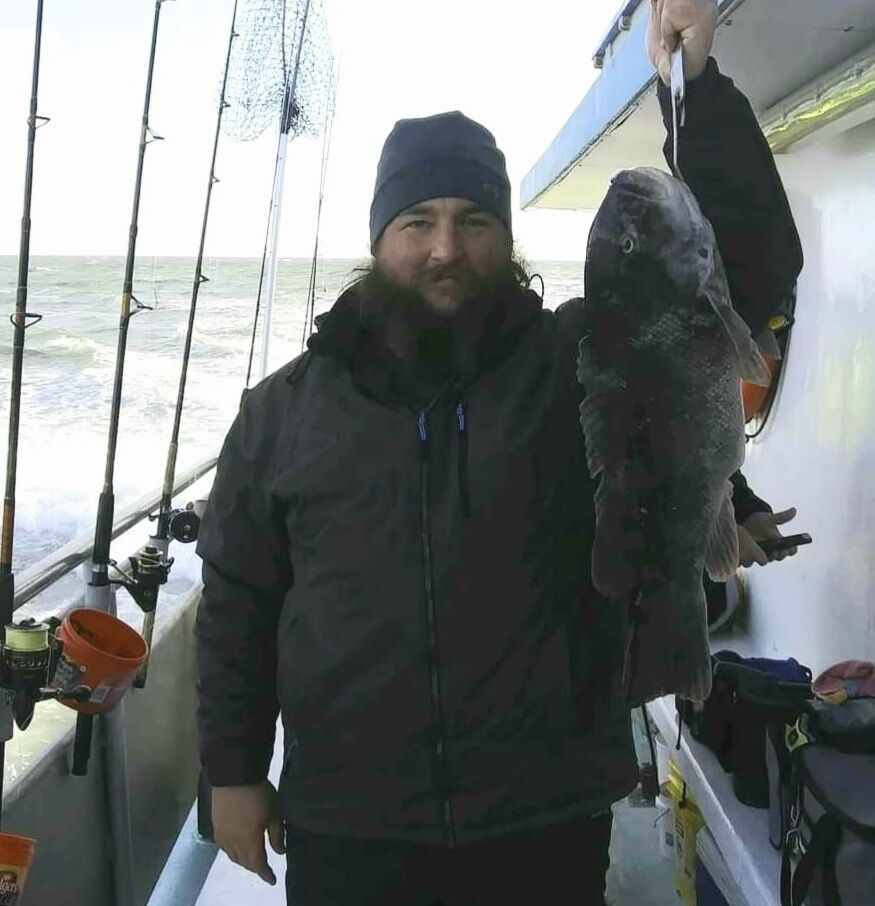 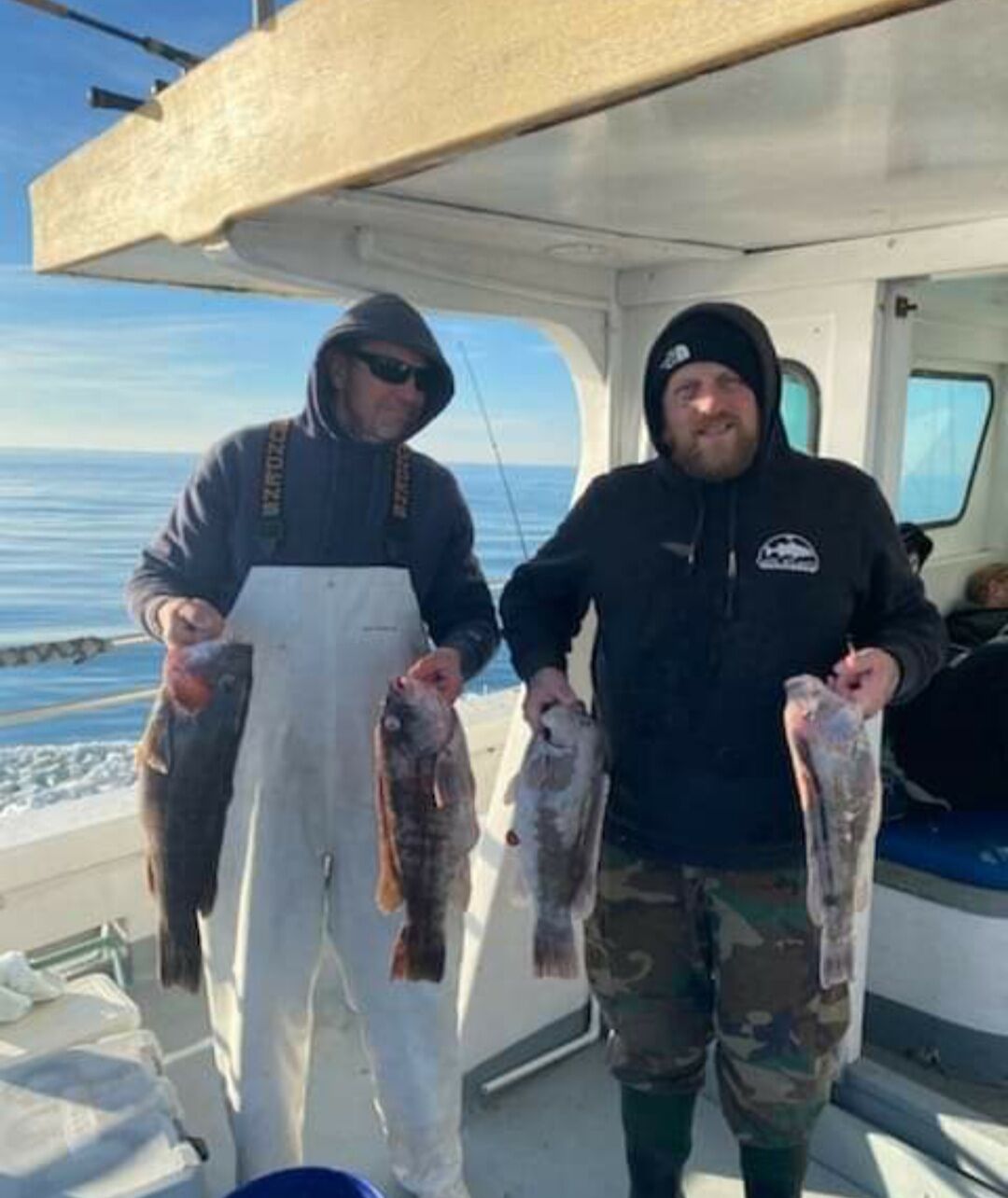 Two happy anglers with their catch. 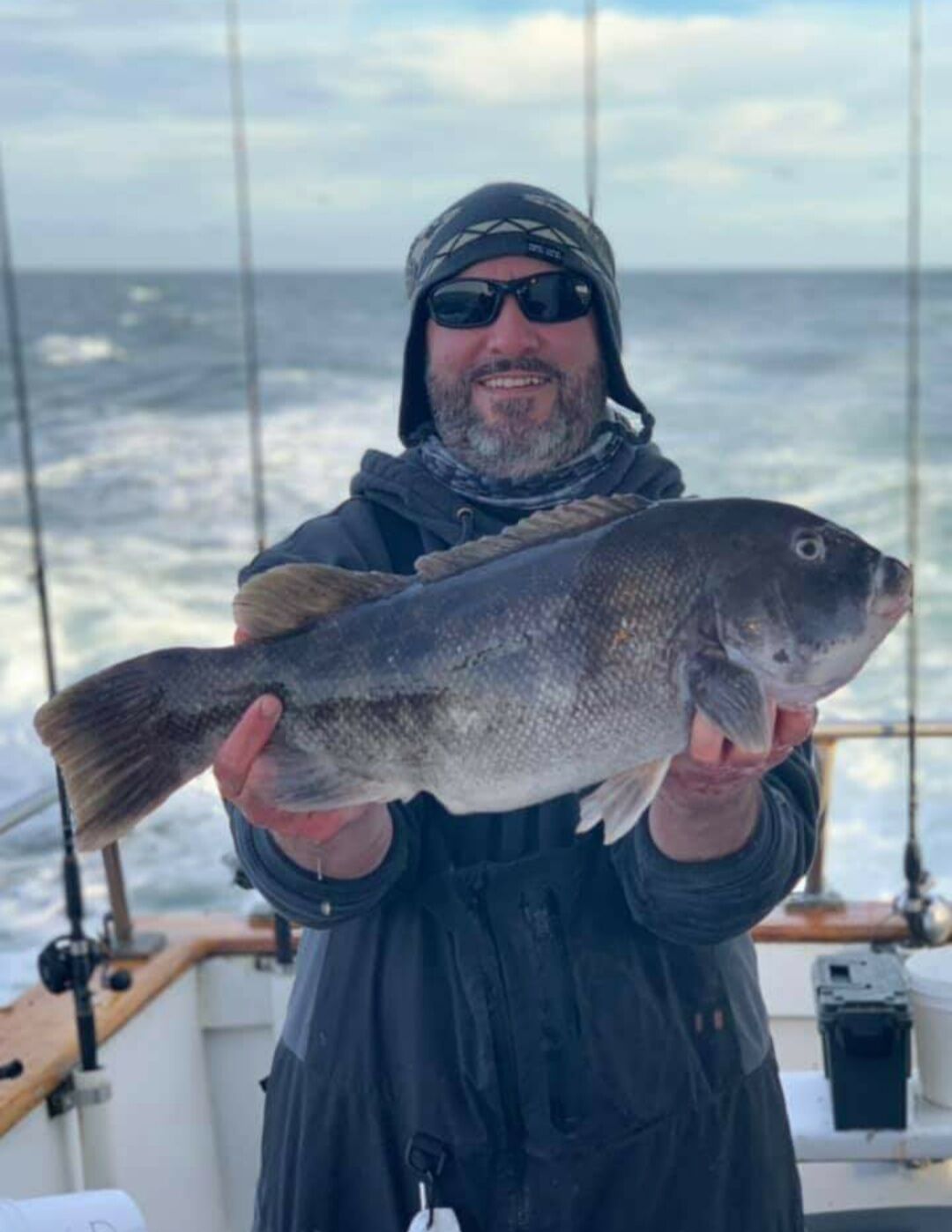 Tony Guerrieri and his pool winner.

I hope the new year's first column finds you fulfilled, healthy and happy. Hopefully, you had an enjoyable holiday and a safe introduction to 2021.

It's now time to check out your new gear, especially if it’s designed with blackfishing in mind. You may have already been able to do so, and if that is the case, you may be mentioned in this week's report.

The Porgy IV, sailing with Capt. Paul, returned on the first decent day after the Christmas storm, with its windy conditions, exited our area. That Sunday trip produced fish “all around the boat."

A “few” limits were achieved, and Tony No, of Deptford, not only totaled a limit but also claimed the daily pool, with a nice 6-pounder. Tim Nichols was another angler noted for catching a limit.

The boat's mid-week trip saw Tony Guerrieri catch his limit, which included the biggest fish of the day and helped him claim the daily pool. Limits were also achieved by Tim Blocksom, Alex Levantovsky and Kevin Olbrich.

Call Capt. Paul, at (609) 884-1214, to grab a seat on one of their trips. They take a predetermined number of anglers on each trip, so reservations are required.

The Starfish, sailing out of Sea Isle City, also got involved on that Sunday and took advantage of the nice day. They had “fair” fishing and had some nice fish to show for it. No weights were listed, but the fish caught looked to easily be in the 4-to 6-pound range. The largest shown was probably in the 8-to 10-pound vicinity. That’s not too shabby, considering the stretch of weather we came out of.

The Dec. 30 trip was challenging, but some nice fish were caught. About 30 keepers were caught around the boat, with some anglers catching a few and others catching less. An enjoyable day was had by all, as the weather was pleasant for a December day.

The pool winner that day was Rhett Whitton, who won with a 9.8-pound blackfish. He also had a second fish that easily weighed over 5 pounds, creating an excellent two-fish haul.

I’ve fished with Rhett and his uncle, Greg, a few times this fall. It’s always a pleasure, guys, so let's do it again.

The Starfish is planning to run trips until Jan. 10. Call John, at (609) 263-3800, to book a seat for a chance to catch some blackfish. As with all trips during this time of the year, the weather determines when they run, so plan on being flexible.

The Cape May Lady returned Dec. 27 and had a great trip for their efforts. For the day, they reported high-grade action, with some limits being recorded around the boat. They logged over 30 fish that topped the 5-pound mark, a great day any angler would welcome.

They are planning trips around the weather, so keep in touch with them to see when they’re sailing. Call (609) 780-7900 to make a reservation.

All boats all running with a limited amount of space due to Covid. Remember to reach out before your desired day. Also, remember that some boats run private charters that may limit your options for a trip. Plan ahead to remove any obstacles.

We’ll have news from the Sailor’s Delight shortly. Capt. Andrew is planning to run new promotions and contests, but I will wait until he officially announces what they will be.

Don't forget to use circle hooks if you are fishing for striped bass with natural bait. Also, the backwaters and inlets are closed, as of Jan. 1, but you can fish the ocean from the beach up to three miles out.

It was a slow week, even by December standards, but we still weren’t shut out. With a little cooperation from Mother Nature, you can still have fun and get out for some blackfish.

If you make it out, good luck and I’ll see you around.