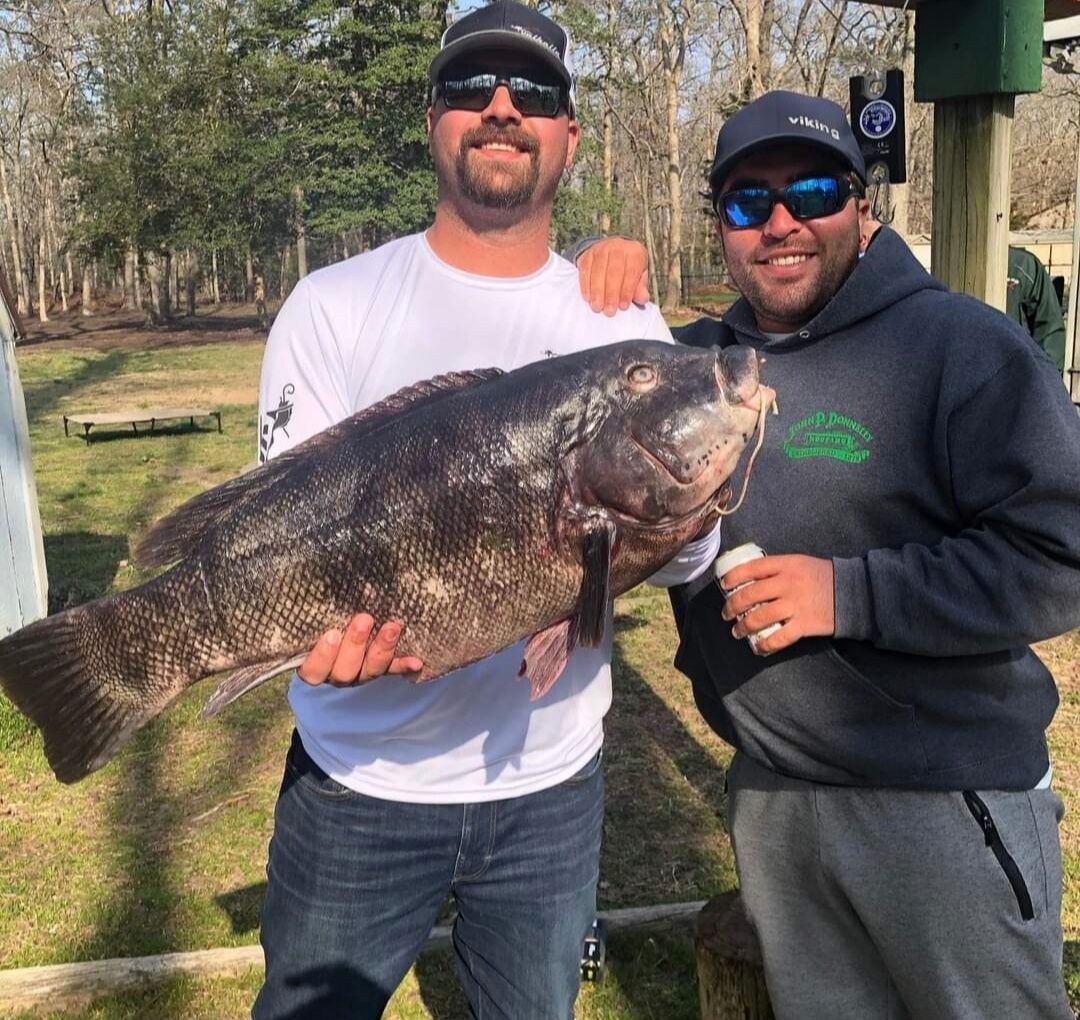 Matt Schad, left, and friend, with his 19.2-pound blackfish. 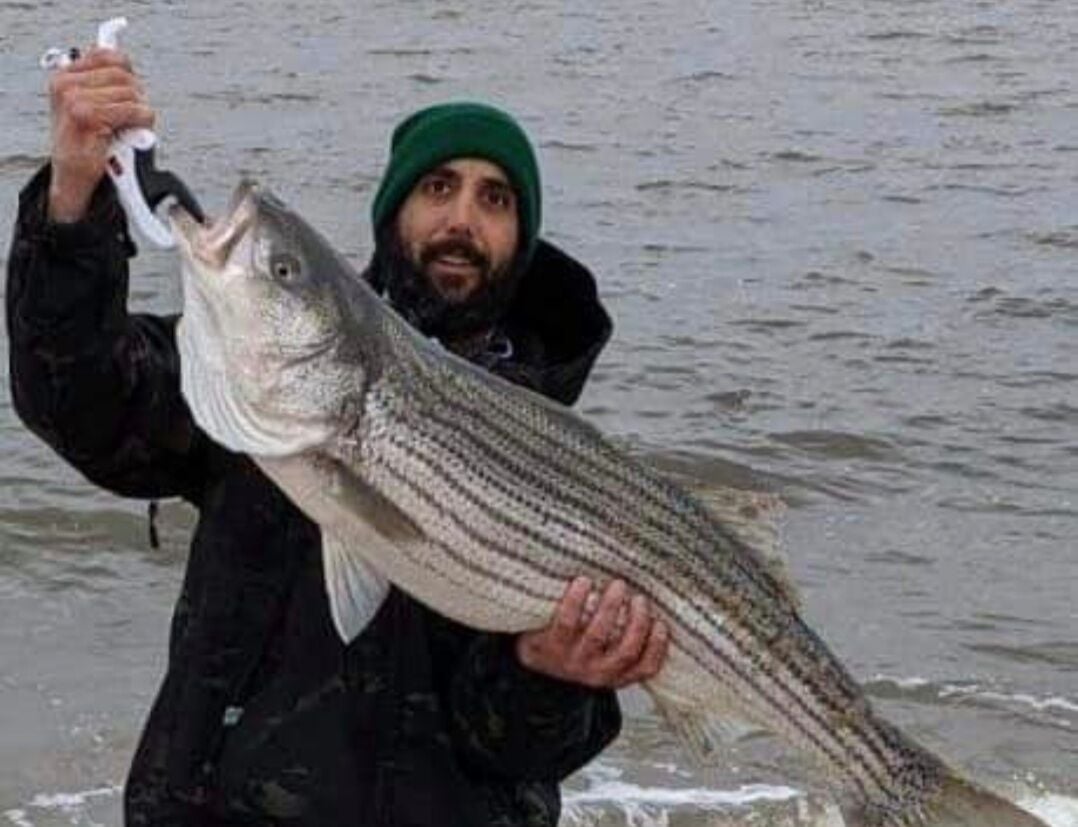 John Ruggerio with an excellent striper.

The old saying about the more things change, the more they stay the same was evident at the beginning of April.

Blackfish season arriving signified a much-needed change. The winds delaying its start for a couple of days was more of the same. The boats stayed at that berths through Friday before the situation changed for the better.

Finally, a couple of boats ventured out to start the season. Some fish were caught, including a nice double-digit blackfish.

Unfortunately, Cpt. Mike Brocco, of the Cape Queen, passed. We offer our condolences and thanks for his, Jennifer's, Cpt. Andy’s and the crews' contributions to this column, Mark’s Fishing Line, on Facebook, and the gifts they provided during fundraisers for the Cape May Tech Baseball Team. They were always willing to help, and I appreciated working with them.

The first report to arrive came from the Porgy IV, which sails from Cape May. Cpt. Paul reported a cold, slow morning, with only short fish that led to a more active afternoon that produced 10 keeper blackfish. As the weather warms, so should the action.

The Monday trip had an increased catch total, as Mr. Mak, from Philadelphia, caught his limit. A few others had two keepers, while Jim Murray, of Reeds Beach, won the pool.

After no trip on Wednesday, the vessel was back at it Thursday. Ken Minett caught his limit, while three other anglers caught three fish each. Leaming Ewing caught the pool winner, a 6-pounder, that was among his three.

Call Cpt. Paul for a reservation. He plans to sail daily but would like to know there will be a comfortable number of patrons for each trip.

The Miss Avalon sailed Saturday after waiting for the wind to ease. Cpt. Irv reported a cold day on the water, which was to be expected, but that didn’t hurt. The anglers bundled up and totaled 25 keepers. Of those, a couple topped the 5-pound mark, a fantastic start to the season, so let’s hope it continues.

Boulevard Bait and Tackle reported the largest blackfish from the weekend. The catch by Matt Schad tipped the scales, at 19.2 pounds. He was fishing out of Cape May, with Dan Pettit. They attempted to release the fish, but unfortunately, it did not survive. Nice catch on a fish you will surley remember.

Cameron also reported some small striped bass caught from the Sea Isle surf. Paulie, an angler, submitted a picture of one of his catches released for another day. Bloodworms and salted clams are the baits of choice at this moment, but I’m sure that a hungry striper wouldn’t turn down a fresh clam if it was offered.

The Fishin’ Fever, with Cpt. Tom, started the season well. His patrons have been exceptional with blackfish despite the cool water temperatures.

Tom runs a six-pack boat, so it is important to schedule your trip in advance. With that in mind, check May's schedule for sea bass and drumfish trips.

Cpt. Bob, from the Full Ahead, also runs a six-pack boat. He did well on this year's maiden excursion, as his patrons sustained action throughout the day.

Both of the above boats are docked at Utsch’s Marina and have daily charters available for multiple species. Don’t forget to book ahead for a great fishing day.

Higbee’s Bait and Tackle reported that stripers can be caught off Fortescue's beaches. As proof, they reported a 39-inch striper caught by Millville's John Ruggerio. It’s the biggest fish to be caught in that area so far this year. After a quick photo, the fish was released.

The log jam that was figuratively slowing our fishing down finally seems to be loosening. Hopefully, more catches are on the way.

Take care, good luck if you get out, and I’ll see you around.