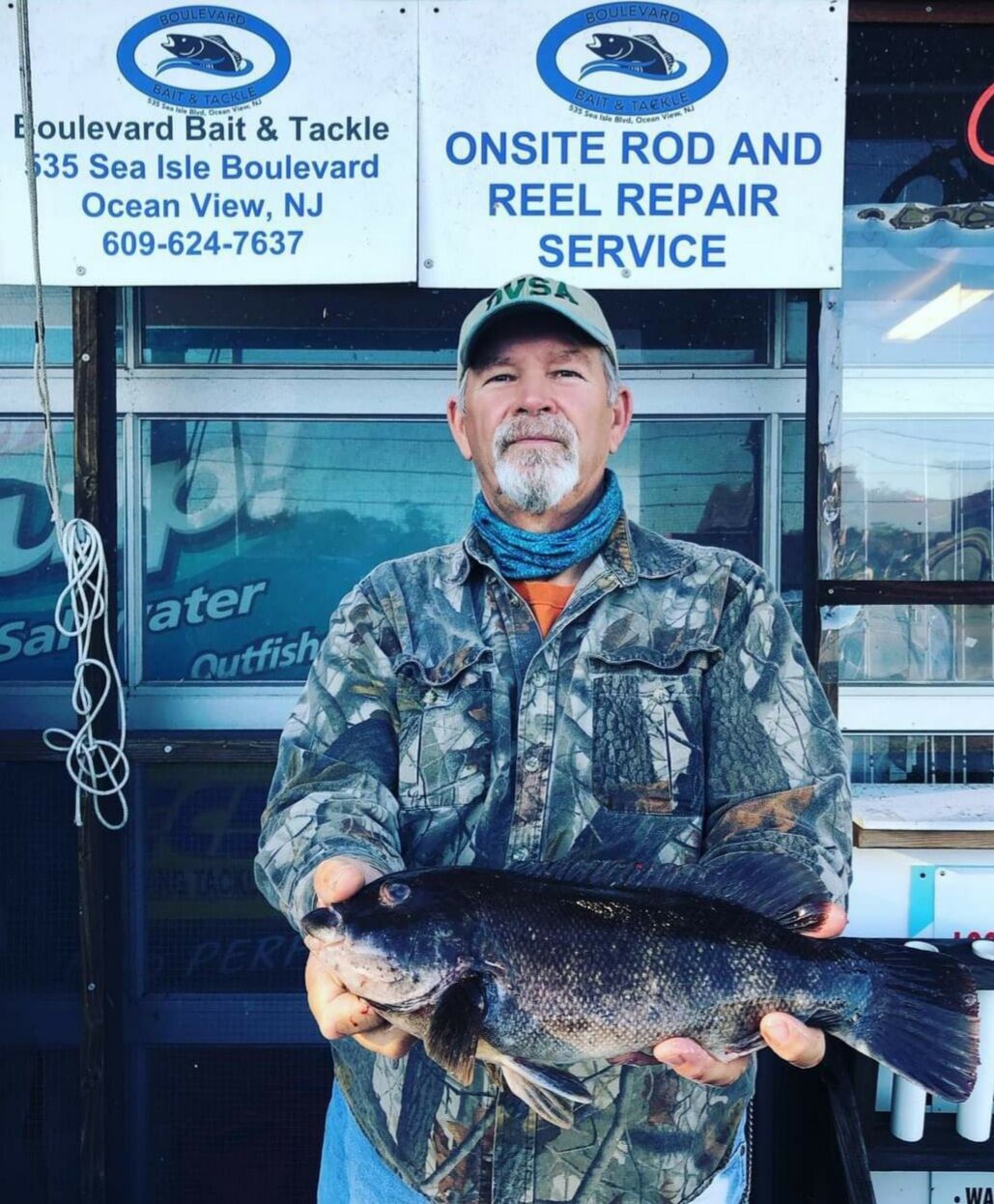 John and a nice blackfish. 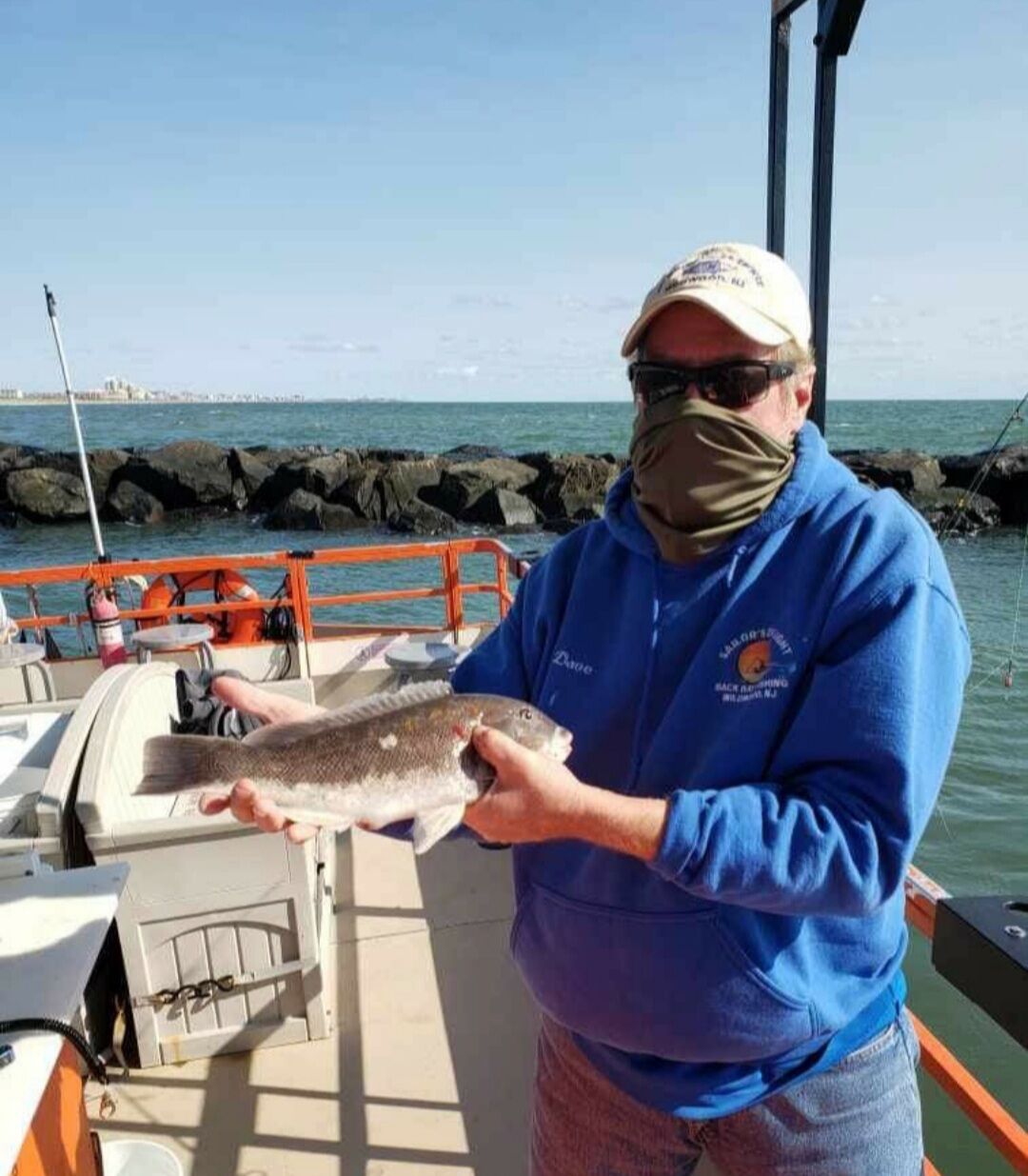 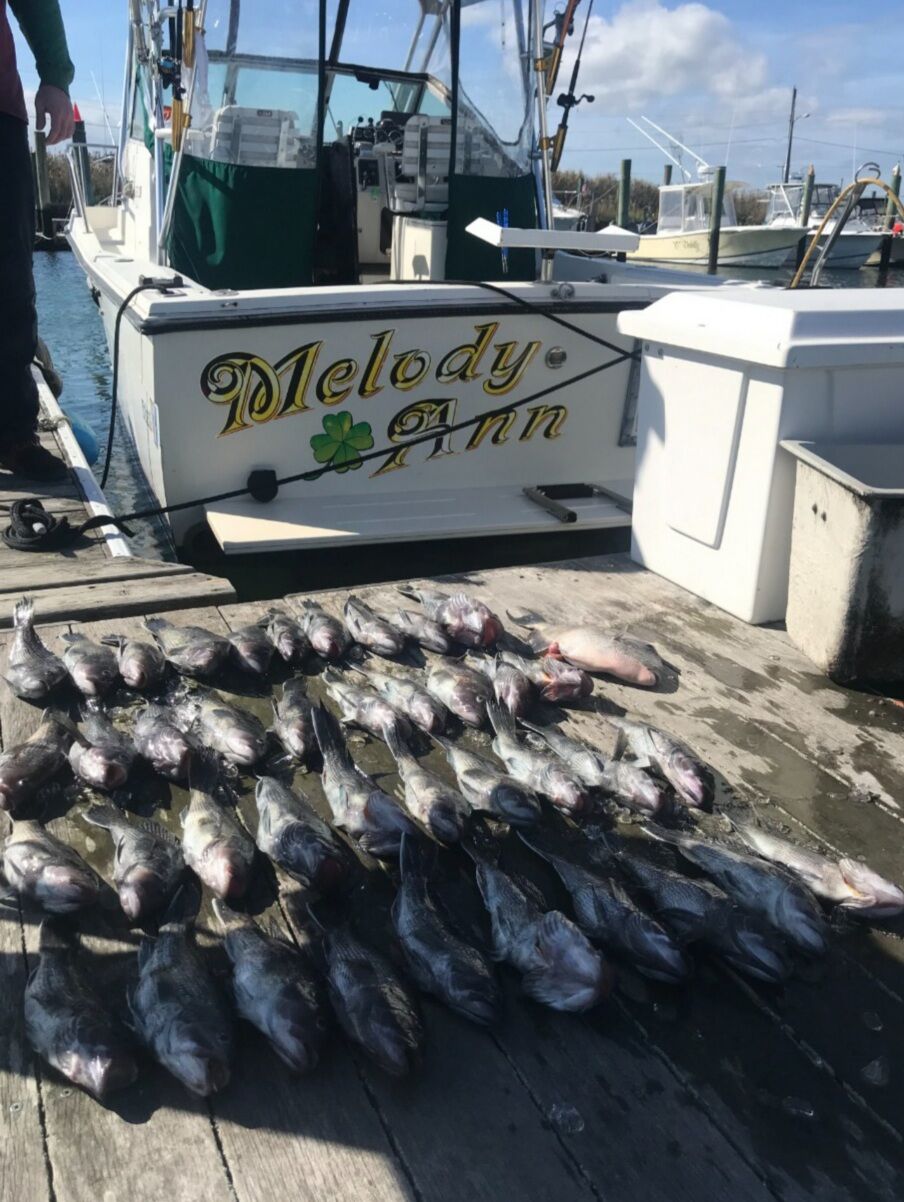 The Melody Ann with a four-man limit of sea bass. 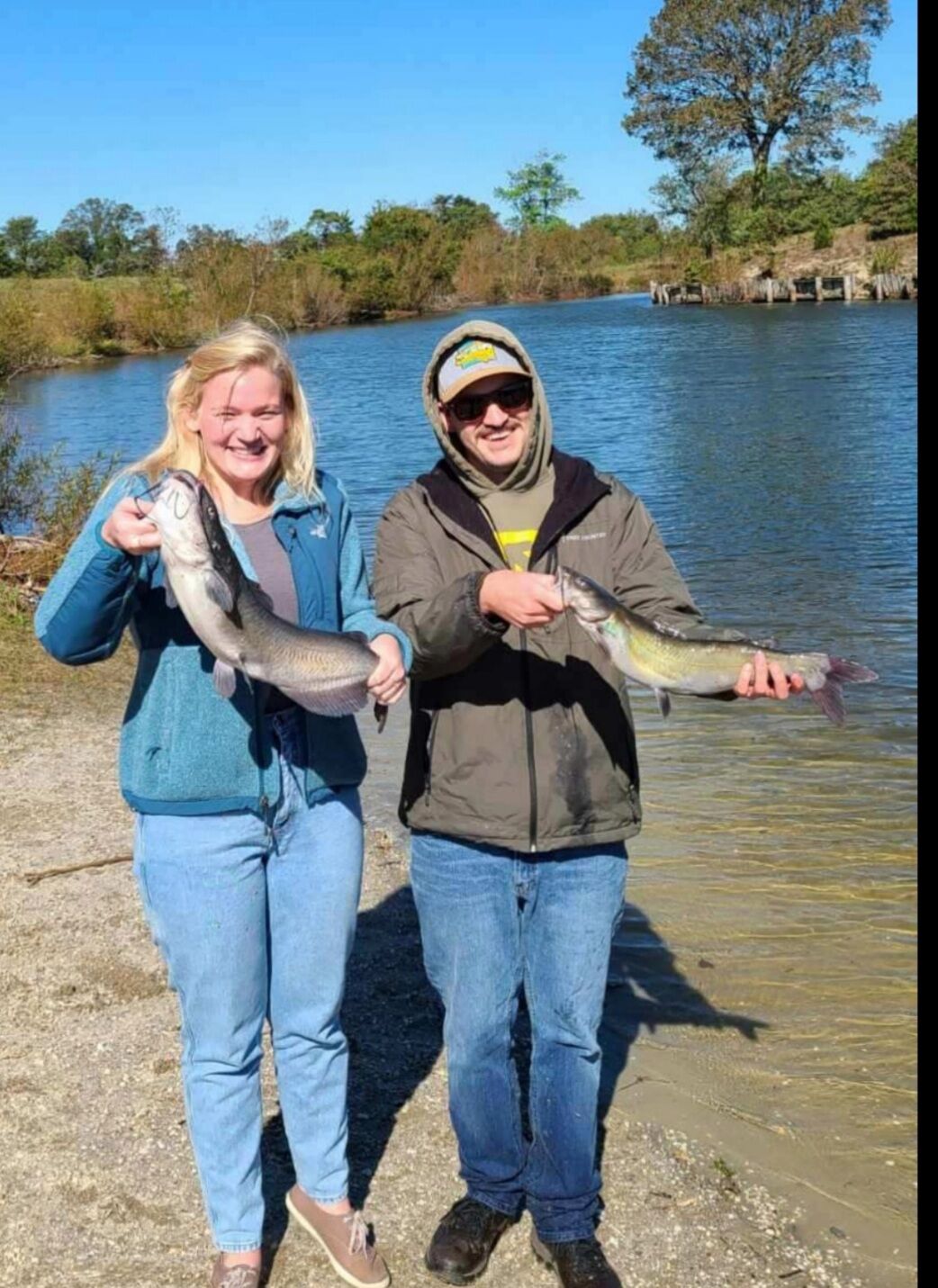 Eve and Eric Ulbrich and their nice catfish.

It was another weekend of Jekyll and Hyde weather - a wet Friday, a sunny, windy Saturday, and a beautiful Sunday.

Fishing was difficult, to say the least, but also, as has been mentioned before, not impossible, and perseverance pays off.

There's freshwater action to report, as well as a new fishing opportunity from a local boat.

The Sea Star III was “plugging” away despite the conditions. Poor weather hindered fishing and led to a partial week, which this time of year is a variable that often rears its ugly head.

Sea bass action is reported as “pretty good,” with the difference being not as many keepers as the previous week. The weather may have played a role in that and scattered the fish to other wrecks. Hopefully, nicer weather will mean their return.

Pools this week went to Frank Servocky, with a 3.85-pound triggerfish, and Tim Wiley, who also landed a triggerfish, which weighed 3.5 pounds. The other pool went to Mike Mowery, who caught a 1.45-pound sea bass.

Capt. Chuck will continue to fish for sea bass through mid-November. At that time, he may look for stripers or focus on blackfish. Only time will tell, so stay tuned.

The Miss Avalon has stayed busy. They've had their patrons catching sea bass and triggerfish. There have also been some blackfish that have come over the rail. Call ahead because their schedule varies during the week, but it’s full speed ahead on weekends.

The Sailor’s Delight is hitting the intercoastal waterway and the side creeks looking for stripers, sea bass, weakfish and other fall varieties.

They now offer “togging trips," which are limited to six anglers. The times vary based on the changing tides. They had success with their early trips.

As a pontoon boat, they don’t head to the ocean looking for wrecks. Instead, they visit local rock piles and get close, therefore you can get to where tog are lurking. Give them a call, at (609) 827-8309, to find out when they’re sailing and to grab a seat.

The Porgy IV is heading out regularly as the fish for sea bass. The rainy Friday kept them and others at the dock. Saturday was “rough and windy,” but many anglers caught their limit.

Two of those, Joe Bullock and John Ricardi, split the pool. The “good action” continued Sunday and Monday, as most anglers had their limit.

Sam Citron won the Monday pool with his largest sea bass a part of his limit. Tuesday was also great, as many fish were caught and measured. The results were that more than enough were legal, and 17 anglers left the boat with limits.

The Miss Chris reported that sea bass and triggerfish are still biting, and their patrons are busy. They will sail Thursday through Sunday, at 8 a.m., for four-hour trips until Nov. 1. In November, they will focus on wreck fishing, so prepare for the change.

Bayhound Charters, with Capt. Al, took Rob Lukens and crew out over the weekend. The ocean was “very rude,” but the guys managed to get their limit and also catch some triggerfish. A trip from a few days earlier produced sea bass, blowfish, weakfish, bluefish, triggerfish and a drumfish. There is plenty of life out there if you can get out and wet your line.

The Fishin’ Fever and the Full Ahead, two charter boats out of Utsch’s Marina, have been doing well on their sea bass charters. They have been returning with boat limits of sea bass and reports of nice “shows” of whale sightings.

Sea Isle Bait and Tackle reported that Dom V. checked in with a nice blackfish that weighed 5 pounds. They also mentioned that Charles W. reported great striper fishing behind Avalon. Fishing in the morning with live Spot was the hot combination.

No Bones Bait and Tackle reported that sheepshead are still in the area. One unknown angler landed an excellent fish. There was no weight listed, but from the picture, I would estimate it weighed between 10 and 12 pounds.

They also reported keeper stripers are around if you can get through the shorts. Sea bass are feisty and can be caught when the conditions are favorable.

Multiple correspondences arrived this week. One was submitted by Mary Ulbrich concerning her children, Eve and Eric. They each caught a nice catfish from the Ponder Lodge, in Lower Township.

The other was from Nick Rambo and the Melody Ann's crew, who sailed from Bree Zee Lee Marina. They had a four-man sea bass limit, plus one triggerfish. Thanks to both parties for reading and submitting their reports.

There is a lot of great action when the weather cooperates. Best of luck if you get out, and I’ll see you around.