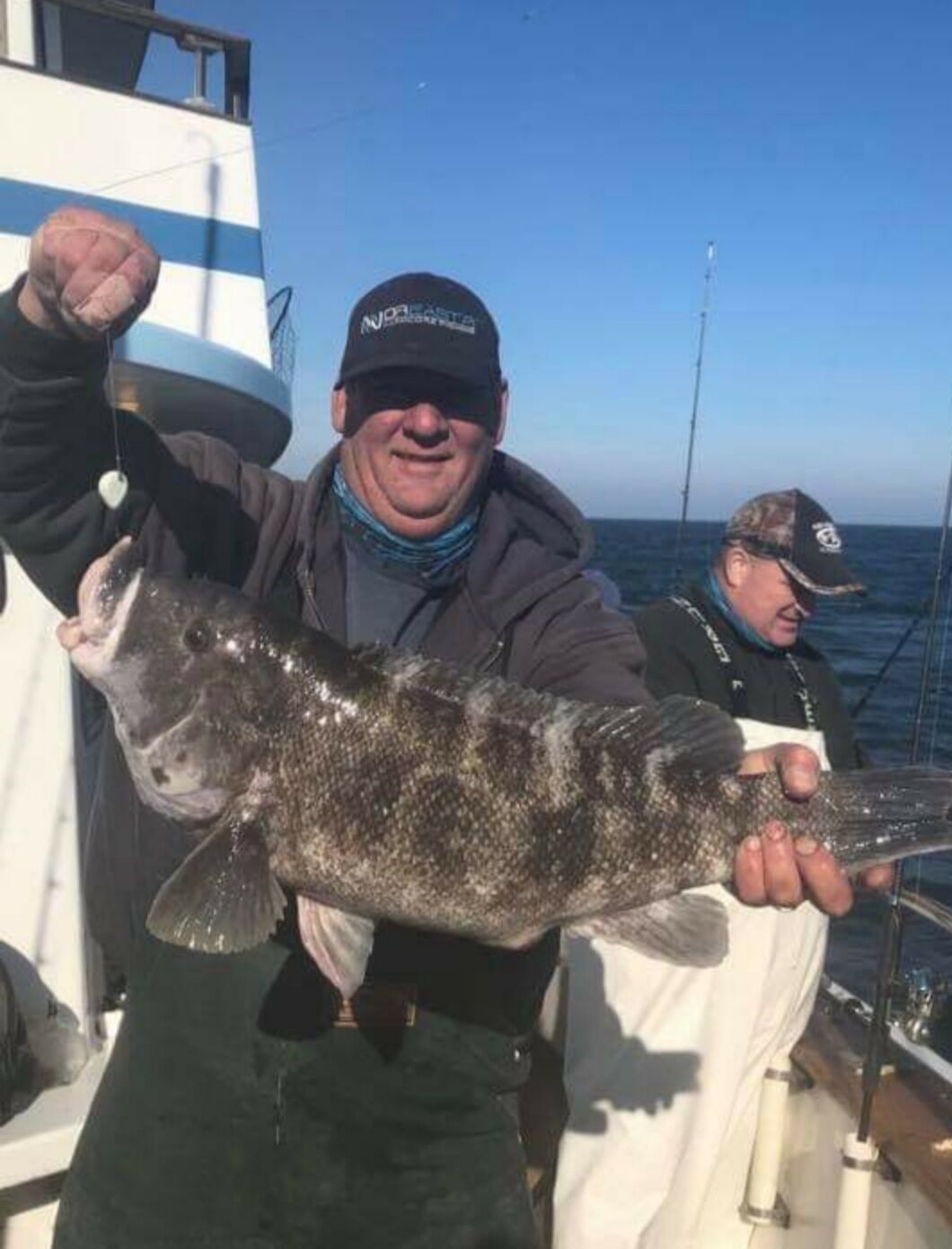 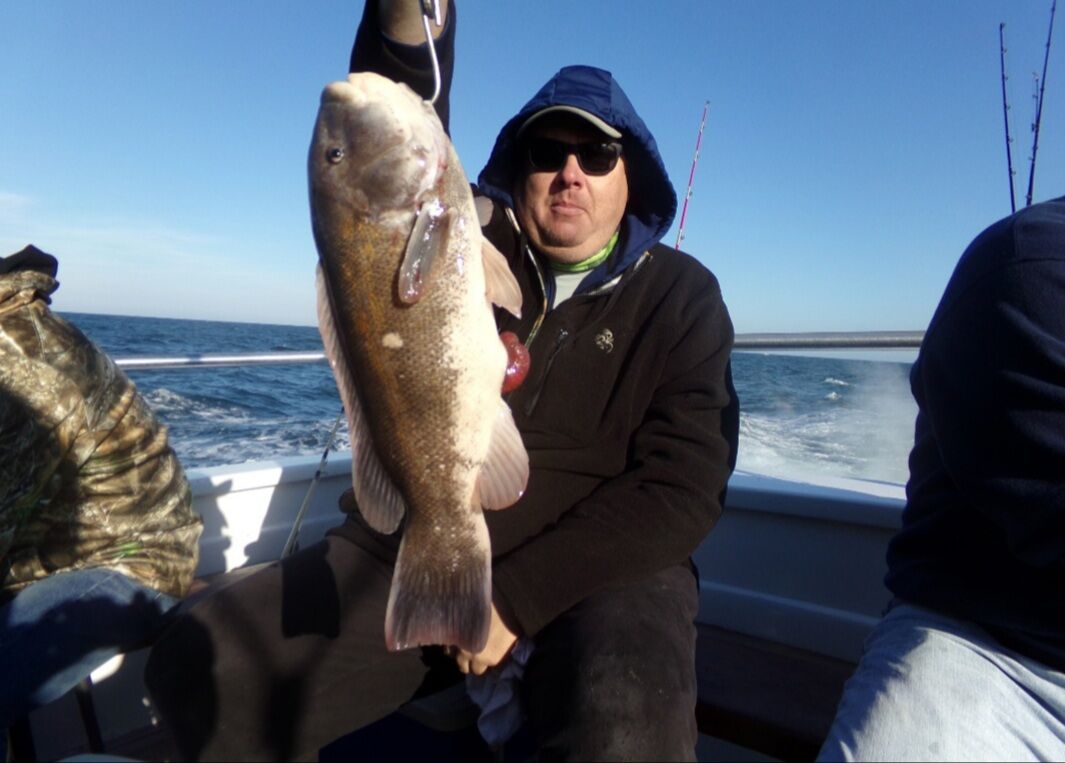 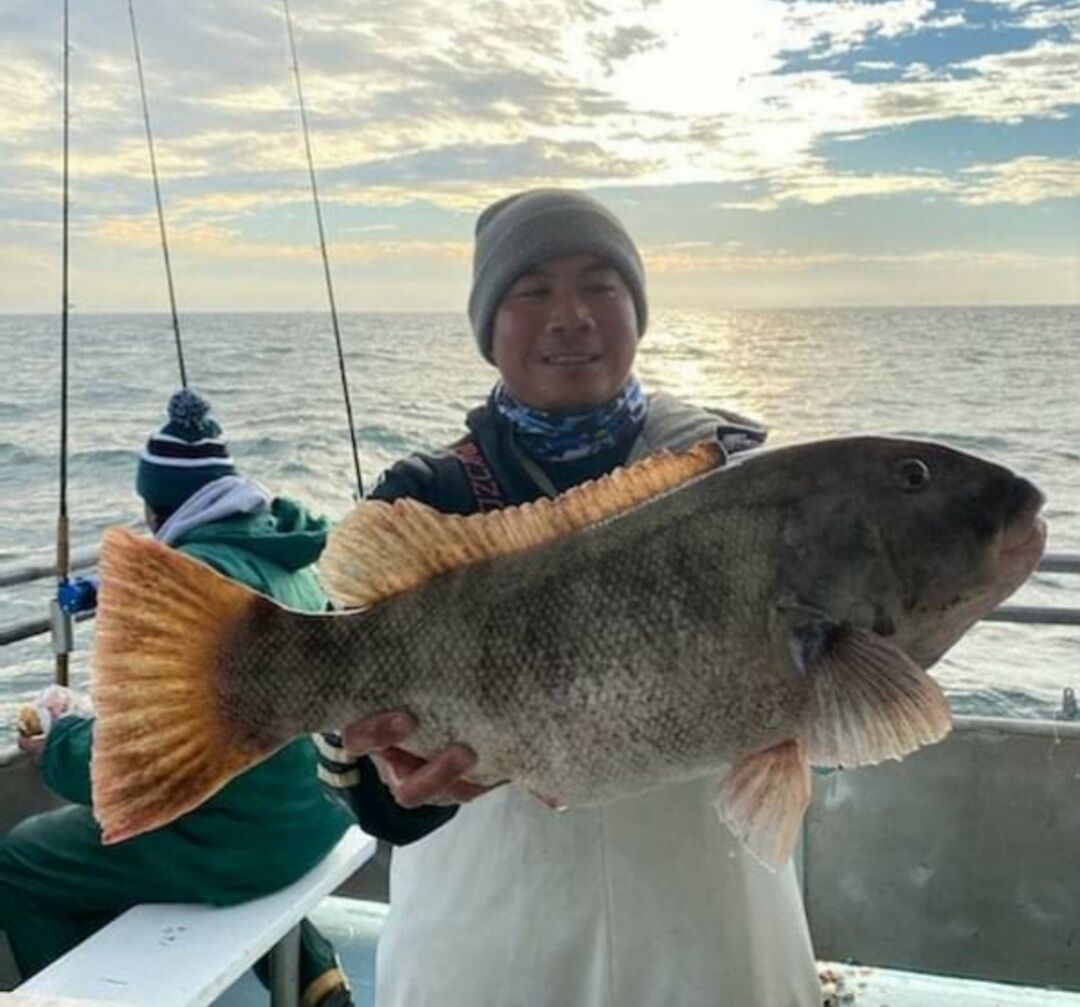 A nice blackfish for this angler. 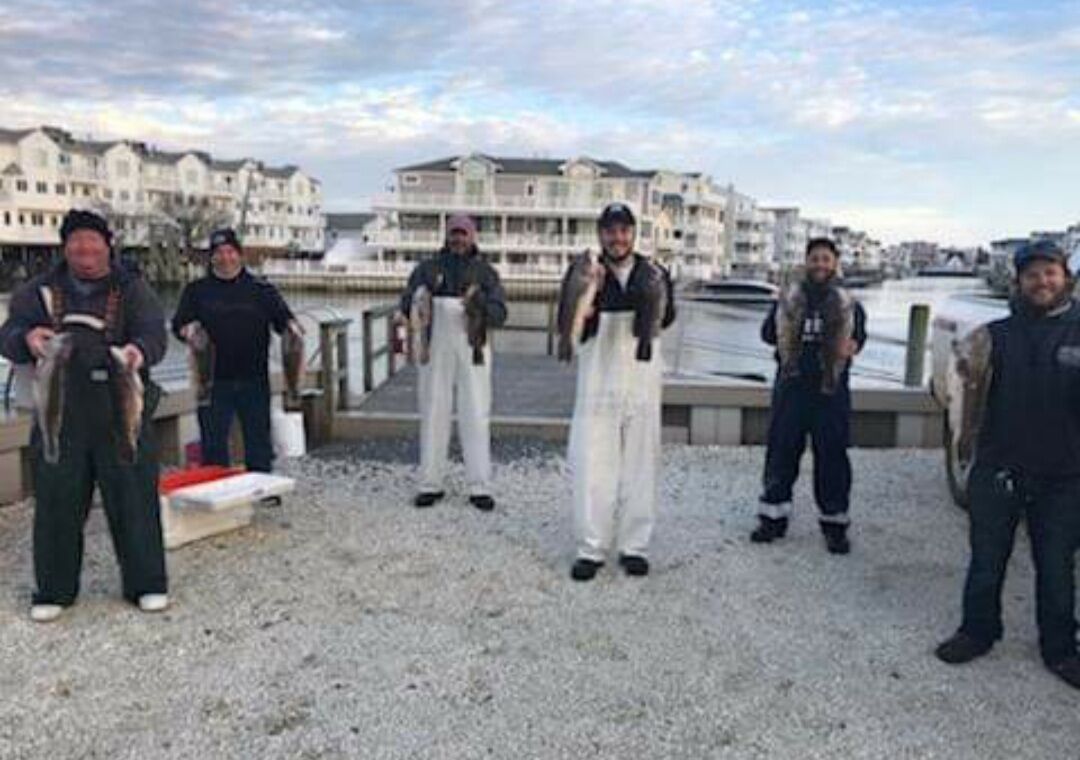 Happy anglers with a portion of their catch.

Hopefully, your shopping is just about over, but if not, remember to consider local businesses, not only for your fishing and boating needs but for other gifts.

Blackfish were the center of recent fishing endeavors. Stripers haven’t regularly traveled near the beaches for the surf anglers, and bluefish have been almost non-existent. Beyond that, some sea bass are still being caught by those hitting the wrecks and reefs for the aforementioned blackfish.

Some big fish, weighing double digits, stood out this week. For anyone targeting blackfish, you’re not only looking for the challenge of the bite and resulting fight, but the chance to land a fish over 10 pounds.

The Porgy IV has been on the big blackfish recently, as fish weighing 13.5, 12 and 11 pounds were recently caught. Two of these were caught on the same day, which caused a 12-pounder, caught by Tim Wittig, to lose the pool to a 13.5-pounder, caught by Joe Zagorski. These anglers displayed great sportsmanship by releasing both fish. They have pictures and memories, and the fish have another day to swim and spread their genes to another generation.

The following day saw Randy Goble catch and release a pool-winning, 11-pound female blackfish. Randy received good karma, as he was still able to catch his limit, as did his brother, Jay. Sean Horner joined in with another large blackfish, but no weight was given.

The Sea Star III wrapped up their 2020 season by finishing on a high note. Gary Agness was the year's final pool winner, as he finished with a 4.6-pounder. Other highlights went to Joe Collins, who had three keepers, and Vinny Sallustio, who landed his first keeper blackfish.

Capt. Chuck and the crew want to thank and send well wishes to everyone who worked together to get through the challenging but fun fishing season. I thank Chuck and the crew for their steady supply of reports and pictures, plus wishes for a restful break. See you in spring.

The Miss Avalon finished their 2020 season, too, with two strong trips. Their mid-week trip saw a boat limit of keepers caught, as all 12 anglers limited out. The trip was termed to be “non-stop action all day,” and the heaviest fish of the day tipped the scales at 6.46 pounds.

The Dec. 12 trip was more challenging but still rewarding, as many blackfish and some sea bass were caught. Most anglers went home with fresh fillets for the table.

Capts. Irv and Brandon thank everyone who sailed on the Miss Avalon and the Avalon Lady. They appreciate all who fished, crabbed, went on one of their various cruises, or spent a week or more at one of their summer camps. I thank them for their weekly pictures and reports. Enjoy your time off, captains, and I’ll see you in April.

The Starfish had a nice weekend stretch by reeling in blackfish. The two biggest fish were probably in the 8-to-10-pound range. The Starfish continues to sail, so give them a call, at (609) 263-3800, or book your trip online, at starfishboats.com.

Avalon Hodge Podge recently closed for the season. Thanks go out to Tammie and Dave, for the pictures and information they provide for the column. Have an enjoyable break.

Don't forget that if you plan on fishing for striped bass while using natural baits, beginning Jan. 1, you must use in-line circle hooks that do not offset. This means your barb and hook point must be in a straight line with the hook shank. If looked at from behind the shank, the barb and hook point would be in line and not sticking out to either side.

This regulation was approved in 2019, with states not being required to enact it until Jan. 1, 2021. The goal of this regulation is to reduce the mortality rate in fish released by anglers participating in the recreational aspect of this fishery.

Fishing is slowing down as more boats called it a season. Fishing is still productive for those running, so if the mood strikes you, you know what to do. Call ahead, make a reservation, and get to the boat at the appointed time.

Take care, enjoy the holidays and I’ll see you around.