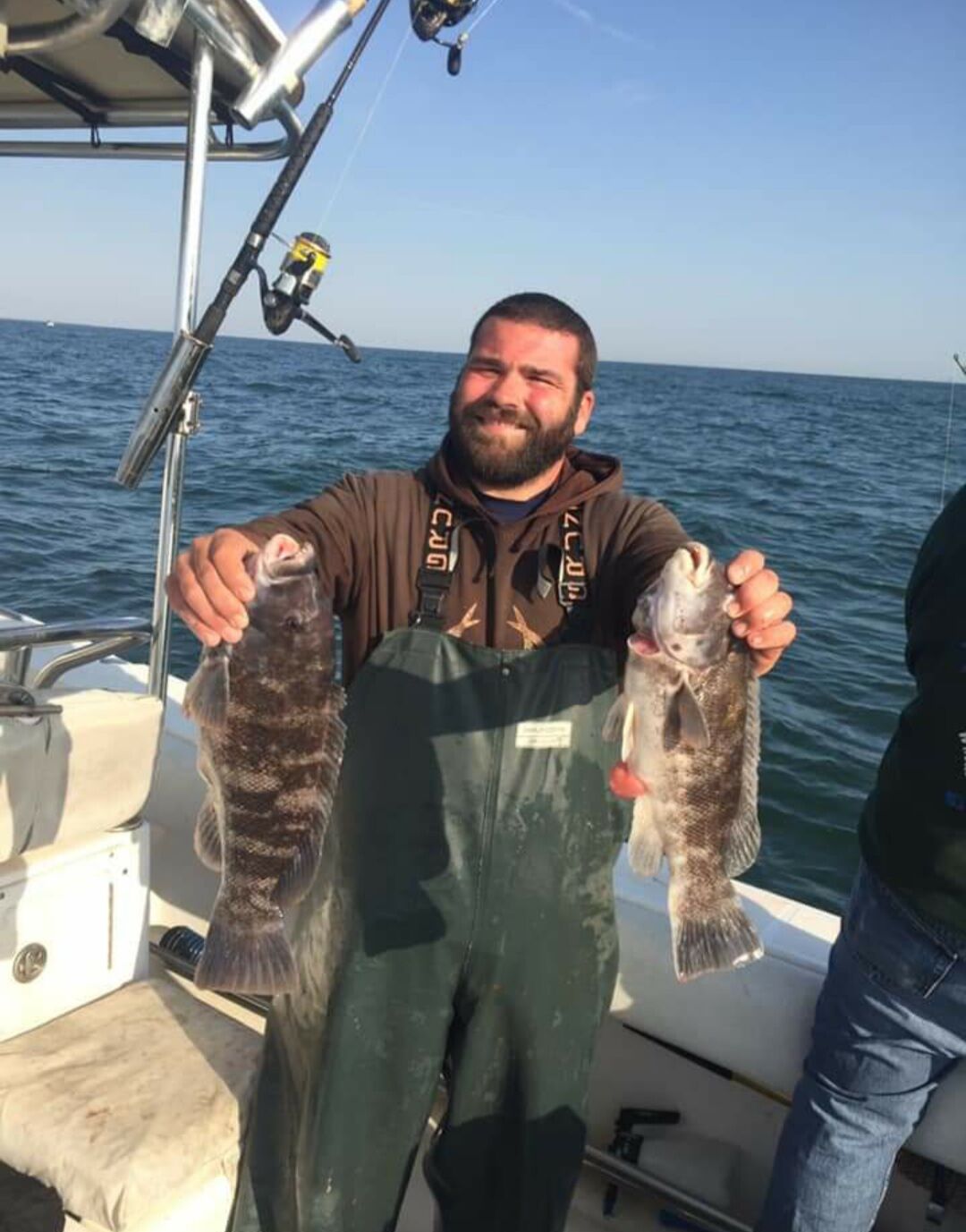 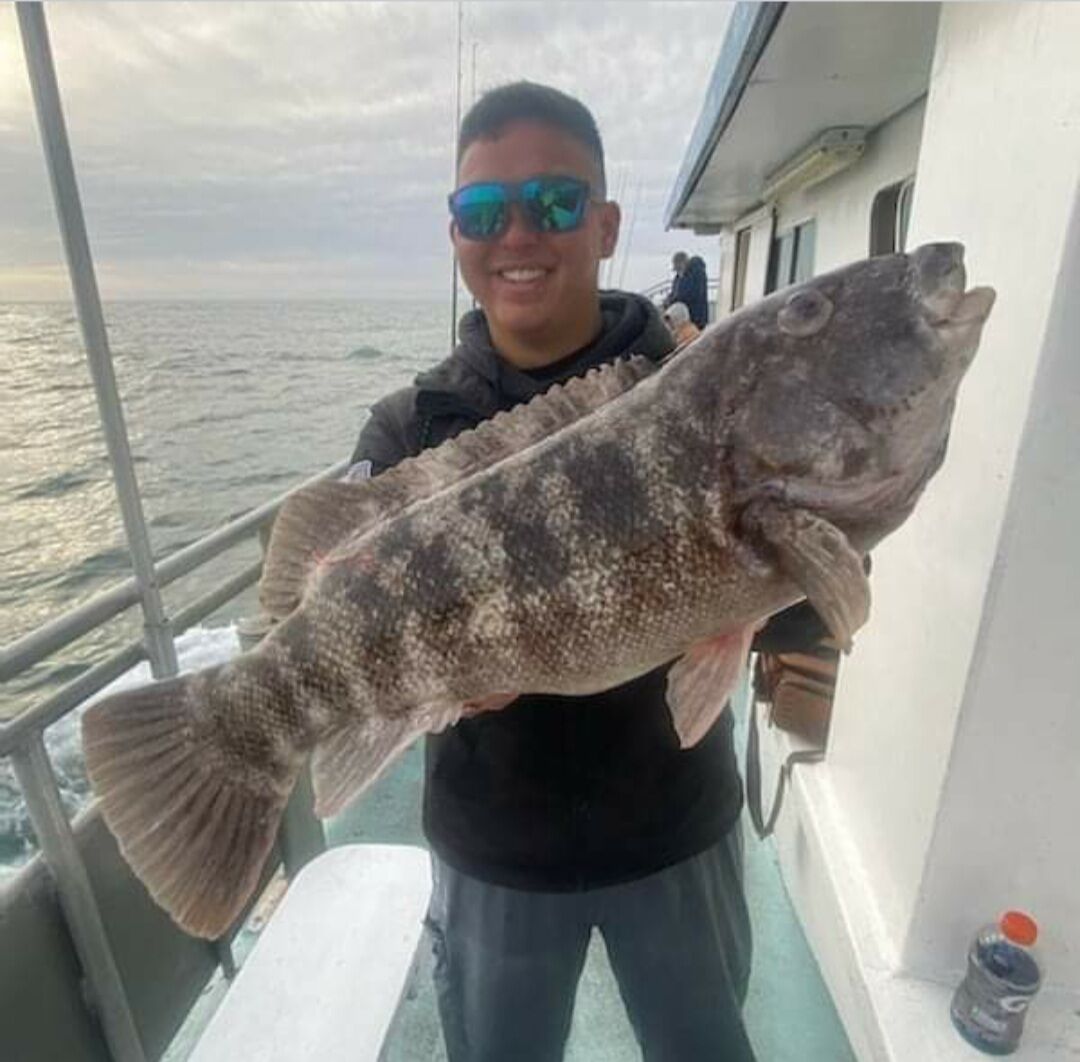 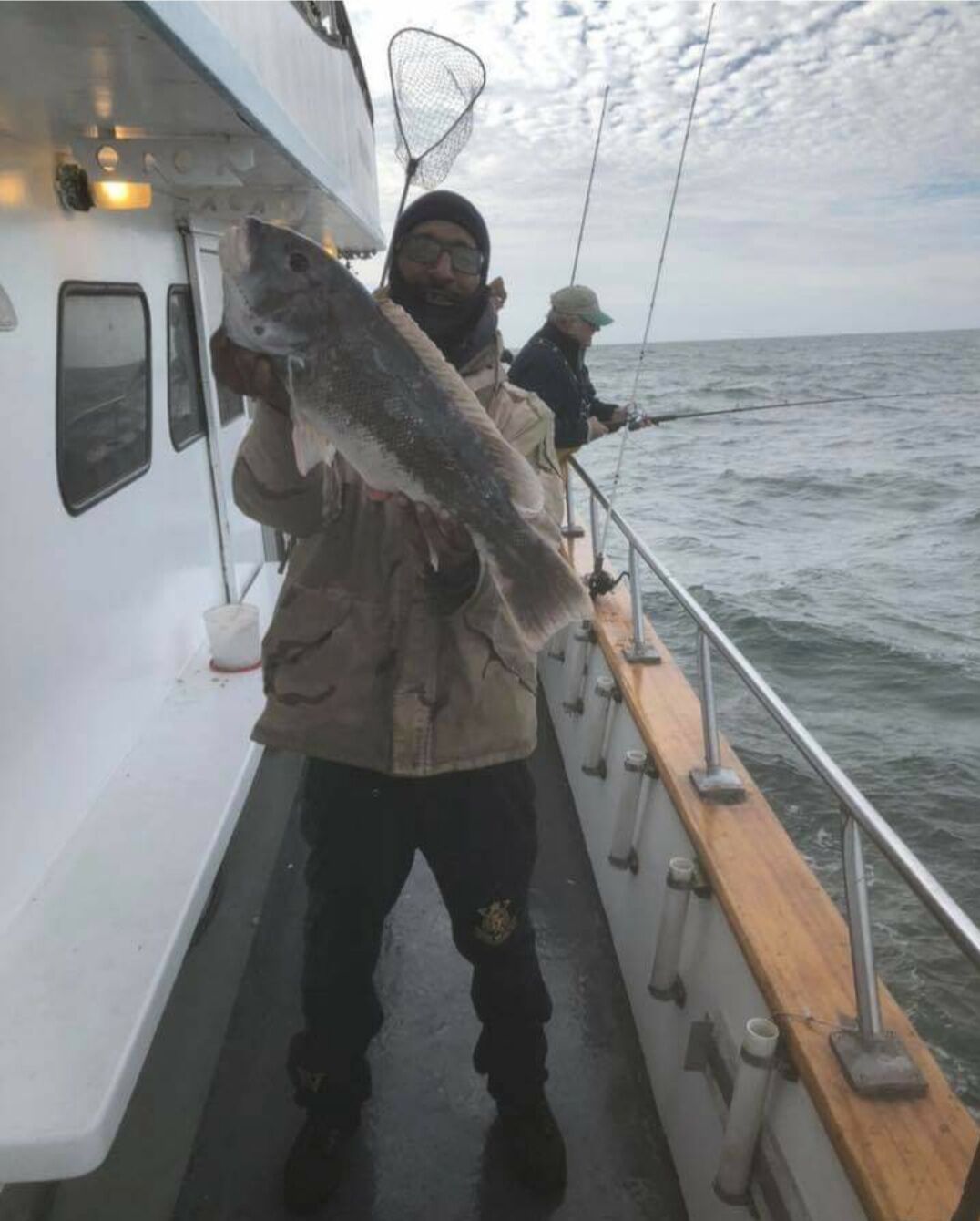 Everitt Fleming and a nice blackfish. 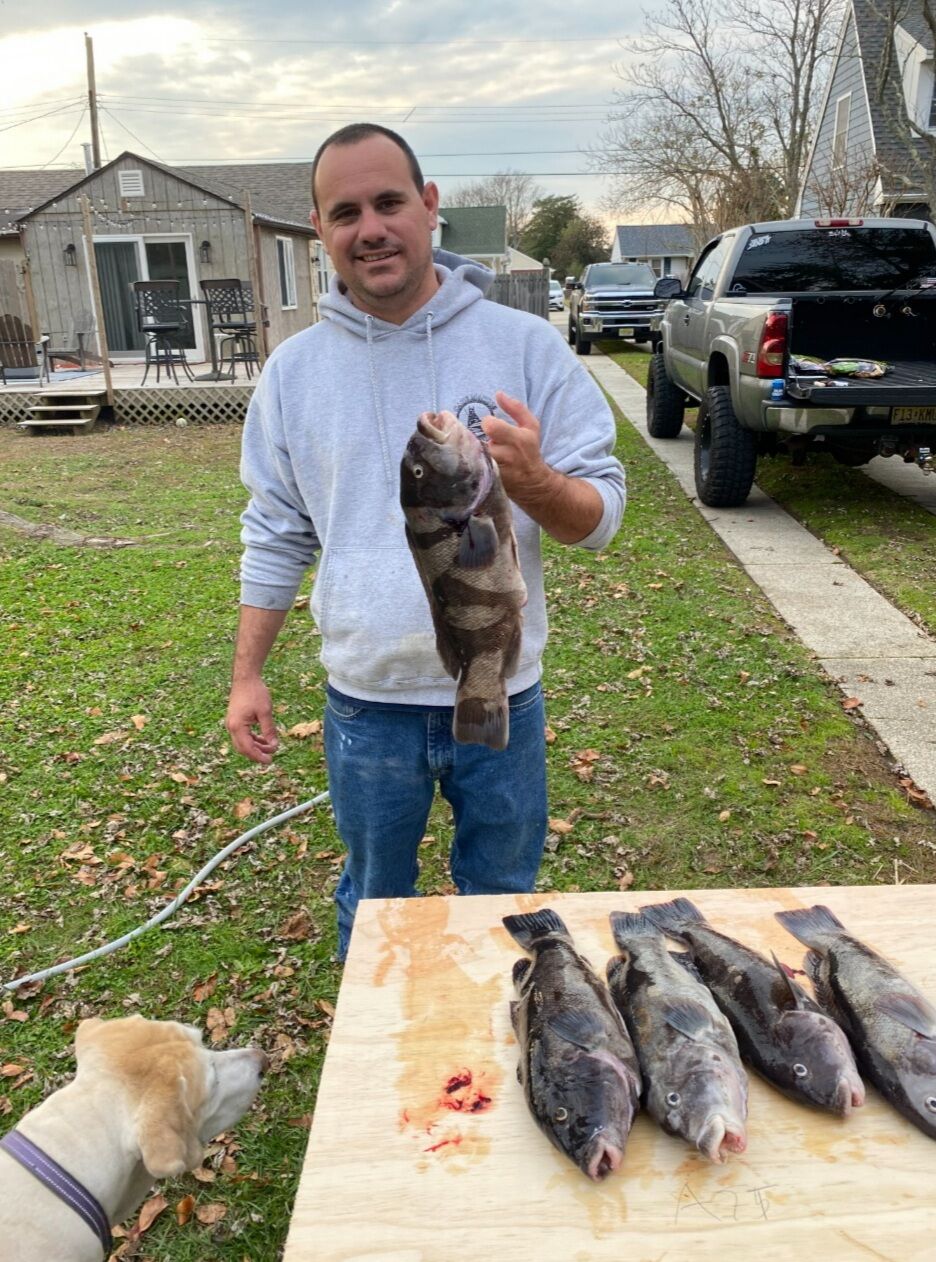 A nice catch of blackfish from the All Hanked Up II.

It’s nice to report that the local boats are back on the water after some time spent at their respective docks.

After the boats reached their desired areas to fish, their patrons were rewarded with a nice variety of fish.

How about the conditions, especially for Nov. 21? It was like a mid-September day - warm, calm and comfortable - rather than a week before Thanksgiving. It was so calm that it made for a challenging time anchoring.

A little wind is a definite advantage for a captain, in that it aids the boat in maintaining its position over whatever structure they are fishing. Regardless of that minor inconvenience, plenty of nice fish were caught, and many anglers went home happy.

The Porgy IV was busy with a great weekend of fishing. Blackfish were the top catch, as they are the focus of Capt. Paul’s efforts. Many limits were achieved, as Don Mark, Dave Thompson, Joe Gomez and Rob McHugh led the way.

The Thanksgiving-eve trip was led by Everett Fleming, who caught his limit including a nice large blackfish. A few other anglers reached limits that day. Anthony Foglio and Anthony Marchei Jr. won daily pools.

Anthony recorded the largest blackfish of the season, as he landed a 9.25-pound fish while fishing Nov. 21. Congratulations on an impressive fish, Anthony.

The Sea Star III was also out on the water hitting the haunts of the sought-after blackfish. When they got away from their berth, the action was described as being “fair to good." They had keepers and many small fish, which sounds encouraging for the future of this speices.

Pools through the weekend were won by anglers catching blackfish, which were Frank Servocky, with a 3.25-pounder, and Ian Meers, with a 3.55-pounder.

The Sea Star III will continue to sail through Dec. 12. They will also continue to run on their familiar 9 a.m. to 3 p.m. schedule.

The Miss Chris, who was out over the weekend, including Nov. 21, reported nice blackfish and sea bass catches. They are running eight-hour trips.

The Fishin’ Fever and Capt. Tom recorded their first blackfish trip of the season and had a great outing, as they had a group limit of blackfish and some triggerfish.

The Fishin’ Fever is currently fishing from Atlantic City. Capt. Bob reported great results from a recent blackfish trip. They reached their limit before noon, and by day's end, they released three double-digit fish that are still swimming.

The Cape Queen is staying busy with recent trips for the Gernert and Casciano families. Many sea bass and porgies were caught, and even a large bluefish showed up. You can book a trip by calling Capt. John, at (267) 889-7143.

We're also sending our best wishes to Capt. Mike, who is having a health issue, and we hope he heals up quickly and gets back on the water.

Bayhound Charters Light Tackle Sportfishing had noteworthy fishing on recent trips. They had great results while angling for blackfish and followed that by catching nice striped bass.

A few of those stripers were in the 44-to-55-pound range. Fish of that weight are from fish well over the legal limit. They were released, but it’s tough to release a fish like that, as it may be a fish of a lifetime, but hopefully, it passes those genes to another generation.

First Fish Adventures, with Capt. Zig leading, recently took out Dan Persa, son-in-law Chris, and grandson Colt for a nice striped bass outing. They had a great time and caught five stripers. They also tagged two 24-inch slot fish. Following the progress of these fish as they migrate, grow and are re-caught is an interesting process.

The Miss Avalon was out over the weekend and was rewarded with nice blackfish, triggerfish and some excellent-sized sea bass catches. The high-hook Nov. 21 had four blackfish for the freezer, while another angler, Zachary, acquired the pool winner, a 3.6-pound blackfish.

The Miss Avalon is sailing during the weekends and also on various days during the week, usually either Tuesday or Thursday. Call ahead to find out their schedule. Their pre-Thanksgiving trip resulted in a great fishing day. Fish were being caught around the boat, and everyone went home fulfilled.

Capt. John has been taking the Starfish out on some prolific blackfish outings. They have been catching many nice fish, including some triggerfish. One blackfish was a nice one, but no weight was listed for it - it was probably at least a 10-to-12-pounder. Paul Tomaski, an angler I know, caught his limit during a recent weekend outing on the Starfish. Nice job, Paul.

The Cape May Lady is on a roll, too. They have been catching plenty of blackfish, and a recent outing by a charter produced plenty of big sea bass and large porgies. Call ahead to check out what days they will be sailing.

Thanks to Nick Rambo for submitting a word and a picture of the recent trip for the All Hanked Up II's two-man crew. Their fast hour and a half trip resulted in five nice blackfish. Great job, and thanks for sending.

As you can see, there are fish to be caught if you get the chance. Good luck and I’ll see you around.