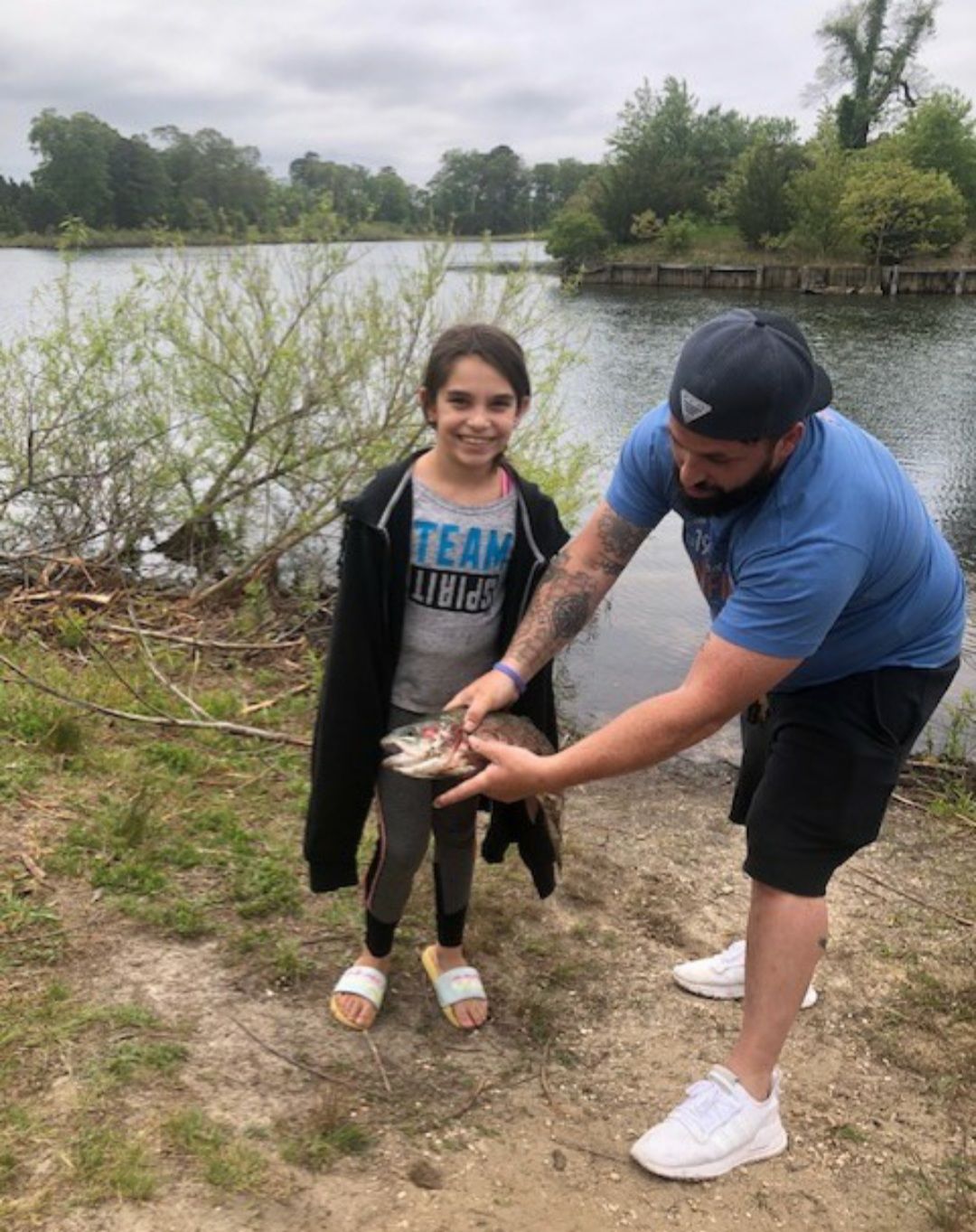 Brooklynn and her dad with her big trout. 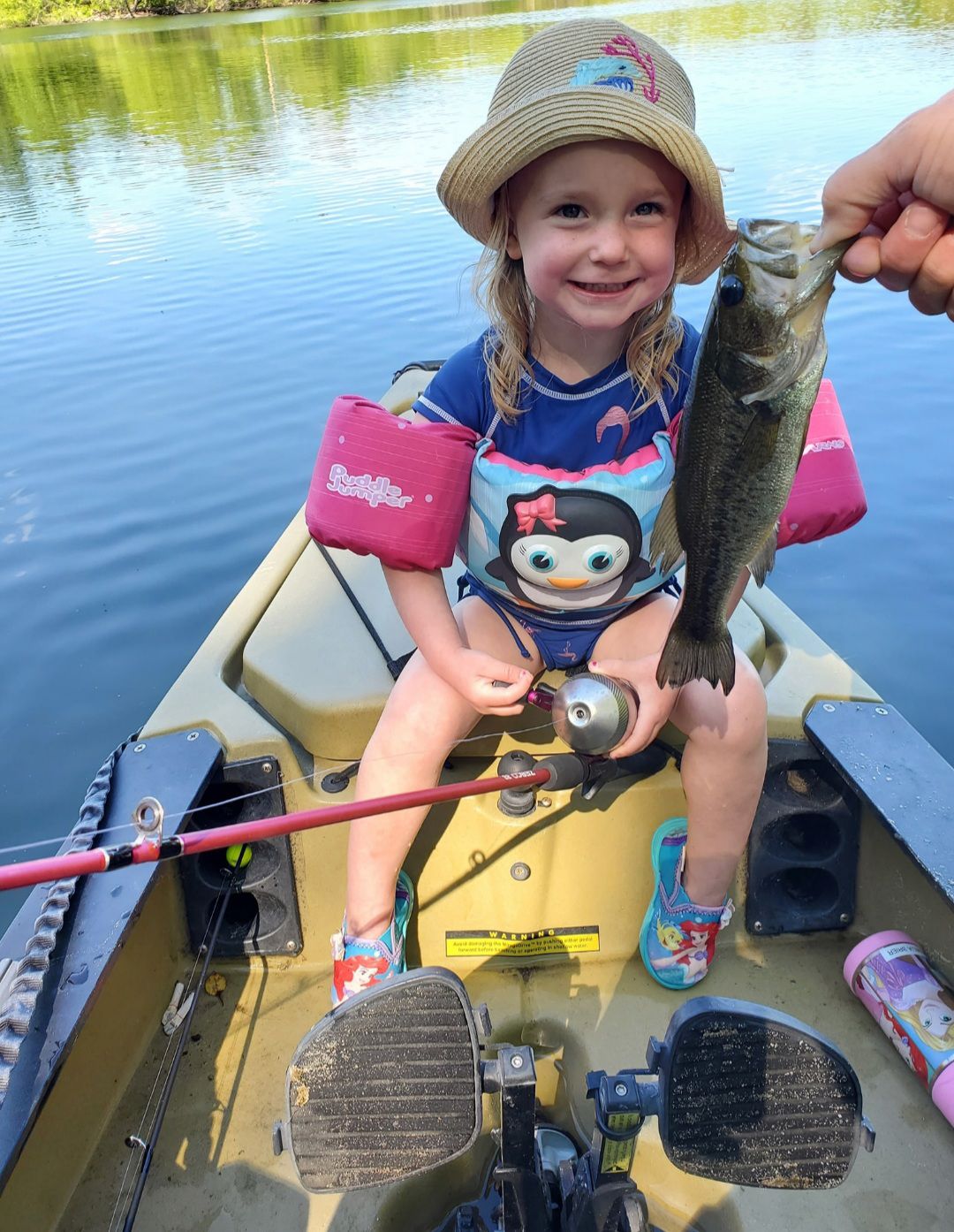 Emilia and her largemouth bass. 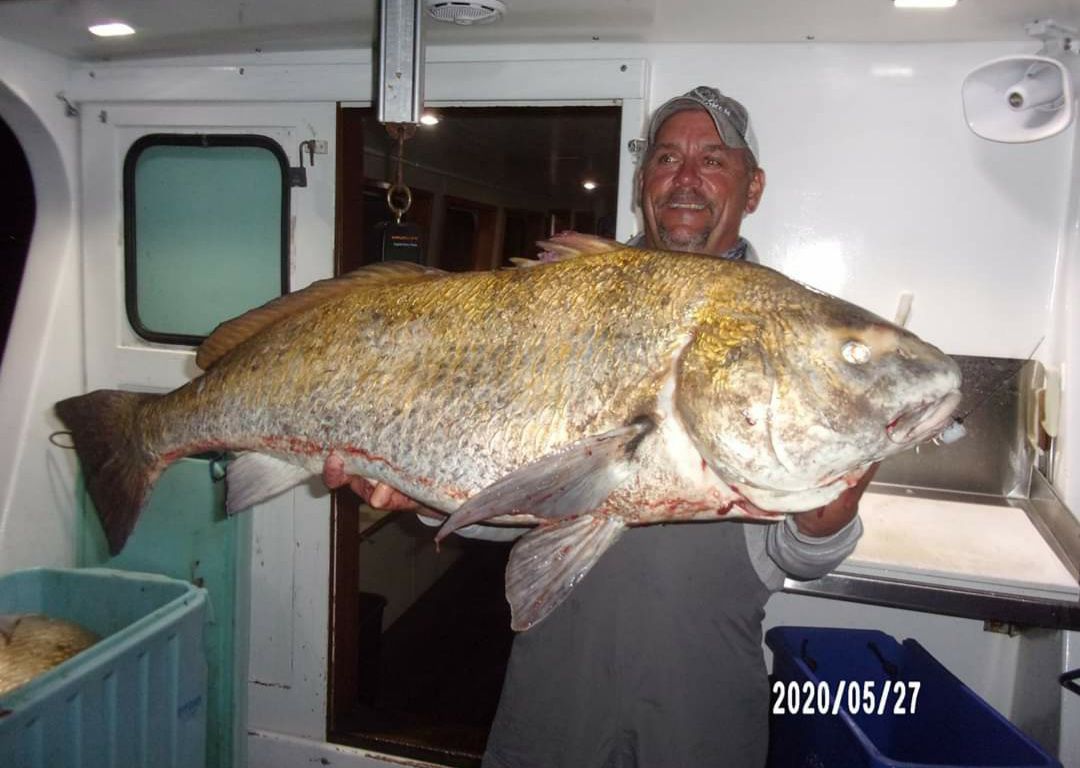 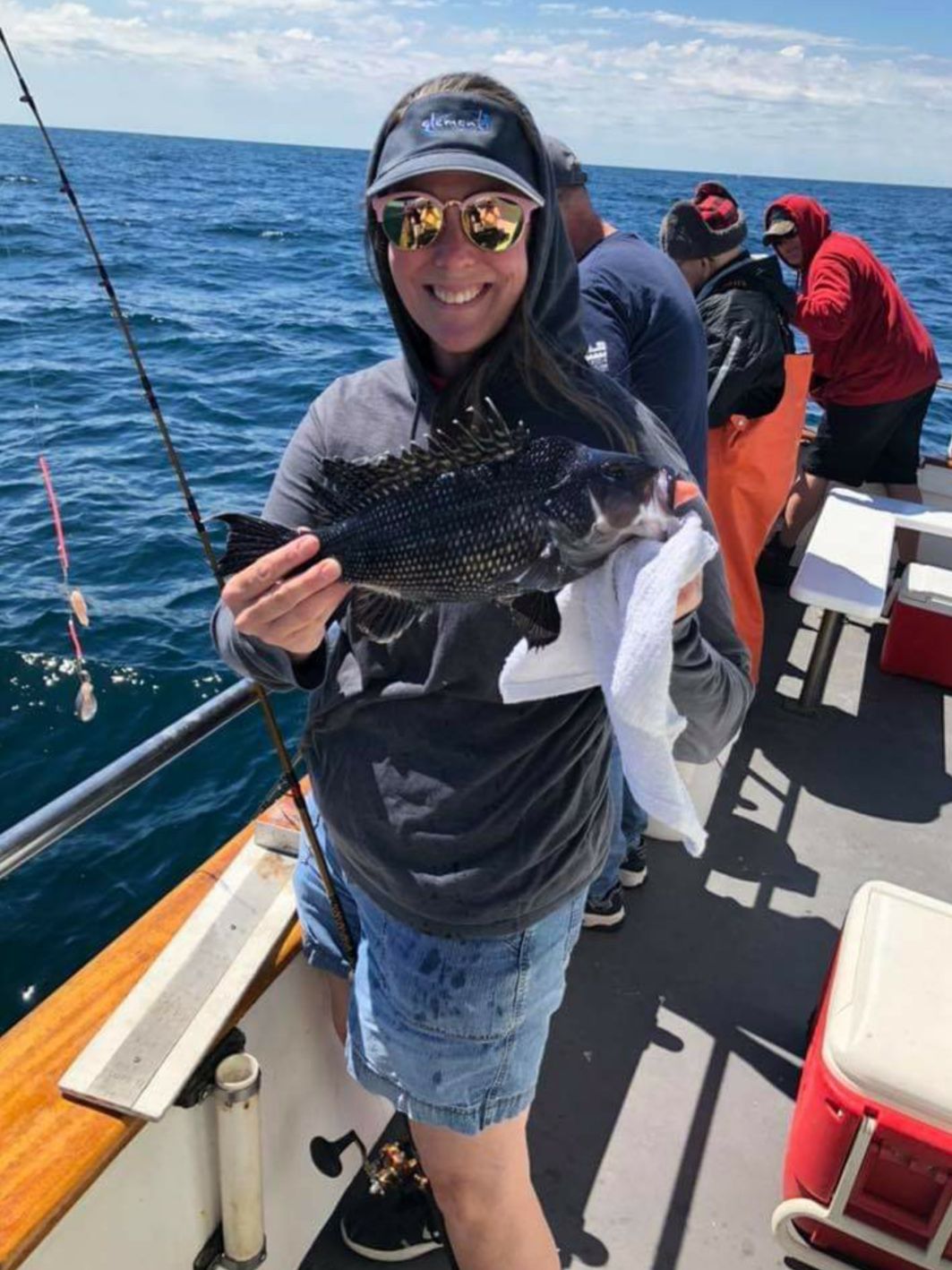 The nice weekend weather allowed for outdoor water-based activity. Many people were outside, which created unbelievable scenes on the local waterways.

I had to run into Wildwood recently and could not believe the amount of boat traffic on the George Redding Bridge's southern side. A few minutes later, we passed a busy Sunset Lake. People were enjoying themselves, and some got to fish.

First, congratulations go out to Joe, who landed a 30-inch striper from a local beach May 31 when I happened to be walking by. From talking with one of his friends, John, it seems it was Joe’s first keeper striped bass. The timing couldn’t have been better to see him catch the fish and get a story that was, as people say, “hot off the presses."

The Miss Avalon is focusing their daily trips on sea bass, but they're also starting to pull in keeper flounder. They are starting to run two trips a day, plus their five-hour Sunday trips. They are running on a first-come, first-serve basis, as the crowds become larger, so you should arrive around 7 a.m. to grab a seat on the rail. Call (609) 967-7455 for more information.

The Avalon Lady has been successful while flounder fishing in the back bays. They have been catching bluefish and weakfish also, so you're likely to have a fruitful trip.

The Bayhound had nice trips recently, highlighted by one particular sea bass excursion. Many keeper sea bass were caught, and one trip was highlighted by a 14-pound blackfish caught by Capt. Al’s son, Jimmy. The fish, which was out of season, was quickly returned to the water. I’m sure the crew will be looking for that fish this fall.

The Starfish, out of Sea Isle City, has been heading out for sea bass and is doing well. A lot of sea bass have been finding coolers, plus ling have also been caught. It won’t be long until some flounder are also caught, which will produce a solid mixed bag for those anglers. Call (609) 263-3800 to check their schedule.

Boulevard Bait and Tackle continues to weigh striped bass and flounder. Notable stripers went to Paulie, who beached a 29-incher, and Gary, who weighed a 17.7-pound, 34-inch fish. Jayden caught and released his first striper ever. It was under the legal limit, but I’m sure the thrill was over the top. They also report bluefish and some weakfish moving through the back bays.

Casey stopped in to weigh her 3-pound flounder. William, a young angler, caught some bluefish during a feeding frenzy while fishing in the back.

Sea Isle Bait and Tackle weighed a flounder for Casey (2.4 pounds), Gavin (4.3 pounds), and a 6.3-pound fish for Joey, Franny, Timmy and Fran, who were fishing as a family.

Abby, Tucker and their mom also stopped in with three keepers, one weighing 3.5 pounds. Aleesa and her dad, Scott, stopped in to weigh their drumfish, which topped the scales at 42.5 pounds and was 41.5 inches long.

Avalon Hodge Podge had anglers stopping in with some nice flounder, as the back bays stayed hot. The biggest of the week went to an angler named Bryan. No weight was listed, but a safe estimate would put it in the 5-pound range.

The Sailor’s Delight has done well on both their morning and evening trips. The evening option just kicked back in over the weekend, and several keepers were caught before the first trip was completed. These 5-8 p.m. trips will be available daily when the season opens in full force.

Now back to those morning trips that produced flounder, both keepers and shorts, plus some keeper weakfish. Pick your favorite time to fish and head to the dock, or call (609) 827-8309 for trip information.

Peace Token Fishing Tackle has their hand-tied custom fluke hi-lo rigs and Salt Bug sea bass jigs available for purchase. Now's the time for these, as flounder and sea bass are in season and the local charter and head boats, as well as private boats, are sailing for them daily.

Grassy Sounds Marina recorded some nice catches, which were led by two 6-year-old fishermen. Logan Mitchell caught two keepers to out-fish his father and uncle, while Myles Dettrey caught his keeper while fishing from the pier at the top of the tide.

Sterling Harbor Bait and Tackle checked in, with news about freshwater fishing. A young lady angler, Emilia, caught her first fish ever, which was a largemouth bass. She was fishing with her father from his kayak. Congratulations on that first fish, Emilia.

The Cape May Lady has been out catching drumfish over the past week. Their schedule for these fish will also be lessening, so call them, at (609) 780-7900, to get a seat.

The Sea Star III had a bittersweet week. They had great times fishing for sea bass and drumfish. The drumfish were described as “plentiful,” as some quality fish were caught on each evening trip. There are only a limited number of dates remaining for drumfish trips, so contact Capt. Chuck, at (609) 884-3421, to grab one. The day trips to the local reefs for sea bass were productive, which means fish were coming over the rail throughout the day and night.

The Porgy IV was out seeking sea bass and had nice returns for their invested time. Some pool winners during the week were Bert, who was fishing with his daughter, Melanie Davidson, and John Cunning, who won while on another daily trip.

Zach Brown contributed 13 fish to the 28-fish total, which also had help from his dad, Scott, and a friend. Kevin Keenan tallied one of the limits for the week. You can reach Capt. Paul, at (609) 884-1214, to check the schedule.

Cape May Bait and Tackle reports that Tom C. said he caught a 55-pound drumfish during a recent evening trip. Also checking in was Bob E., who was striper fishing. He and a friend each caught a nice keeper during their outing.

Franci Pasquarella submitted pictures of her 9-year-old granddaughter, Brooklynn, with a large trout. Brooklynn, who was fishing at the Ponderlodge with her father, caught the fish by herself. Dad helped by holding the fish for the pictures, when Brooklynn decided she didn’t want to hold it. Congratulations on your catch, Brooklynn, and thanks, Franci, for submitting pictures and a report.