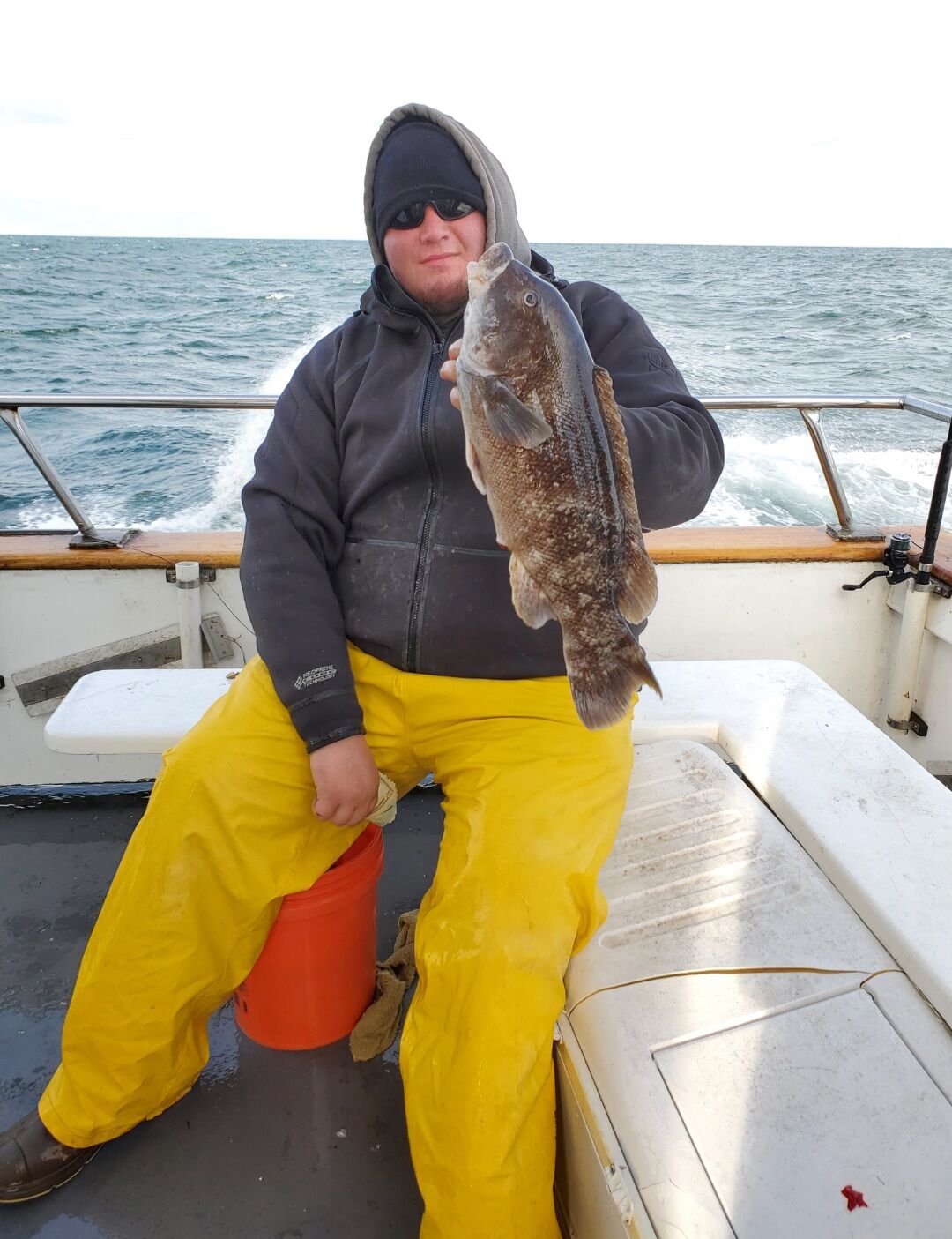 Frank Weyhmiller and his pool winner. 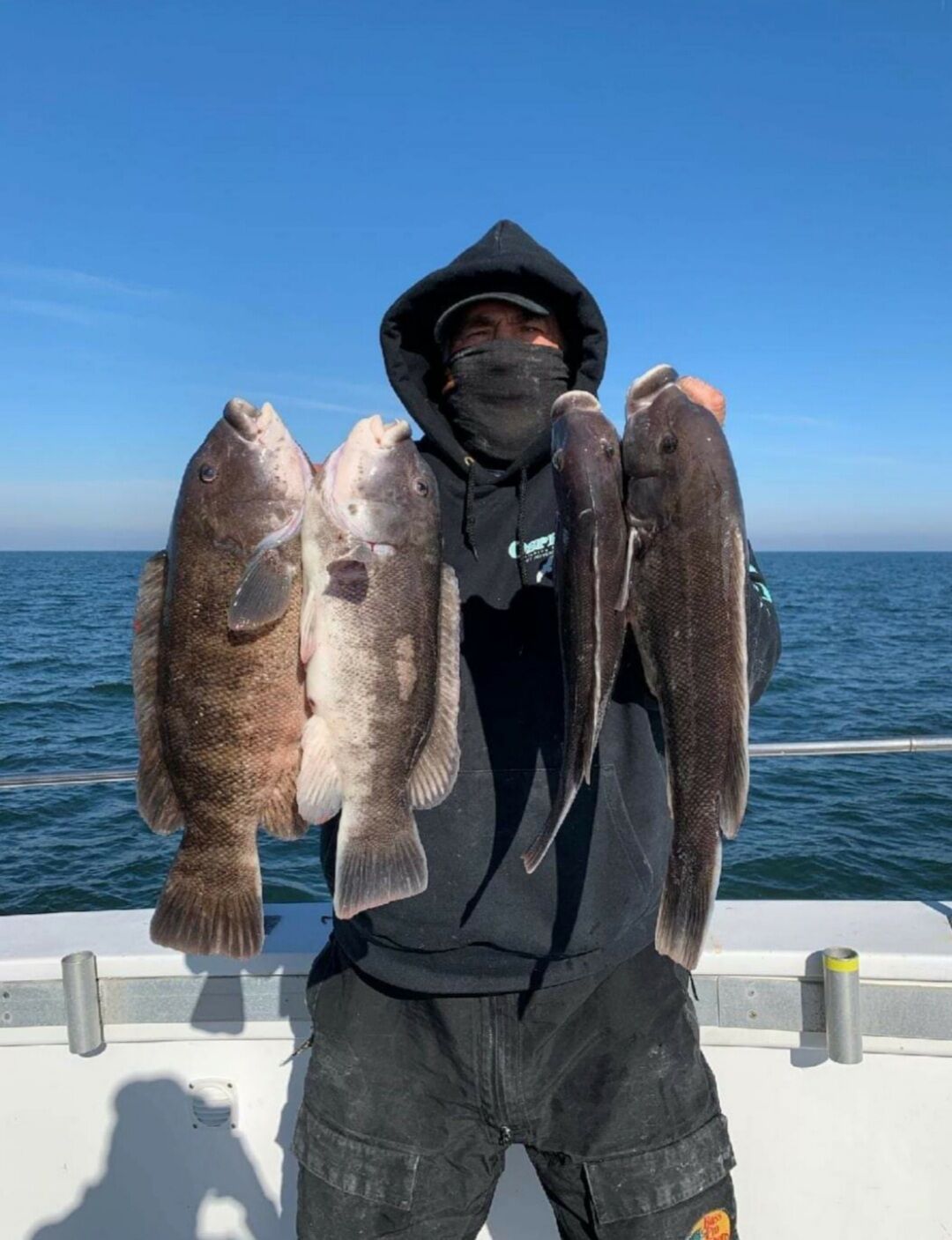 Paul Tomaski and his four-fish limit from his trip on the Osprey. 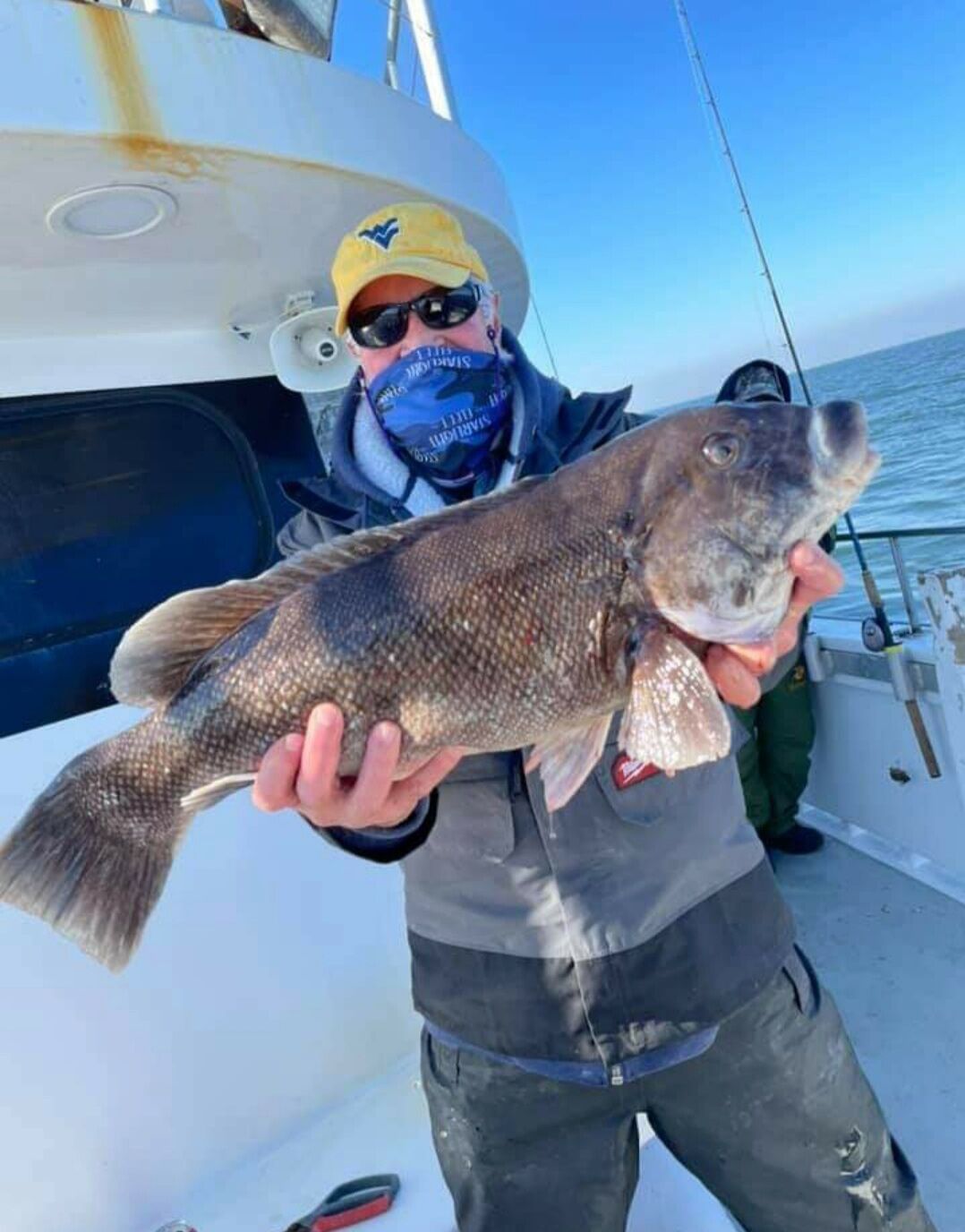 Jerry Rau and his 9-pound pool winner from his trip on the Osprey.

Frank Weyhmiller and his pool winner.

Paul Tomaski and his four-fish limit from his trip on the Osprey.

Jerry Rau and his 9-pound pool winner from his trip on the Osprey.

The clock is ticking to the inevitable end of blackfishing.

As long as the captains can get crabs for bait, they will probably continue sailing. Attracting anglers willing to head out shouldn’t be a problem. Get the word out that a trip is forming, and a list of willing anglers will quickly develop.

Cold weather fishing can be challenging, but it can also be rewarding. Putting fresh fillets in the freezer, catching your personal best, or "PB," and the friendships that develop can be rewarding. You may not see some of these guys or ladies much during the rest of the year, but you can count on seeing them during blackfish season.

The Porgy IV has stayed busy, as Capt. Paul has been getting his charters on the water to chase blackfish. Jan. 7's trip had a “bouncy ocean,” but that didn't impose too much of a problem, as Kevin Olbrich caught his limit and won the pool. A few others also managed to put together a limit.

The next day was tougher, but Tim Bush caught two fish at five pounds, one of which won him the pool. Paul Tomaski and Denny Mattei also claimed limits. Paul said the bite was great early, and then again at the end of the day, which allowed them to put together a bountiful catch.

Three others who limited out were Alex Levantovsky, Bill Dacosta and Joe Mole.

Jan. 9's pool was claimed by Frank Weyhmiller, with a 6-pounder, one of the two fish he caught on a windy day with strenuous conditions. Steve Mattino was the high hook, as he had three keepers.

The tough weekend ended with Mike Youcis winning the pool and catching his four-fish limit. The day had busy morning action followed by a slow pick in the afternoon. Some anglers had one or two keepers, while the rest went home with none.

When fishing resumed Jan. 12-13, the bite was best described as “slow," but Ken Minett claimed Jan. 12 pool, with a 7-pounder, while a couple of other anglers caught three apiece. The Jan. 13 trip produced a few more keepers than the previous day and were a better quality. The top three went to Doug Camparri (9.25 pounds), Nick Dutton (8.25) and Kevin Olbrich, who had an 8-pounder in his limit.

The Cape May Lady is focusing on sailing when the opportunity arises, which helped them to be in the right spot at the right time recently.

As the ocean calmed Jan. 11, following a windy and wave-tossed weekend, an unidentified angler made, what many called, “a catch of a lifetime,” when he landed a 23-pounder.

The Osprey, sailing out of Atlantic City, had a nice Jan. 12, with solid action and a nice amount of keepers. Paul Tomaski had one of the limits with four quality keepers. The other angler, Jerry Rau, also caught his limit, which featured a 9-pounder that won him the pool.

Visit www.mafmc.org, and click on the news story about Stakeholder Input on Summer Flounder Recreational Management. Look for the “scoping comment form” and click on it.

Fish are still lingering in the area, but granted, the bite isn’t as strong as it was in late November and early December. You have to work harder and fish smarter, but if you’re patient and sharp, you can feel that light scratch at your bait.

Take care, good luck if you get the opportunity to go out, and I’ll see you around.