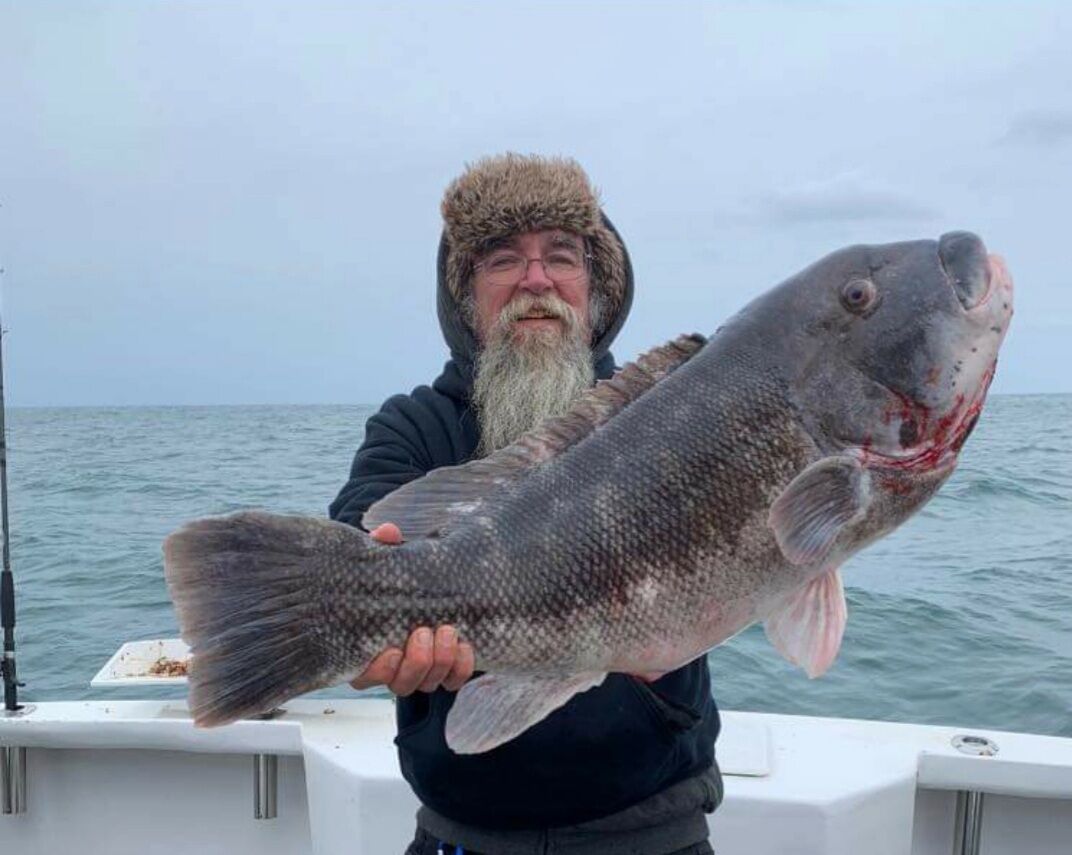 Chris Sullivan and his 25.8-pound blackfish. 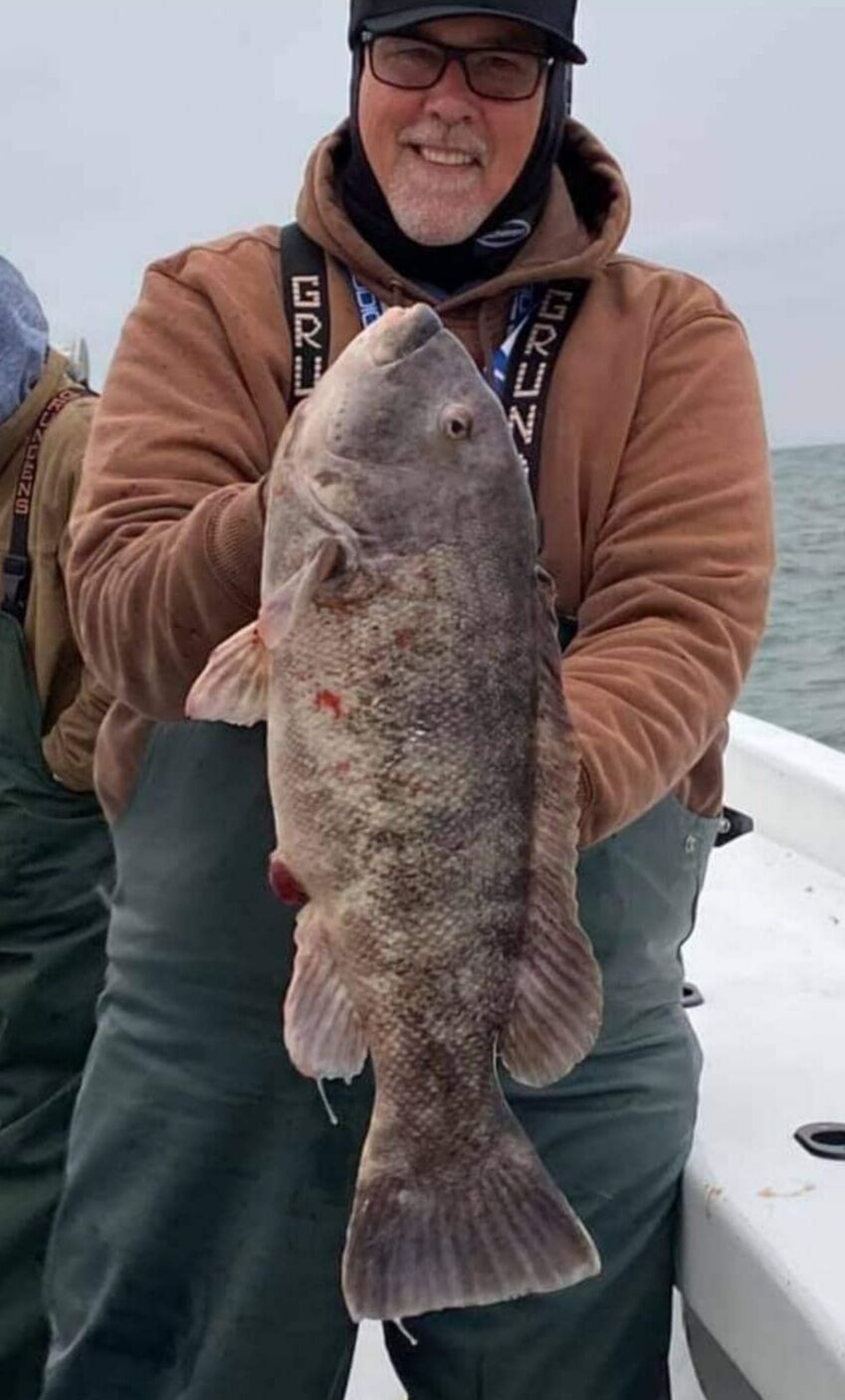 Edward Cassar and his 10.5-pound blackfish. 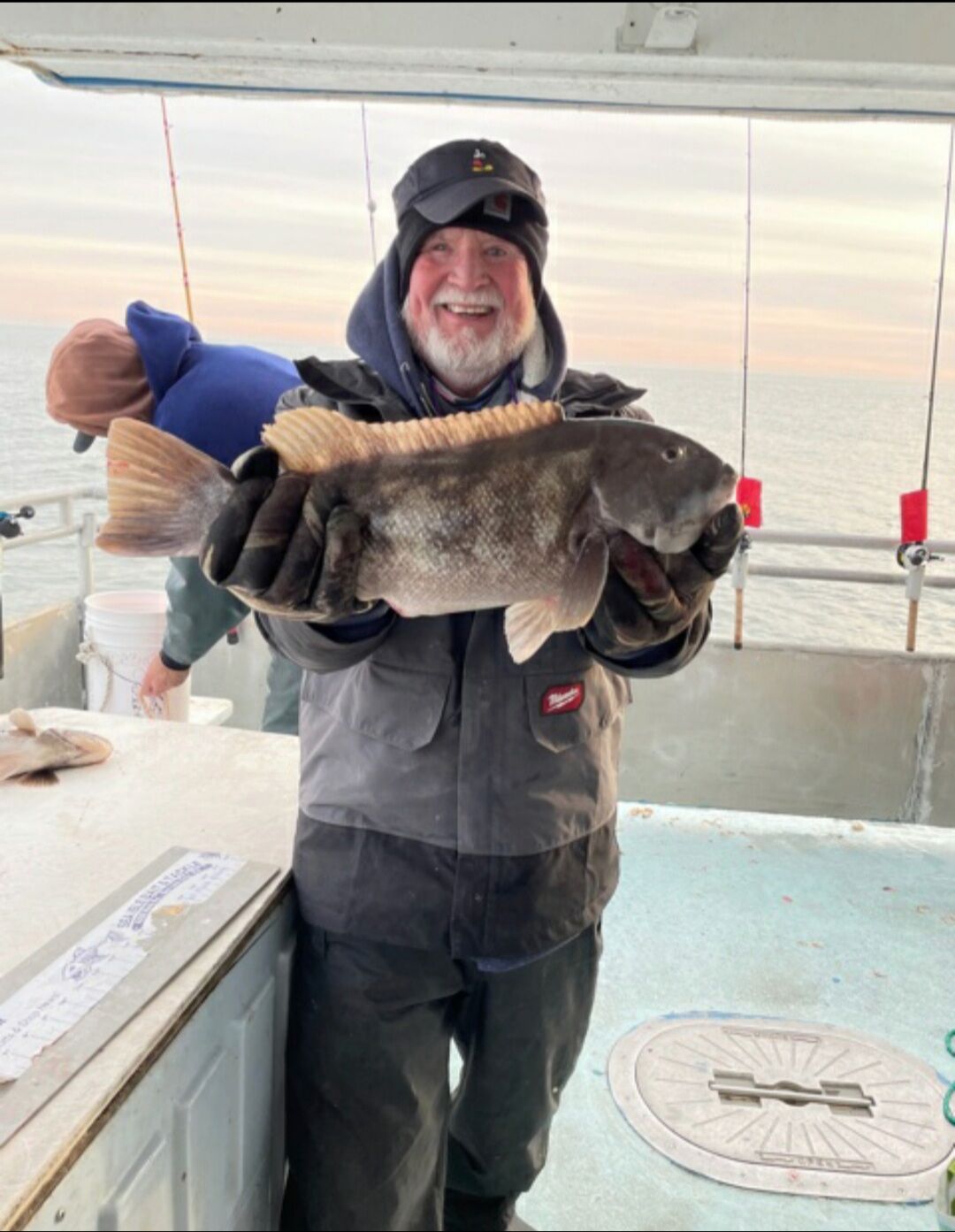 Jerry Rau and his pool-winner.

As some may have expected, fishing was slower this week.

A combination of the holidays and a December nor’easter didn’t allow for a hopeful situation. Of the two, the wind and rain was the main culprit. Knowing the way blackish anglers pursue every opportunity, if the weather was anywhere near favorable, more trips would have been made as the local captains aim to satisfy their customer base.

The storm, even after passing our area, had a lingering effect, as the water condition was less than desired. The water was reported to be colder and begrimed due to the wind and waves, and there was still a swell to fight. Besides that, the weekend saw the return of fishing, with some nice catches made.

Since this is 2020's final column, Happy New Year everyone. Let’s hope the great blackfish season continues when the calendar rolls over to a new year since some of the season's biggest first were recently caught. We just need some cooperation from the weatherman, and all should be well.

I heard rumblings of a big blackfish caught, and the noise was accurate, as a potential state record fish was hooked. Everything is pending, as of Dec. 24, but it appears to be a new record.

Aboard Capt. Tom’s Fishin’ Fever out of Cape May Dec. 20, angler Chris Sullivan sent shock waves through the blackfish community by landing a 25.8-pound fish. The fish was weighed on a certified scale, but nothing is official yet. This fish would replace the current state record, a 25.37-pound specimen caught April 17, 2015, by Frank LaMorte, who was, ironically, on the same boat.

I remember it well, as it was the first major catch I reported on after taking over the fishing column in February of that year. Nice catch, Chris, and congratulations on the fish of a lifetime. I know you’ll continue to chase these big fish, so we may be hearing from you again.

The Starfish had a nice weekend after the storm vacated the waters. The residuals of dirty water and swells were present, but so were some nice blackfish, so who cares about some little inconveniences.

It’s not Jerry Rau, who won the pool Dec. 19, or Paul Tomaski, who limited out Dec. 21. One of Paul’s limits was a 6.1-pounder that also allowed him to claim the daily pool. Nice job, guys.

The Porgy IV got in on the double-digit derby when Sae An, of Philadelphia, landed an 11-pound pool winner during the Dec. 20 trip. Also, on that trip, Mr. Feng was one of a few anglers with three keepers when the trip ended.

The Dec. 19 trip had tough conditions left over from the storm, and only eight keepers were caught. The Dec. 21 outing produced a 9.25-pound, pool-winning fish for Charles Maurer, while Mike Youcis claimed high-hook honors, with four keepers.

The Cape May Lady had a quality trip Dec. 21, as two double-digit fish were caught. They were looking for larger fish, and the anglers were rewarded.

Edward Cassar defeated a 10.5-pound blackfish, while another angler, who was unidentified, brought in a 12-pound fish. The bite took time to start, but when they started chewing, there were “quality” blackfish around.

It’s always pleasing when a plan comes to fruition, especially in this case, where fishing rebounded nicely after the storm. Not only were nice fish caught, but it was a great week for big catches. Let’s hope this trend continues as a new year begins.

Submit your fishing news and photos to mrobbins@cmchearld.com.