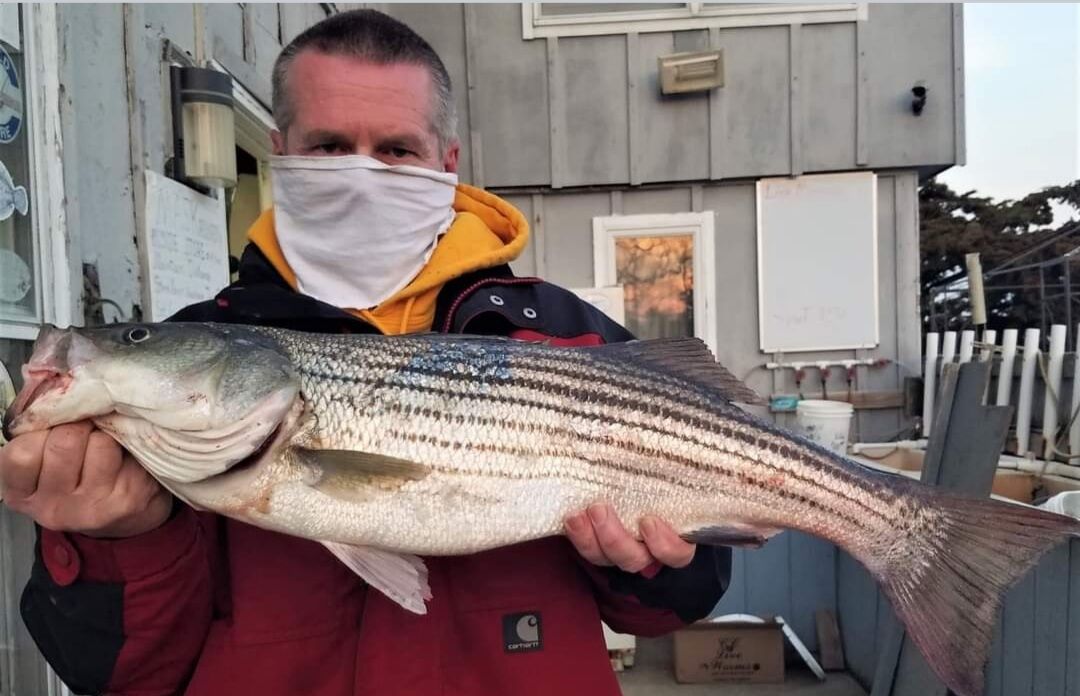 Daniel Dalton and his second-place winner. 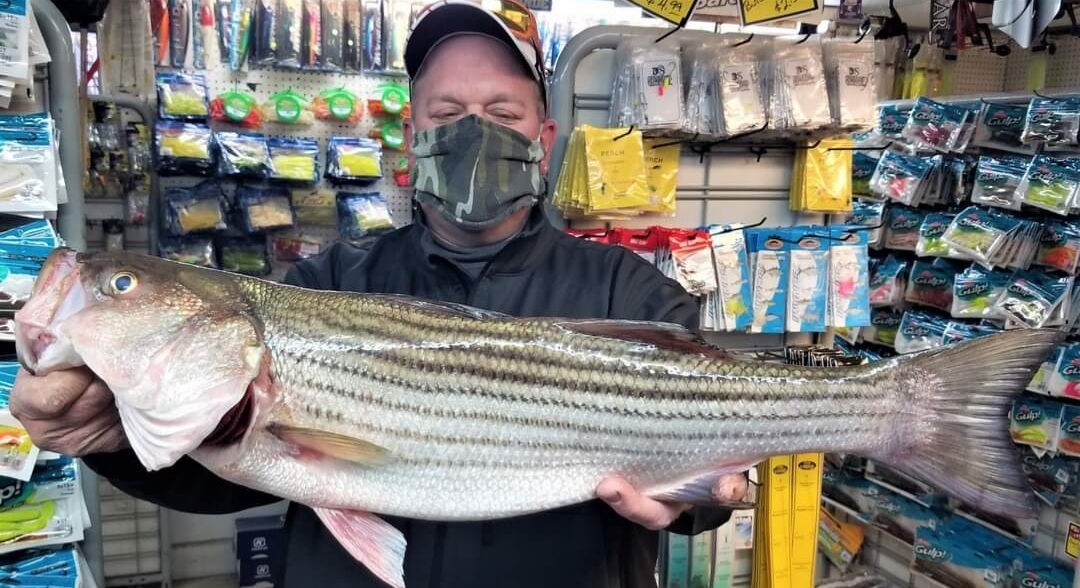 Matt Walker and his third-place winner.

Fishing should get better - at least we hope - as the waters warm and the fish hopefully follow.

After an outlier of increased activity at the beginning of the month, the fishing action was slow over the past six weeks. There may be fewer reports, but we still have something many folks were waiting to hear.

The biggest news during the week concerned the summer flounder season, a local staple of Cape May County's fishing scene.

Its dates were released and are essentially a repeat of last season. After deliberating on modifying the opening and closing dates, the New Jersey Marine Fisheries Council (NJMFC) voted to keep everything steady, as the season will open May 22 and conclude at the end of the day Sept. 19.

The other elements will also remain, with a three-fish bag limit at a minimum length of 18 inches.

Island Beach State Park will continue to have a two-fish bag limit, at a 16-inch minimum, while regulations in the Delaware Bay's Jersey side will be three fish, at 17 inches.

Now that the new flounder season's dates were finally settled upon, there's news about a season-opening tournament.

Grassy Sounds Marina is running an “opening day contest." The two lucky winners who catch the largest flounder that day will each go home with a $100 gasoline gift certificate. That’s a nice gift to receive considering that gas prices are rising. Another benefit is that there is no need to sign up or register for the tournament.

The Villas Fishing Club is sponsoring two early season tournaments, and they will be open to everyone, not just club members. The first, a drumfish tournament, will be held May 7-8, and the second, a flounder tournament, will be held June 5. Both events will have a meeting the day before they begin. Call Keith Wagner, at 609-707-6970, for details, rules, cost to enter, and where to sign up.

Absecon Bay Sportsman Center announced that the second and third-place prizes in their striped bass contest were claimed quickly. The recent shot of warm weather did the trick, as Daniel Dalton collected the second-place prize on the first warm day, after catching his winning fish from the Great Egg Harbor River. The third-place winner, Matt Walker, caught his fish early the following morning. His winner was caught from the Mullica River while chunking a fresh piece of bunker that beached itself near him.

It seems the stripers were chasing the bunker around, and this one was trying to get away. Matt was doing his fishing from a riverside position that proved advantageous.

If you get to any of the rivers, you will also have a chance to catch feisty white perch, which have been hitting the bloodworms regularly. Assure you have a lightweight set up with you.

Closer to home, Hands Too Bait and Tackle is running a “race to the dock contest," with an interesting twist.

First, the winner will receive a $100 gift card to Hands. The winner must make a short video of their legal fish, state their name, date, and clearly show the fish's length. Those criteria must be met, or the angler will be disqualified.

After making a video, the catch can be released of harvested for the table.

Between April 6-8, The Mid-Atlantic Fishery Management Council will meet by webinar with the Atlantic States Marine Fisheries Commission’s Summer Flounder, Scup and Black Sea Bass Management Board. More information is available at www.mafmc.org.

Public comments can be submitted by using the online comment form linked through the webpage or by email, mail or fax. Written comments must be received by 11:59 p.m. March 24 and will be included in the briefing book.

Comments submitted after that date but before 5 p.m. April 1 will be posted as supplementary materials. Comments after then will be through the April 2021 public comment Form link on the website.

Try to get out if you can, and good luck if you do.