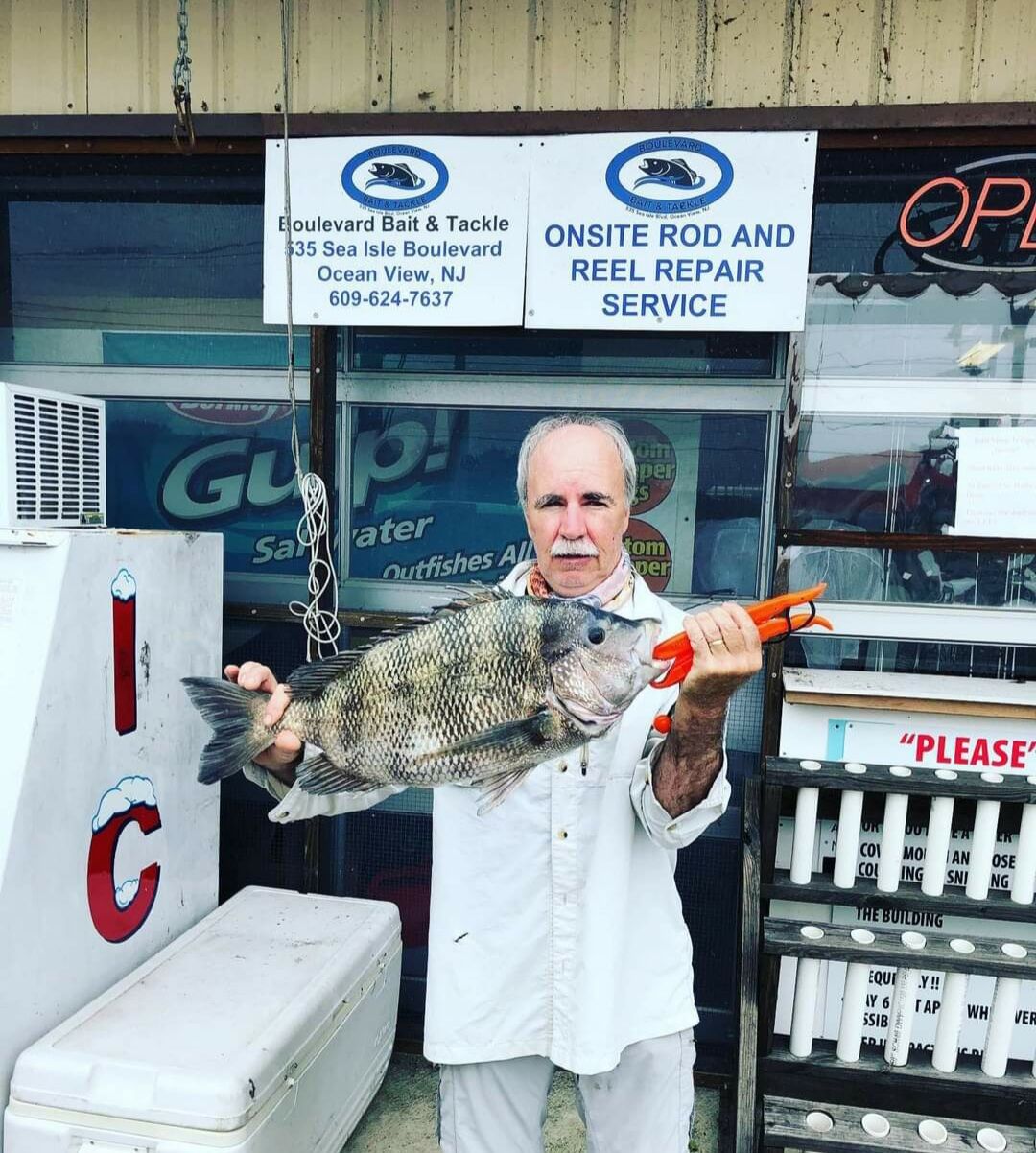 Ed Smith and his 10.04-pound sheepshead. 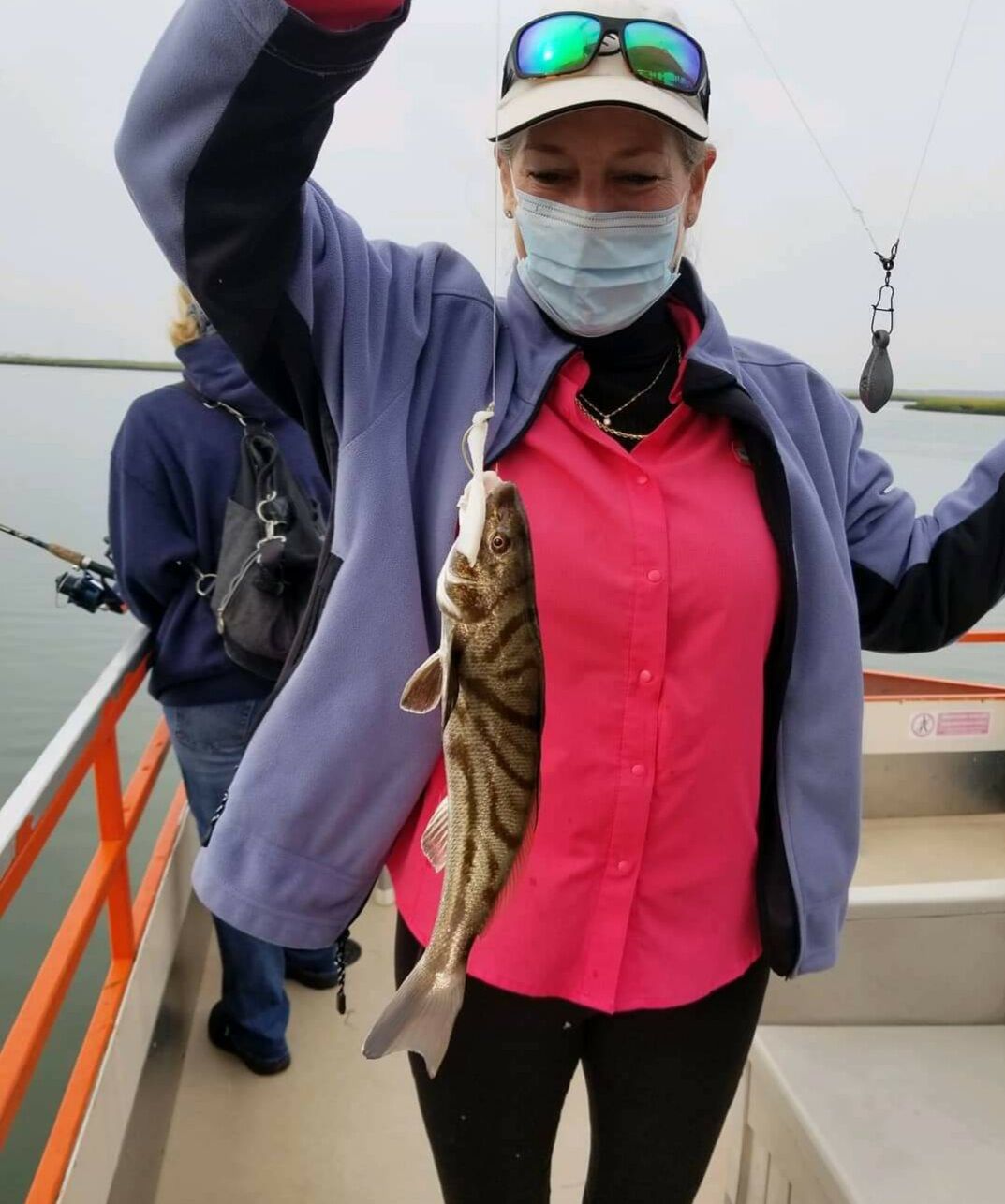 A happy lady angler and her nice kingfish. 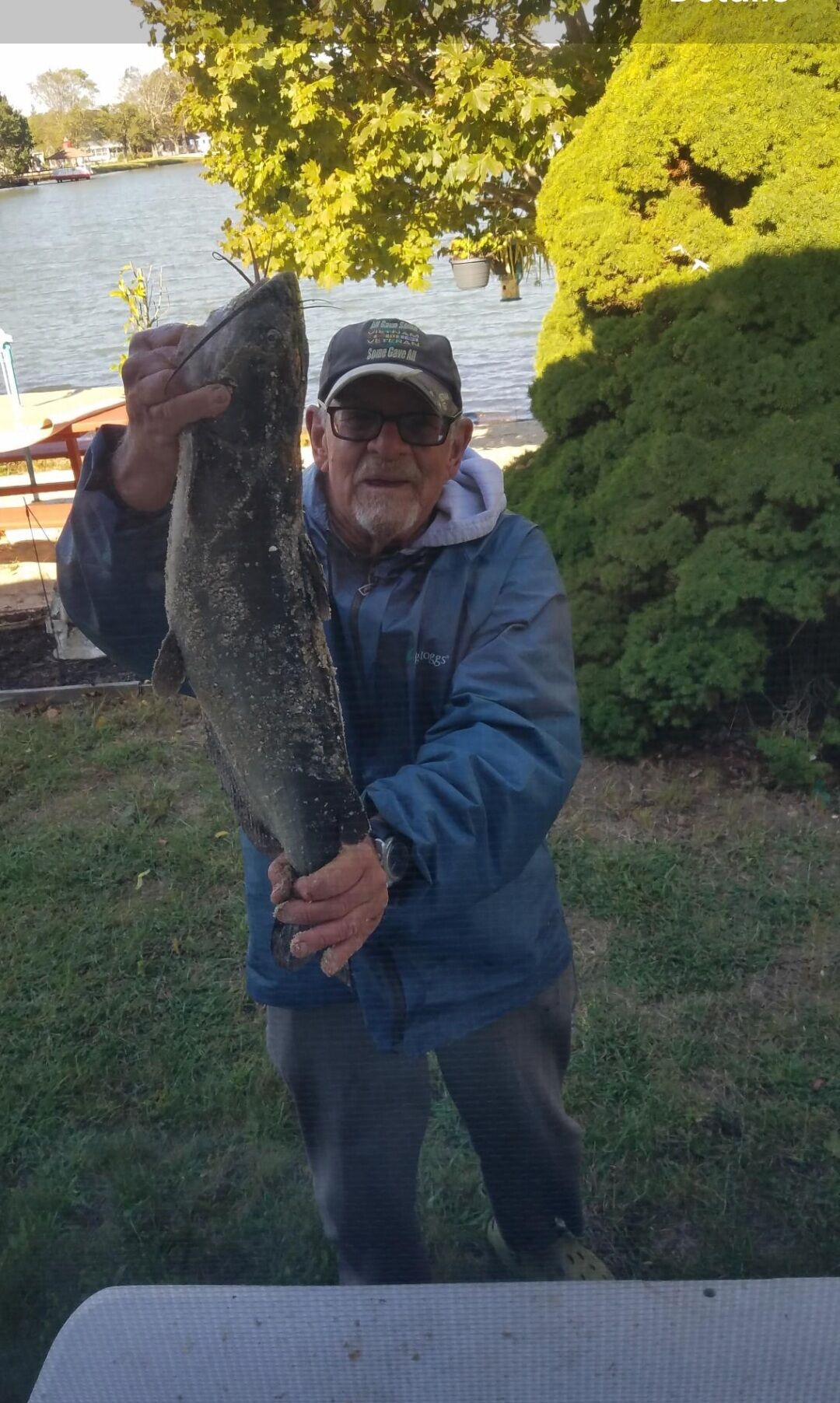 The wait for fall sea bass season is almost over.

It wasn't too long, but I'm sure some feel otherwise. Your wait will officially be over Oct. 8.

I hope that if you want to fish on opening day you took the time to make a reservation for your favorite boat. If you tarried, get on the phone quickly.

You can add sea bass to the other fish, such as bluefish, kingfish and croakers that have filled in nicely over the last 19 days - the more fish the merrier.

One species that I didn’t mention appeared in our area again. It was the second time in three days that I received news about this. I previously mentioned that it would be nice if a local, resident population developed, and my wish may be happening, as the biggest red drum that I have heard of locally was caught and released.

Hooked on live bunker off of Cape May by Duck Menz, it was estimated to be about 44 inches and 45 pounds, like a red drum caught in Louisiana or Florida. Menz also had a near miss on a second one.

The Sea Star III, currently sailing an abbreviated schedule, was catching a nice mix of weakfish, bluefish, croakers and kingfish. They even caught some sea bass and flounder, but those out-of-season species went back over the rail.

The weekend’s pool winners were Nick Januseski, with a 1.1-pound weakfish, Ray Walker, with a 1-pound weakfish, and Frank Servocky, with a croaker that went six-tenths of a pound. Frank also landed his boat-limit of five bluefish on one of the weekend outings.

The Sea Star III returns to its daily 9 a.m. to 3 p.m. schedule Oct. 8. They will be targeting sea bass and other legal fish that bite.

The Sailor’s Delight is catching a lot of bluefish on their twice-daily trips around the backwaters. Weakfish, kingfish, croakers and sea bass (as of Oct. 8) should all be making appearances, too. Striped bass can also be caught, so be prepared.

No Bones Bait and Tackle reported plenty of snapper blues in the back bays and around the jetties. Bigger bluefish, with a couple up to 8 pounds, have been caught in the surf. Tog (one keeper currently) and sheepshead are also being caught from the local rocks and bridges. Many short stripers, too, have been caught recently.

There were also reports of some keepers being mixed in. Topwater baits, or chumming with clam bellies, are proven methods to catch stripers in the back. They also report that there are plenty of crabs being caught. Recently, two rental boats went out and returned with three-quarters of a bushel each.

Cape May Bait and Tackle reports short and keeper-size stripers are being caught from the Cape May beaches. Soft plastic was the bait of choice.

Stripers, as well as bluefish, have also been caught by those tossing fresh bunker chunks from the local beachfront. Tog and sheepshead are around the local inlet jetties, bridges, and have been hitting green crabs. Cape May Bait and Tackle also reported that private boaters and the local party boats have been catching a mix of kingfish, croakers and bluefish.

Boulevard Bait and Tackle reported that Ed Smith stopped by to weigh a nice sheepshead he caught during a recent outing. It moved the scales to the tune of 10.04 pounds.

Phyllis Beck submitted news from the freshwater scene. Her husband, John, reeled in an 11.3-pound, 26.5-inch catfish from Garden Lake.

We had some nice action this week, but now, everyone is expecting that fishing will kick up a notch or two. The new season's opening brings those expectations. With the fish already in the area and sea bass being legal, we should have the start of a great fall season. Take care and I’ll see you around.