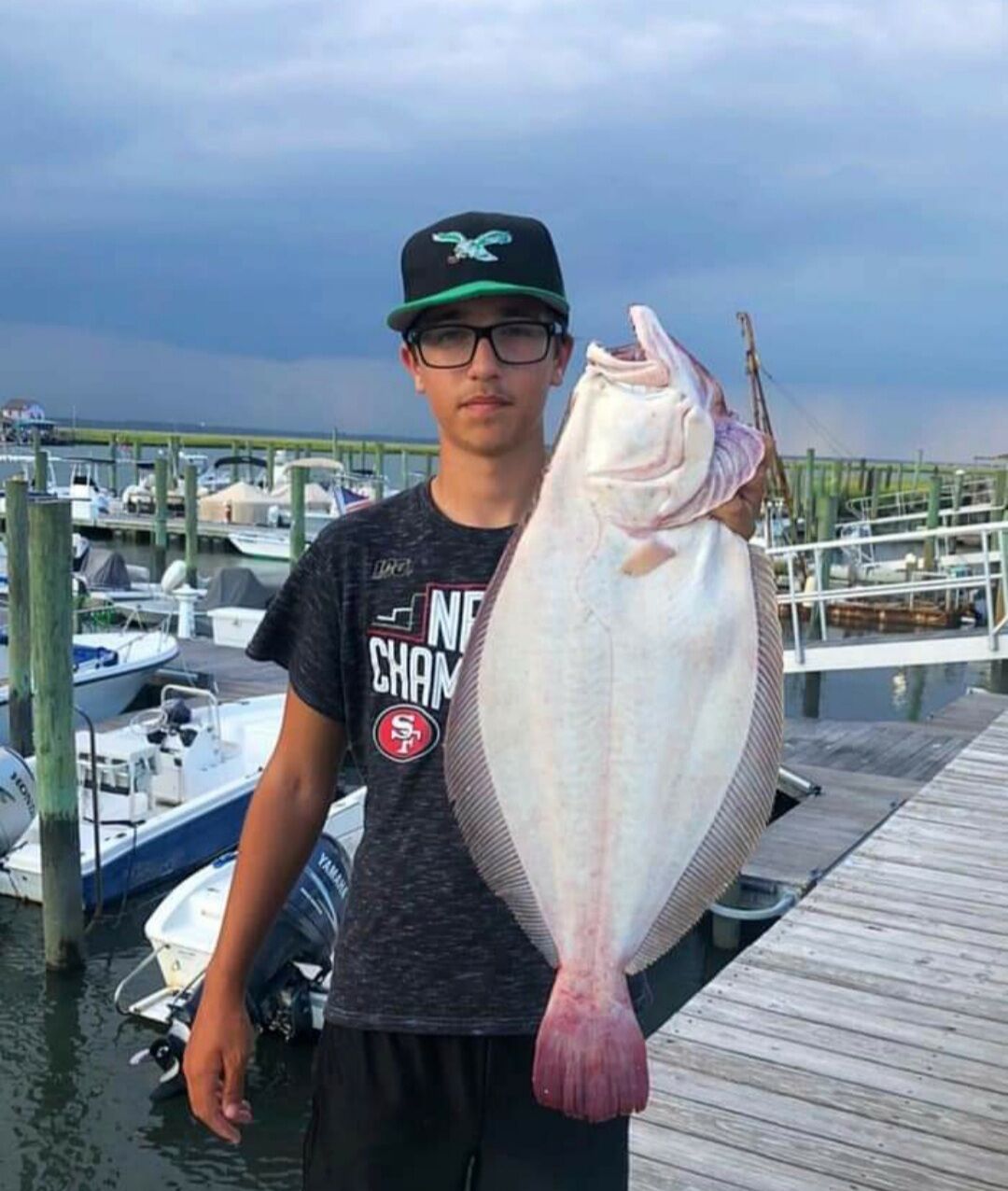 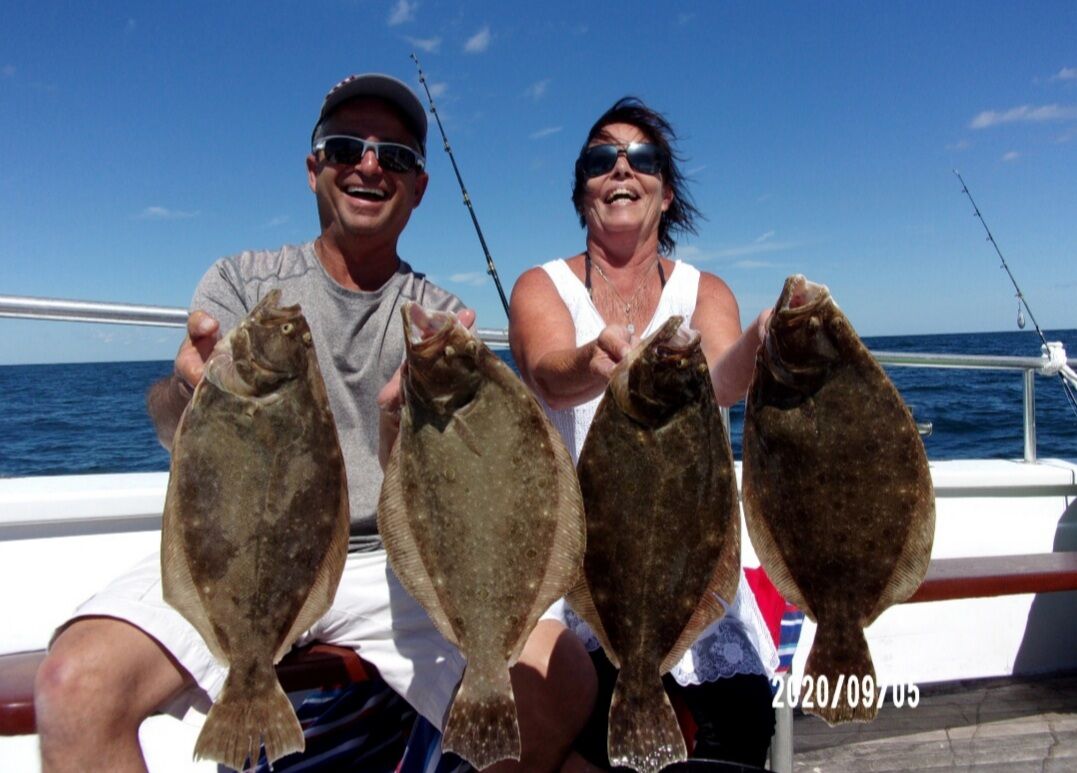 A happy couple with some nice flounder. 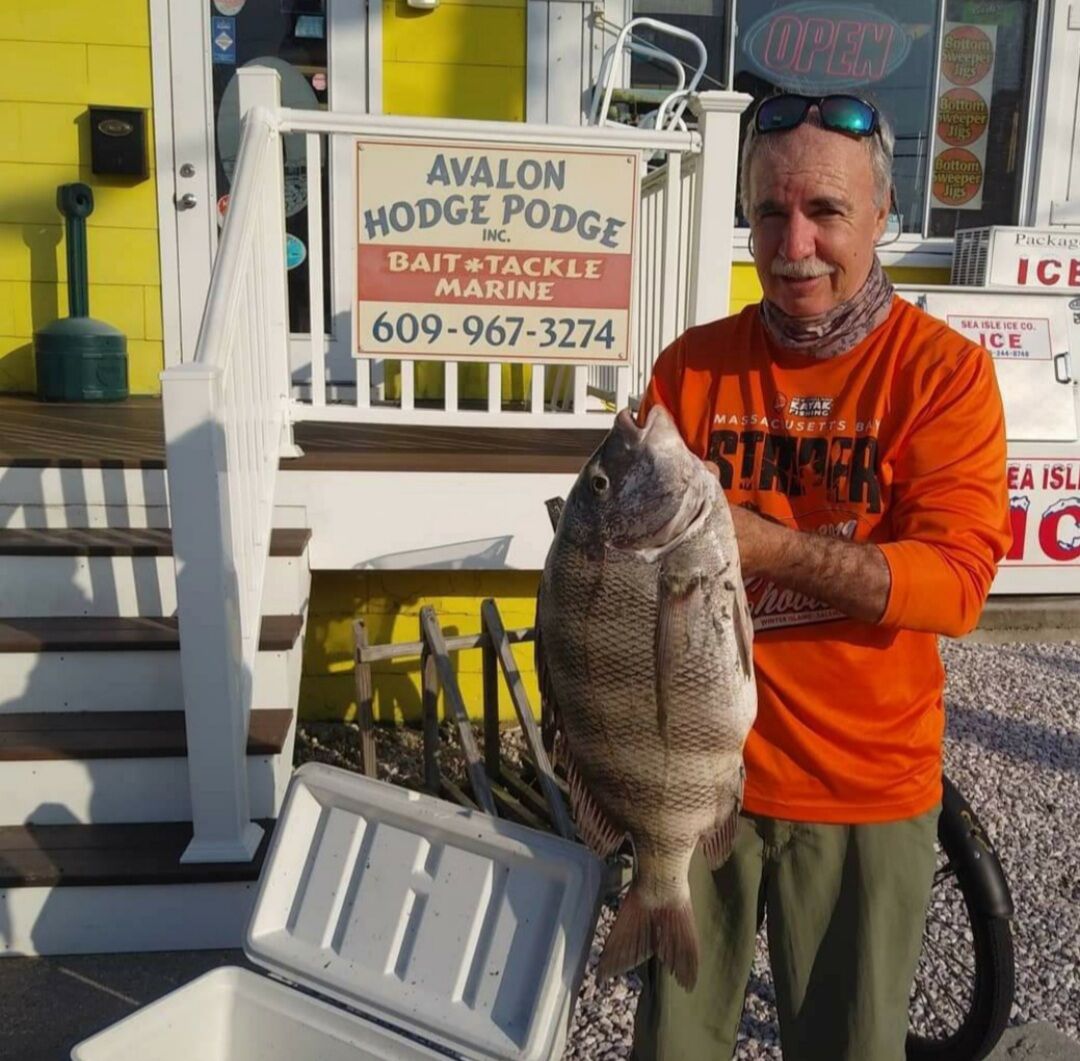 A 10-pound plus sheepshead for Ed Smith. 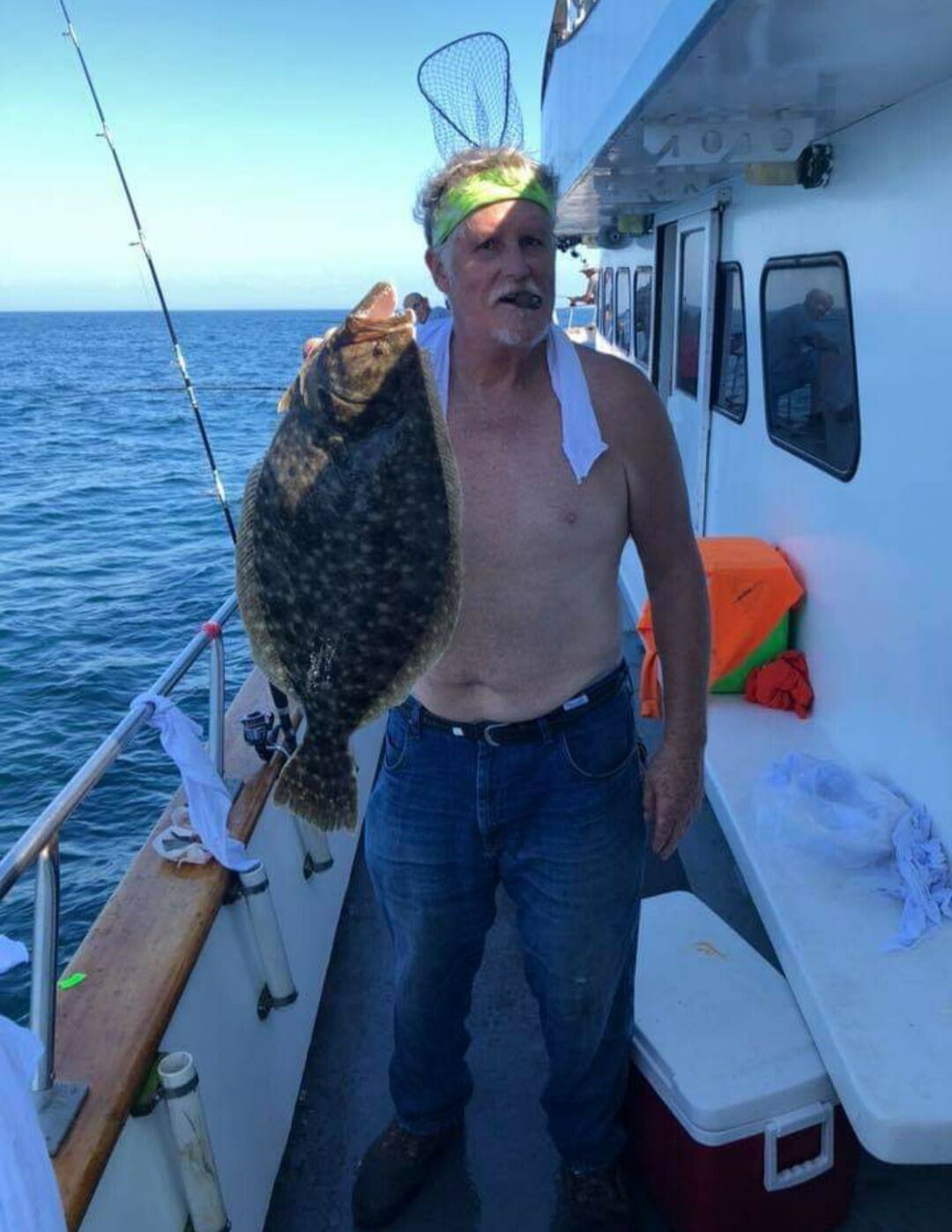 Bill Burst and his 9-pounder.

That first crisp, cool morning that we recently enjoyed had me, and many others I’m sure, thinking of the fall fishing ahead.

We have seen the start of the mullet run, while plenty of peanut bunker, a great bait for the large flounders at the local reefs, are all over the backwaters. Larger bunker, found in schools off the beaches, can be snagged, stripped, and also used for bait.

With that in mind, let's see what occurred in the local fishing scene.

The Miss Avalon continues picking up flounder and triggerfish. They also caught some of the season's largest sea bass. Those, however, are out of season and were returned to the ocean. Hopefully, those big fish will still be around Oct. 8, when the next season opens.

The Avalon Lady is busy and “having a blast” catching fish, including flounder, weakfish, croakers, sea bass, sharks and sea robins. Everyone is having a great time, whether it’s the anglers catching them or the staff putting them on the fish.

Avalon Hodge Podge reported a nice flounder for young angler, John, who landed a 3-pound, 20.5-inch fish. He was fishing with his brother and pop-pop.

Ed Smith's nice catch came into the store. He was using crabs, in the back bay, and caught a sheepshead that weighed slightly over 10 pounds. Nice catch, Ed. That’s one species that remains on my “to catch list."

First Fish Adventures had a nice Labor Day trip. A three-man party caught their boat limit of flounder, along with nice mahi-mahi.

Boulevard Bait and Tackle had pleasing reports after multiple anglers took trips to a local reef. One angler had two nice fluke, while Dougie B. and a friend returned with their limit. Included in those fish was the 27-inch, 6.6-pounder that Dougie caught.

Sea Isle Bait and Tackle released news of the Fall Surf Fishing Tournament, which runs from Sept. 12 to Dec. 5. You can sign up online or stop into the store to obtain a registration form. There is a minimal fee to register, which includes a raffle drawing and a shirt.

The Miss Chris spent most of its recent week fishing around the Cape May Point area. The crew reported that croakers, which have shown up in “decent” numbers, along with some good keeper weakfish, kept their patrons ready at the reel. When they fished out front during a day of northwest wind, Bob Porman caught two 19-inch fluke, John Bignatelli landed a 21-inch flounder, Tyler Ronconi contributed a nice triggerfish to the daily catch, and the DiSantos family chipped in, with three triggerfish.

The Sea Star III continues rolling along, and its trips produced nice keepers and plenty of action from the shorts. Nice sea bass were caught but needed to be released because they are currently out of season.

Triggerfish filled in nicely, though, as they contributed to the catch total. Fluke made pool winners of Chaz Garuffe (4 pounds), Chris Gardner (3.5), Christopher Hudson Sr. (4.25), Kathy Mulvehill (3.25), and Frank Servocky, who claimed two, with 4.7 and 6.4-pound specimens.

The Porgy IV is staying hot as flounder season's end looms. Barb Ellet went home with two nice keepers to 22 inches. Mike Wolf limited out during the same trip, but the pool was won that day by Josh Schuman, whose limit included a 6-pounder. Another trip saw limits go to the father-son duo of Joe and Evan Landis, a 6.25-pounder caught by Joe Gomez, and a big 9-pound pool winner pulled in by Bill Burst.

Bill’s fish is the largest I’ve heard of being caught from our area this season. Other pools during the week went to Jesse Pantalione, Tom Formisano, who also caught his limit, plus a split-pool that was shared by Karl Zeigler and Me Young.

The Cape Queen had a combination of trips recently, as they had the Christa Massak family on for an evening cruise. The prior evening belonged to the Zelina/Angelo party. Both groups had beautiful evenings for sunset cruises.

The John Casiano party chose to use their time for a fishing excursion. Young angler Matt Christy's blowfish catch marked the boat's first of its kind.

The Fishin’ Fever and Capt. Tom took a trip to “the edge." The moon phase caused a challenge, but they still returned with three nice tuna and a plentiful amount of tilefish. Who said a challenge can’t be fun?

The Full Ahead, with Capt. Bob, reported a nice outing for a group of anglers. From the group, Bob had two keepers of 19 and 23 inches, while Joe led the way, with the biggest in the cooler, at 7 pounds, plus a 6-pounder for good measure.

Jim contributed two solid fish that topped the 5-pound mark. That makes for a large bit of meat being divided at the end of the trip.

Grassy Sound Marina had some nice flounder come in for a trip to the scales over the holiday weekend. It was a beautiful weekend for sailing. Matthew Marino stopped in with a 24-inch, 4.7-pounder that he caught in Turtle Creek. He was using “perch” on a bucktail and caught his keeper during slack tide. Karl Errickson, the marina's 2019 tournament champion, caught a 4-pound, 10-ounce keeper while using minnows.

Nice keeper flounder still reside in the backwaters, as these anglers have shown, so use the final days to try grabbing an extra keeper or two for your freezer before the season ends. Other highlights saw Lyle Peterson land a “back to school/Labor Day” fluke, while 7-year-old Emily Bates landed her first fish ever, a flounder.

The Sailor’s Delight is busy with flounder, kingfish and crabs. All have been caught recently, including the 2,400th flounder of the season.

The fishing in the back and great weather is providing a relaxing environment. The action remains productive, therefore take advantage of the final days of flounder season, which ends Sept. 19.

The fishing is the best it’s been all season, but it will end too soon. Take care and I’ll see you around.