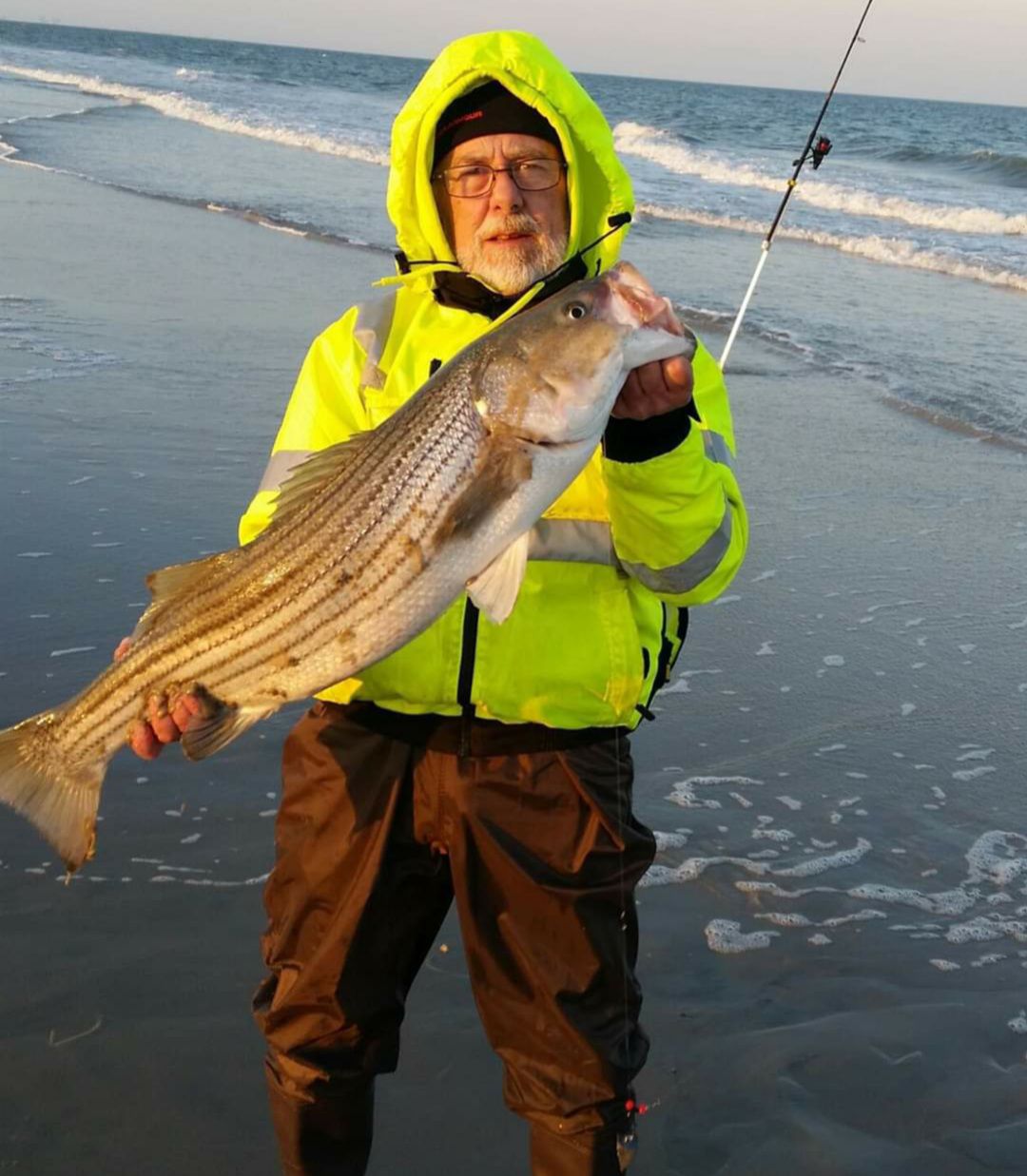 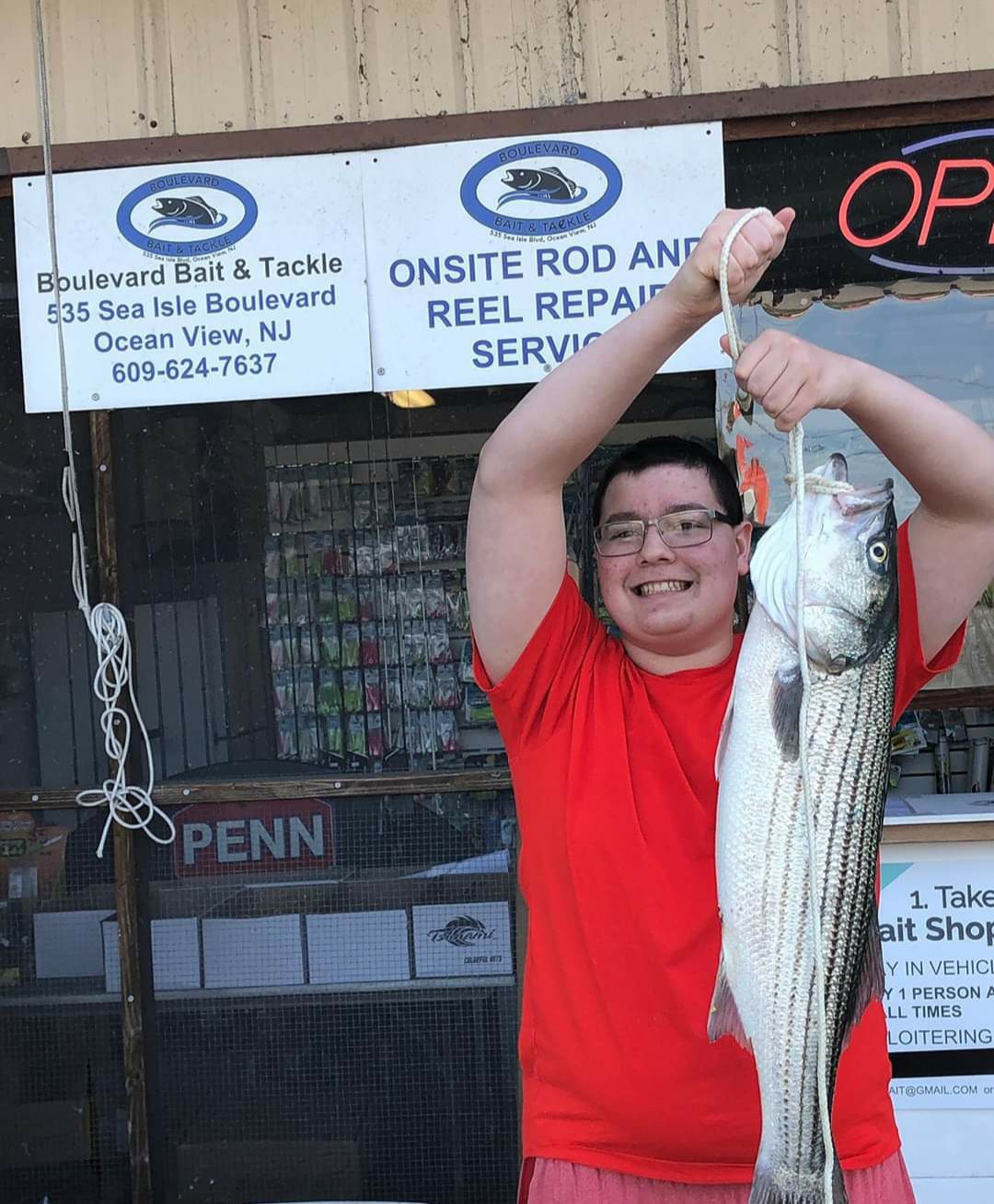 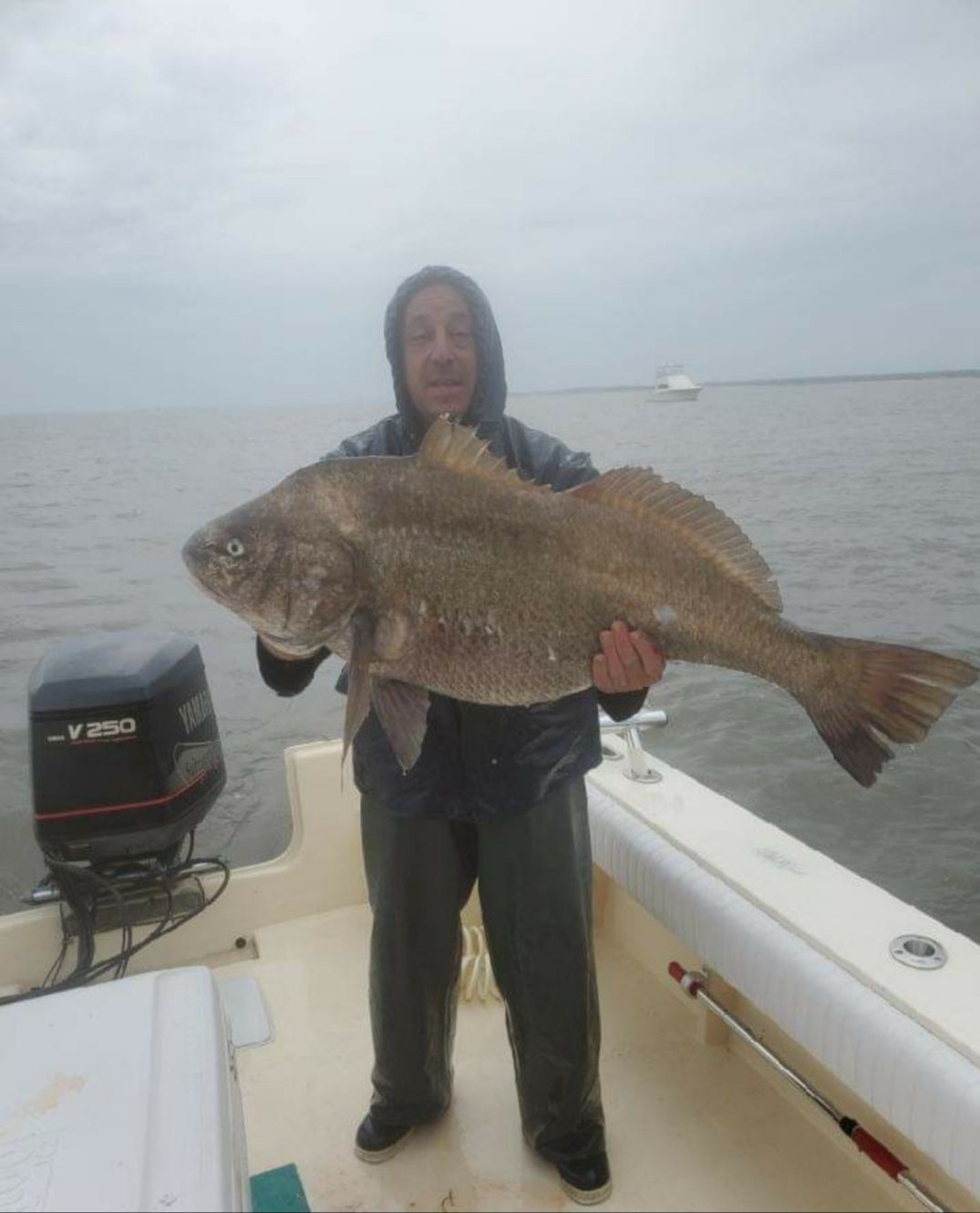 An unidentified angler with a nice drum fish.

Happily, with the local beaches opening recently, and stripers, drumfish, weakfish and bluefish cruising through our local waterways, I envisioned great reports and pictures arriving. Instead, what only arrived early in the weekend was a late, winter-like cold front.

Wind gusts and chilly temperatures made it feel like February. Consequently, fishing activity was much less than anticipated. The limited results happily showed a slight up-tick as the week progressed. We’ll check out what we have, and also pay our respects after the recent passing of someone who made their mark, not only in South Jersey fishing history but with a world record.

Before I finished this column, I received news that deserves to be mentioned first. The 2020 summer flounder season will officially begin May 22 as previously scheduled, even though there were late considerations to push the opening day back by almost a month.

As of this column, it will be open only to private boaters, kayakers, or land-based anglers. Unfortunately, for hire, six-pack boats and head boats are still not allowed to fish. There was a proposal sent to the governor, so hopefully, that ruling will change quickly and allow these captains and crews to make a living.

Rental boat operations remain unclear since they weren’t covered in the proposal. Stay tuned as this situation develops.

One of the weekend's first catches came from Cameron, at Boulevard Bait and Tackle. An angler, Brian O., was fishing on the Sea Isle beach May 9. He was using fresh clam as bait and landed a 45-inch striper.

Because the fish wasn’t within the proper “slot for keeping," it was subsequently released. It must seem odd, since I haven’t crossed the bridge yet with the new regulations to catch a large striper, one that starts to border on a catch of a lifetime size, and have to release it. Obviously, from a conservation perspective, the desired end goal would be for that fish to remain in the biomass and reproduce at least a few more times. Hopefully, these regulations lead to a larger striped bass population, but only time and an accurate interpretation of the information will tell.

Releasing a large fish that in years past you could keep seems strange. What is odd is that the same strategy isn’t being used to help the summer flounder population.

The current regulations allow for anglers to keep the larger flounder. From what I have read and understand, those are breeder fish. The larger flounder are females, the healthy breeding stock that you want to release for another day, but the ones that you can keep. Why not have a smaller slot size for flounder?

I know this issue was proposed at various fishing council meetings, but the regulations never reflect the proposals - maybe someday.

Another catch reported by Cameron was made by Jim, who was fishing a local section of beach in Sea Isle May 13. While paying his dues, Jim caught a nice 37-inch striper for his dinner table. Using a bunker, chunked or whole, if you can’t get clams, is another great way to entice these fish to bite.

Finally, a nice striped bass was caught May 14 by a young fisherman, Wyatt. While fishing with his dad from the beach in Sea Isle, Wyatt defeated a 32-inch striper. They were using salted clam as bait. The moral of the story is that even if you can’t get fresh clam, grab what you can and get to the beach.

Capt. Al, from the Bayhound, was out in Sea Isle's backwater on May 11, checking to see what was around. He landed a weakfish and a flounder in conditions that were considerably less than favorable. The fish were returned to the water, and Al got some good intel showing the fish are moving in as we hoped.

Remember, flounder has a season that hasn’t opened yet, and both species of fish have a minimum size and maximum bag limits.

Sadly, I report the recent passing of Al McReynolds, at 73. If you are unfamiliar with him, Al was a fisherman who was renowned throughout the world of striped bass anglers. The reason is because of what happened Sept. 21, 1982.

Al was fishing from a jetty, in Atlantic City, during a nor’easter, and after one particular cast, Al hooked a striped bass of epic proportions. After a reported one hour and 40-minute fight, the fish registered 78.8 pounds. It was certified as a world record by the International Game Fish Association.

Since that night 38 years ago, the record has changed hands. It is now held by Greg Myerson, who bested a striper weighing 81-pounds, 14-ounces while fishing in Long Island Sound, in August 2011. However, Al still holds the record for the largest striped bass caught on 20-pound test line.

Rest in peace and tightlines, Al.

For anglers wanting to fish for stripers or drumfish, you will need to be patient. The strong winds have made it difficult for the clam boats to get out.

Most shops are reporting a shortage, which is resulting in a wait for the prized bait. Call the different shops to see who has them, then grab some and get to your planned fishing area. Don’t forget, and as mentioned previously, bunker also works well if you’re targeting stripers.

Good luck, and let me know how you did. Take care, and I’ll see you around.