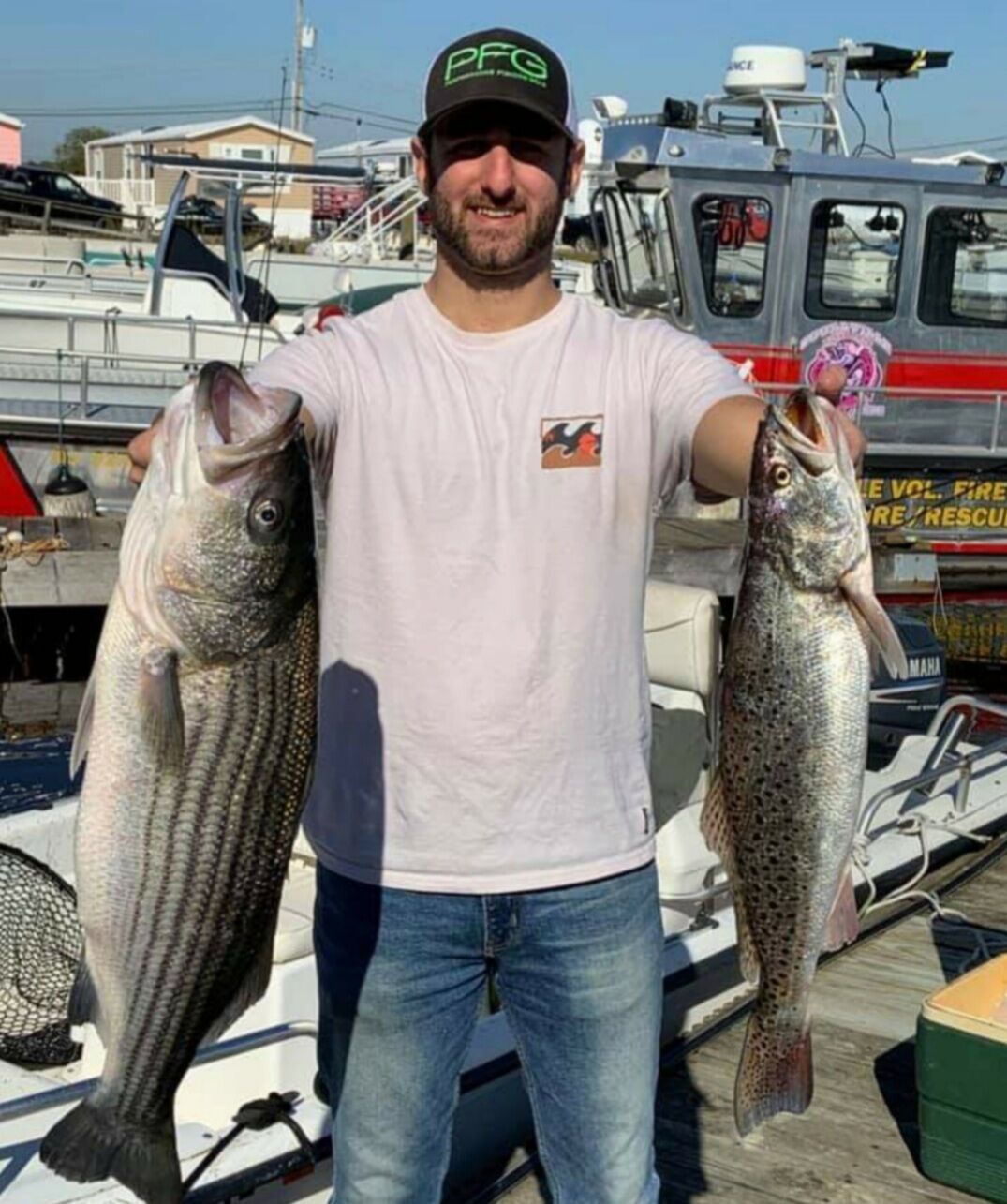 A striper and a speckled trout for Jake Dagen. 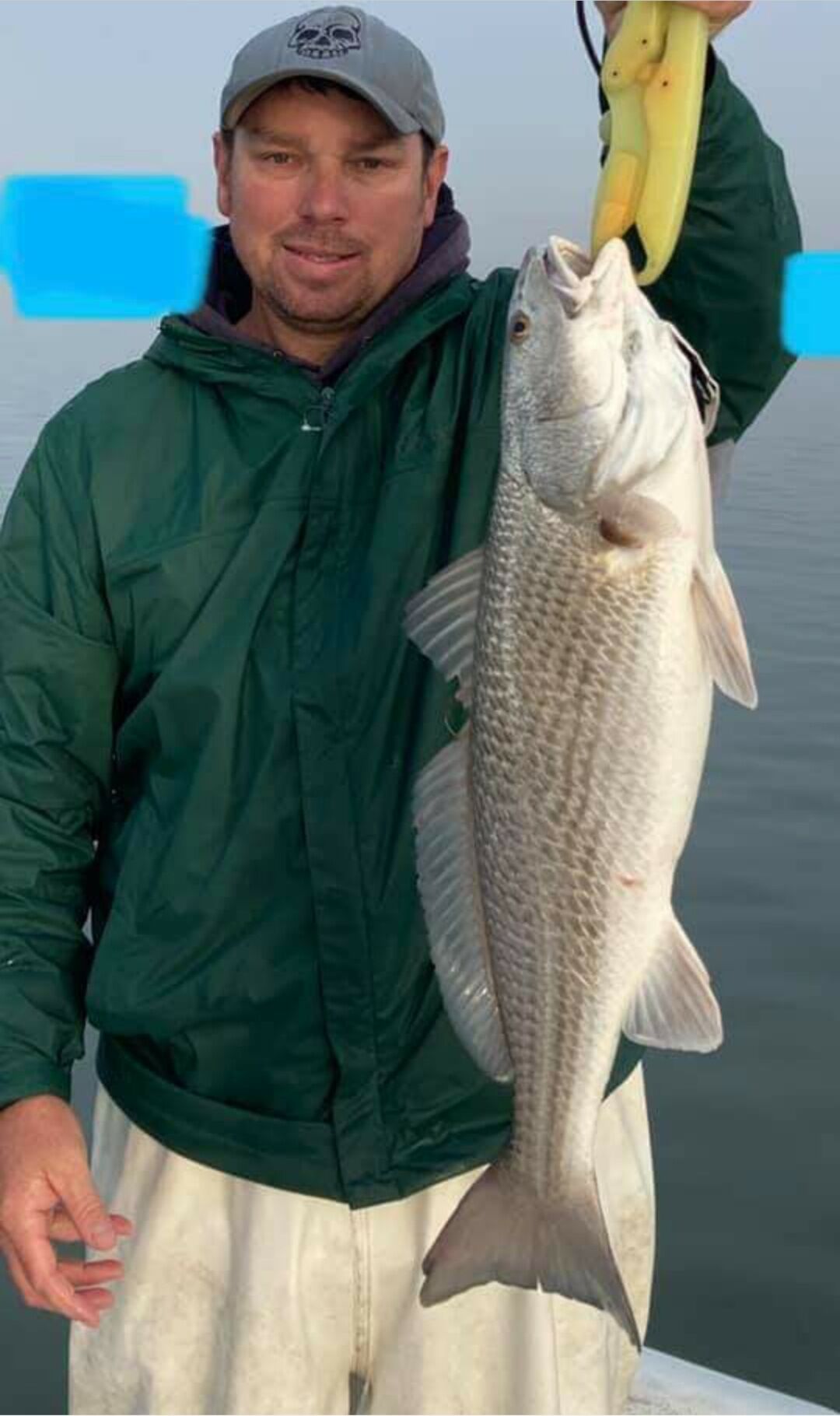 Capt. Skip with his redfish. 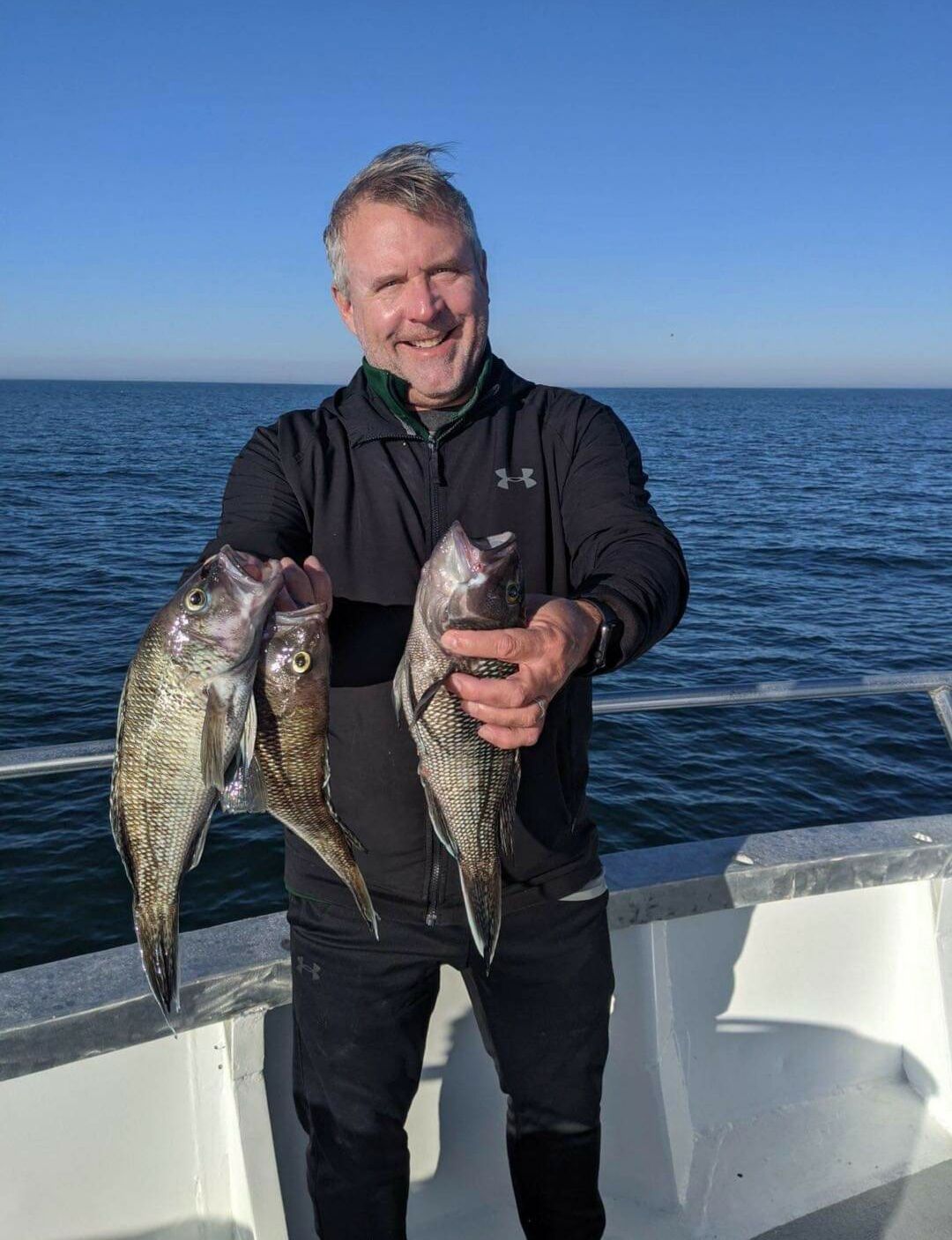 A nice sea bass collection for this angler. 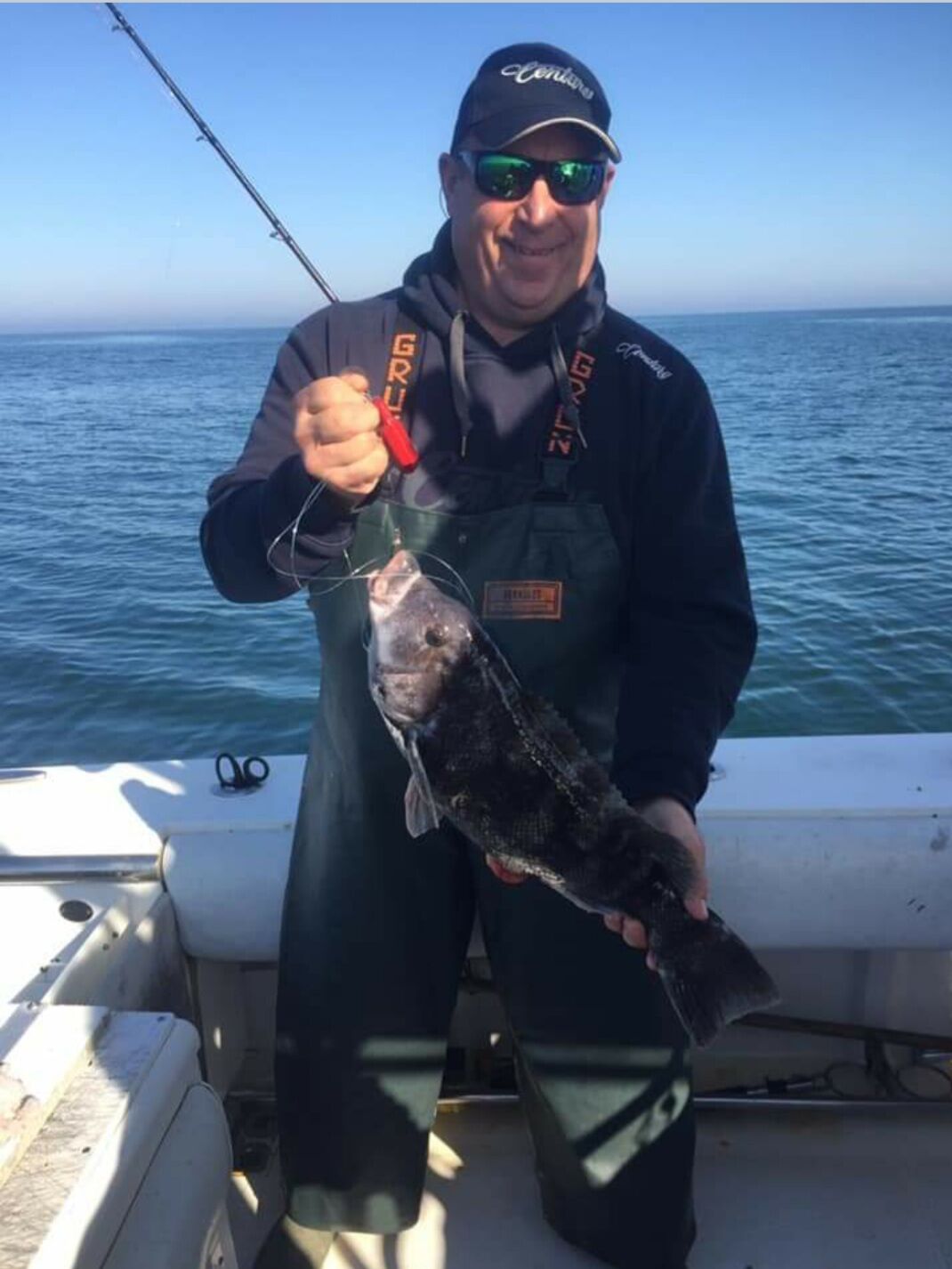 Nicer weather makes a difference, as far as the fishing community is concerned.

Boats can get out on the water, and individuals can go to the rock piles and sod banks. Baits can be tossed and fish can be caught. It’s needless to say, but the nice weather was a welcome change.

Once the wind calmed and the skies cleared, it was game on. The ocean, as well as the backwater, proved to be great areas to visit.

Also, don’t forget that the daily blackfish bag limit increased from one fish to five Nov. 16.

The Miss Avalon had a nice trip before the weekend. They visited new locations and were rewarded with sea bass, triggerfish and weakfish. They will be running their fall blackfish trips, so get ready.

The Porgy IV, with Capt. Paul, has been busy with trips producing nice sea bass, triggerfish, bluefish and porgies. There was a lot of action, but a fair amount of the sea bass were short and returned to the sea to grow for a future season.

The Miss Chris, which is fishing an eight-hour Thursday through Sunday schedule, has been doing well with sea bass. Their patrons have been coming home with multiple fish. Capt. John leaves the dock at 8 a.m., so call (609) 849-9453 if you have questions or want to check seating availability.

Their dock mate, the Sea Star III, continues to fish for sea bass, triggerfish, blackfish and other wreck and reef dwellers. They are sailing a six-hour daily trip that leaves the dock at 9 a.m.

They are scheduled to focus on blackfish now, but they will keep an eye open for sea bass. Those with questions can call (609) 884-3421.

Capt. Skip has the Stalker skiff in the backwater, where he has been chasing striped bass. He has been catching plenty of fish, including several keepers. Some fish are falling into the bonus-tag category, which only increases your chance to come home with dinner.

Skip also had the fortune of catching a great red drum. A size wasn't listed, but it appeared to fall within the legal parameters. He let the fish go so it could be caught another day.

The Brian Mingione party did well on their Nov. 9 charter, as their results reinforced the solid catch totals recently experienced by others. They loaded up on sea bass and caught their limit of one blackfish each for all the party's anglers.

The Fishin’ Fever recently sailed their final offshore trip of the year. It proved worthy, as an 85-inch, 200-pound swordfish led the way. They also landed a 110-pound bigeye tuna.

Just before the weekend, they took a charter out to the sea bass grounds and accumulated an easy boat limit of them while also catching a few dozen porgies, a solid weakfish, a triggerfish, and a few nice out-of-season flounder that were ultimately released.

Cape May Bait and Tackle reported that there were ample reports of sea bass and blackfish. The reefs, wrecks and rocks are the best bet for those fish.

Also in the report was word of some schoolie stripers. The beaches, and again the rocks, are your best bet for those. The bait that you’ll need is available at the store. Shucked clams, mackerel, mullet, squid, green crabs and bloodworms are available, depending on the fish you're targeting.

Thanks to Dave and Capts. Andrew and Stan, from the Sailor’s Delight. They contribute reports and pictures from April into November and provide ample information.

They have ended their trips for the year and wanted to thank everyone “for a great 2020 season." Their tentative schedule is out for 2021, and they plan on seeing many people at the Wildwood Fishing and Boating Expo. The dates of the show are still to be determined. Thanks, guys, for your weekly contributions, and enjoy your break.

Finally, congratulations go out to Trevor Seits, who landed his first keeper swordfish. I’ve fished with Trevor, and I know he puts his time into his passion. Excellent job, Trevor, and I’ll be looking for you on blackfish trips.

Usually, the fish are moving south now, but the water temperature is still to the liking of many species. The recent flounder and redfish catches are interesting to see at this time of the year. Also, it's gratifying to see the nice, steady catch of blackfish and sea bass.

Grab your gear, and good luck if you get onto the water. Take care and I’ll see you around.

Submit your fishing news and photos to mrobbins@cmchearld.com.