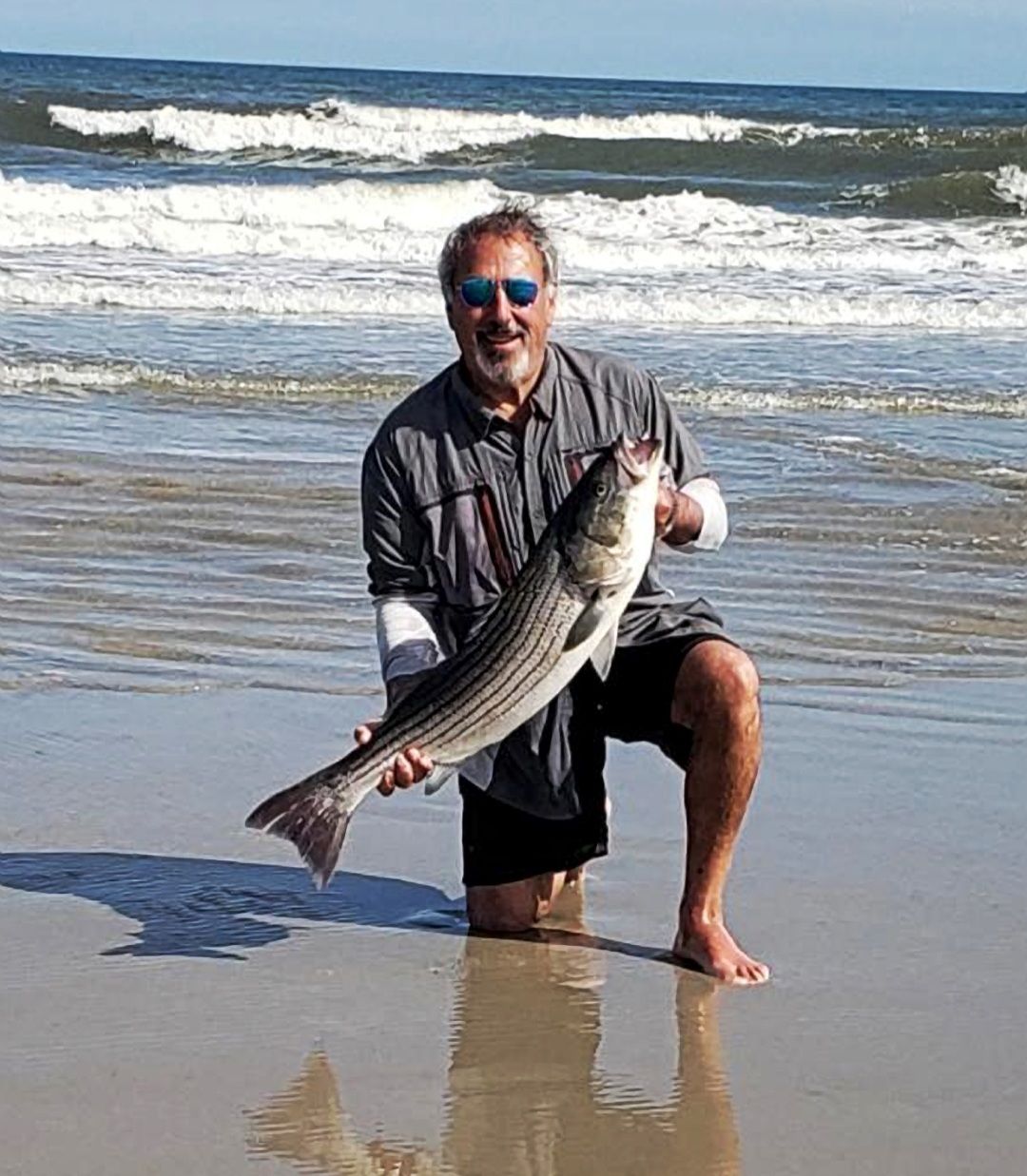 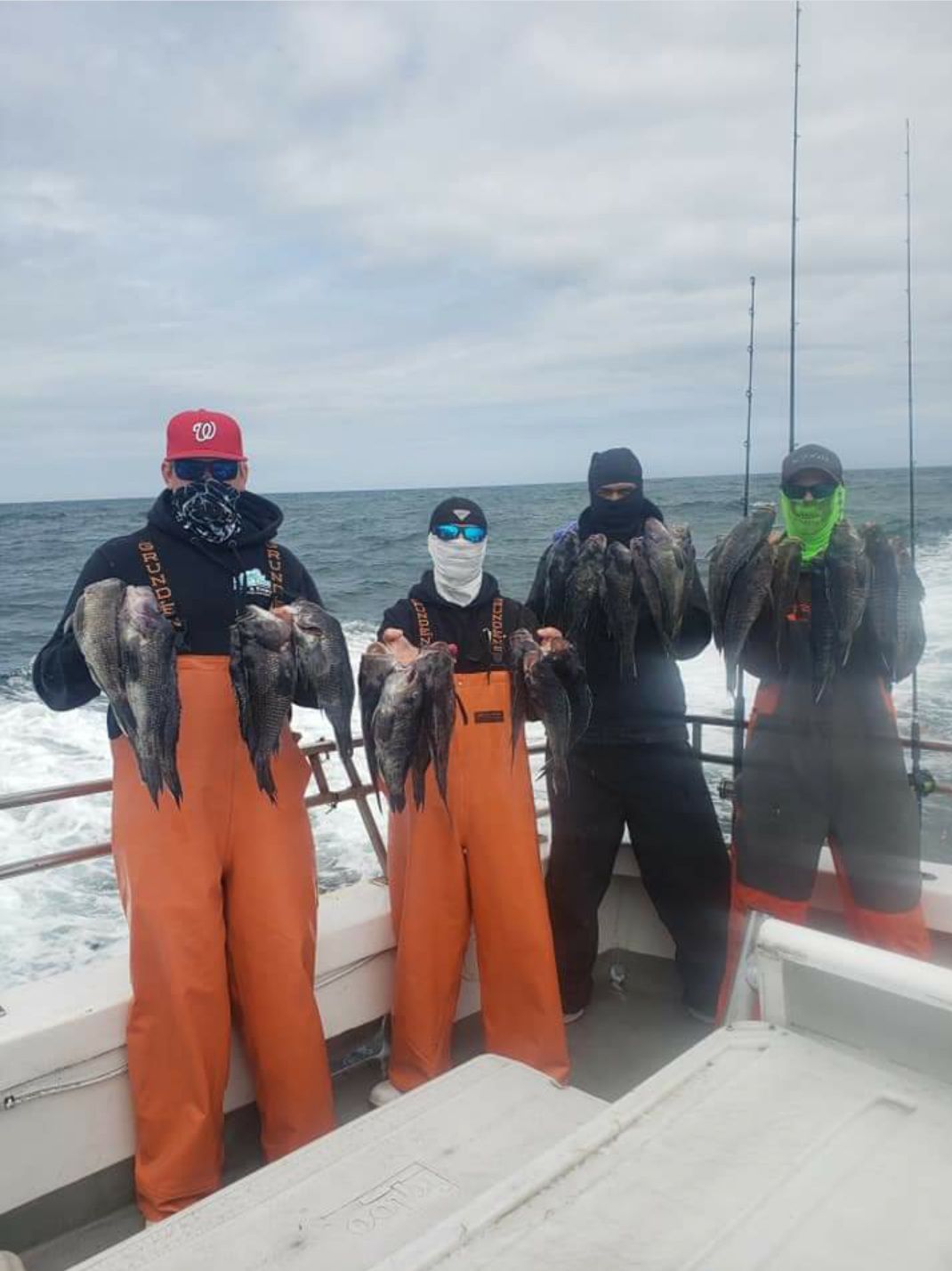 A happy group of anglers with their sea bass. 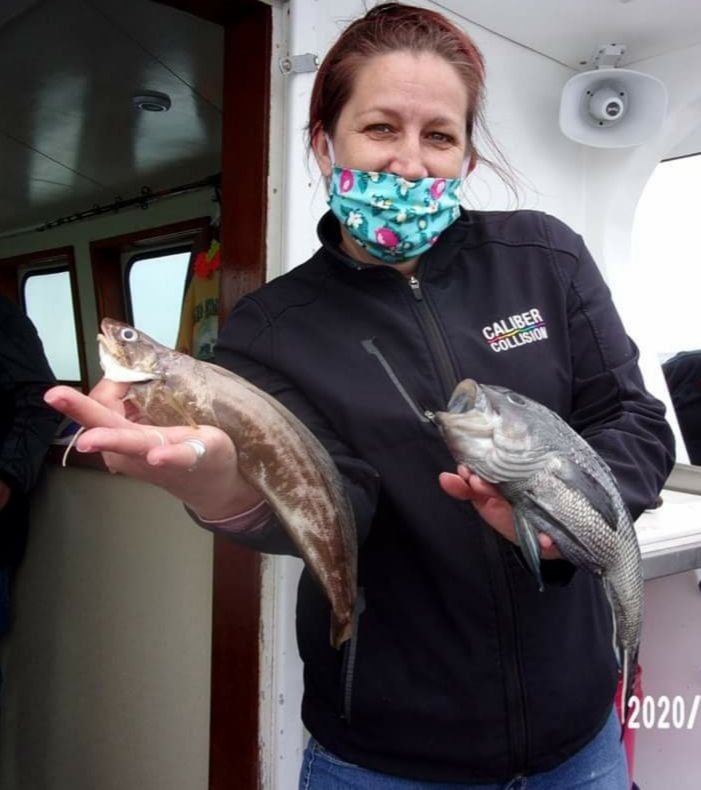 A happy lady, with her mixed-bag catch. 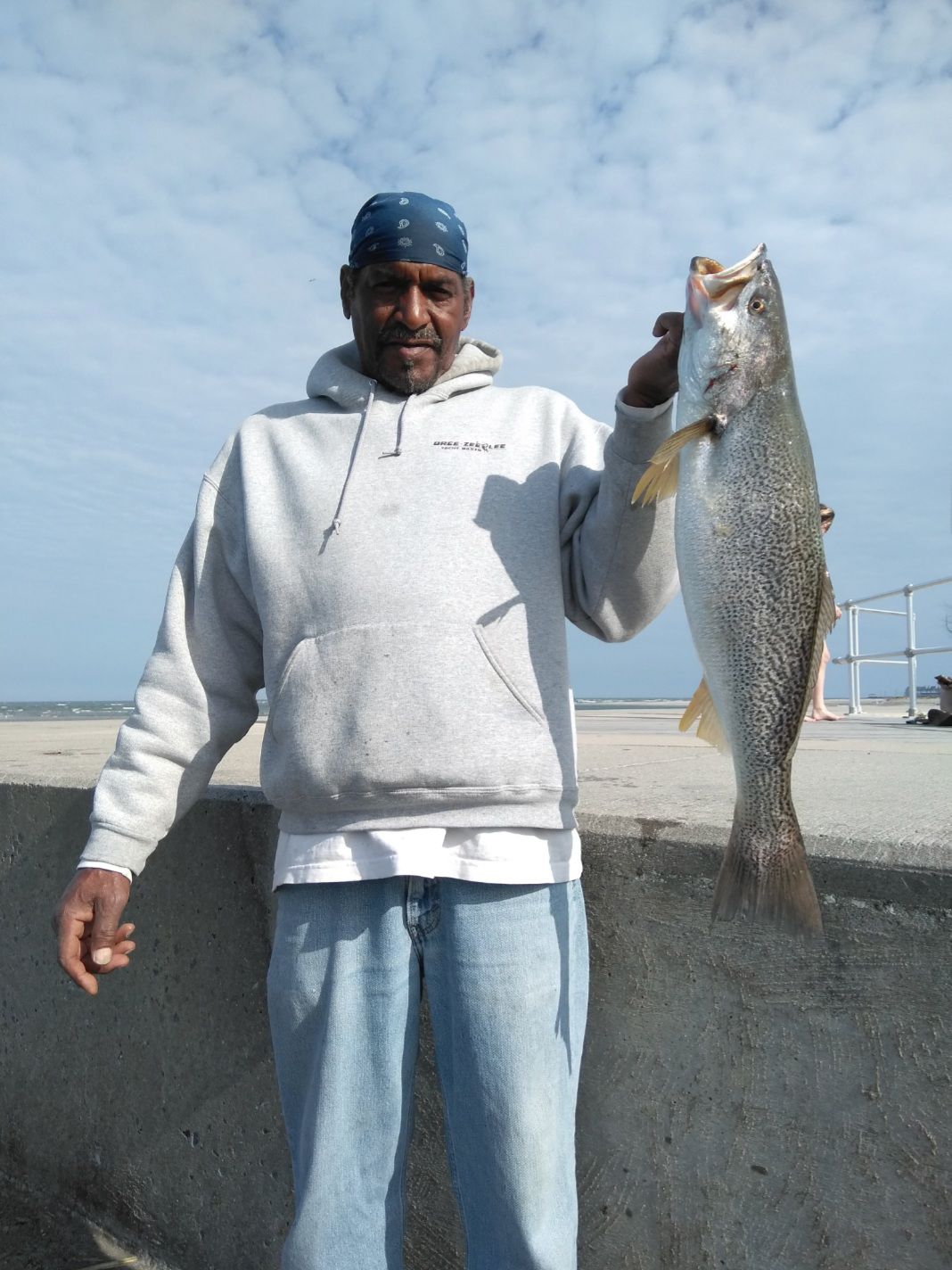 Ira Smith, with a nice weakfish.

Finally, it's about time, and Hooray!

You might have heard or said some of those short phrases when the local fishing fleet was finally permitted to allow anglers aboard before leaving their respective docks.

By the morning of May 17, boats were ready, anglers were aboard, in a controlled amount and with special rules, and fish were caught. Now, if the wind cooperated, everything would be great.

Don’t forget the flounder season just opened, too. Let’s check out what transpired.

The first report from the local fleet arrived from Capt. Chuck and the Sea Star III. They happily hit the fishing grounds May 17, while enjoying their time reacquainting with friends. The fishing results were “less than ideal," as was the weather, but the biggest triumph was being out on the ocean.

They mainly caught short sea bass, but there were keepers included. That sent some home with a tasty dinner. They are looking forward to more productive trips as they settle into the new routine.

The Cape May Lady was also out that day. They did double duty because, after a sea bass trip in the morning, they went out for drumfish in the early evening. They did well on the morning trip by returning with nice numbers of sea bass for their patrons, and then were also able to bring a few drums over the rail during the later trip.

They also were able to slip out May 18 and had a photo of a nice drumfish for the efforts.

The Porgy IV and Capt. Paul had folks ready to go May 17, and rewarded them with a day of “good action."

Paul reported that the anglers needed to cull through many fish to get their limits. Honestly, that’s not such a problem to have. I’m sure every angler loved the action.

Most boats were stuck at the dock due to the weather throughout the week. Call your favorite captain and see what they are fishing for. Most boats this time of year run a combination trip, featuring a sea bass or flounder trip during the day, then a drumfish trip from late afternoon until around 10 p.m.

When you call, you can also confirm a reservation for the trip. Places at the rail are a premium now, so don’t hesitate.

The beaches are producing a variety of fish, as drumfish, striped bass and kingfish are being caught from the surf. Clams and bloodworms are the hot bait if you get a chance to go.

Let’s review reports from the beach.

Sterling Harbor Bait and Tackle said that Ira Smith, of Court House, landed a solid weakfish. From the picture, it easily looks to be in the 5-to 6-pound class. I’ve known Ira for several years, and I know he puts in his time on the water. Nice catch, Ira, and I’ll catch up with you out there.

Cape May Bait and Tackle reported nice drumfish (no weights included) for Joe Magee and Tony L. Both were taken over the weekend, with Tony’s being one of the larger fish caught this spring.

Boulevard Bait and Tackle had plenty of reported catches over the weekend. Drumfish were caught from the beaches in Sea Isle. Most anglers were sufficient for one fish, but Gary and John collaborated to bring three to the store for a photo.

Sunday, May 18, produced kingfish, striped bass, weakfish and more drumfish, even though windy conditions ruled the morning. One catch to note went to another angler named Gary, who stopped in with a 31-inch, 15-pound striper he caught while fishing at the southern end of Sea Isle. He used fresh bunker to entice the striper to bite.

Sea Isle Bait and Tackle also saw some nice catches visit the store. One catch to mention was made by Joe Roccia, who visited with a weakfish that registered 4.5-pounds on the scale.

An important reminder, also from Sea Isle Bait and Tackle, was to make sure you take minutes to register for the saltwater fishing registry. Visit the Division of Fish and Wildlife website and follow the link. It’s free and required.

As they said, it’s been a “crazy spring,” so this item may have easily been overlooked. Thanks for the reminder.

A thank you to reader Manoli Kyp, who submitted a report and picture of his 37.5-inch striper he caught in Wildwood Crest recently. He caught it on fresh clam. Thanks for reading and contributing to our report.

Mark June 27 on your calendar because it’s the day of the 14th Annual Grassy Sound Marina Flounder Tournament. This will be a modified version of their annual tournament. More details will be released at a later date.

Well, as things warm up, both fish and temperature-wise, and the wind calm, hopefully, more of us will be able to get out and wet a line. Fish safely, enjoy the time on the water, and catch yourself a fresh fish dinner.

If you get out, let us know how you did. Take care, and I'll see you around.