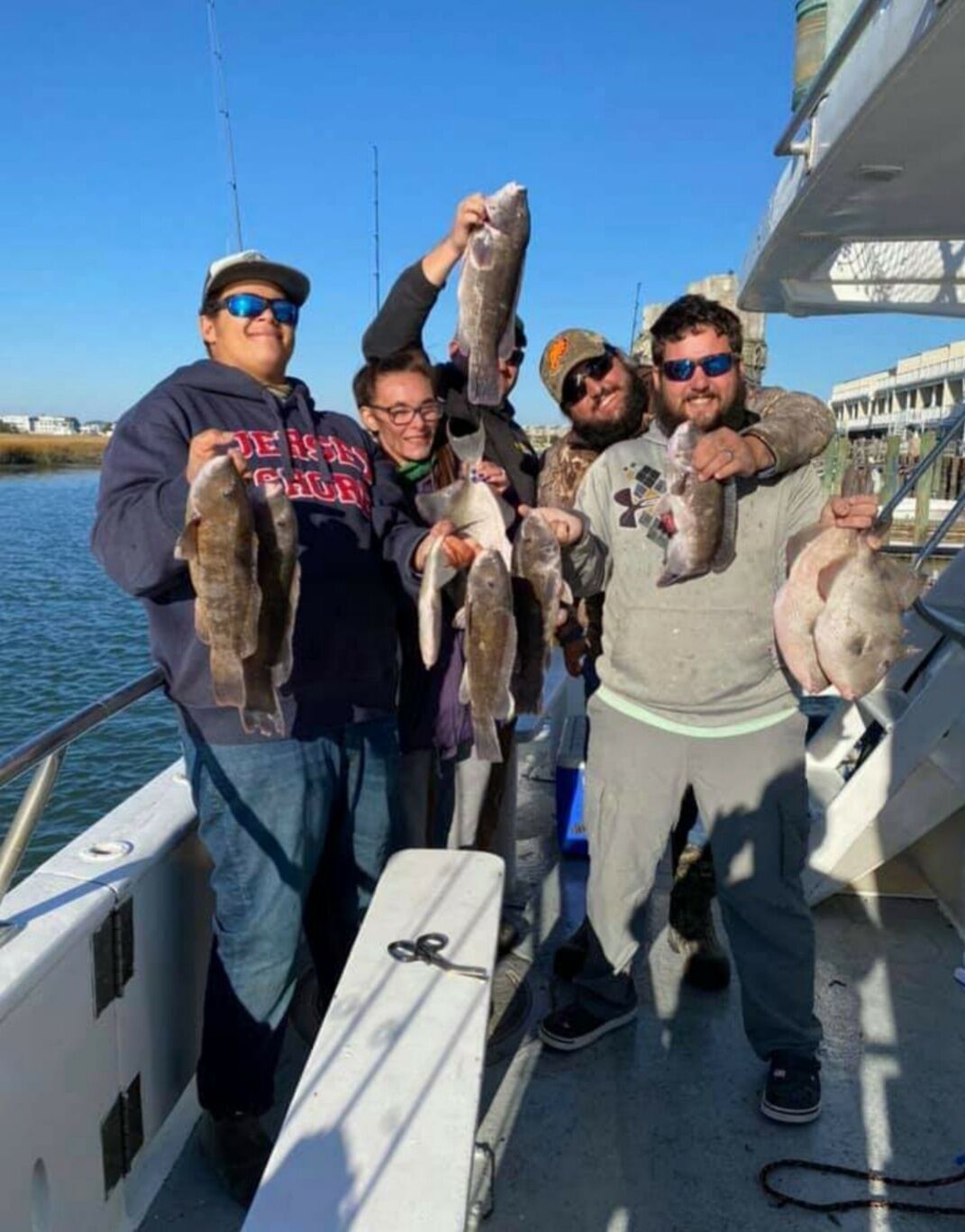 Happy anglers and their catches. 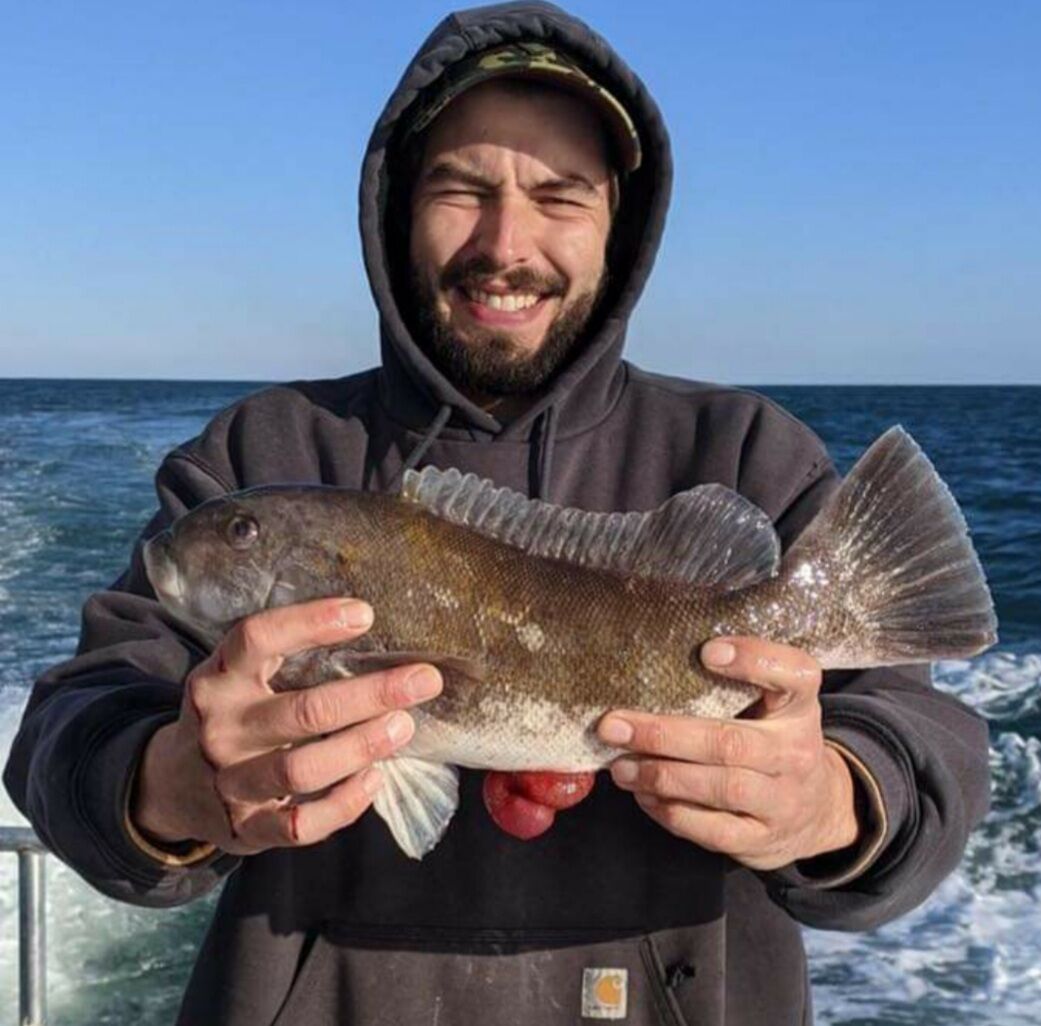 An angler and his tog. 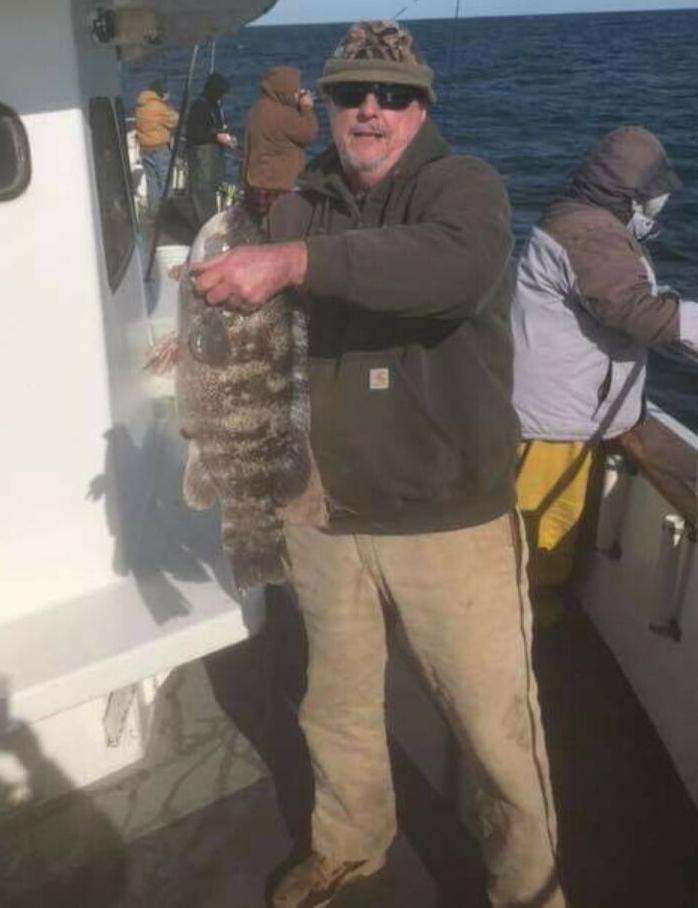 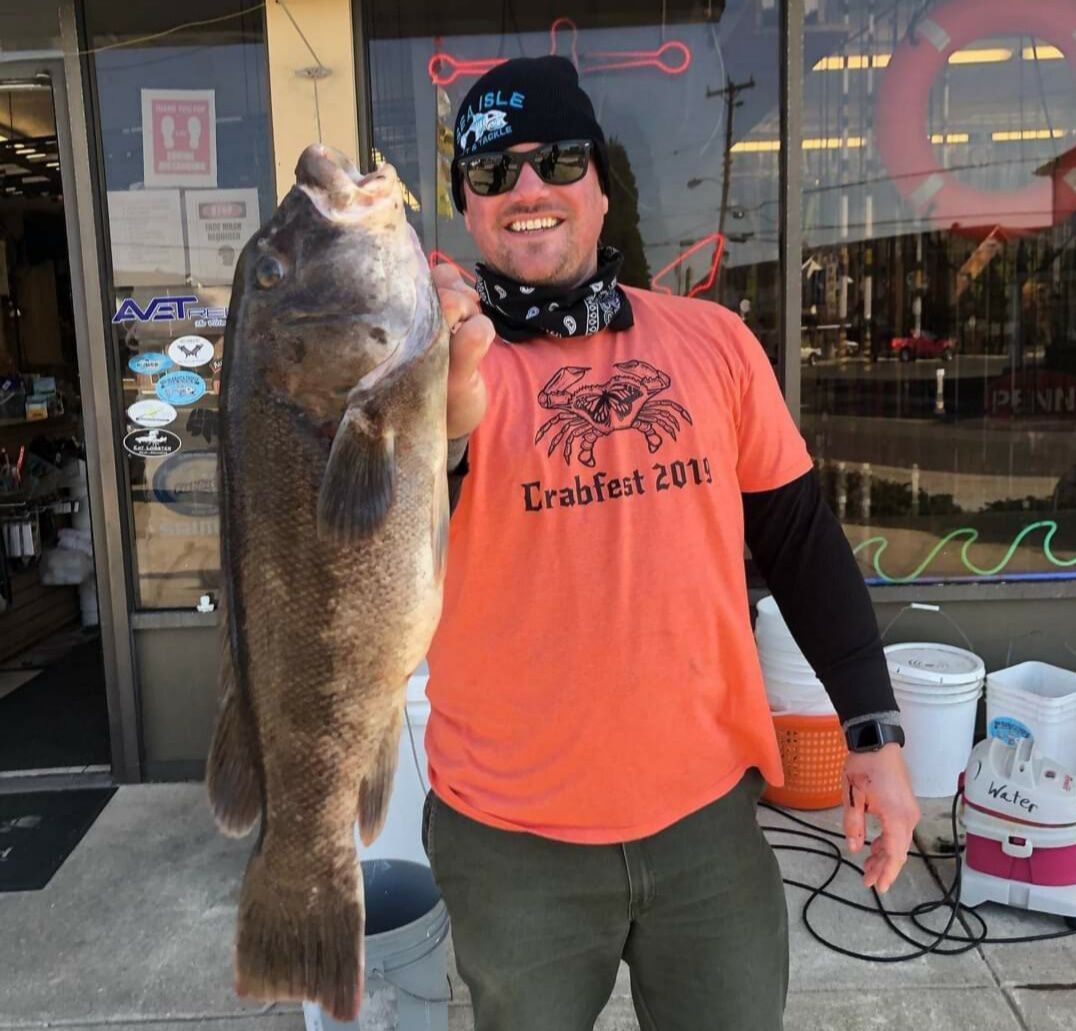 Chris and his 6.75-pound blackfish.

Happy Thanksgiving to the readers. Good luck if you go fishing before your dinner Nov. 26 or anytime during the weekend.

When the wind and the latest storm blew through on the night of Nov. 14 into the following morning, it promised to make for a challenging opening day for blackfish season.

Some anglers made it out while others may have braved a trip to a favorite local bridge or rock pile, but even that would have been an adventure.

The Miss Avalon got out on the water Nov. 15 to take advantage of the blackfish season's first day. They reported a slow fishing day, as the wind came into play. Still, though, they caught some keeper blackfish and nice triggerfish. Call 609-967-7455 to see when they will be sailing and to get a seat.

The Porgy IV was out Nov. 14 before the big blow came through. The nice conditions produced plenty of action throughout the day, as many sea bass and porgies were caught. When the day ended, everyone left with some nice fillets.

Capt. Paul will now swing his focus to blackfish and plans to stay on them through the end of the year. Call (609) 884-1214 to set up a reservation for the day of your choice.

The Porgy IV’s Nov. 19 trip featured Charles Kodachrome winning the pool, with a 7-pound blackfish. Mike Youcis, Mr. Mak and Sam Oh all limited out. Vernon Williams had a nice blackfish and a triggerfish as part of his catch for the day.

The times are busy at Sea Isle Bait and Tackle. Blackfish and striper reports have been coming in, with nice stories of each being caught. Nice blackfish were caught by Vince, with a 5-pounder, which was bested by Dave, with a 6.45-pounder, and that was topped by Chris, who weighed a 6.75-pound fish.

Striped bass were being caught in the back bays, as Drew T. reported that he went seven for eight on his bites. Mark L. had four fish during in hour that included a keeper for his dinner table.

If you are heading for the backwaters, grab some live Spot. They seem to currently be the bait of choices for stripers.

If you’re artistic and creative, don’t forget to check out the contest that the NJ Division of Fish and Wildlife is running. The Hooked On Fishing - Not on Drugs logo contest has been extended until Dec 31. The contest is for all New Jersey students 21 and under who want to help update the logo while creating a unique representation of the program.

If your logo is the winner, it may be used in all media, which includes online, print and all equipment and items used for the program. For more information and to learn how to participate in the contest, visit www.njfishandwildlife.com/hofnod_logo-contest.htm. You can find out more information about the HOFNOD program by going to www.njfishandwildlife.com/hofnodnj.htm.

With the wind and rain, there was a slow week. Hopefully, the weather starts cooperating and we all can get out and fish.

Head to your favorite boat, be it a party boat or a six-pack, and give the captains some business. They are waiting on you.

Good fishing, take care and I’ll see you around.