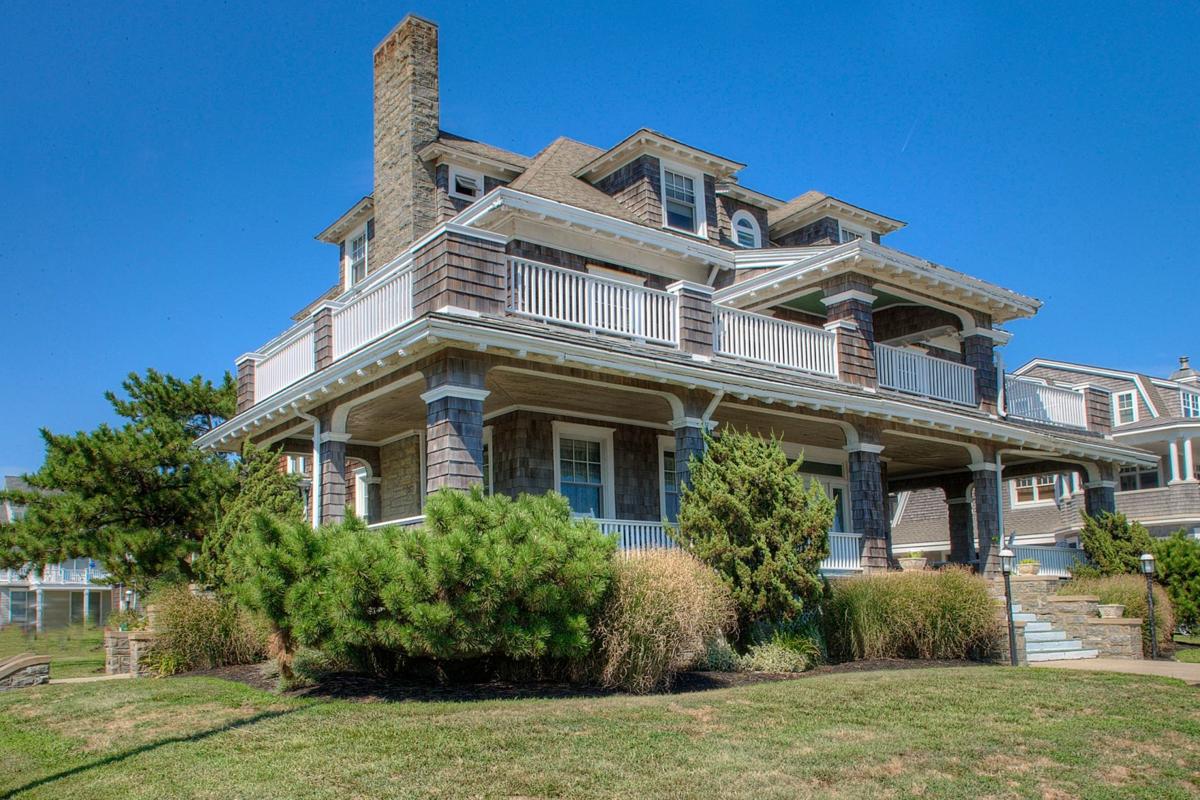 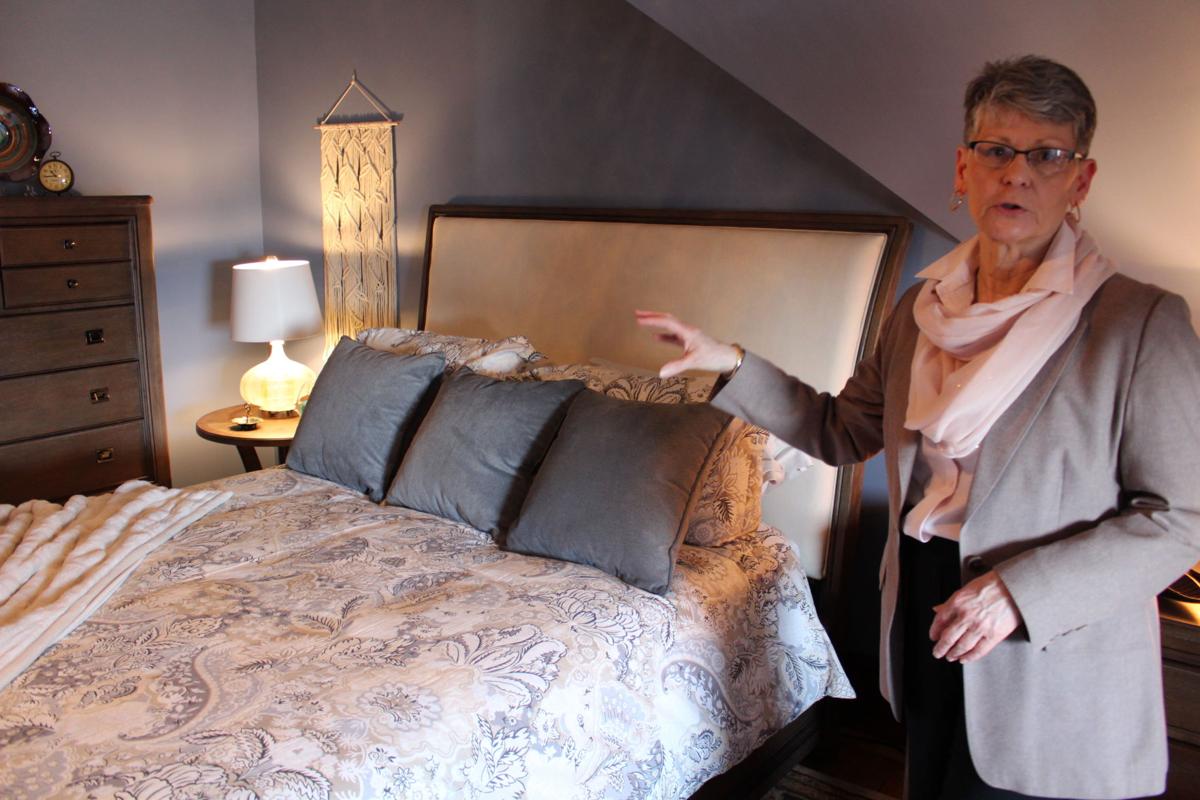 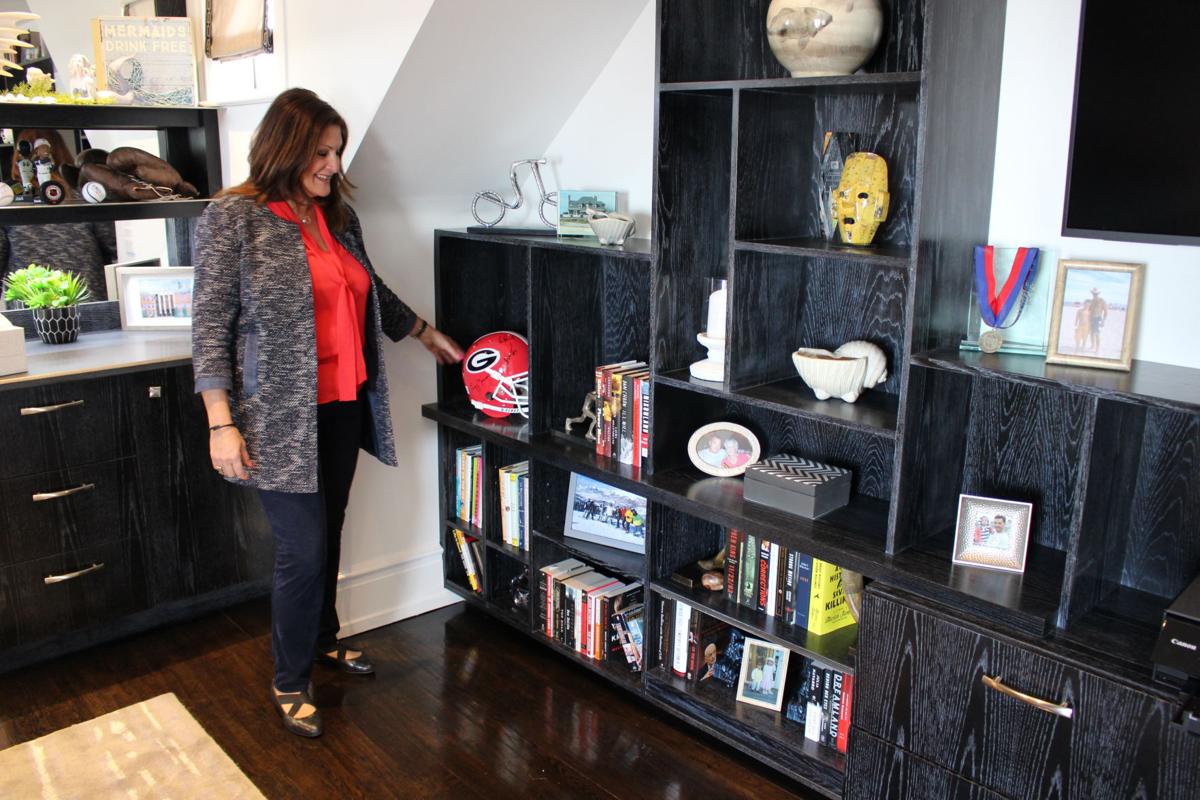 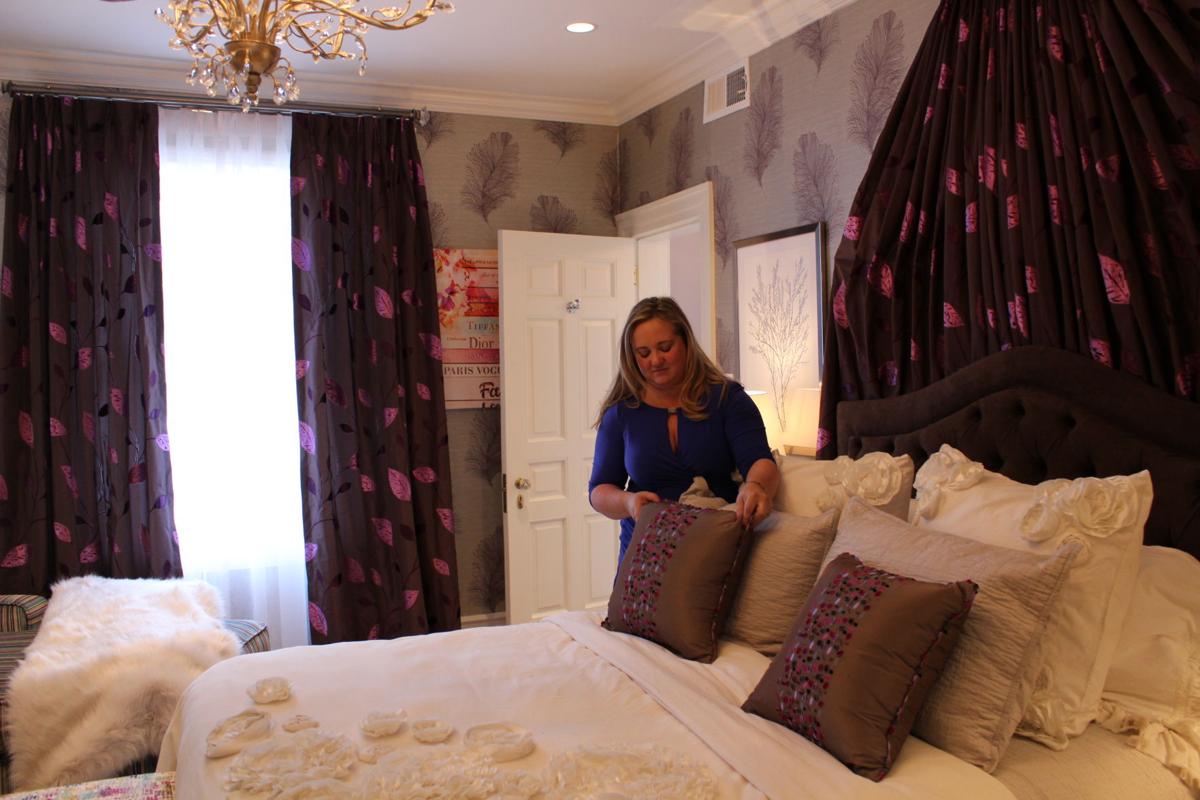 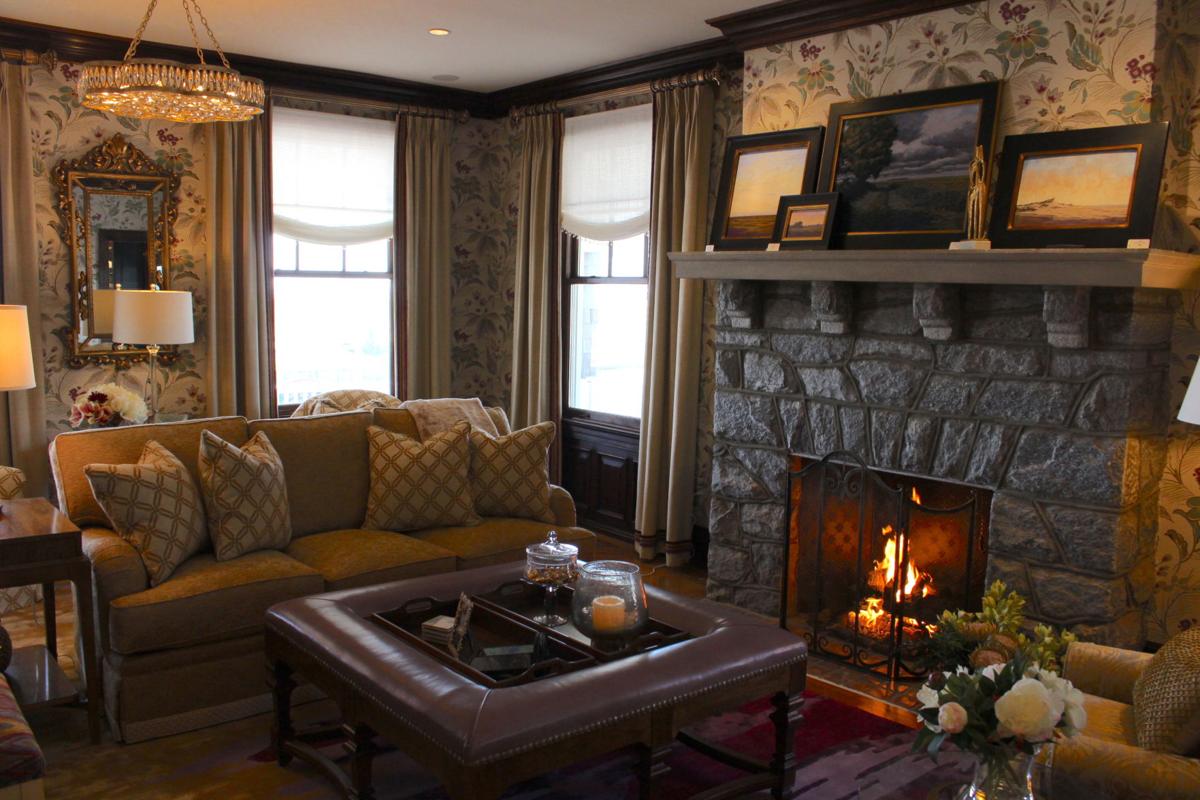 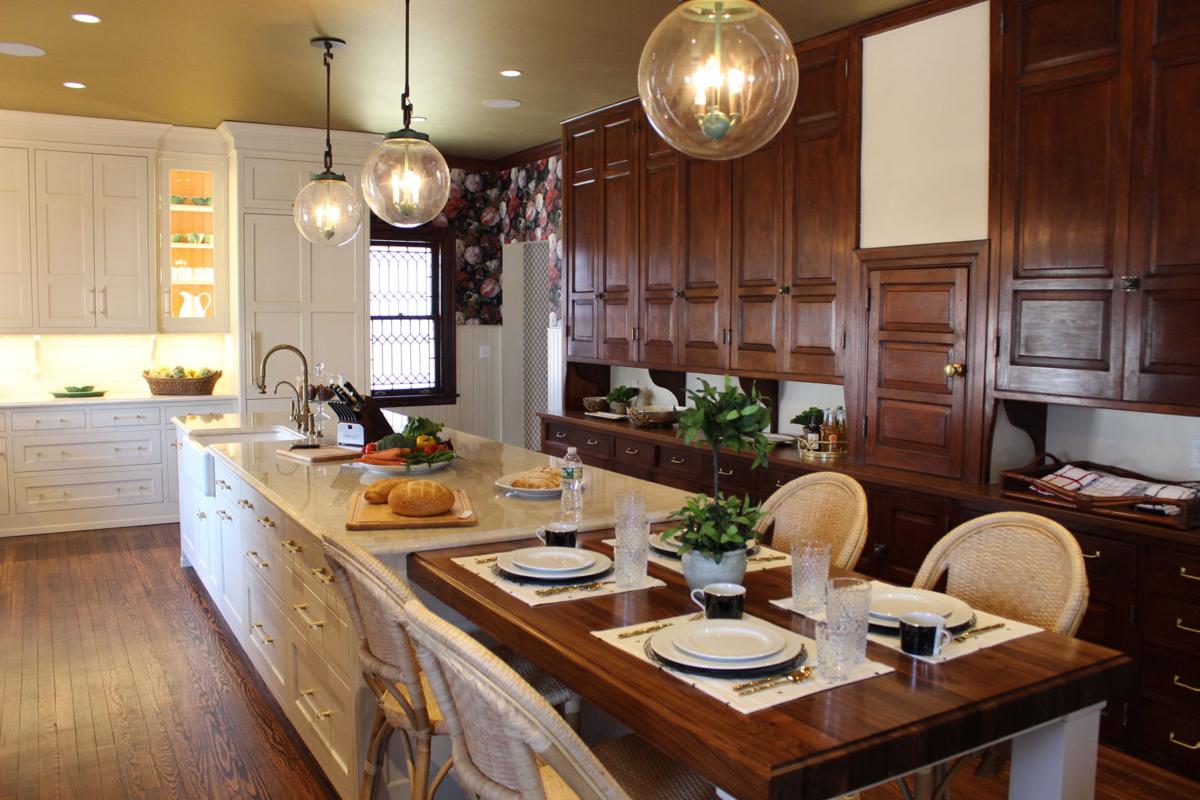 CAPE MAY – After the 1893 depression stunted growth in Cape May, a group of Pennsylvania businessmen came up with a plan to make America’s oldest seashore resort modern and swanky.

The East Cape May project to develop the swamplands east of the main thoroughfare aimed to construct the fanciest and most expensive homes around.

Houses had to be built over 20 feet back from the curb and carry prices of at least $5,000.

In 1911, John P. Forsythe built one of the largest and most expensive of the mansions: a shingle-style “cottage” with three floors, two wraparound porches and a dozen bedrooms - many with private baths - at 1601 Beach Avenue.

One hundred and seven years later, the late Victorian that cost $35,000 to build received a $2.5-million restoration and will temporarily open to the public starting this month.

The John Forsythe house is the 10th “Designer Show House” through which the Mid-Atlantic Center for the Arts and Humanities, Inc. (MAC) has led tours since 2005.

MAC’s show houses are professionally redesigned historic houses that private homeowners open for tours. MAC show houses benefit all parties involved, according to Susan Krysiak, MAC spokesperson: proceeds from tour tickets go to nonprofit MAC, the homeowner gets design advice from MAC, interior designers get recognition, and the public gets a look at an architecturally significant structure.

“The people coming have a love of homes, they love design and it’s a chance to get into homes they don’t get a chance to see,” said Nancy Burton, a designer with Harvey-Burton Interiors.

In 2016, Pat McGonigal, a private investor in Princeton, his wife Kris and their teenage daughter were spending their summers at their 1915 Craftsman on Washington Street, when a friend told McGonigal he was selling a beachfront mansion he had bought as an investment.

“If there’s one thing that would make me give up the house I have – because it’s a fantastic place – it would be something on the beach,” McGonigal said.

The Craftsman they were previously living in was the first Designer Show House, and McGonigal bought it in 2007 as his own place at the shore.

“Once he got married – they’ve been together seven years now – he decided this would be a great project for them both,” Krysiak said of the Forsythe house. “They needed a place that was theirs.”

Soon after McGonigal bought the house, he called MAC to offer it as a show house. Seven designers, one surround-sound company, and a landscaper worked on the Forsythe house.

It was expected to open last year, but it was not ready in time for the season.

“It needed a lot of work,” McGonigal said. “The carpeting was this sort of industrial gray… a lot of these beautiful hardwoods, you couldn’t see them, they were covered.

“And the palette was sort of brown and yellow and green,” he added.

Designers balanced historical accuracy with modern features and the residents’ personalities. The fireplace, as well as most of the banisters, doors, hardware, cabinetry, hardwood floors, and leaded windows, were kept original, but each room received the touches of the designer to whom it was assigned.

Mary Jo Gallagher of Greystone Interiors designed the parlor to look like the lobby of an old-fashioned hotel, right down to a custom-built pool table, bar, and card table.

“We wanted to have a masculine feel in the room,” she said.

When Vera Bahou of Designhaus Interiors designed McGonigal’s office, she asked for his favorite mementos and had a custom shelf built to display them.

“That’s what the owner wanted,” she said.