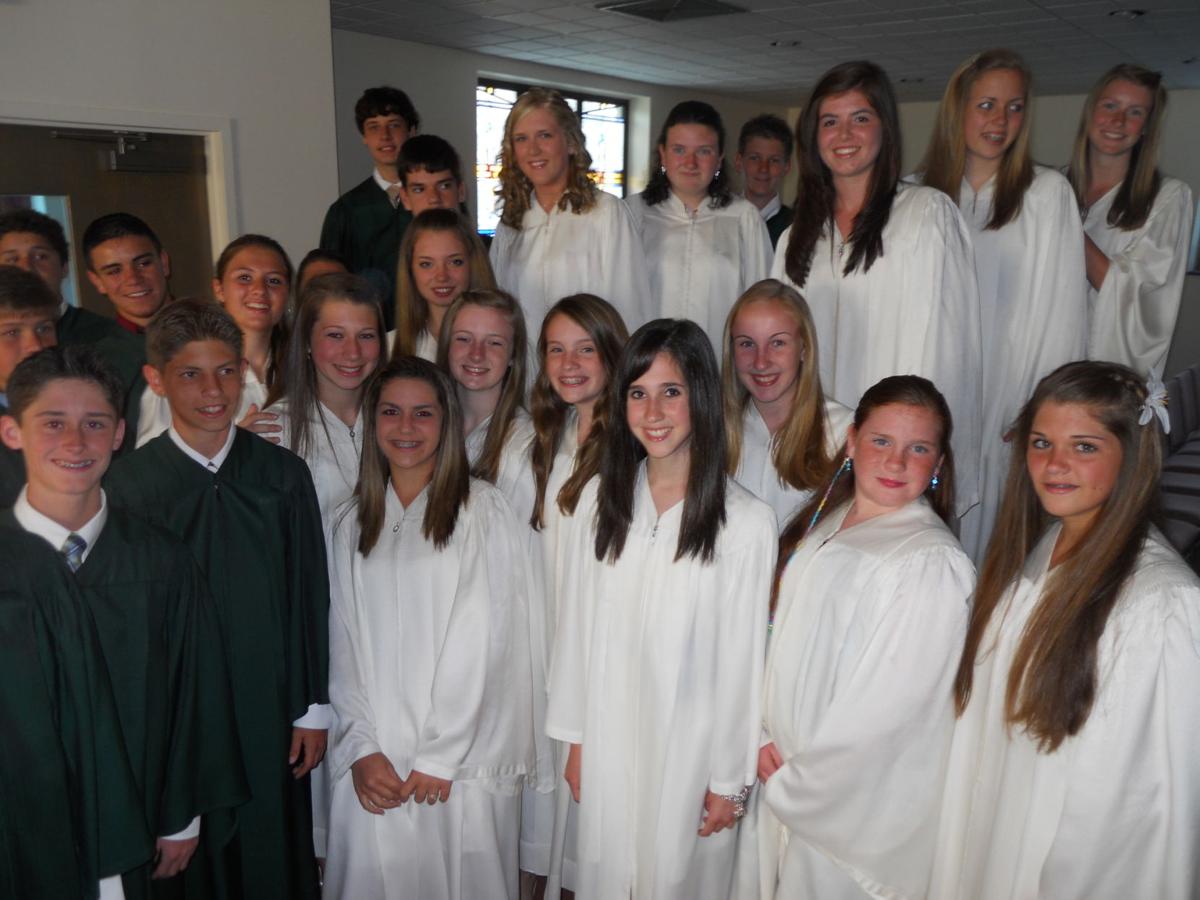 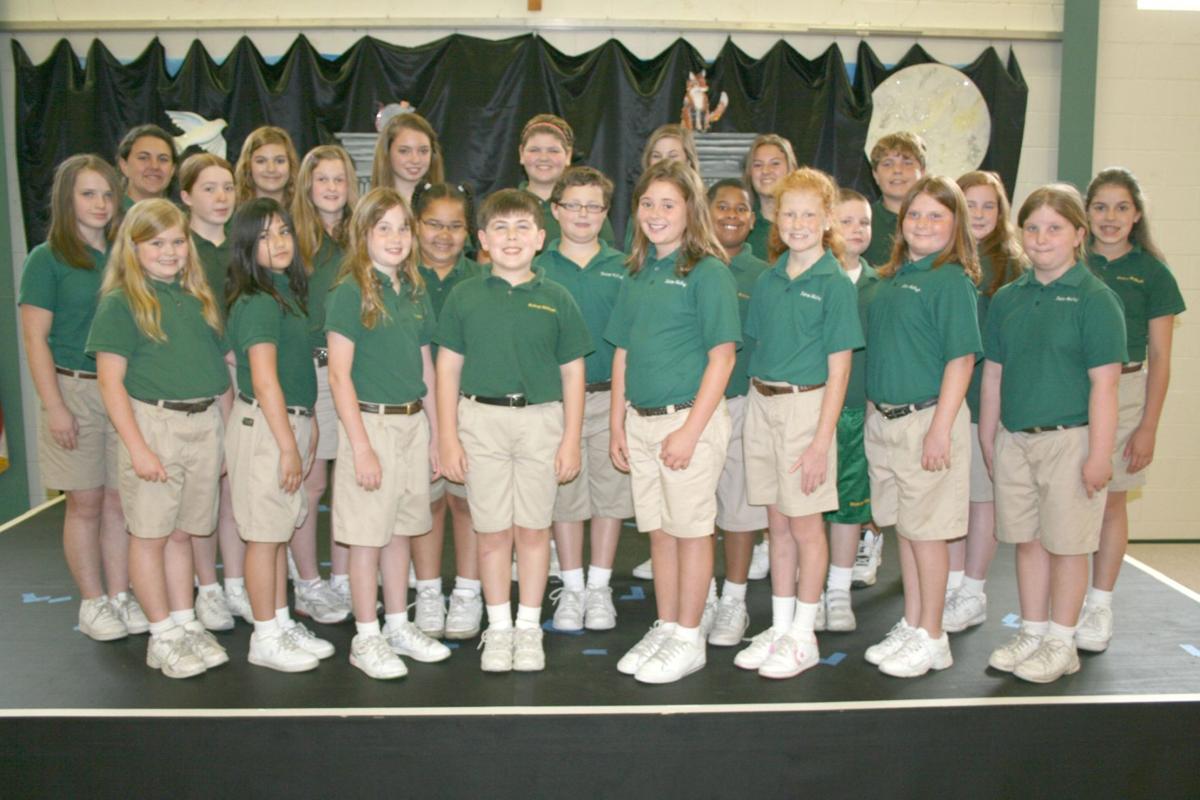 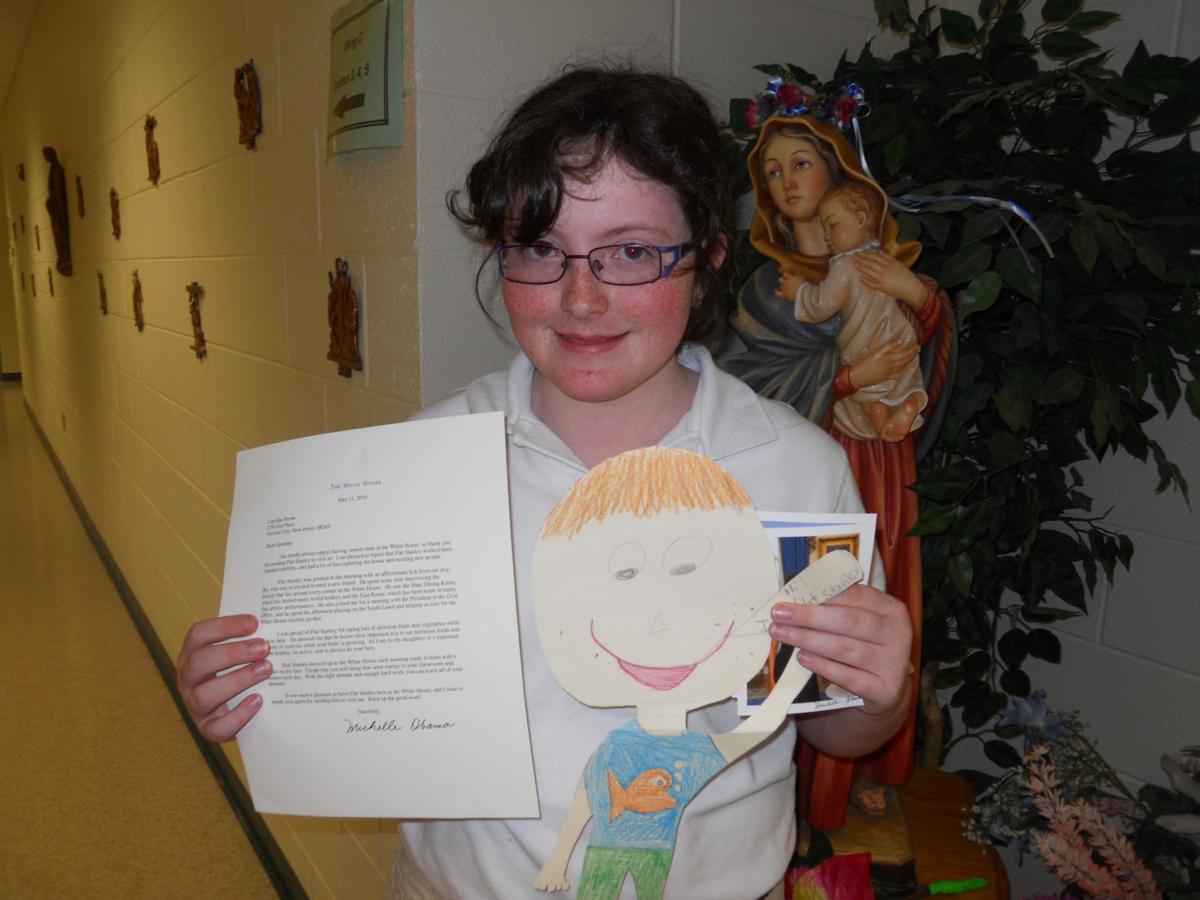 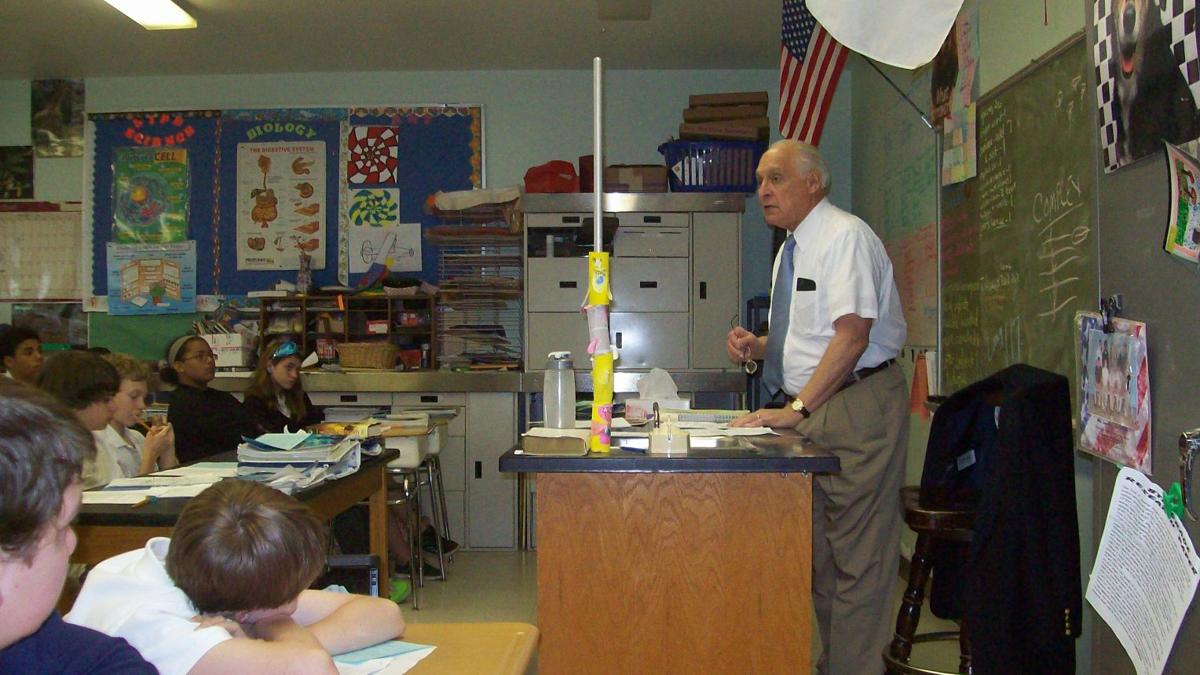 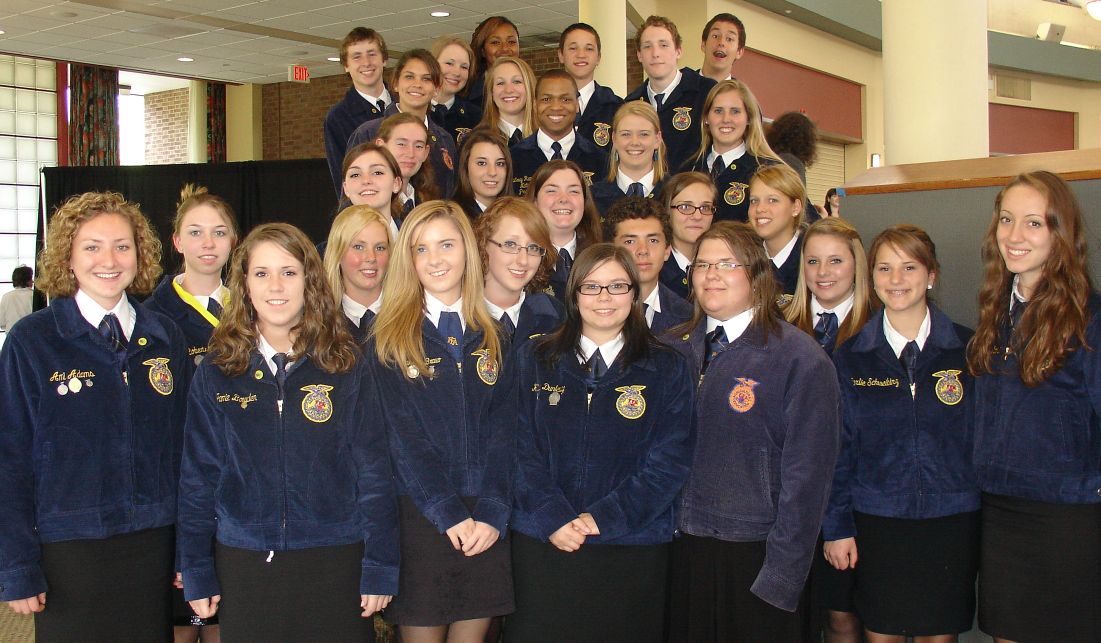 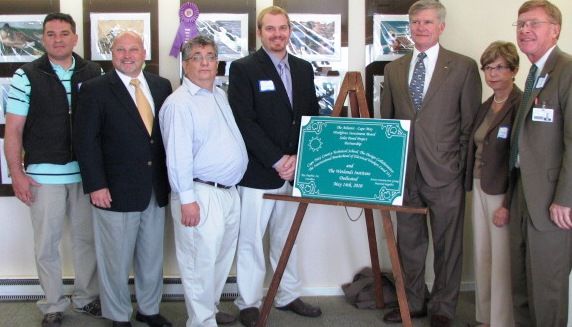 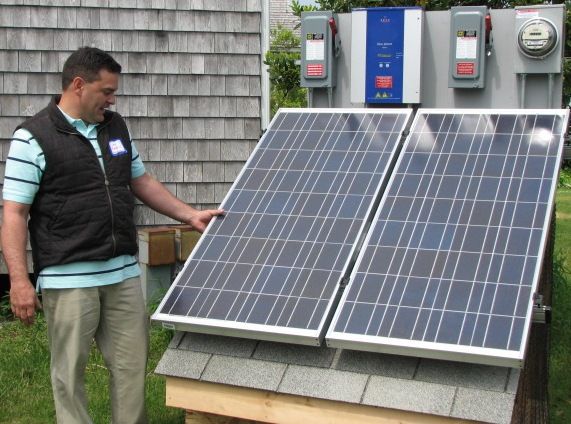 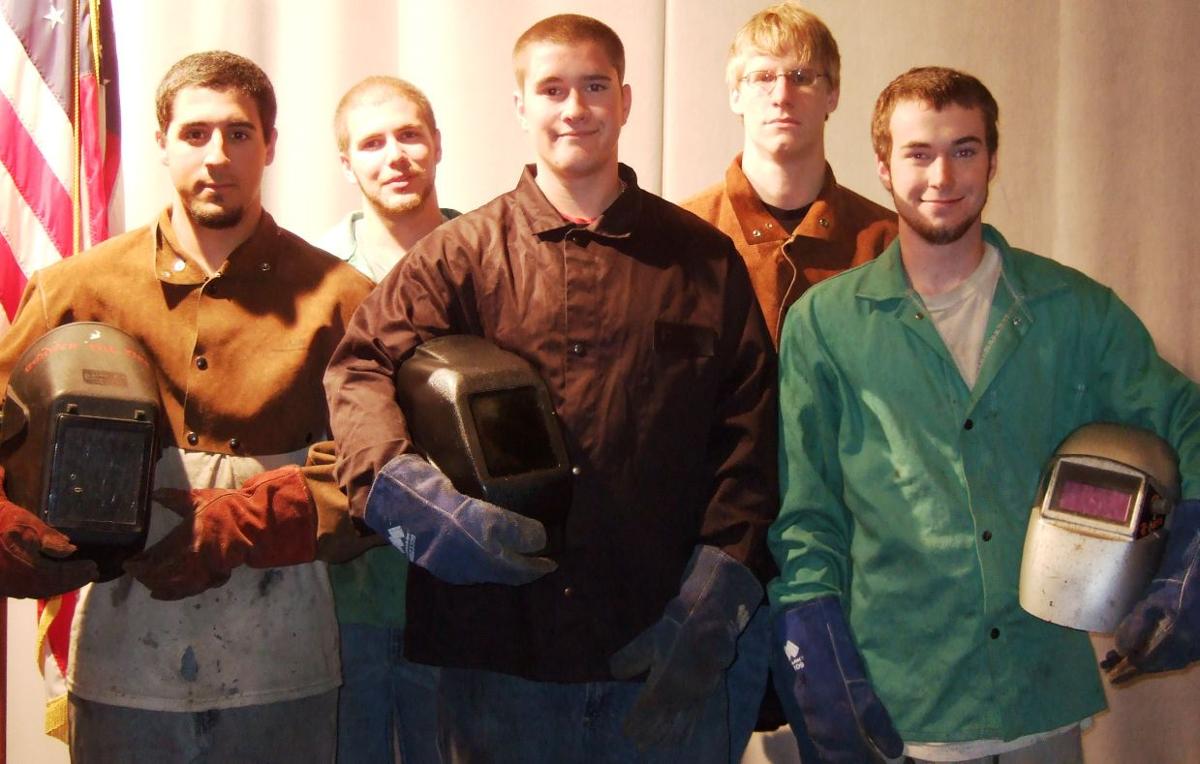 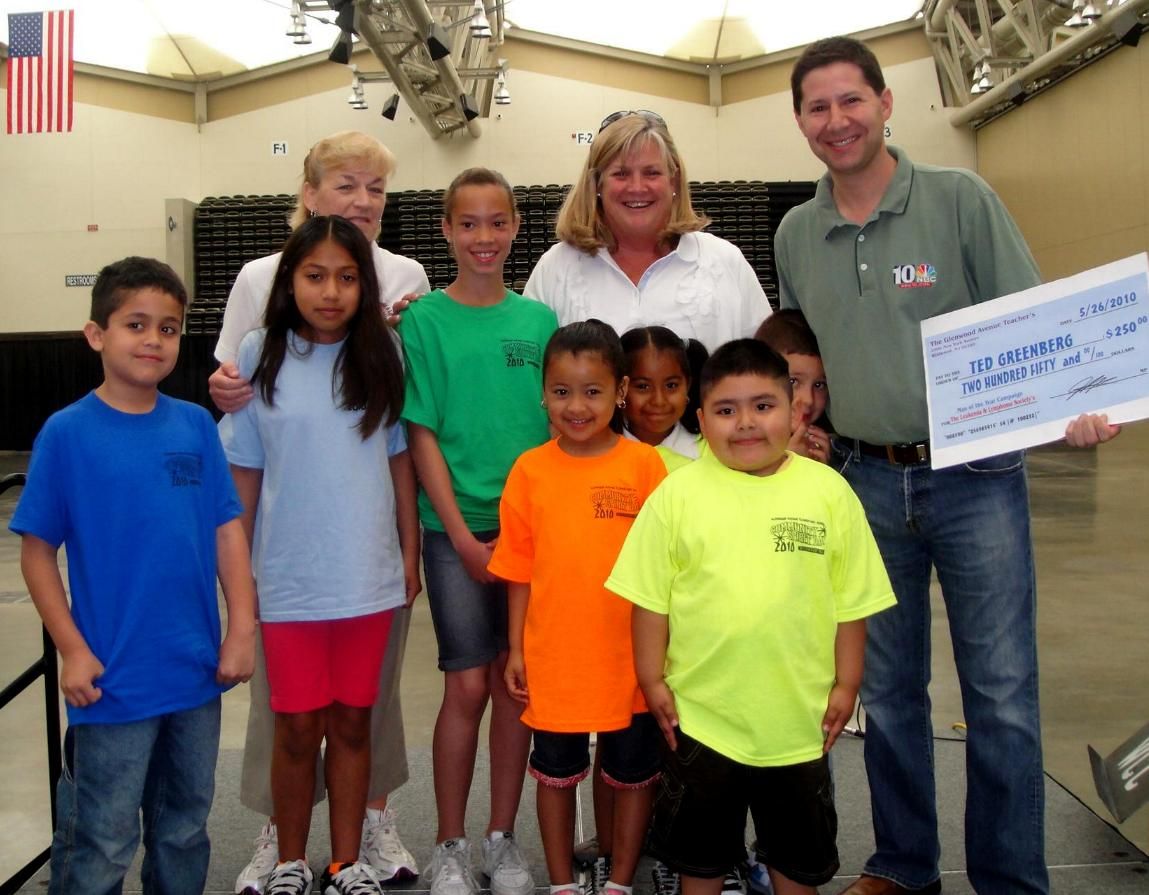 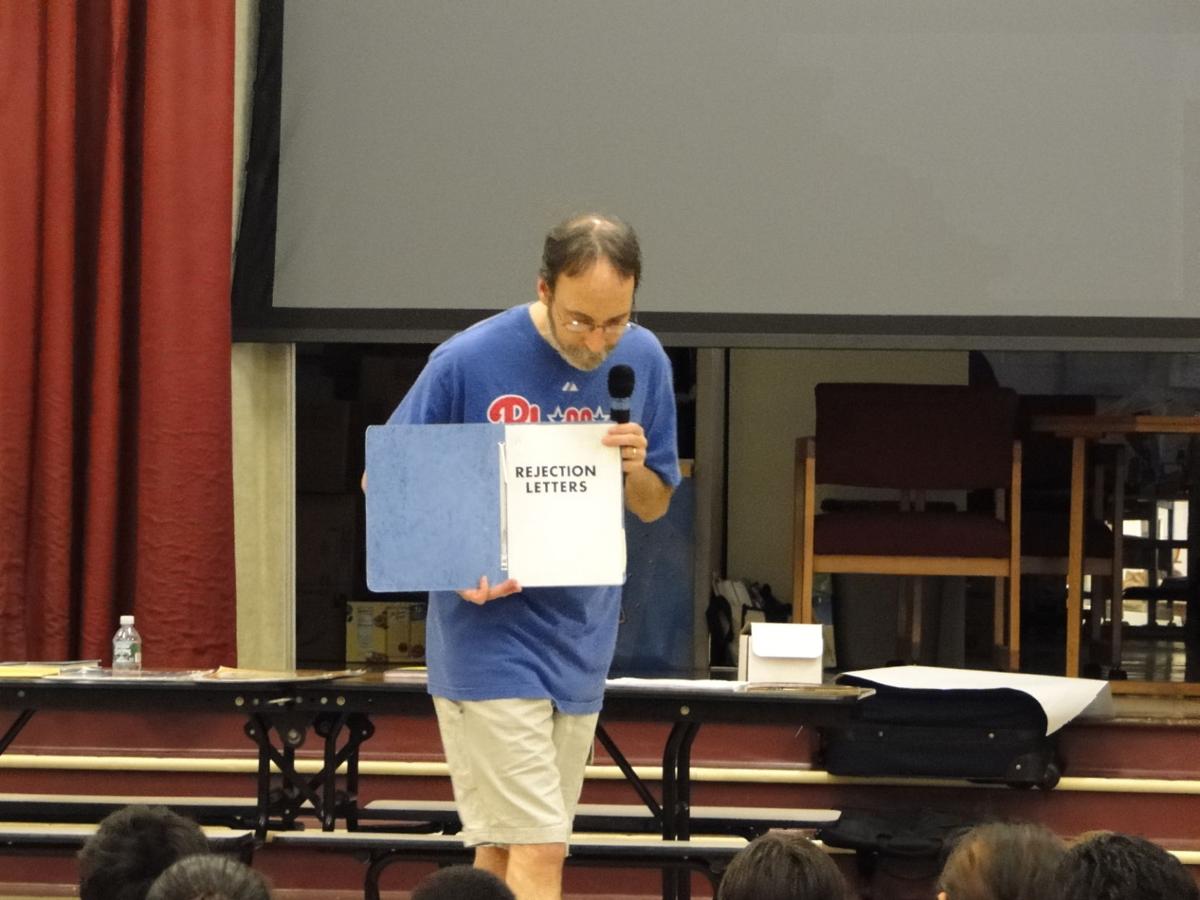 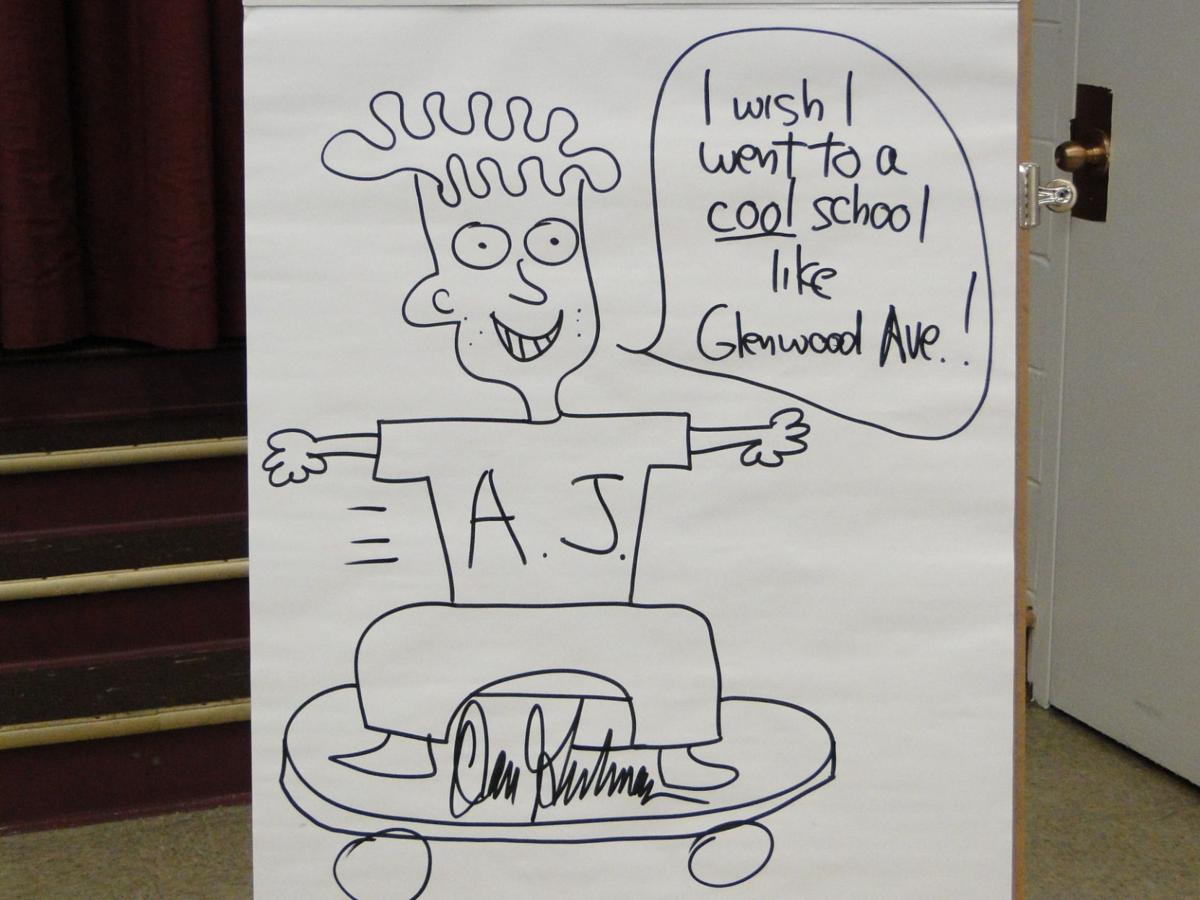 Freeholder Ralph E. Bakley, Sr. and the Cape May County Board of Chosen Freeholders honored Theresa Bryan, a teacher in the  Upper Township School District for eleven years, for being named the 2009-2010 Cape May County Teacher of the Year.

Freeholder Bakley said, "Theresa Bryan, a preschool special education  teacher at the Primary School, is involved in many activities and is  committed to working with others to make the entire school a positive place  for students. She has been described by others as a dream co-worker, always  willing to support others."

Bryan will now compete in the state-level Teacher of the Year Program. The  winner will be announced in October.

The following are awards and scholarships many of the students received:

Lauren Marshall - Award for Outstanding Work in Religion: Donated by Catherine Magee in memory of her daughter, Jeannie Gibson.

Olivia Gorecke - Award for Outstanding Work in Language Arts: Donated by Cass Magee in memory of her husband, Richard Magee.

Kaitlyn Fox - Award for Outstanding Work in Algebra: Donated by Mrs. Hendee and her mother, Bonnie Stein In memory of their beloved brother and son, Chad Stein.

Katie Seliger - “In Search of Excellence Award” in recognition of academic strides and character development donated by Dr. Bray and Dr. Pfund Orthodontics.

Joseph Bravo and Kaitlin Kenney - Knights of Columbus of Our Lady of the Angels Award.

Olivia Gorecke - Service Award in recognition of a demonstrated sense of good will and scholarship throughout the school and community: Donated by the Office of Dr. Finkelson Orthodontics.

Emily Freeman - Award for Consistent Generosity and Service to Others: Presented by the Sisters of Mercy in memory of their loving founder Catherine McCauley. This award is presented to the graduate who consistently shows great tolerance for all and who exhibits qualities of service for God without expecting thanks.

In other Bishop McHugh news, fourth grade Social Studies teacher Margie Cullen recently introduced her students to the Flat Stanley project. This fun-filled project is an outcome of the Flat Stanley adventure books. Students created their own "Flat Stanley" and mailed him out to family and friends all across the United States. The students then coordinated pictures, postcards, letters and other memorabilia into their finished projects. Some places Flat Stanley visited were California, Florida, Maine and even the White House.

Dr. Cuozzo presented topics all day in science classes as well as a culminating presentation to the school body and visitors. He shared his experiences in research and travel abroad relating some of the discoveries that have been made as to the age of the "Neanderthal Man" and other interesting facts he has found.

Currently, Dr. Cuozzo is working on the contents of a T-Rex's stomach, a job that enthralled many students. The details of that find have not been released to the public, but he promises that the information he and the other scientists are gathering will be food for many interesting discussions.

Those interested in the GED test must bring a money order or cash for $50 (no personal checks) and one form of government-issued photo ID. Applicants who are 16 must present a photo ID, original birth certificate and Social Security card; also, 16 and 17 year olds must present their certificate of consent to participate at the time of registration. Contact the GED office for a form.

Arrangements can be made for all of the GED testing information contained in this notice to be better profiled to individuals with limited English language skills or with impaired sensory, manual or speaking skills to enable them to benefit as qualified for opportunities addressed in this notice. Special GED testing accommodations may be requested for individuals challenged with diagnosed physical, emotional or educational special needs.

In other Tech news, a multi-faceted project that promotes solar energy to the community, trains people to install solar panels with hands-on learning experiences and provides electricity to the Wetlands Institute was officially dedicated May 14.

Officials from the Cape May County Technical School District, The Design Collaborative, the Atlantic Cape May Workforce Investment Board, the International Brotherhood of Electrical Workers, Local 351 and the Wetlands Institute partnered on the project which was funded with grant money from the American Recovery and Reinvestment Act.

The WIB also provided 14 students who took classes at the Technical School District through the evening school program from January to April studying solar panel installation.

The grant proposal had four major initiatives including solar panel installation, hands-on learning, and a community venue to show the benefits of solar energy and foster a better understanding of solar energy and job opportunities and an educational partnership to benefit adult and high school students in the future.

The Technical School District and the Wetlands Institute will continue the renewable energy education program for at least five years to help New Jersey’s efforts to reach a 20% reduction in fossil fuel energy consumption by 2020.

Six students from Cape May County Tech brought home the gold from the SkillsUSA Championships May 8 at the Garden State Exhibit Center in Somerset. In June, they will compete on the national level in Kansas City, MO.

Nancy Fissel, an English teacher at the school, was named the 2010 State SkillsUSA Advisor of the Year.

When it comes to bringing home awards in categories from job interviews to best dressed, nobody does it better than the FFA Chapter at the Cape May County Technical High School. This year the chapter returned from the New Jersey FFA convention held on the campus of Cook College with scholarships, chapter awards, student/teacher recognition and more.

JoAnn Sopcak, who teaches agri-science at the school and is an FFA advisor, was named the 2010 National Association of Agricultural Educators Outstanding Teacher in New Jersey along with a Superior Teacher, Gold Rating.

Children’s author, Dan Gutman, visited the students at Glenwood Avenue Elementary School on June 1. “I hated to read as a kid,” Gutman told the students. “But around the time I was ten years old, I became a big sports fan. I wanted to know everything about sports. Reading baseball cards, magazines, and biographies of my favorite athletes made me into a reader.

My mother was astonished that I grew up and became a professional writer.” Dan Gutman took the students through the steps of the publishing process, from the first idea to the finished book. He told students about the amount of rejection letters he received for his manuscripts, but emphasized how he never gave up.

In other Glenwood news, May 27, the students celebrated Community Spirit Day. The activities began at the Wildwood Convention Center with members of the Vietnam Veterans of America Post 955 and students saluting the American flag.

The elementary and high school choirs entertained everyone, and the highlight of the opening festivities was the presentation of a donation from the Glenwood staff to Ted Greenberg, a reporter from NBC 10, who accepted it on behalf of the Leukemia and Lymphoma Society. Throughout the day, students had fun at various field activities and community sponsored presentations.

The fun-packed day ended with a water ice treat, compliments of Rita’s Water Ice. Our thanks to all staff at the Wildwood Convention Center and to all the presenters and organizations who made our Community Spirit Day tons of fun!

The Stone Harbor Elementary School’s eighth grade class recently returned from a three-day trip to our nations’ capital. The students had many opportunities to combine learning and fun.

Upon arriving in Washington, the group met with Congressman Frank LoBiondo for pictures and a tour of the capital. Next they were off to the Smithsonian and divided into two groups based on their personal interests. A night tour of the famous monuments was one of the class’s highlights of the trip.

Day Two was kicked off at the Newseum where students were able to record their own broadcasts as well as tour one of Washington’s newest attractions.

They had a brief stop at the National Aquarium to view an exhibit on sea life and the ocean environment. The students found intrigue and mystery at the Spy Museum. This museum is always a favorite with both the girls and the boys. The group spent an hour trying to solve an international secret.

That evening was spent at Ford’s Theater viewing “ A Little Shop of Horrors”. This lively musical, a former Broadway hit, was fun for the entire eighth grade.

Day Three began at the Holocaust Museum where they were able to tour Daniel’s Story followed by a tour of the permanent exhibits documenting the history of the Jewish people during the W. W. II era. The trip concluded touring Union Station before boarding AMTRAK for the ride home.

Each year the eighth grade class enjoys earning money and planning for this three day highlight of their final year at Stone Harbor School.

8th grade student Lauren Legler recently organized a school wide drive for the benefit of the Cape May County Animal Shelter. While volunteering at the shelter, Lauren became aware of a critical need of basic supplies. Her efforts exemplify the character trait of the month at Stone Harbor School, citizenship.

Anyone interested in donating supplies to the animal shelter may drop off food, paper towels, animal beds or monetary donations to the shelter at 110 Shelter Road, Cape May Court House.

The Stone Harbor Elementary School is planning to celebrate its 100th Anniversary on Friday, September 24. The school is inviting all alumni for an assembly and barbecue on that day from 11:30 a.m.

• A favorite memory of S.H.E.S

• Will you attend the assembly/ barbecue?

• Will you attend the evening social?

• Do you have any additional school memorabilia you would like to display for the anniversary? Please specify.

Send your school news, updates, and photos to jcampbell@cmcherald.com