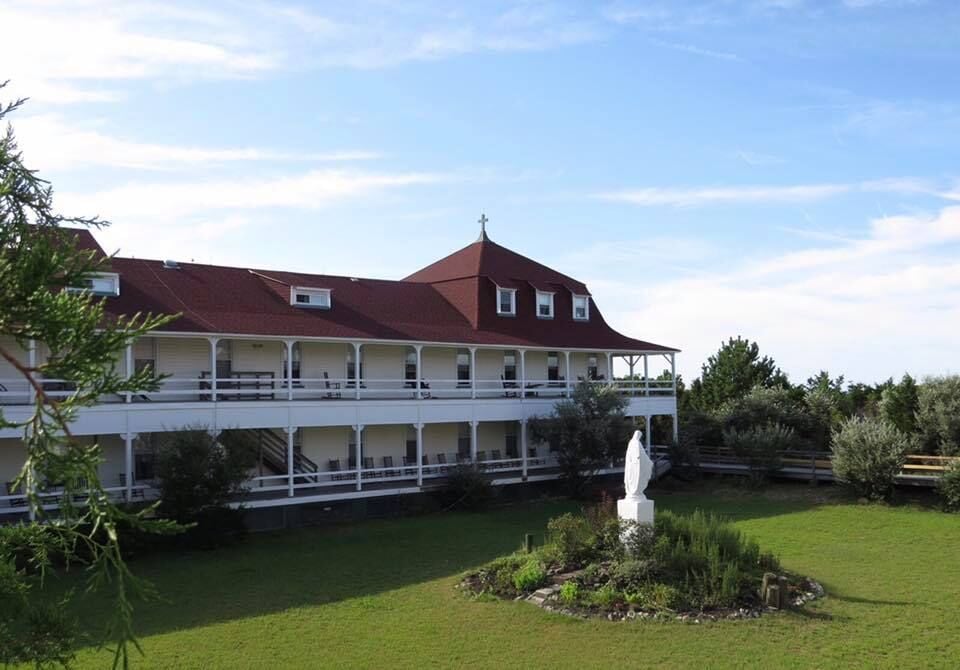 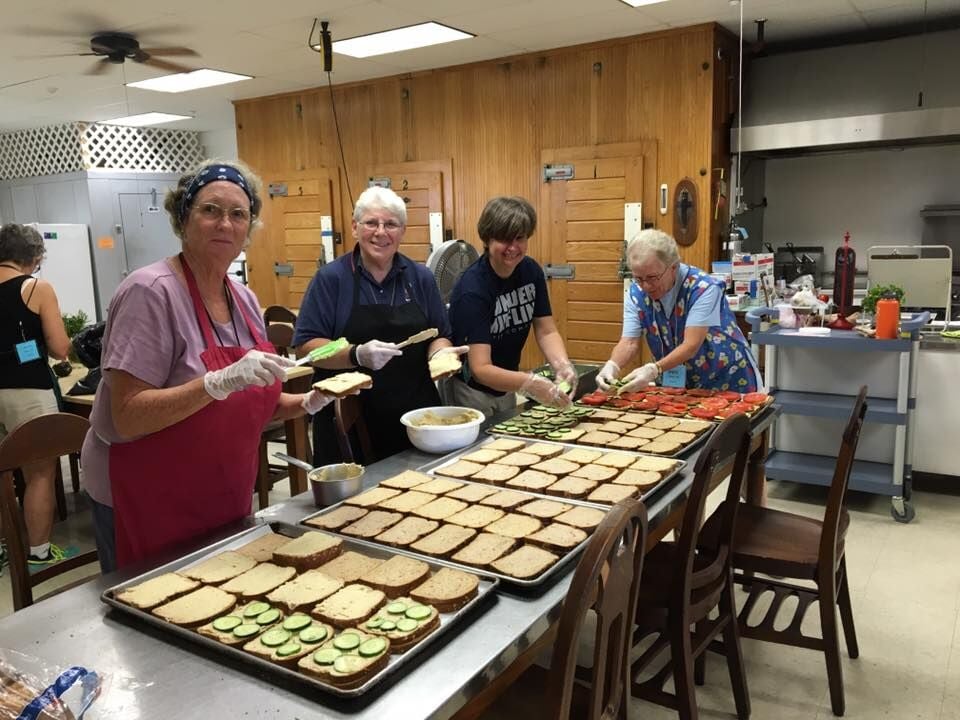 Sisters and volunteers share kitchen responsibilities and good times together.

CAPE MAY POINT – “There are so many rumors out there,” Sister Sharon McCarthy said Sept. 17, referring to the historic Saint Mary by-the-Sea Retreat House.

Owned and operated by the Sisters of St. Joseph, in Chestnut Hill, in Philadelphia, Saint Mary has opened its doors for retreats since 1909. The sisters’ memories run deep, McCarthy testified, sharing her experience and the truth facing this historic icon.

Located in Cape May Point, the retreat is one of several landmarks, including the Cape May lighthouse and Marianist Family Retreat Center.

Cape May Point was founded as a Presbyterian retreat, as well as an escape from Philadelphia’s heat.

The property was sold and transformed into the Home for Aged and Infirm Colored People, in 1898. After the venture failed, the Sisters of St. Joseph purchased the land for $9,000. Rev. Daniel McDermott assisted the sisters in the purchase, and the retreat was named in honor of McDermott’s former parish.

Due to beach erosion and a winter storm, in 1962, Saint Mary was moved to its present location. Lay women and men, along with sisters from other congregations and clergy, have found tranquility among sandy dunes and scarlet sunsets.

“Our mission provides a quiet place for one to connect with God,” McCarthy said. Achieving a “rhythm” of rest, quest, and simple, nourishing meals is the goal, according to McCarthy, who is the administrator of the retreat house. The health of the mind and body facilitates spiritual health.

“It’s rustic,” McCarthy explained, “but it is adequate.”

This year changed the sisters’ expectations for the retreat season, as COVID-19 restrictions cancelled it.

The unexpected death of Sister Ann Raymond Rafte also impacted the sisters. According to Saint Mary’s website, Rafte, who served as the retreat’s director, from 1989 to 2010, is remembered for her “gentle manner” (https://bit.ly/303ltht).

McCarthy, who joined the order, in 1974, serving in education and teaching, said COVID-19 may impact Saint Mary’s future. Depending on the pandemic, one of two outcomes will occur:

* If restrictions are still in place, in 2021, the retreat will formally close.

The decision was not made lightly, according to McCarthy.

“We are all getting older,” she said, noting the number of stairs inside Saint Mary poses problems for older sisters and volunteers. “Our numbers are getting smaller and smaller.”

Official plans for the site can’t be made by the Sisters of St. Joseph because the property will be sold; however, the sisters expressed their desire for the land “to go back to nature,” and not be developed. The property’s fate will be determined by the buyer, who will be informed of the order’s wishes.

Plans to demolish the retreat house surfaced, in 2018. The sisters will not demolish Saint Mary, according to McCarthy, but the final say rests with whomever purchases the property after two years’ time.

Whatever fate the property faces, McCarthy remains confident that Saint Mary’s mission will live on in the hearts of those who found rest along the water’s edge.