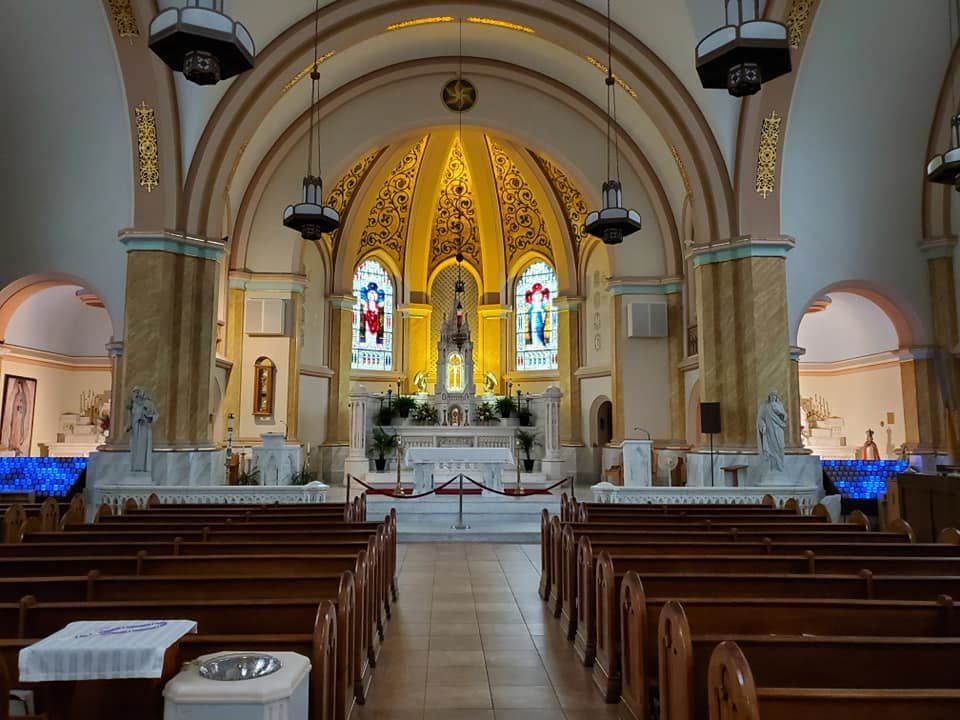 Our Lady Star of the Sea is the oldest Catholic Church in Cape May County. 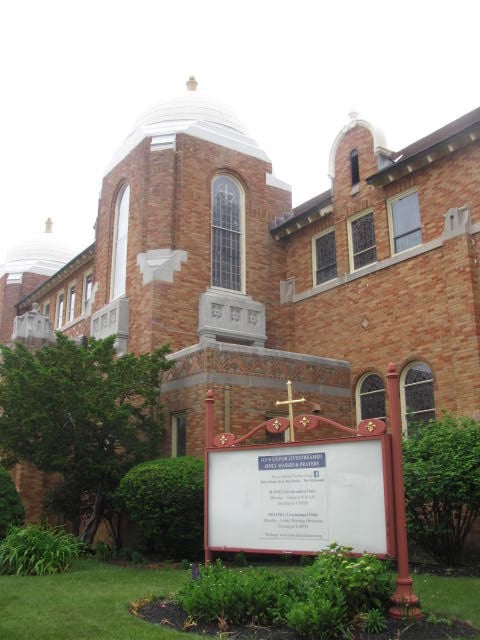 St. Anne’s Church, in Wildwood, is the second oldest Catholic Church in Cape May County. 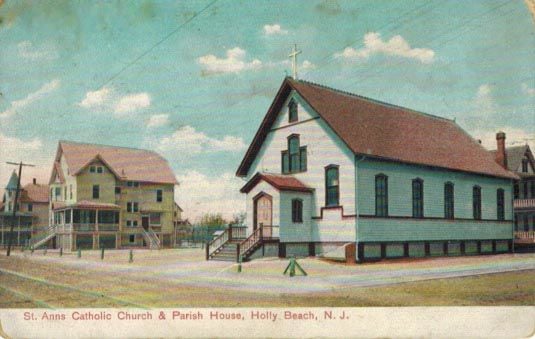 A postcard of St. Anne’s Church as it looked in the early 1900s.

AVALON - It’s easy to pass churches with gleaming crosses and statues without paying attention. Names such as St. Ann's, St. Mark's, and Notre Dame de la Mer blend in with the landscape, but how much is known about their history?

For Roman Catholics in Cape May County, these symbols and names are personal, woven in a continuing story of faith, perseverance, and answering God's call.

In the 1700s, Cape May County was a predominately Anglo-Saxon world. Most of the settlers came from Great Britain, bringing their Protestant beliefs with them. Early America viewed Catholics suspiciously, and the once persecuted became the persecutors. Catholics could not participate in public life and were forced to worship secretly, as their Protestant counterparts once did.

Apart from Maryland, Pennsylvania was one of the few colonies where Catholics could openly worship, climb the social ladder, and own property. If a man owned property, he could vote and have a voice in the community. Philadelphia became a refuge for many ethnic and religious minorities, such as Catholics, German Anabaptists, and freed slaves.

According to historical records, English Catholics settled along the Delaware River, in Salem County, as early as 1672; however, the settlers were a minority among Swedish Lutherans and English Quakers in the area.

After the American Revolution, Catholics enjoyed more religious freedom, although the New Jersey Constitution banned Catholics from holding state office positions. As Cape May's popularity as a seaside resort grew, Mass was openly celebrated in 1803, under Rev. Michael Hurley, an Augustinian friar from Philadelphia. Being Irish, Hurley was the first vicar general of the Augustinian Province in Philadelphia.

According to Rev. Mark Cavagnaro, pastor, St. Brendan the Navigator Parish, in Avalon, those early services marked the beginning of Catholic life in Cape May County. The church was named St. Mary's in 1848. St. Mary's incorporated as Our Lady Star of the Sea in 1878 and survived the great fire of the same year. Our Lady Star of the Sea was under the Diocese of Trenton until the Diocese of Camden formed in 1937.

In a May 26 phone interview, Cavagnaro explained how Catholic immigrants gradually changed demographics in the county, especially in Stone Harbor, Avalon and Sea Isle City.

At the turn of the 20th century, immigrants from Ireland, Italy, Poland, and Eastern Europe poured into New Jersey and Pennsylvania. Those who settled in Philadelphia visited the shore during the summer, and, according to Cavagnaro, their descendants kept coming.

Church records show how approximately 9,000 worshipers attend Mass during the tourist season. Approximately 1,200 attend during the "offseason," September - April. St. Brendan's was formed in 1913 and conducted mission work in Avalon. Maris Stella, St. Paul and Sacred Heart are three churches within the parish.

Cavagnaro said he is not personally aware of any persecution; however, Protestant groups harassed Catholics farther north in the state. A sobering example points to the theft of the first two cornerstones of St. Mary’s, in Gloucester. According to Camden County history, the perpetrators were members of the “Protestant Crusade,” who objected to Irish Catholics in the 1840s. Catholics did not enjoy full citizenship rights until 1844.

The Wildwoods also experienced changing demographics as immigrants came, resulting in St. Anne's formation, in 1897. It's the second oldest Catholic church in Cape May County. Italian and Irish workers helped to form the backbone of small businesses and the hospitality industry.

The Troiano family, whose roots originate in Italy and Hungary, built a thriving concrete business after arriving in Wildwood "by mistake." In the early 1900s, Dominico Troiano fell asleep on a train from Philadelphia bound for Atlantic City. Instead, he woke up in Wildwood and never left.

“If I know 10 people on the island today, they knew thousands back then. Everyone was like family,” Ernie Troiano Jr., Wildwood's former mayor, said previously. “Back then, in Wildwood, everyone was pretty much poor, but no one knew it because everyone had such a wealth of community, a wealth of neighbors.”

What Does it Mean to be Catholic?

"We believe in the teachings of Jesus," Cavagnaro said. "We are apostolic, based on the authority of the original twelve disciples."

While including many beliefs observed by Protestants, Catholics submit to the Pope's authority. The formal structure of the Roman Church hinges upon a hierarchy of bishops and cardinals, who are under the Vatican's authority. Catholics also believe that the bread and wine given during communion becomes Christ's body and blood.

"This is a great mystery," Cavagnaro said.

Cavagnaro has served in priesthood for 40 years. Originally from Vineland, Cavagnaro said the desire to serve was kindled while in the fifth grade.

"That's when boys start growing up," he explained.

Cavagnaro said that any vocation is a call from God, His spirit speaking to yours. He also believes that part of the crisis within the church today springs from men and women not saying yes to God's calling.

He is scheduled to retire in July, but due to COVID-19, it may be “pushed back” if Bishop Sullivan, of the Diocese of Camden, determines.

St. Brendan's outreach goes beyond Stone Harbor and Avalon. Participation in local organizations, such as Family Promise and The Branches, allows congregants to help the poor and those suffering from domestic and substance abuse. By working with local government officials, Cavagnaro said much good can be accomplished for the county.