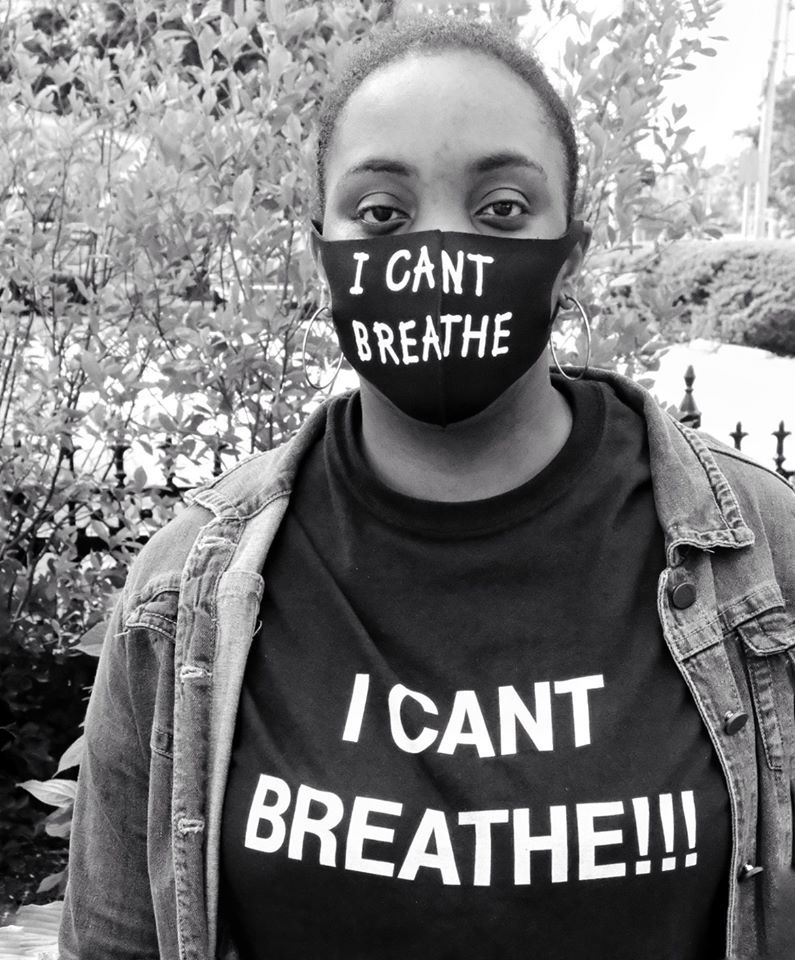 A Macedonia Baptist Church member participates in an interfaith prayer vigil to end racism in Cape May County June 5. 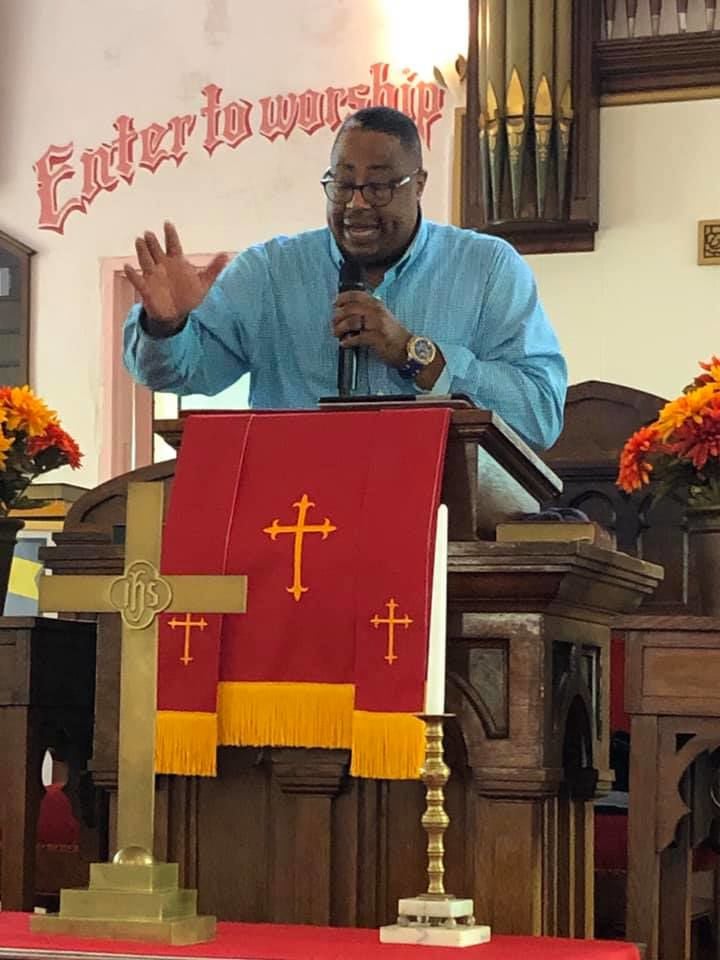 CAPE MAY ─ The cry for police reform and justice has taken a global voice in the wake of George Floyd’s death, in Minneapolis.

For some, the conversation is an uncomfortable one, Black or white. For people of Christian faith, the conversation takes another turn, one rooted in love and an understanding of Christ's gospel. Radical change in America is imperative, but the battle cry is for the transformation of the human heart.

The Herald reached out to various pastors/ministers in the African American community. Rev. Harold Harris, of the Macedonia Baptist Church, was interviewed June 21.

"These are interesting times," Harris said. A native of Vineland, Harris lives with his family, in Woodbine, while shepherding the church’s congregation, in Cape May. The church's history stretches back 130 years in the heart of the city, on Lafayette Street. The church can testify to years of triumph and struggle in a historically Black community.

Harris is taking action in a daily prayer effort he named "Prayer over Panic." Originally started as a response to COVID-19, Prayer over Panic invites church members and others to call and seek Divine provision.

"It's prayer over fear," Harris said. "We ask him (God) for guidance and protection."

Seeking God's face brings strength and perspective, according to Harris. His prayers are not only for the family of Floyd, but with the police officers involved and their families.

Harris' prayers for peace and reconciliation include changes in how police departments operate and function.

"I want to see more understanding," Harris said, referring to how officers interact with people of color. Harris experienced firsthand "fitting a profile" several times in his adult life.

"I was pulled over because I fit a description," Harris explained.

Because of questionable practices, Harris wishes to see more African American youth pursue careers in positions of leadership; i.e., law enforcement and the criminal justice system. Young people of all ethnic backgrounds are "standing up," according to Harris, but civil protest alone can't bring about change.

"Young people need to take the opportunity to educate themselves," Harris said, "so when they step up, they can be in a position of leadership."

Harris said there is nothing wrong with desiring to be in the music or sports industry, but encourages African American youth to think about being part of the change. In an age when being a police officer is not ideal, Harris said the perception of both sides could alter for the better if more youth trained for law enforcement and studied law. Training practices must change for younger officers to have a chance, Harris said.

According to the Macedonia Baptist Church Facebook page, members participated in an interfaith prayer vigil to end racism in Cape May County June 5.

Harris remains optimistic for change, as he witnesses the faith and integrity of local leaders; i.e., Cape May Mayor Clarence Lear and Police Chief Anthony Marino.

“We have good cops,” Harris said.

Another initiative for change rests in the Harriet Tubman Museum, located on the property adjacent to the church. The museum held a virtual opening June 19, marking “Juneteenth.” Due to COVID-19, the museum can't open its doors to the public until it is safe for visitors.

Harris believes that “public perception” of African American history will change due to the museum’s impact in telling this vital part of local history.

Sydnie Jordan-Smith, a local artist, painted murals for the museum, featuring Tubman as she led slaves north to freedom.

“I would like to see the world come together as one,” Smith-Jordan said June 18. “The past should not have a future. God commands us to love. Love is the highest commandment. My faith helps keep me in line because returning hate is not an option.”

Jordan-Smith’s mother, who ministers in her church, also commented on how faith provides guardrails from falling off into hate.

“God delivered me from that,” Joan Kalu said, during a phone interview June 19, describing her conversion experience at 21. “When I was born again, I felt love for people.”

Kalu, 66, grew up in Durham, North Carolina, during the height of the civil rights movement, and recalls the days when it was “disrespectful” for an African American to make eye contact with a white person.

“God will satisfy you,” Kalu said, as a message to anyone who feels hatred toward another human.