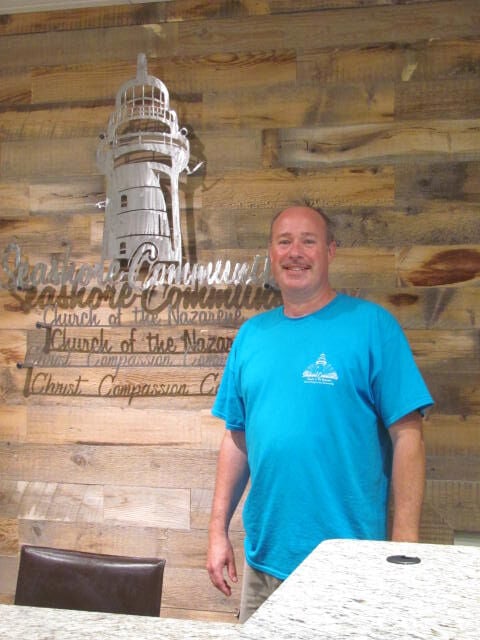 Pastor Tim West remains dedicated to his mission at Seashore Community Church of the Nazarene, in Erma. 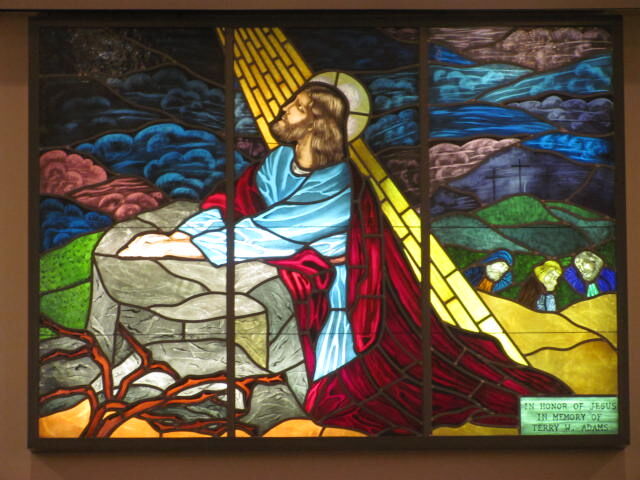 The term Nazarene refers to Jesus of Nazareth who ministered to the outcasts of society. 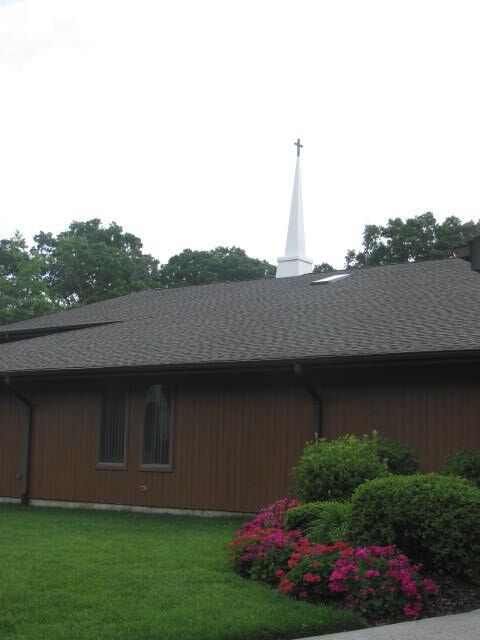 The present church building has stood since 1952, along with more recent additions. 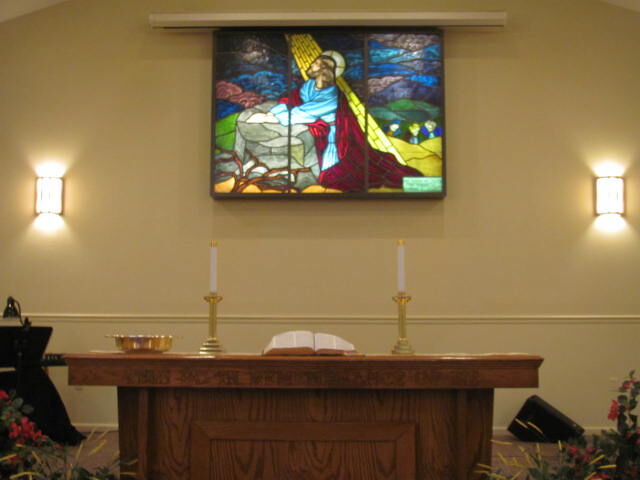 The term Nazarene refers to Jesus of Nazareth who ministered to the outcasts of society.

ERMA – When one hears the word “holiness,” what springs to mind? For too many, holiness invokes the image of someone who looks down on others, sneering behind another’s back. Hypocrisy sneaks in, as well, conjuring the idea of “cherry-picking” virtues and vices.

“I am a servant,” West said, sitting in his office July 7. His Marine uniform coat hangs on display, testifying to his years in the Marine Corps. From combat to a successful real estate career, West’s journey to becoming a pastor underscores Nazarene Church’s teaching.

According to West, the Nazarene movement grew out of Methodism, in the late 1800s. Dr. Phineas Bresse, a Methodist pastor, in California, was alarmed at how the organized church did so little for the poor and marginalized in society. In 1894, Bresse left the Methodists and began church planting in urban areas near Los Angeles.

The term Nazarene comes from the Bible, referring to Nathaniel, who asked, “Can any good thing come out of Nazareth?” (John 1:46, King James Version) Jesus Christ came from Nazareth, a city in northern Israel with a poor reputation. Bresse chose the title Nazarene as a symbolic gesture.

“We take it seriously,” West explained.

What Do Nazarenes Believe?

Nazarenes hold to the historic doctrines of Protestantism, with an emphasis on holy living, missions, and entire sanctification. Rooted in John Wesley’s teachings, entire sanctification means that a believer can choose a life free from sin. West explained the teaching as a “second work of grace.” Salvation comes first and then entire sanctification. The experience of total surrender to God, and his will, varies from person to person, said West.

Mistakes will be made, but sin, according to West, is a “willing transgression against a known law.” For example, if one were to speed in a 55 mile-an-hour zone, but didn't see the sign, they have not broken the law.

West clarified the issue further by saying God’s grace is “out there,” working on our behalf ahead of time.

How Did the Nazarenes Come to the County?

The Holiness movement encompasses the Nazarenes, and a wide spectrum of groups, who hold to similar beliefs. Holiness revivals spread across the state throughout the post-Civil War era.

In 1867, Methodist ministers John A. Wood and John Inskip held camp meetings in Vineland, sparking a series of meetings across the nation. Methodists, Brethren, and Mennonites came together, unified in doctrine, a desire for holy living, and missionary work. The newly formed Nazarenes joined the ranks, in the 1890s.

According to church records, the church was originally called The Pentecostal Church of the Nazarene. The present building was dedicated in 1952.

Members of Seashore Church are highly involved in community outreach, according to West. Due to economic hardship inflicted by COVID-19, the church expanded its food pantry service. West said over 40,000 pounds of chicken were distributed to other local food banks and locals in recent days.

West said the struggle with COVID-19 impacted the church personally. Sadly, a 55-year-old member of Seashore Church recently passed away due to the virus.

The church planned to open its doors July 12 for its first in-person service since March. In the ministry annex, chairs were spaced apart and hand sanitizer stations were in place.

West and his family have been in Erma for two years, having come from another ministry in Winchester, Virginia. West and his wife, Amanda, met while in the Marine Corps. They are excited for continued church growth, as young families continue to come and “plugin.”

When asked what his top priority is, as a pastor, West replied, “For people to fall passionately in love with Jesus.” He also wishes to see the congregation serve others as “servant evangelists” in their communities.

“Cape May County has a lot going for it,” West said. He seeks to help curb addiction issues, homelessness, and mend broken families.

As the world recoils from social unrest and the impact of COVID-19, holiness shines a guiding light for helping one another.